Some 35 participants from Hope Worldwide and Anglicare PNG recently completed a week–long training on Introduction to HIV Counselling and Testing.

Mary is a HIV Counselling and Testing Technical Officer with the HIV and STI Surveillance Unit of the National Department of Health (NDoH).

She conducted the training over a two - week period with the support of World Vision’s Global Fund TBHIV Program’s Key Population Capacity Development Specialist – George Raubi. Mary says the approach is to assist in fighting the HIV pandemic in the country and is aligned to the National Guideline set by NDoH.

In Papua New Guinea an estimated 45, 000 people are currently living with HIV and of that number, only 65 percent are on antiretroviral medication. This means that an estimated 30,000 people are yet to be tested and put on treatment.

Mary adds that the training is to build the KP’s capacity to go out to communities and reach people who find it hard to visit clinics for HIV counselling and testing services.

Mary says that counselling is an important part of HIV testing because it enables people to understand each other, in this case the KP’s who will be taking the lead in conducting community based testing and counselling. 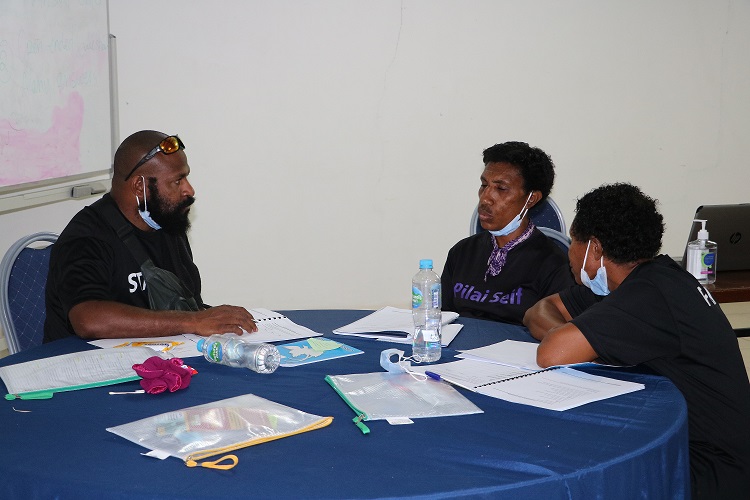 Previously, counselling and testing has been left to clinicians but this will be changed because, members of the Key Population are now equipped with skills to counsel their peers in communities that they work with.

“The more counselling they (KP’s) do, the more it helps them to develop their mindsets. So it’s a personal development training for them (KPs) so they understand the different kinds of people they will be inviting to do tests.

This training will up skill them on how to use their communication skills to help people understand that testing and knowing your HIV status is good. And the benefit of testing is that we have medicine already available for care a treatment”, says Mary.

Among those who attended is Jane, a transgender woman who works as a Case Field Worker with Hope World Wide PNG. 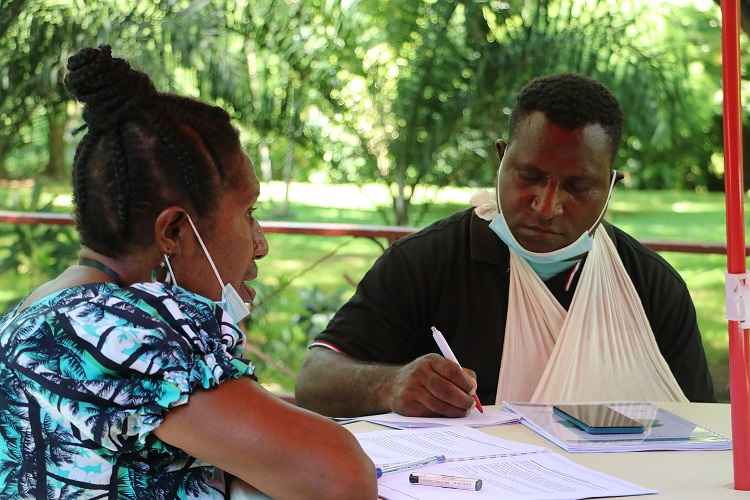 She says that the training taught her many important skills about counselling and general communication that she will be able to use in her field work. “One of the most important things that I have learnt from this training is on confidentiality.

She adds that before the training she did not understand why it is important to maintain confidentiality of the people she met whilst doing her work.

On a daily basis, Jane and other case finding officers (CFO’s) have the job of identifying people for HIV and STI Testing and refer them to clinics.

Augustine Nepa, AnglicarePNG Monitoring and Evaluation officer who also attended the training, says that the training will enhance their fieldwork, in clinics and VCT sites.

Mary Daniel further adds that this an achievement that the National Department of Health NDoH has reached.

From these series of trainings, 10 participants from Hope Worldwide and 10 from Anglicare will be selected to undergo a week’s training on Voluntary Counselling and Testing where they will be taught how to conduct HIV tests in communities.

“After the training, we will launch the pilot project and then we will let them go out and do tests in communities while we monitor them, we will work with them”, say Mary.

She adds that in their training, participants have also been taught the standards of ethics, so they are able to deal with HIV reactive or positive cases and be able to refer this cases to feeder clinics where the patients will be re tested and confirmed of their HIV statuses.

“I would like to thank World Vision through Global Fund, Anglicare PNG and Hope Worldwide for funding this program.”

Mary adds that the NDoH had this activity in its plans since 2015 but could not proceed with it due to funding until Global Fund came on board and has now supported it to its fruition. 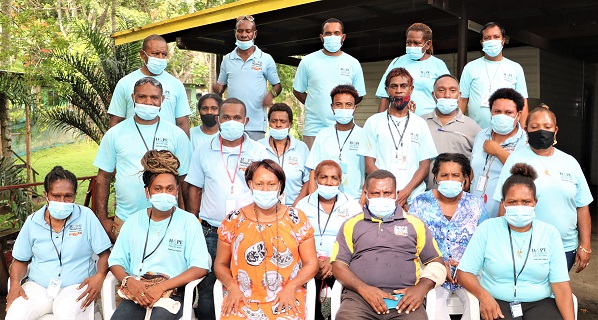 “The community based testing will bring testing to the people in communities. Sometimes people find it very hard to come to clinics because of stigma and so this approach will take testing and counselling into homes so no one will see them”, she says.

This approach will also enable KP’s to reach out to people living with HIV and TB who have defaulted – meaning they have stopped taking their medication so they too can be tested, given counselling and be put on mediation to stop the spread on HIV and TB.