“During the drought, I would wake up at 5 o’clock in the morning and start the long walk to collect water. Sometimes I would see snakes on the way. It took me about four hours to get there. I would try to make it to school after that but usually classes had finished by the time I arrived, because my school was very far away,” recalled 12-year-old Valdemira from Cunene Province in Angola.

Valdemira and her 13-year-old brother, Pastor, both collected water for the family but she bore most of the responsibility and missed, on average, three days of school each week in 2019. “It was hard for my mum to help collect water, because she has been sick for a really long time,” shared Valdemira. The tears that filled her eyes as she revealed her mum’s illness spoke volumes about the burden this young girl has had to shoulder. Missing so much school made it impossible for Valdemira to keep up with her classmates. 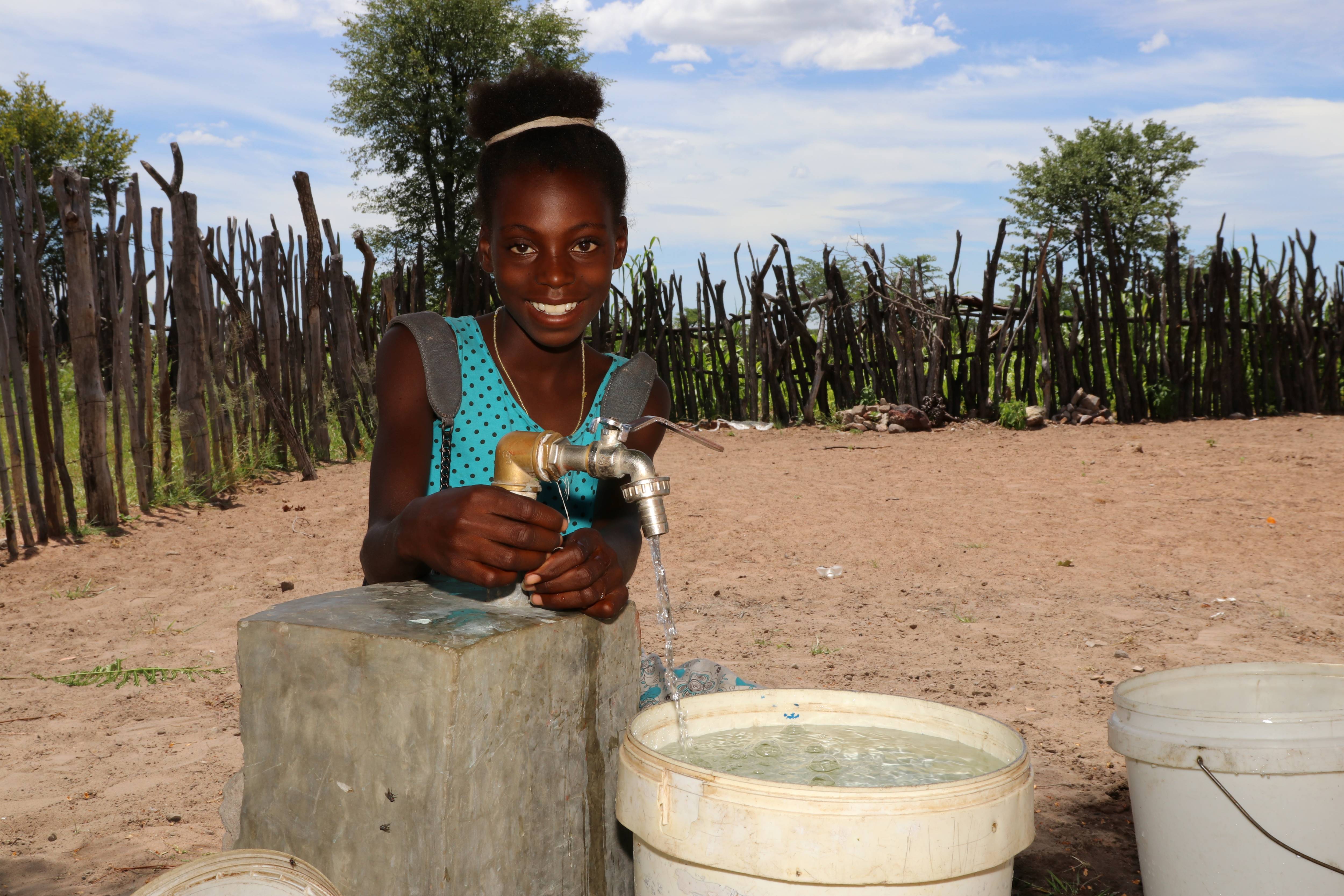 Climate change is now a permanent feature in Southern Angola, resulting in frequent droughts and irregular rainfall and in some years, flooding. The Intergovernmental Panel on Climate Change has acknowledged that temperatures have increased across Southern Africa, including Angola, in recent decades. Temperatures in the region are climbing faster than in other parts of the world.

Robert Jan Bulten, World Vision’s Director of multilateral grants in Angola said, “The changing climate in Angola is creating unbearable conditions for families already living below the poverty line.  “Vulnerable children have contributed the least to climate change, but they are the ones who are missing out on school, working to help support the family, vulnerable to sexual exploitation and being married off early so there is one less mouth to feed.”

Valdemira’s school has 300 registered students but during the worst part of the drought, only 100 students were attending school. Some schools in the area closed completely. Laura, a teacher at Valdemira’s school, shared some of the reasons for low attendance. “During the drought, some children went to Namibia searching for a way to survive.  Many children, like Valdemira, had to walk long distances to collect water and missed a lot of school. Some girls missed school because parents would go off to take care of cattle and they would have to stay home to look after their younger siblings. The effects of the drought are still with us. Currently, we have less than 50% school attendance,” shared Laura. 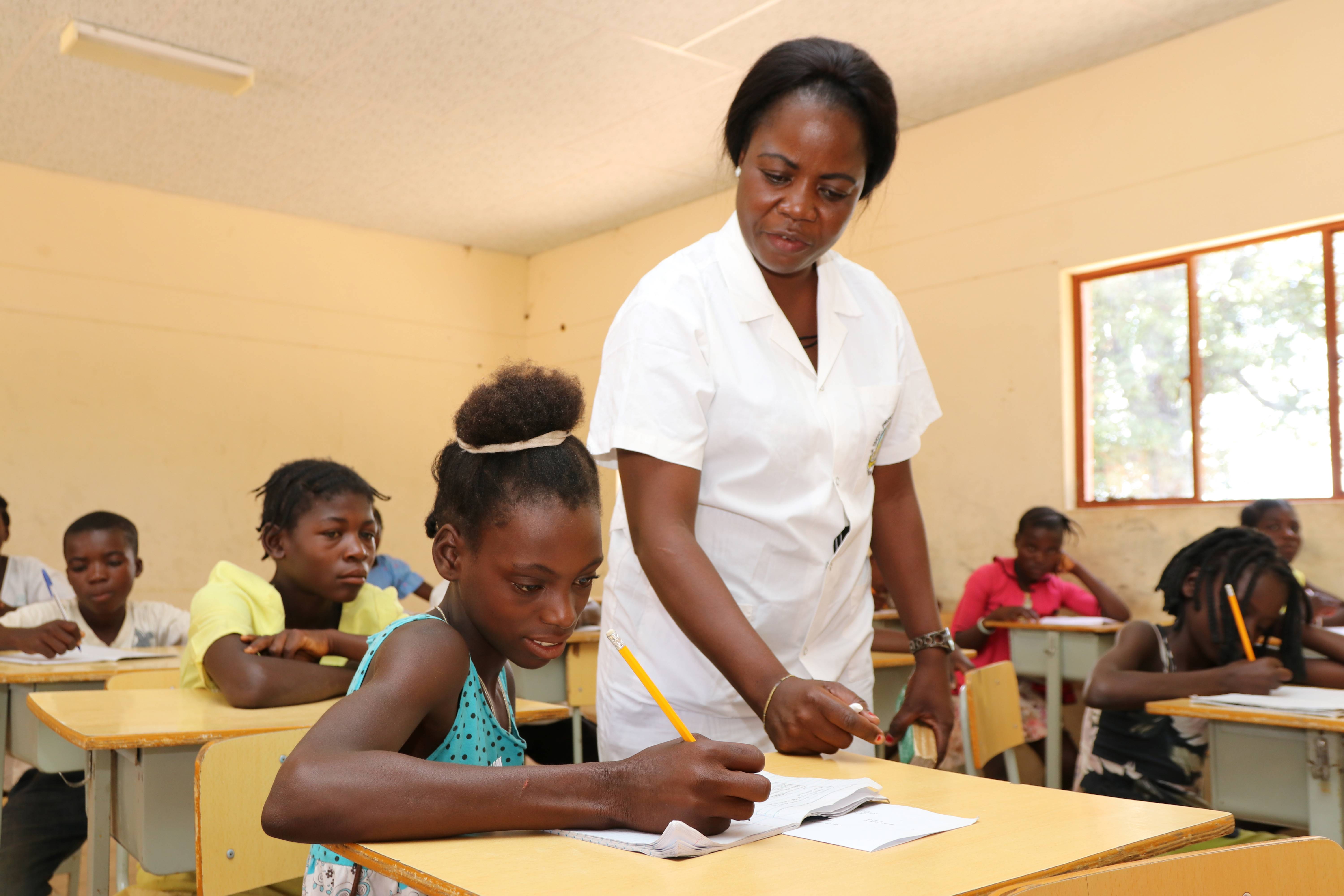 An increased likelihood of missing out on school is not the only risk faced by girls walking long distances to collect water. “Girls are exposed to a range of risks while walking for hours on their own or in small groups to collect water. We have heard of cases of girls being verbally abused or physically attacked,” said Anaina Lourenco, World Vision Angola’s Child Protection Manager.

A turning point was coming for Valdemira and her classmates. “Last year, I heard someone say the water point at our school was going to be fixed, but I thought they were lying. When I found out it was true, I was so happy because I knew I wouldn’t have to walk so far to collect water and I could go back to school every day,” recalled Valdemira excitedly.

Instead of walking four hours each way a few days a week to collect water, and missing a lot of school, Valdemira now does her usual two hour walk to school. She fills her large water container at the rehabilitated water point at the end of the school day, along with the other children, and arrives home with clean drinking water for the family. It’s still a lot of work, especially for someone so young, but being able to access clean water at school has transformed Valdemira’s life.

Laura is emphatic about the value of schooling for girls, “Education is so important for girls because it can open their minds to life’s possibilities,” she shared.

“School is really good because I learn how to read better. I like to read about nature and science. My friend has a book that I read from,” shared Valdemira.

The ripple effects of access to clean water for Valdemira and her classmates cannot be underestimated.

Although Valdemira was kept down a year due to missing so much school, her spirits have not been dampened. Her eyes lit up as she shared, “I want to be a nurse when I grow up. I want to take care of adults who are sick.”

World Vision rehabilitated ten water points in Cunene Province, Angola, providing access to clean water for 10,178 people with thanks to a generous donation from UNICEF. Ten water management committees comprising of community members were formed to maintain the water points.