On a piece of muddy land on the edge of the longest river in Bekaa Lebanon, many tents hosting thousands of war-fleeing Syrian refugee families were flooded with water, as a result of storm Norma. The storm hit Lebanon with heavy rainfalls and extremely low temperatures for over five days during the second week of January. Syrian refugee families have been some of the worst affected.

In Minieh in northern Lebanon, an eight-year-old Syrian refugee girl died after falling into a river. In the Bekaa valley, even though there have not been any casualties, refugee families have lost their homes.

“The kids woke up at 2 am shivering, and I noticed we were all wet,” recalls Abdel Karim, “I was confused as to where the water came from. I looked up to the tent ceiling – there wasn’t any water leaking in. It was then that I realized that the water was entering from outside.” 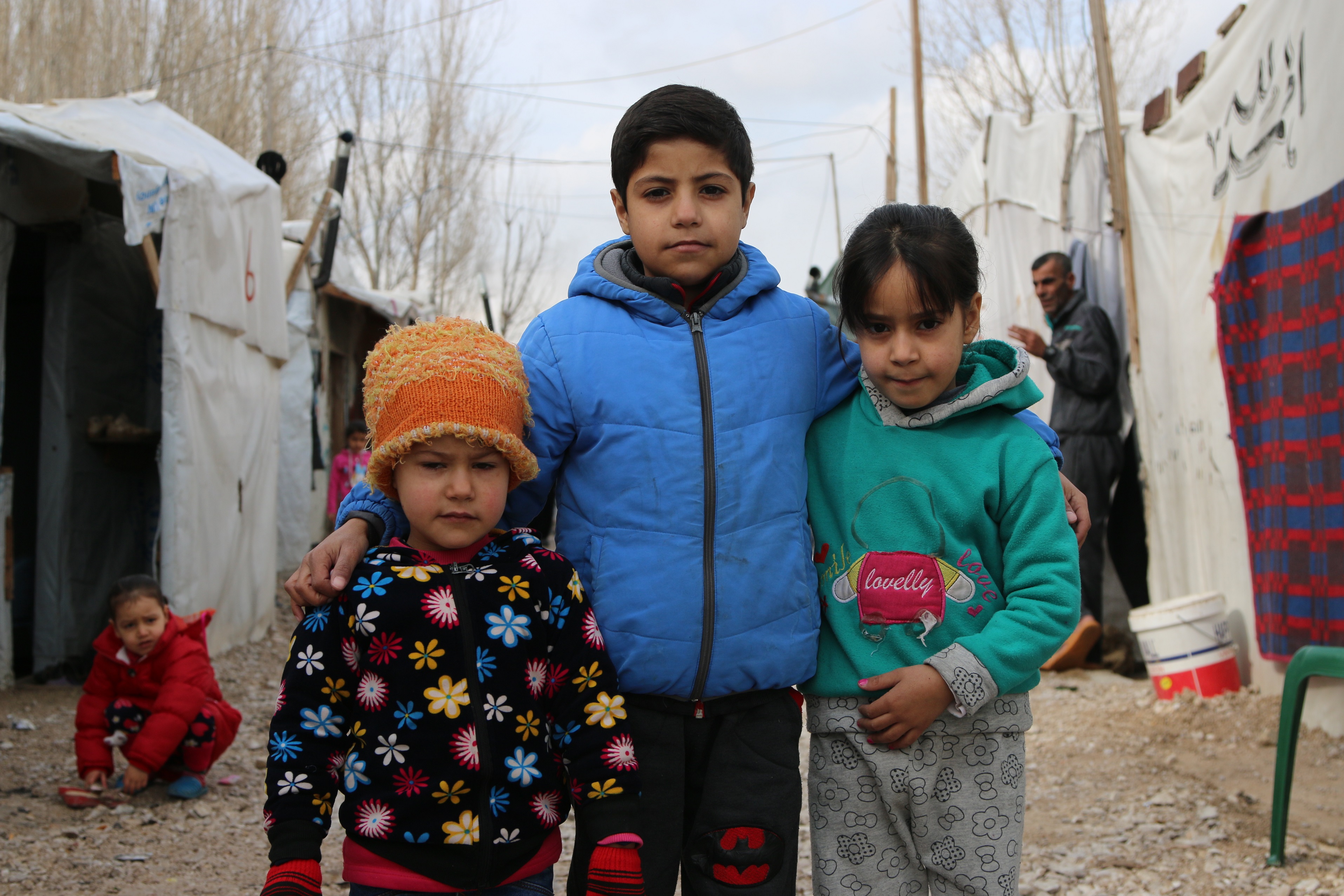 The 39-year-old father of four quickly opened the tent door and went outside, only to discover that the entire informal tented settlement was flooded with water. All of his neighbors were outside in the rain, wondering what happened.

“Mothers lifted their children to prevent them from getting in the 15cm-high water, while the men rushed to know what was happening,” says Abdel Karim. The families realized that the Litani River’s level was higher than normal. The water had rushed through all the tents along the banks of the river, washing away refugees’ scant possessions.

The settlement’s Shawish* Abou Talal immediately sought help, getting in touch with the humanitarian agencies operating in the Bekaa valley and local government officials in Bar Elias, the closest town.

“This tented settlement is home to 450 individuals and 100 children. We succeeded in moving the elderly and some of the families with children to a shelter provided by the town. But ours is just one of 100 affected settlements. Many families are still there, because there isn’t enough room for everyone,” confirms Abou Talal. 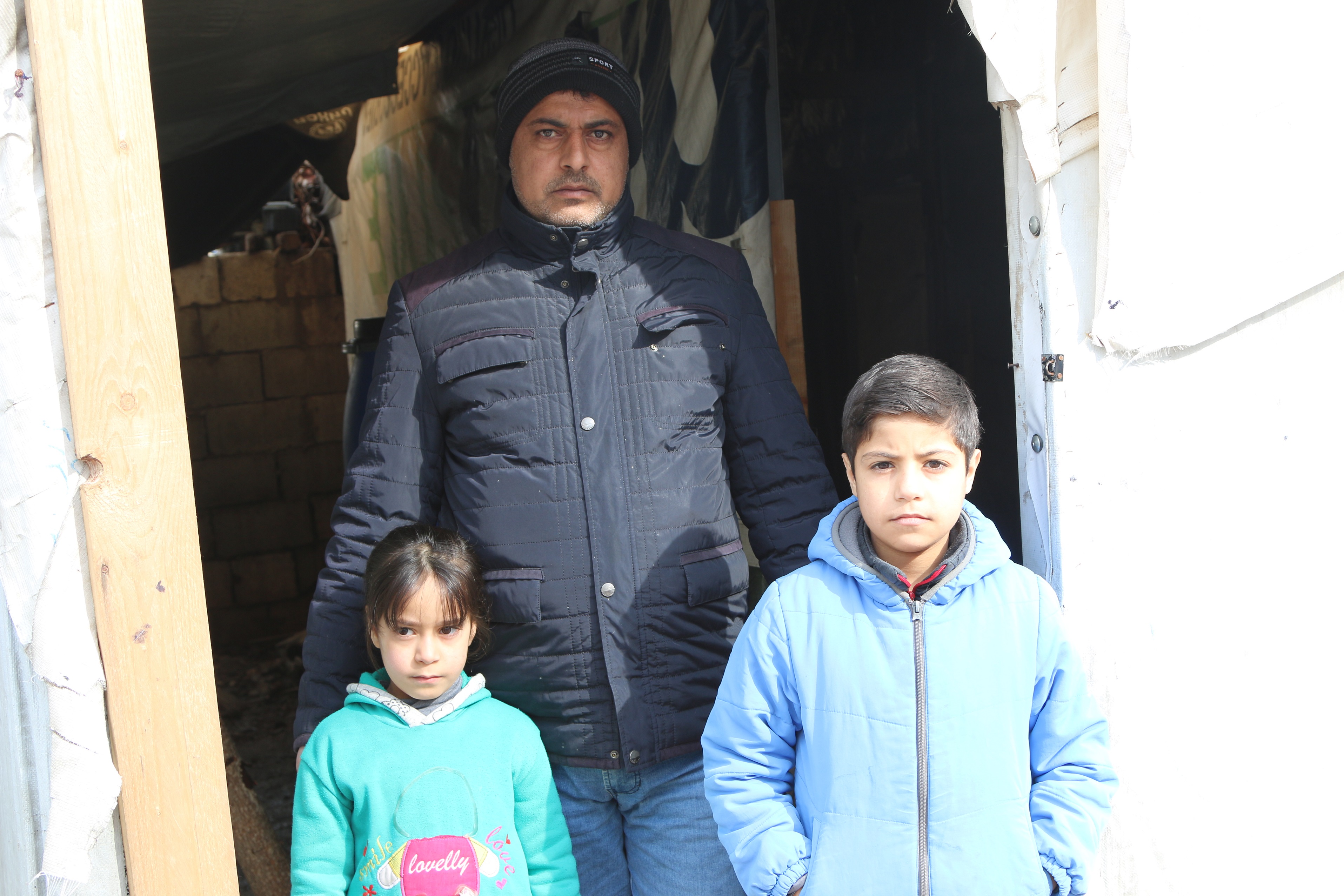 Abdel Karim’s family is among those who have not been able to find a new shelter. “My children are sleeping on tables. We put blankets beneath them and on top of them, while my wife and I sleep on chairs,” admits Abdel Karim, “This is the only solution we have. The centers are full. 50 to 60 people are sleeping in the same room!”

Abdel Karim’s children, Mhammad and his twin sister Amina, 11, Taslim, six, and Raneen, three, have been spending the past few days in their pajamas. “We barely had two sweaters for each of the children, now everything is soaked in water,” says Abdel Karim. The family is in desperate need of winter clothes, blankets, drinking water, and diesel fuel for heating.

“If someone wants to help us, I will ask for shoes. I need boots. All I have is flip flops,” Taslim interrupts her father while staring down at her feet.

Over 150 informal settlements like Taslim’s have been heavily impacted by storm Norma over the past few days. So far, World Vision has reached more than 2000 refugee families in 28 tented settlements and will continue to support them by desludging water from inside the tents, providing winter clothing, blankets, and hygiene kits, in addition to providing aid to the Lebanese communities affected in Bekaa and Akkar.

World Vision has been working with the Syrian refugees in Lebanon since 2011 and to date has reached over 500 000 Syrian refugee children, their families and vulnerable members of the Lebanese host community in the past year.

The “Shawish” is someone appointed by the refugee community in a certain ITS. He is a refugee himself chosen to be responsible of the informal tented settlement.