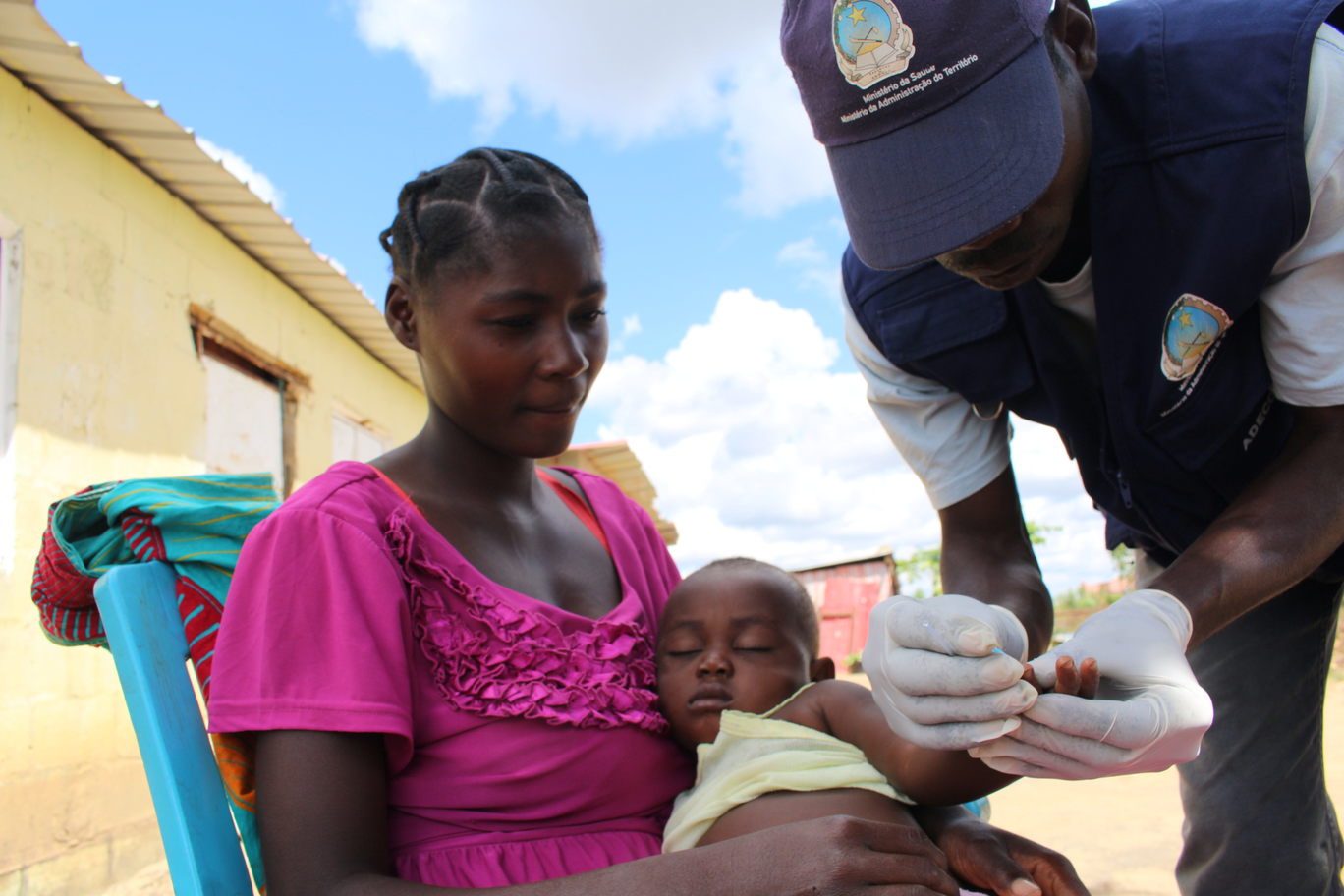 Although Angola is the second largest oil producing country in Africa, many children continue to suffer from problems associated with malnutrition, lack of water, health, or protection.

What we want to do:

We want all children in Angola to enjoy good health. We working towards this by:

What is the problem?

Angola continues to experience some of the highest maternal and child mortality rates from preventable diseases such as:  Malaria, diarrhea, Pneumonia and malnutrition in Africa.

How is World Vision addressing these issues?

To reduce the distance caregivers need to travel and increase the availability of treatment, we are training Community Health Agents (CHAs) and community development agents (ADECO), who provide a number of services at the community level such as: increasing the opportunity for children to receive diagnose and first treatment of Malaria in the community and decreasing the time and distance caregivers need to take children to health centers.

WVI is active in the fight against malaria, diarrhea, pneumonia and other preventable infectious diseases. In Angola, WVI works in partnership with the Government in the fight against malaria, through the training of Community and Health Development Agents (ADECOS). These agents are community leaders, who have been trained to do malaria case management, detect and treat simple malaria cases and refer them to the nearest health facilities in more severe cases.

The food and nutritional insecurity affecting the majority of rural families in Angola is a multidimensional problem. It is due not only to the low availability of food, but also to the lack of means to access the food available on the market, as well as to the lack of knowledge about nutritional issues. For this reason, WVI in Angola works in each of these themes in an integrated way. With regard to the availability of food to families; we promote the increase and diversification of family production, and the improvement of post-harvest conservation systems. World Vision staff also conduct community education on appropriate feeding practices, hygiene, and sanitation. During nutrition screenings staff also conduct cooking demonstrations to show households how they can prepare a healthy meal with locally available ingredients.