Twelve-year-old Mariama has recounted the many good the Savings Group and gardens have brought to her community in general and her home in particular.

One of the major highlights among the negative effects of Ebola was the extreme hardship—many homes became hunger-stricken and children suffered the most. ‘’Hunger was one of my greatest fears during Ebola. There was a particular day  that I went to bed on coconut we got out of our community.I couldn't sleep.All through the night, I was holding my stomach and crying,’’ Mariama recalls.

On World Vision’s advice, Fudia, Mariama’s mother, 35, and 16 others,  explored the Savings Group Programme in their community when they set up the Young Generation Savings Group in their community on 5 January 2015. ‘’We were nowhere. We could hardly afford a day’s meal. We felt our entire world had crashed. During Ebola, nobody could give out loans. Everybody was saving for the unforeseen,'' says Fudia. 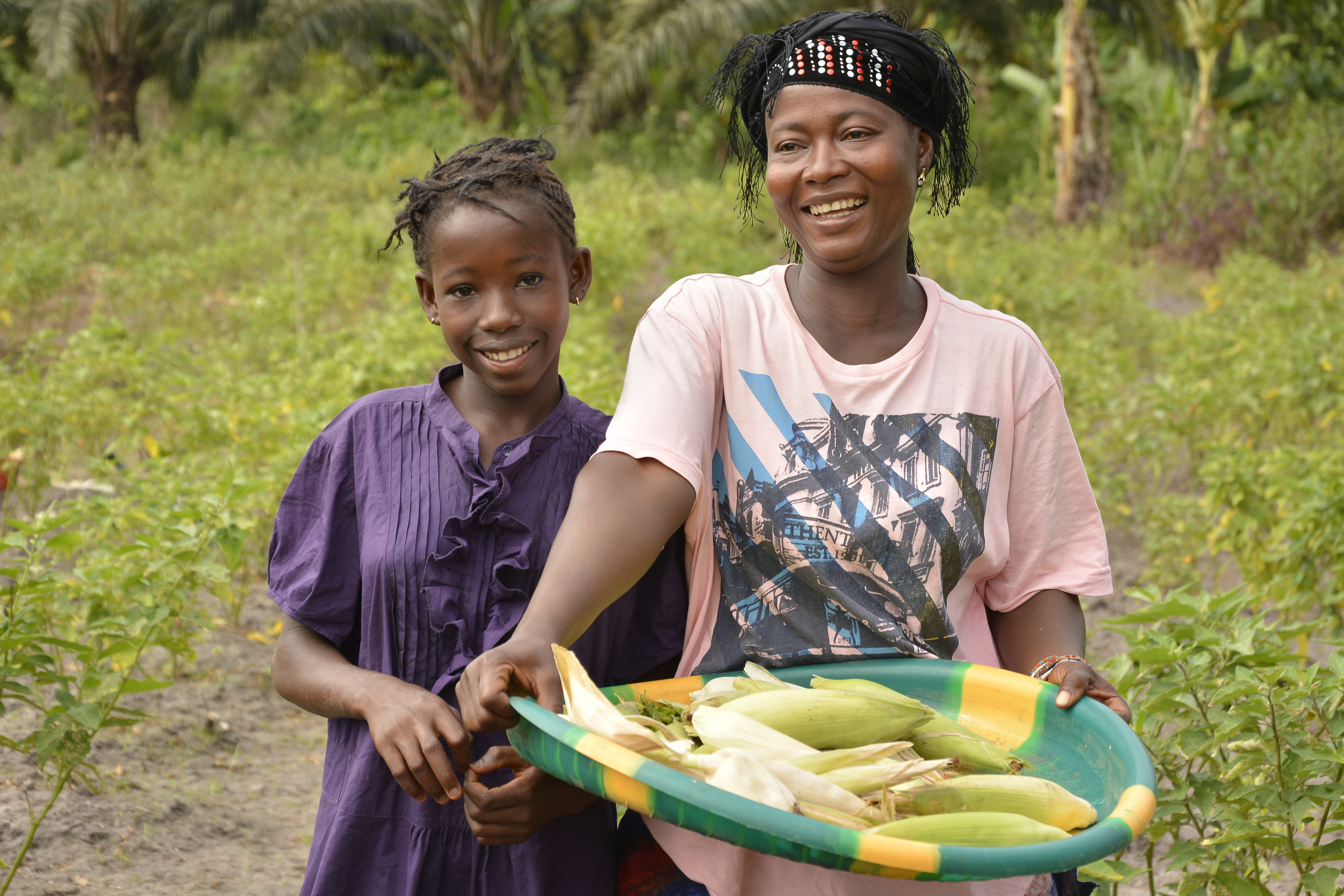 ‘I used to sell food stuff in a local exhibition here in our community. But it all stopped during Ebola. We were running out of cash and I wondered where I could get some more money to feed my family. But we found hope in Savings groups,’’ recalls Fudia, a proud mother of four, whose four  other children: Theresa; four, Serah, 10, Suna, 3 and Kadija, 14, (though they do not live with her presently) depend on her for survival.

‘’I started seeing changes in our home when my mum joined the Young Generation SG. She started taking loans in the group in order to solve family issues. We weren’t going to school, then because of the nine-month school closure during Ebola, but our medical bills, food and other  basic needs were covered. And this brought smiles again in the home,’’ says Mariama.

Fudia is one of the key holders in her SG. Key holders keep the keys to the Savings box—where their money is being kept safe. There are at least three key holders in each SG. And in the absence of one, the entire group is held ransom.

‘’Apart from the  access I have to loans, the group has taught me to be responsible. It makes me feel that people’s resources  are  being entrusted in my hands. So, I don’t want to get late or be absent for SG Meetings,’’ says Fudia.

‘World Vision did not only guide us in setting up the SG in our community, but they are also the brains behind the setting up of a garden. The SATISFY Project made some tools (hoe, rake, shovels, watering cans cutlasses) and seeds (corn, bitter balls, ogra, garden egg cucumber, pepper) available to our SG in order to set up our own garden,’ says Fudia.

The garden set up by Young generation SG was a game changer in the lives of the 17 members  (nine women and eight men) of the SG.

‘My mother told me they had agreed to set up a garden. So, I became interested. I used to help her water her own portion of the farm. And I still do. It was and is still fun. That garden has been helping our home,’ she says.

‘After our first harvest, we made $200 USD as a group. The garden opened up more opportunities for loan. And that has been helping me in paying my children’s school fees and also taking care of their basic needs,’ says  Fudia with a broad smile.

‘It was difficult to buy food during Ebola. When Young Generation SG harvested the first time, they shared portion of their produce among members after selling and making savings in a separate account. There was food at home. My favorite food among the many things they planted was and is still corn.’

Mariama is currently happily co- nursing the corns, bitter balls, pepper and cucumber with her mother in her own portion of the  SG farm. 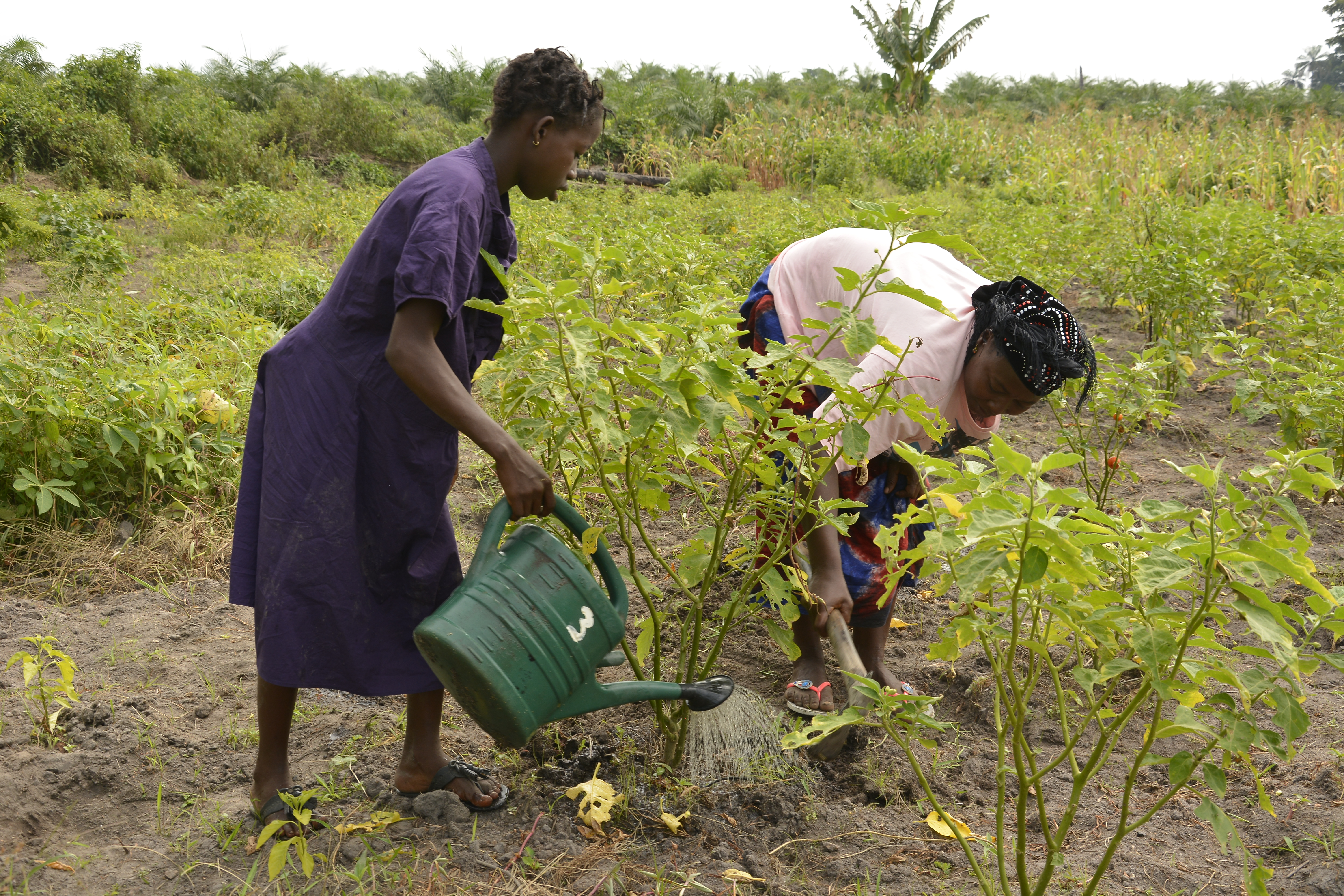 ''I felt I needed to be part of this cause to empower my community. We have seen progress by members of other groups In other communities and we don’t want to be left out. Doing what you preach makes other people want to trust you and follow your footsteps. Now, when I talk to my subjects about SG, they want to listen,'' says Chief Sheku.

''I am also benefitting from this group. Loan is accesible to me as long as I pay my contribution as appropriate.In years to come, I would like to see over 100 SG effective across my community.SG is a help in time of need.''