PORT VILA, Vanuatu.  Two days after Cyclone Pam slammed into the Pacific islands of Vanuatu, the full extent of the damage remains unknown. However it is believed that the cyclone may have impacted as much as 50 percent of the country. Early reports indicate that homes are damaged or destroyed, phone lines are unreliable, and the airport remains closed to commercial flights.

World Vision managed a distribution of shelter and hygiene kits and kitchen sets to 810 people on Monday, March 16th, with a much larger distribution planned for Tuesday.

We’ve heard that whole villages have been blown away.

World Vision has only been able to contact 54 of its 81 staff on the islands, and the agency is working as quickly as possible to reach the rest of its team on the ground. The organization’s office was also damaged by the storm, and all operations are currently being run out of the country director’s home. The Category 5 storm also hit a number of remote islands as it moved across the eastern part of the Solomon Islands.

“We’ve heard that whole villages have been blown away,” said Chloe Morrison, World Vision’s Emergency Communications Officer in Vanuatu. “The homes have been completely flattened. They’re just piles of timber, just totally decimated. The wind was so strong it just below away huge chunks of debris.”

Contact between Port Vila and other islands has not been possible yet. Penama Province was directly in the path of the storm, and the cyclone stayed over Tafea Province for approximately four hours on Friday so the organization is extremely concerned about staff and communities in those areas.

Most families on Vanuatu live in simple, thatched-roof homes that are very vulnerable to severe weather. Even for those who safely evacuated to storm shelters, they will likely return to homes that are damaged or destroyed, and crops that are washed away. Cyclone Pam was one of the worst storms the island has ever seen.

“People have been shocked by how devastating and how terrifying it was,” said Morrison. “Vanuatu is one of the most disaster-prone areas in the world, and yet this still shocked them. But there was also relief. They’ve lost everything – their home and everything in it – but they’re just relieved they’re ok.”

World Vision’s team spent Saturday driving throughout the communities in Port Vila, assessing the situation in the capital city but communications and logistics remain difficult. Additional information is expected to continue to come in as the team is able to reach more remote parts of the country. 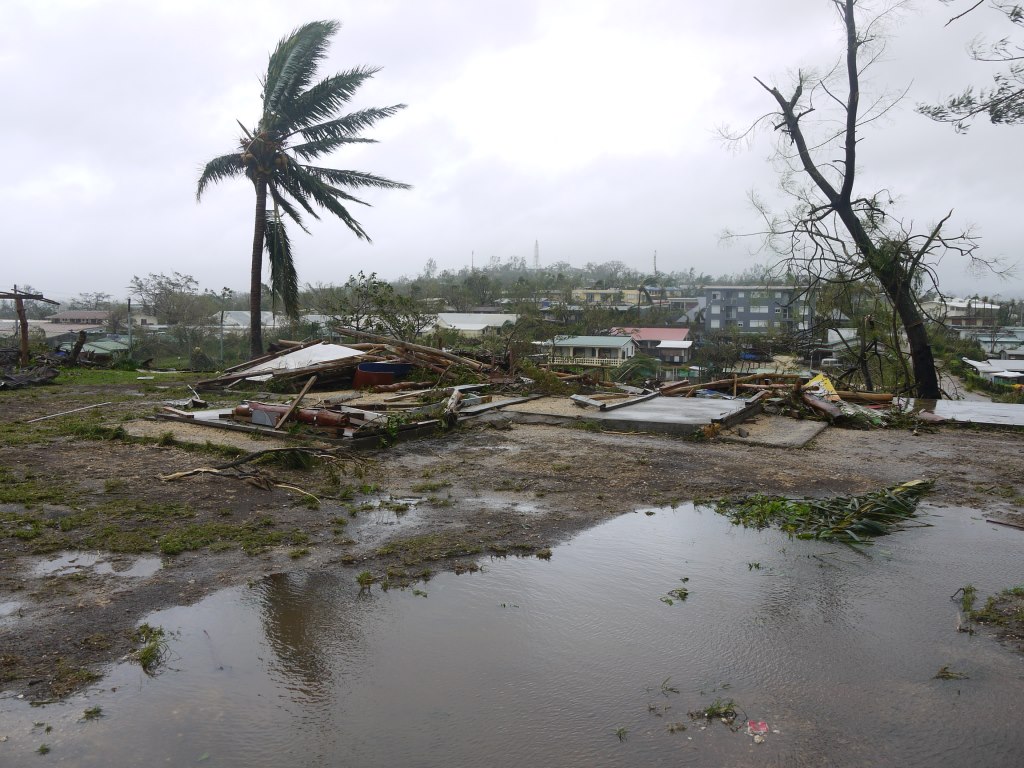 “Given that we haven’t been able to communicate with the other islands and what I’ve seen in terms of damage to houses in Port Vila, it’s an unfortunate reality that the death toll may rise,” added Morrison. “There’s a massive search and rescue that will be need to be underway.”