I stood at the back of a village classroom and watched as a few dozen women and men introduced themselves. All were either leaders of their faith community, or were married to a faith leader. The head of the local Council of Imams was there. The head of the Catholic women's guild introduced herself. An Orthodox priest was followed by the wife of a Seventh Day Adventist pastor.

This meeting marked the beginning of fieldwork in Uganda for a research project called, “Faith Community Contribution to Ending Violence Against Children”. The research is also taking place in Senegal and Guatemala. World Vision is partnering with Queen Margaret University in Scotland to do this study.

As a Christian NGO, World Vision understands that faith leaders play an important role in influencing the way their congregants think, and that they can be powerful community mobilisers. We have developed the Channels of Hope methodology to enhance this influence and equip faith leaders to challenge harmful social norms and bring positive change to their communities. This research project intends to explore just how this works.

Uganda is a fascinating research site because many different religious groups exist side-by-side. Most of the population are spread across various Christian denominations: Church of Uganda, Catholic, Seventh Day Adventist, Orthodox, Pentecostal, etc. There is also a substantive Muslim minority and also some who follow traditional religions.

Each denomination has its own teachings, way of operating and leadership structures. But one thing that they seem to have in common is that members of a faith community form a close group of people and follow the guidance of their leader.

So what happens when leaders of different denominations, of different religions, come together to discuss ending violence against children? How can they together inspire a passion among others from their villages and towns for protecting the best interests of those unable to protect themselves? And how can their spouses support and expand on these efforts? 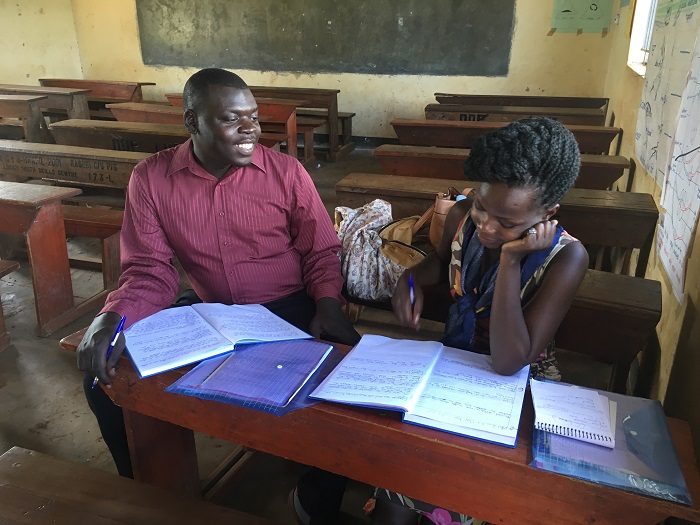 If what we saw in the initial stages of the research is any indication, the potential is huge. So far, different faith communities are not doing much in the villages we visited to protect children, and the different leaders have not started working together in any organised way. But they are friends and they respect each other. At one point, a Muslim woman wandered into a meeting of Christians and was treated as one of the group. When a Christian church leader invited local mosque leaders to a meeting, they came. And when we left the pilot site, we were blessed twice: once by a Muslim imam and then by a Catholic priest. One thing these faith leaders all have in common is that they believe they have a role in helping their communities, and they want to do their best for children and their families.

In the next two years, World Vision hopes to train more than 1,000 faith leaders on child protection issues, then support initiatives in all their communities to help end violence against children. Queen Margaret University is going to follow the process closely, tracking a cohort of more than 200 faith leaders throughout that time. In this way, we hope to answer the questions I have listed above and more, and better understand what these talented, hard-working and committed people can do in partnership toward our shared goal of ending violence against children.

Kathryn Kraft is the senior research advisor for Faith and Development at World Vision International. She is also a lecturer in International Development at the University of East London, specialising in faith and humanitarianism, NGO management and storytelling in social transformation.