Being Lebanese outside Lebanon

Two years ago, my husband and I packed up our lives in Beirut, Lebanon, during a rushed six-week-window given to us by the Immigration, Refugees and Citizenship Canada (IRCC) to make our first landing as Permanent Residents in Toronto in September 2018.

It wasn’t until last week that I realised we have become part of the Lebanese diaspora; a term I grew up hearing but had a lot of difficulty imagining what it actually looked like. I grew up hearing this term, because I was born during the Lebanese civil war (1975-1990) and I was lucky to withstand a number of explosions and violent incidents that happened in the 2000s. I was also lucky to survive the Israel Defence Force airstrikes and attacks on Lebanon in the summer of 2006, and all other security and socio-economic events that happened in Lebanon up until the day we left.

When my husband and I decided to leave Lebanon, we were not seeking better job opportunities. We were not looking to make more money or have a bigger house. We simply wanted to experience life in peace in a place where we are respected as human beings. We were seeking everything money couldn’t buy in Lebanon. Friends and family members often asked us: “Why are you leaving when you have property here, you have good jobs, you are well established; why leave to a place you have never visited before, where you have no friends and are likely to start everything from scratch?” The answer was that we couldn’t endure wasting our lives any more in a country where people were treated inhumanely while the world watched on. The answer was because we wanted to leave behind that nagging feeling of anxiety, inhibiting us from even imagining our future, let alone a bright one. The answer was we didn’t want to keep paying for electricity, but also for a generator because of constant power cuts. Paying for water but buying gallons of drinking water every week because water provided by the government wasn’t potable. Planning a summer vacation but only using our extra money with caution because we must set savings aside in case one of us, or our parents, gets sick, because social and health insurance in Lebanon were a joke. Not knowing if we would ever be able to access our own savings in the bank.

I started working for World Vision in 2008 in Lebanon. For four years, I worked with our programmes in the Greater Beirut Area and at national level supporting urban programming in neighbourhoods similar to the ones you have been watching on the news since the blast a week ago. The issues we were working on back then are strikingly similar to those we are working on as an organisation today. This is not because World Vision (or other civil society organisations for that matter) is not having any impact, it is because the context is so fragile that with any change (be it a security incident, a corrupt government act or criminal negligence), all progress and development made, in months or years, can easily evaporate.

And we have had more than our fair share of changes in Lebanon. In 2012, the percentage of Lebanese people living under the poverty line was 28%. This did not include Palestinian and Iraqi refugees, unregistered residents and economic migrants. Today, Lebanon has the highest refugee per capita in the world, hosting 1.5 million Syrian refugees for close to 10 years. With no recognition of any refugee or economic migrants’ rights and no proper plans to support them, most of the refugees live in urban areas, needless to say the most impoverished ones, raising the current poverty rates to more than 50% for all people living in Lebanon.

I’m sure you are familiar with the numbers. The August 4 explosion hit the urban system of the capital, Beirut, destroying houses, businesses, infrastructure and essential facilities (such as hospitals and schools), in addition to taking lives of more than 200 people, leaving more than 5,000 injured and more than 300,000 people homeless. It’s clear to me that the August 4 explosion is the result of negligence, corruption and impunity. This is why it is so critical for civil society organisations to be supported in this response in aid to the Lebanese people. It is encouraging to see the governments making efforts to do this, for example the Government of Canada is mobilising Canadian citizens to support the work of civil society organisations on the ground in Lebanon, ensuring support reaches those who need it most. 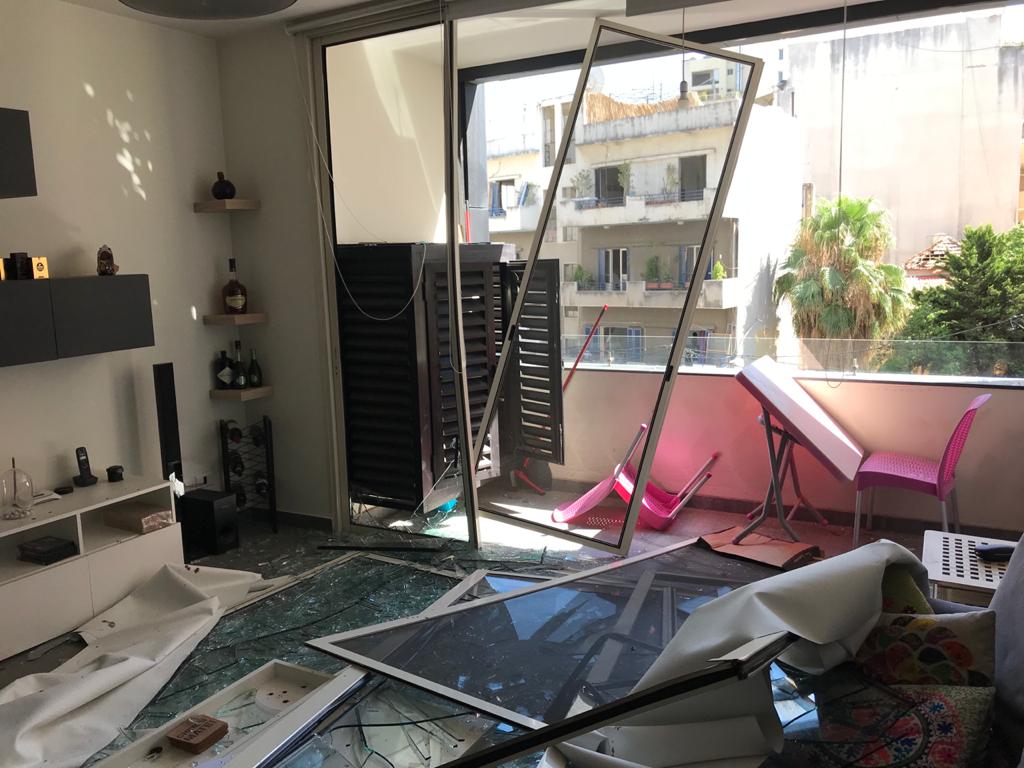 The questions that remain are:

Sitting here in my small apartment in a city full of glass high rises, I am experiencing the cultural shock I didn’t experience when we moved to Toronto. At home, I am glued to my screens all day watching videos of a destroyed city and when I go out, I see life continuing normally for people who might not have destroyed homes, weeping families and friends experiencing collective trauma in another country. I have now realised what being “Lebanese diaspora” means: it means wherever I live, my heart will always be elsewhere.

Learn more about and support the work that World Vision is doing to support the survivors in Beirut.