Five things you may not know about humanitarians

Every year, on August 19, we observe World Humanitarian Day. The date was selected to mark the 2003 bombing of the United Nations (UN) base in Baghdad, that killed the UN's chief representative in Iraq and 21 colleagues. Today, we also use the date to advocate for the protection of aid workers and to honour people caught up in crises.

Over the years, there have been a number of films – and books – featuring aid workers that have tended to glamourize, romaticise and simplify the humanitarian endeavor, such as a recent film portraying the life of Sérgio Vieira de Mello. In them, aid workers were largely Western, khaki-wearing, beefy types, with a heroic persona that mean they aren’t afraid to confront militia leaders or obstructive politicians. The ‘victims’ of the disaster or conflict merely served as a backdrop of largely invisible, helpless people to be saved. Unfortunately, the legacy of these movies – and, if we are honest, the paternalistic fundraising adverts that aid agencies themselves used to run – still frames the narrative for the way many of us think about humanitarian assistance, although things are not as bad as they once were.

Here are five things that you may not know about humanitarian workers that will hopefully help consign those old images to history: 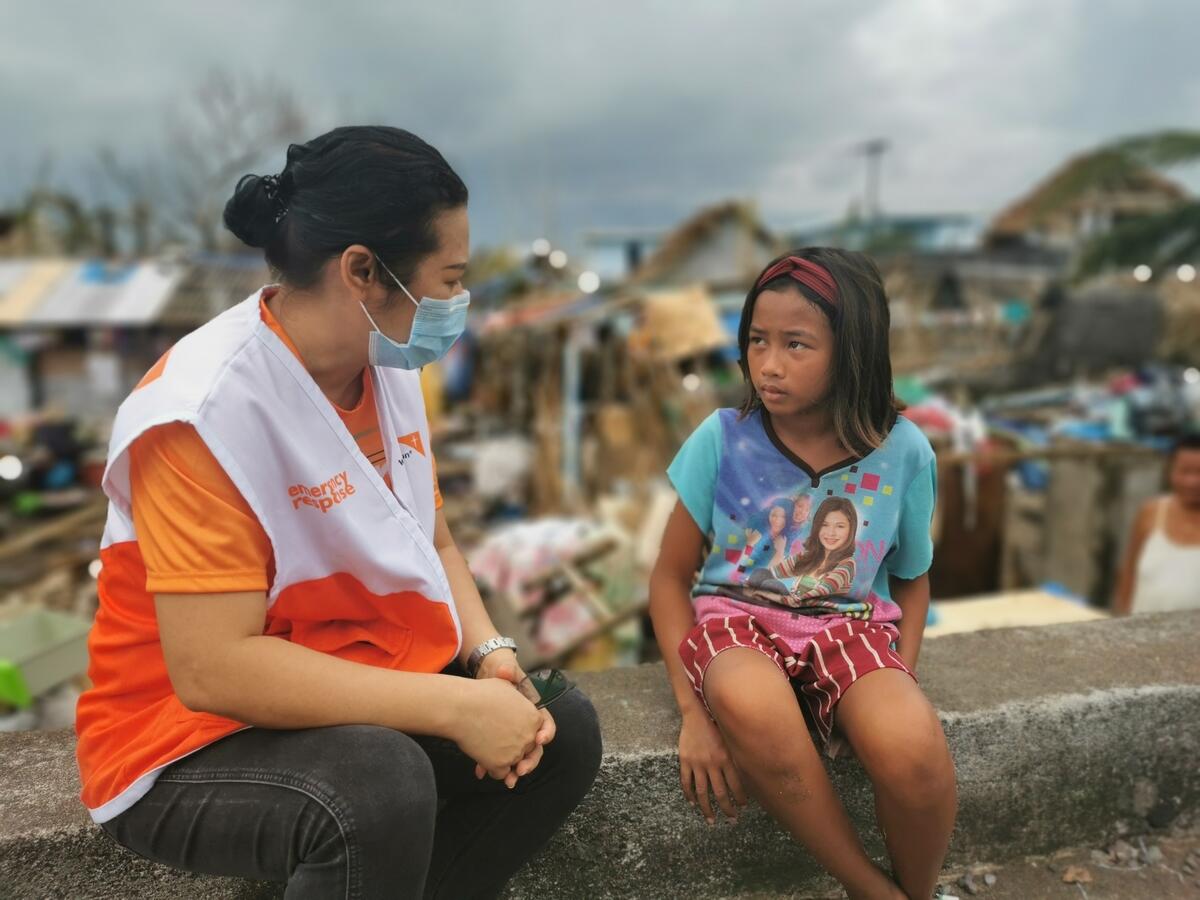 1. The vast majority of humanitarian workers are locals and not fly-in aid ‘saviours’.  When you think about it, this makes complete sense. Locals know the language, they know their way around the country, they have the relationships to make things happen, and they know where and who to go to, for what. Perhaps most importantly they know the culture and that really matters, even in an emergency. Sit with the sole of your foot pointing at someone in Thailand, fail to stand and greet an elder in Pakistan, or wear inappropriate clothing in the Middle East and the chances of being respected are about zero. Respect is essential for getting the job done, even in a crisis. Plus, locals are already in-country and on hand to respond immediately. No need to sort visas, flights, translators or hotel accommodation. 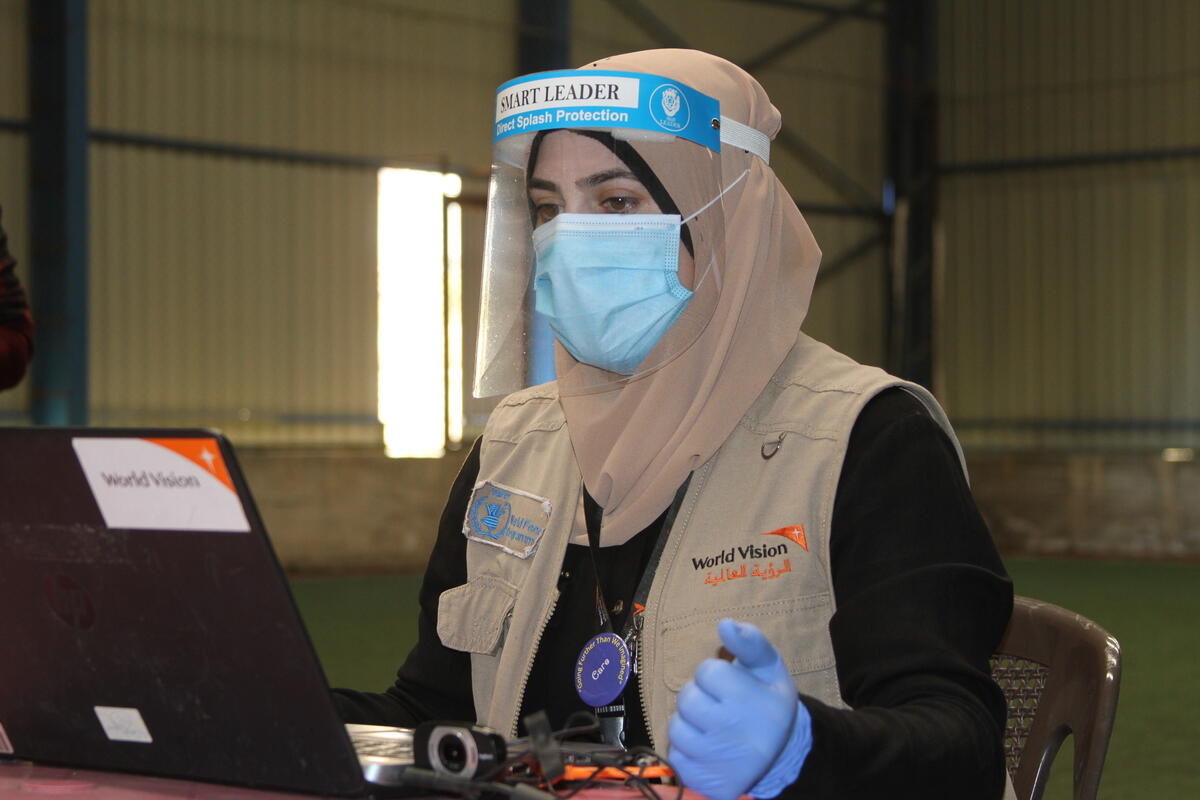 2. Humanitarian workers are professionals... not gung-ho, get out there and get-aid-in whatever it takes do-gooders. Humanitarians follow well-established principles based upon years of experience and learning. One key principle is treating people with impartiality. That means giving humanitarian assistance wherever it is needed and whatever someone’s race, creed, nationality or religion. Humanitarian staff also apply well thought through standards of assistance.  In refugee camps, for example, there are standards to govern things like tent size, distances to water points and the numbers and size of toilets. Aid workers not only try to apply these standards, but they also advocate with leaders to ensure humanitarian access and the protection of civilians and children in conflict zones. Humanitarian agencies are also constantly working together to improve these standards, training staff in them, and increasingly making themselves accountable to survivors of conflict and chaos. Aid agencies are trying – and often too slowly - to shift away from the image of hero humanitarian, to humble humanitarian, putting survivors in the spotlight instead. 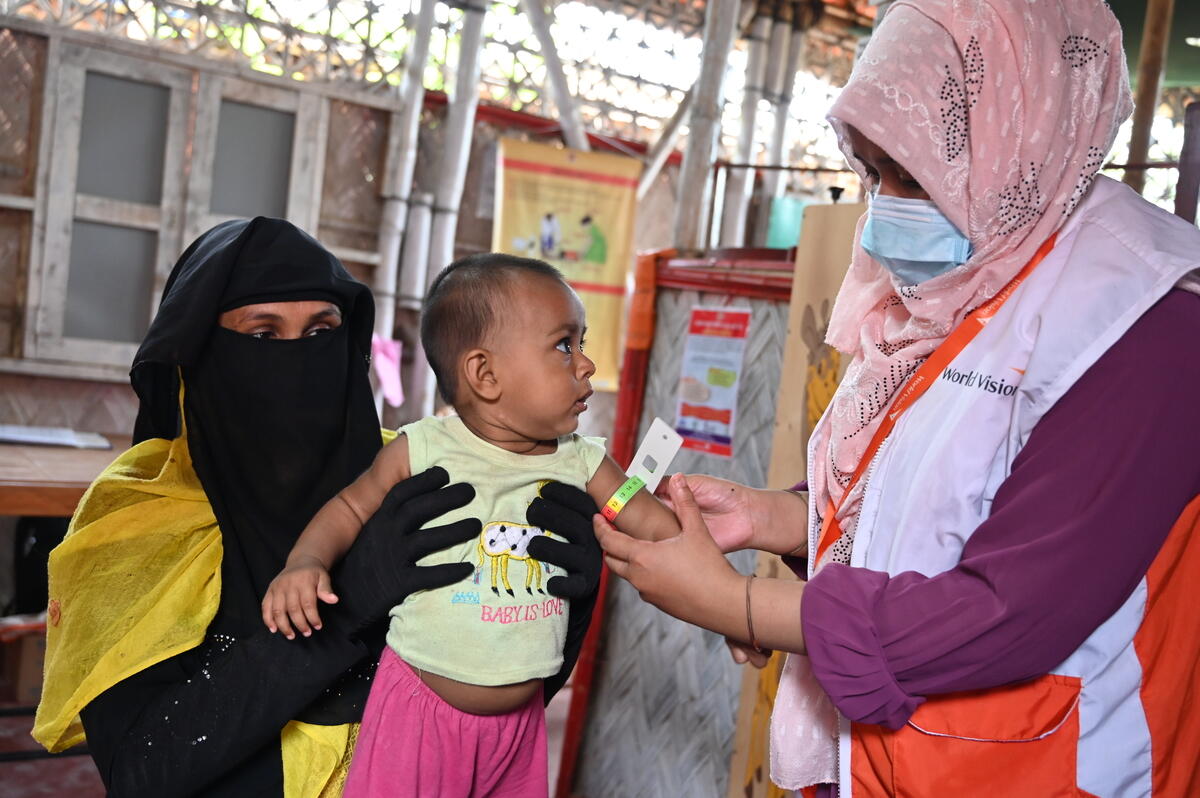 3. Aid workers must often bite their lips even when their hearts cry out for justice. In the midst of bombings, attacks on children, and the killing of civilians, humanitarian workers have to stay neutral despite desperately wanting to speak out. Neutrality is a principle enshrined in the Red Cross Code of Conduct, a code that almost all large humanitarian agencies subscribe to. An aid worker sees an atrocity. They know who did it, but they can’t publicly name who was to blame. There are several reasons for this. But the most important is that, as soon as an aid agency takes sides publicly its staff potentially become a target for attack and it potentially loses humanitarian access to those people it seeks to help. The authorities might even ban the agency from working. This is why you rarely hear aid agencies criticizing or naming a particular armed group or a calling out a government.  Agencies instead call on all sides to protect civilians while working behind the scenes to advocate for more to be done to ensure it. Refusing to take sides allows the work to continue, leaving human rights organisations to take up the mantle of publicly calling out those responsible for abuses. 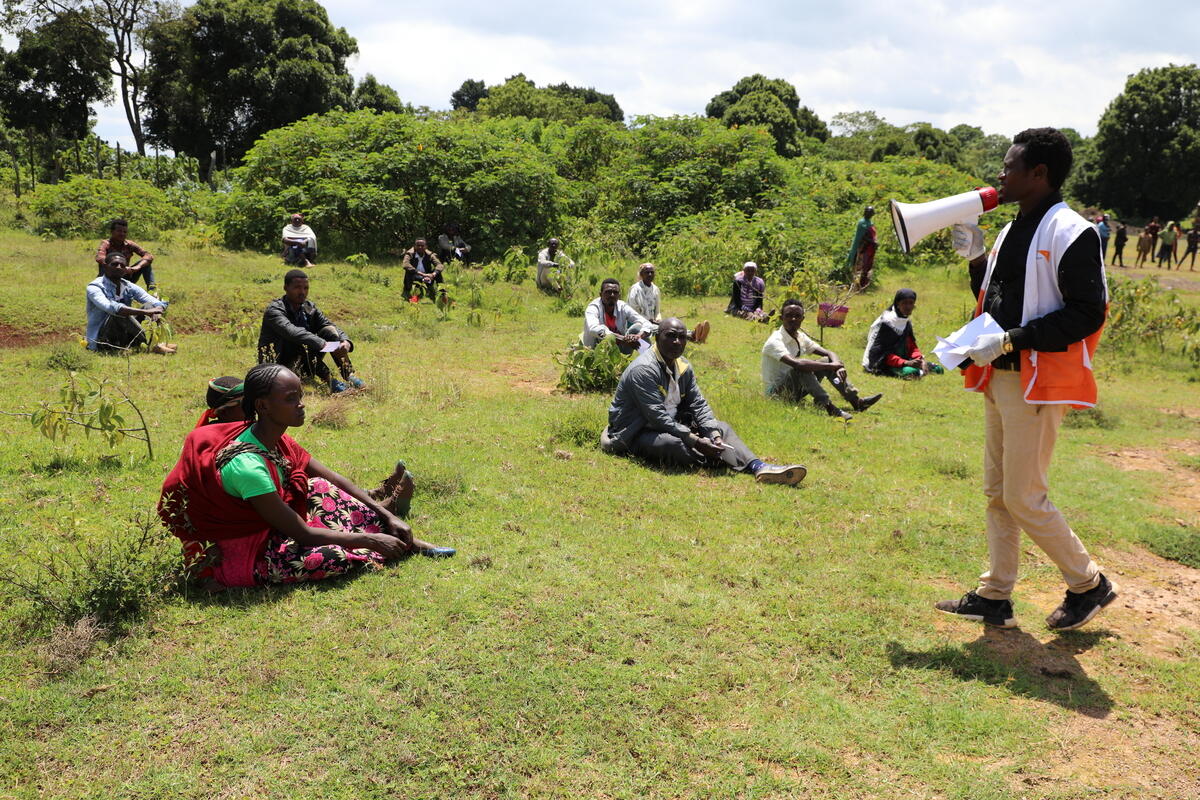 4. Aid work is dangerous but it is national humanitarian workers – as opposed to internationals – who bear the brunt of the killings, woundings and kidnappings suffered while working. Despite attempts to remain neutral, aid workers are targeted, kidnapped, blown up in roadside bombs, killed by robbers, raped and sexually abused. And while the international media might more readily report the killings of foreign aid workers the numbers of nationals affected is much greater.  Between 2006 and 2020, 6,070 aid workers were wounded, killed or kidnapped. Eighty five percent of them were nationals. Of the 2,146 staff killed 89% were nationals. Nationals are working day in and out on the frontlines in Afghanistan, Syria, Iraq, Yemen and a host of other dangerous places and continuing to die despite agencies’ putting in place security staff, assessments, monitoring, hibernation triggers and evacuation plans. 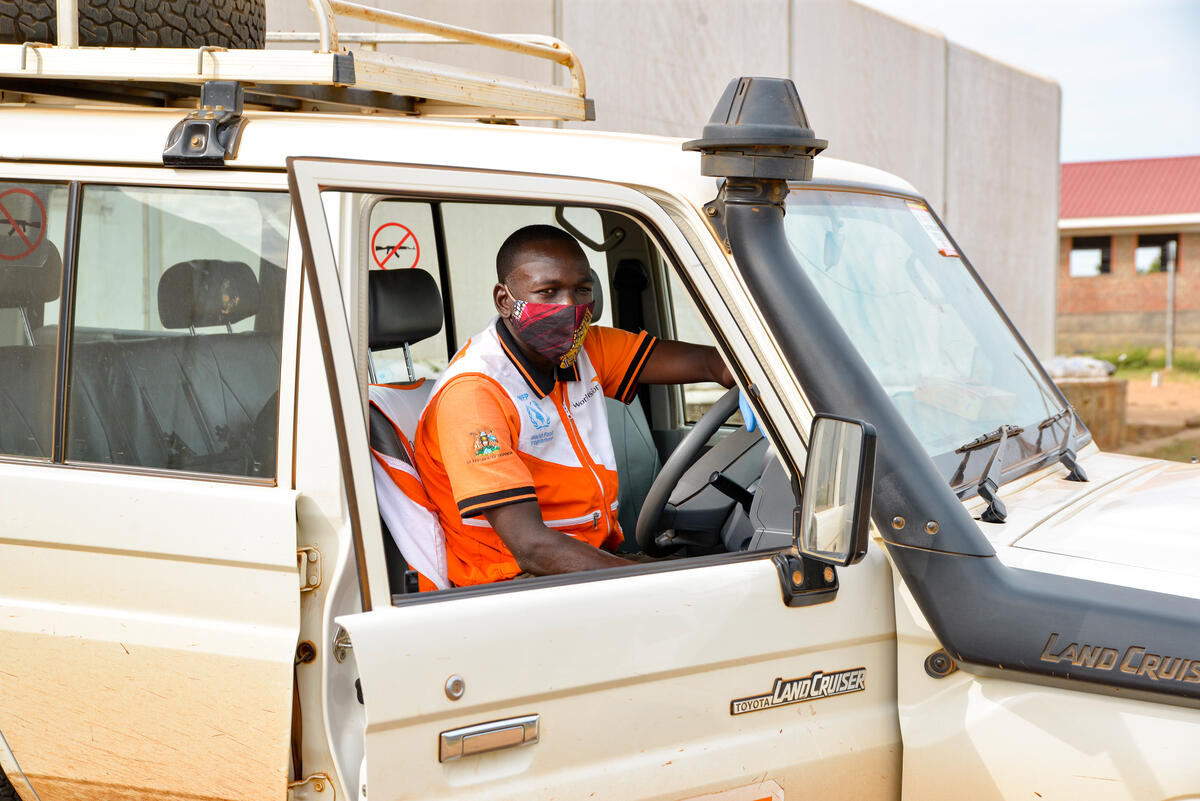 5.  Humanitarian work is becoming more and more complex and dynamic.  The majority of aid agency responses in the past were fcused on sudden scale ups of emergency aid to drought (the Ethiopian famine of the mid 1980s), conflict (the Rwandan genocide), quakes (the 2004 Asian tsunami and the 2009 Haiti earthquake), but in recent years climate change is creating increasing cycles of drought, more erratic weather patterns and intersecting with conflict in ways that are increasing vulnerability for the very poorest nations. Individual drivers of disasters are now merging in new and complex ways. The global COVID-19 pandemic is one example and has forced aid workers to become health and livelihoods experts, remote humanitarians, digital deliverers or aid, and work with local partners from a distance.

The humanitarian imperative to help those in need remains. In a world of constant change, aid workers must grow and adapt. But flexibility and a passion to assist the extremely vulnerable will always be core to the humanitarian character.