Mary, 23, is a proud mother of  four-month-old baby Theresa who strongly believes her community, Victoria, is growing healthy babies with Grandmothers.

World Vision implements the Grandmother-Inclusive Approach Project in  15 communities in Torma section in Bum Chiefdom, Bonthe district, in southern Sierra Leone. There are 300 Grandmothers in all 15 communities.

This community-owned project  (locally referred to as Mamanieva Project), focuses on Infant Young Child Feeding (IYCF). But also, the project focuses on pregnant mothers’ diet for delivery of safe and healthy babies.

Before the inception of the project, Grandmothers played a very pivotal, but traditional roles in giving advice to young mothers and caring for their grandchildren, taking care of the home, making back-yard gardens, cooking and cleaning of the house and in most cases, proffered harmful traditional solutions to problems.

Most rural communities renege from exclusive breastfeeding for the first six months of birth. This accounted for low baby weight and malnutrition in Mary’s community and  in most occasions, infants death. Some of these problems are attributed to the traditional practices played by grandmothers in their communities.

Sierra Leone is among the countries that record high infants mortality rates in Africa in general and West Africa in particular. A lot of children die before their fifth birthdays. A cocktail of issues is responsible for this. And lack of appropriate diets and care for babies is one of those.See related link: http://www.aho.afro.who.int/profiles_information/index.php/Sierra_Leone:Analytical_summary_-_Health_Status_and_Trends

‘’I lost my first child simply because I didn’t have the knowledge to take care of her. She was my first experience. My baby was always sick. At some point, I stopped giving colostrum to my baby and concentrated on giving hot water as advised by my mother-in-law, Nancy, and other elderly women in my village. At seven month, my baby died,’’ explains Mary with a solemn voice and appearance.

‘’Now, with Theresa I have realized that Colostrum is the healthiest food you can give to your baby. My baby is growing very well. The grandmother Project implemented by World Vision has been helpful to our community. We are growing healthy babies now  with the Mamaneiva Project.’’

The grandmother inclusive approach is changing attitudes, mindsets and behaviours in Mary’s community. Grandmother Nancy is now an active member of the Grandmothers Club in Victoria, teaching young mothers the new things she has learnt from the grandmother Project—things she never knew before.

‘’We used to tell our daughters to get rid of the colostrum when it appeared yellowish, thinking that it was harmful for the baby when in actual fact, we have come to realize it is the best thing for babies,’’ grandmother Nancy explains.

Denying children colostrum was leading to many malnourished cases and in most cases, death of  children. We gave out traditional herbs to our daughters instead of encouraging them to visit a health clinic. But now we have seen the light. Thanks to the grandmother Project,’’ says Nancy. 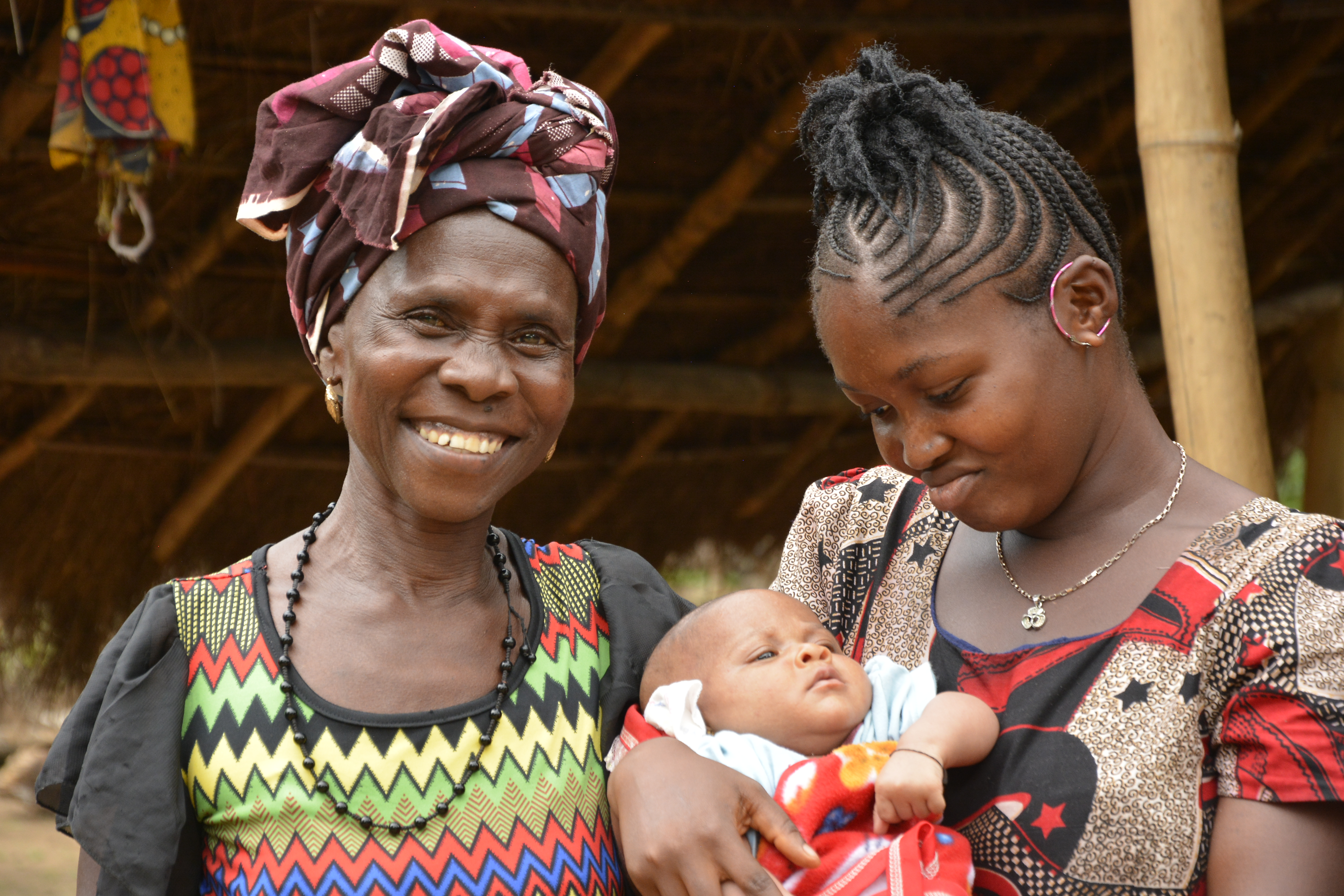 ‘’Now my mother-in-law encourages me to visit the clinic frequently, and explains every bit of what she is being taught in her grandmother club that is helpful for me and my baby. Now she is a champion, a strong advocate for promoting colostrum for babies. She sits by me sometimes and watches how I suckle my baby,’’ says Mary with a broad smile.

‘’Since the pilot phase of the Project in 2013, Grandmothers have been receptive to new practices and are ready to adhere,’’ says Joseph Simba, Project Coordinator, Grandmother Project.

The grandmother inclusive approach has accorded the grandmothers more respect, dignity and pride in their communities.

Men too have discovered their roles in the  Mamaneiva project. Joe Seba, Town Chief, Keleh community believes in enforcement of laws around certain behaviors of  pregnant and lactating mothers. ''I have enforced by-laws to enable my community adhere to messages of Mamaneiva Project and with fines for defaulters,’’ says Joe.

‘’Additionally, men are engaged in my community, so they know about the project and its benefits. And men are receptive’’

Things are changing in Victoria. Hand  washing is being promoted for young mothers before feeding their babies. The entire Victoria community has now been educated through the grandmother Inclusive approach to make use of local materials in their communities in order to improve the health status of babies.

‘’We are now making use of the little things we have in our community. We didn’t know that eating a lot of protein like meat and fish helps a mother to develop good colostrum for babies. These things are available in our community but we ignore them because we didn’t know, says Mary.’’

Mary confesses her husband’s attitude has changed because of Mamaneiva Project.

‘’My husband, Victor, always comes home now with things that will help me develop good colostrum for our baby. And he always tells me to visit the clinic regularly.’’

‘’Most suckling mothers breastfeed their children for only two to three months and they start giving hot water and food to their babies. I was also guilty of this. But Mamaneiva Project has also taught us to be breastfeeding our babies for at least six months,’’ reveals Mary. 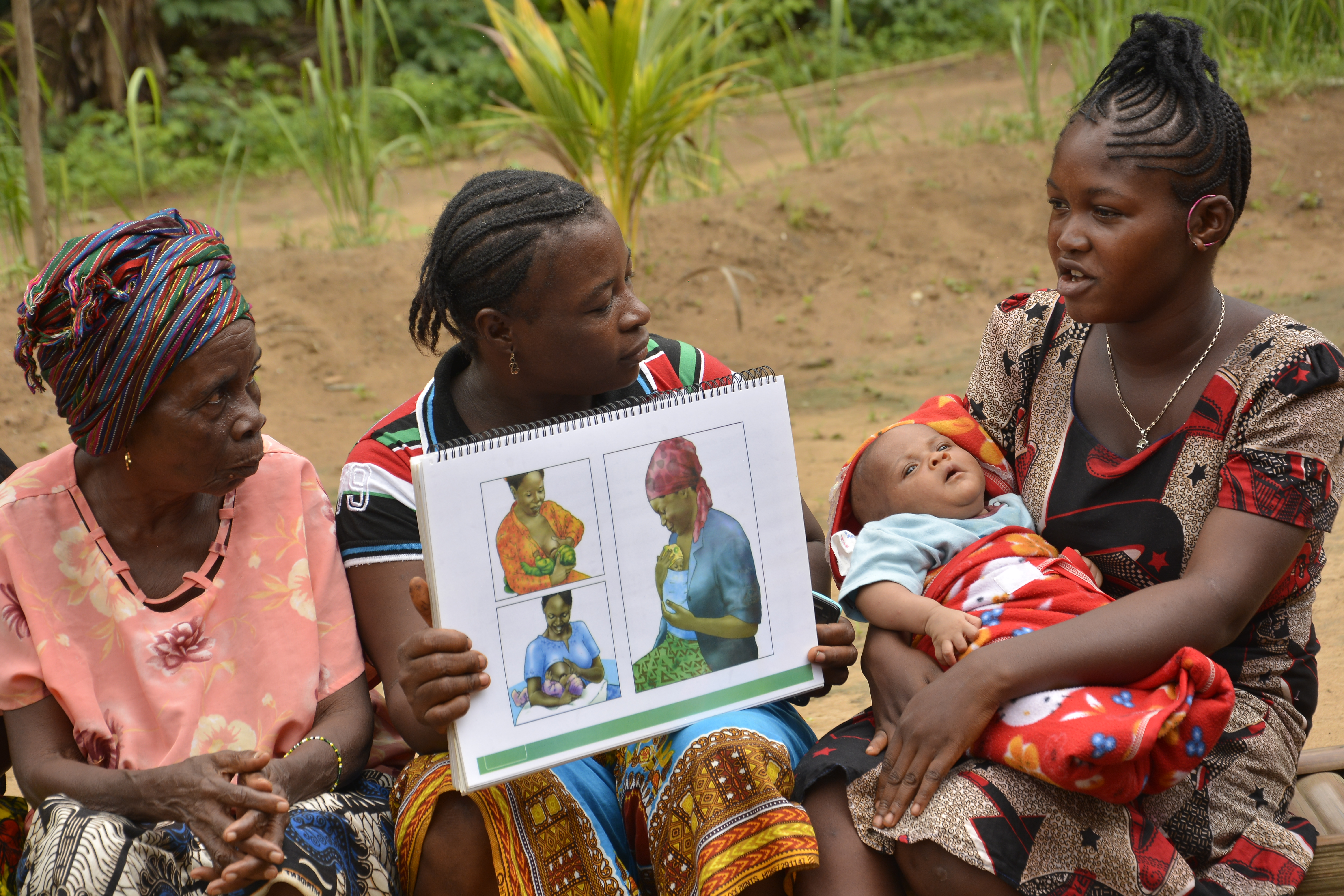 The Grandmother-inclusive approach is being implemented by World Vision  in Sierra Leone, with support from its partners— Sierra Leone’s Ministry of Health and Sanitation; World Vision Germany that funds the Project; Nutritional Centre of Experts (NCE) who facilitates  sessions and support materials; Emory University that develops dialogue curriculum and does research (base and end line), evaluation, and, sends interns  each year to support the project.

Quantitatively, Rebecca believes data shows there is impact on Infant Young Child Feeding practices, but qualitatively observes grandmothers’  knowledge have increased, and, they are being empowered.

‘’The Grandmother-inclusive Approach is an effective way to create change,’’ says Daniella Veal.

‘’There are strong reasons to scale up the projects in other communities. There are still issues of maternal deaths, low birth weight of babies.’’