This is the largest earthquake communities around Makira have experienced. It occurred early Friday 9 December 2016. Homes and gardens were destroyed and thousands fearing a tsunami fled to higher ground.

“The recent earthquake was very frightening. After that experience, I still fear earthquakes. Our house was damaged and we lost our plates, cups, buckets and our garden destroyed,” said Louise Kole.

Louise is one of the recipients of the shelter kits World Vision distributed in Kirakira as part of the government-led disaster response. 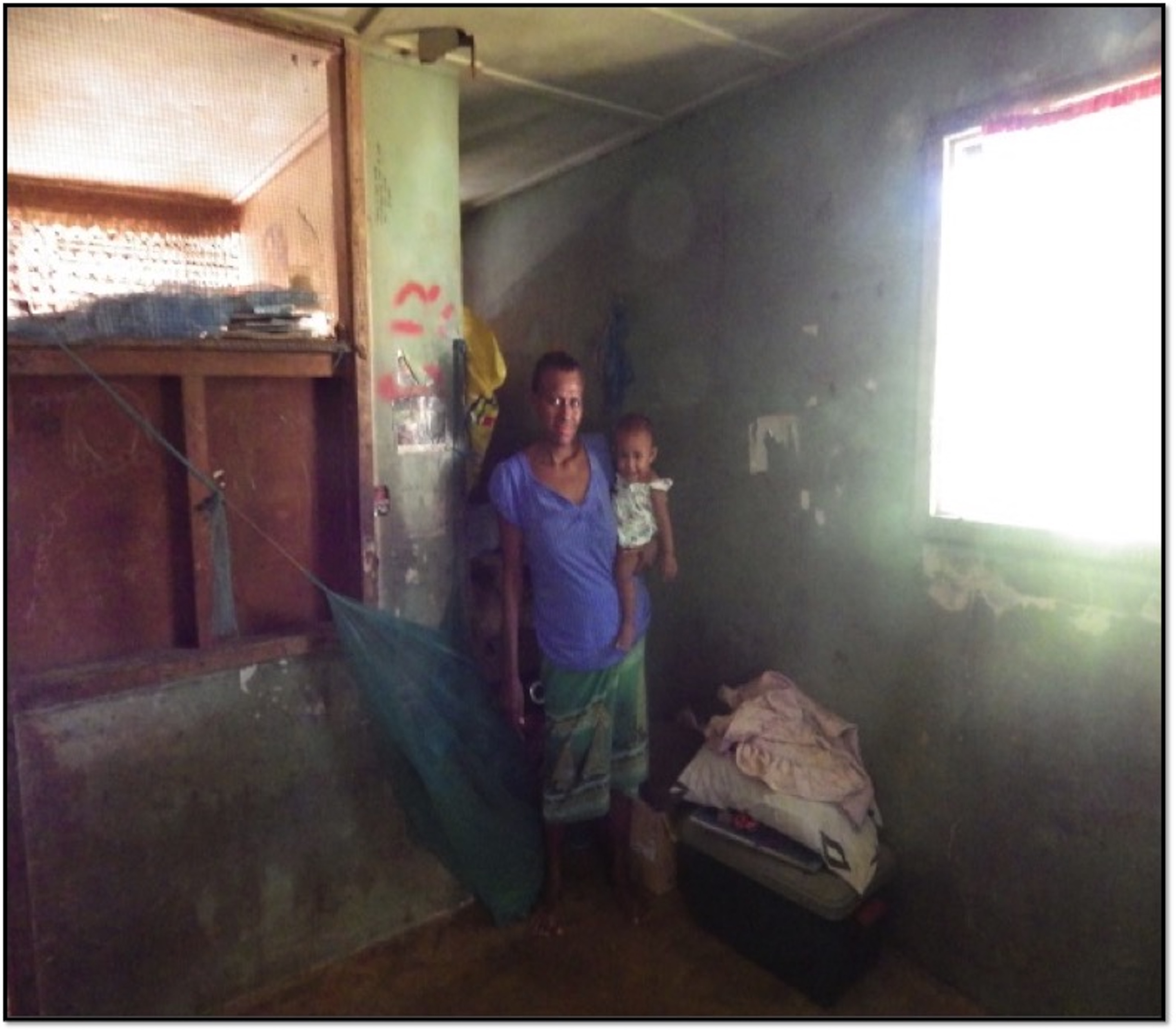 Louise and her baby at their home in Kirakira, Makira-Ulawa Province. Photo: Obed Fagataoa/World Vision

John, Louise's wife, said they lost many things and to date they are still coping with the impact left behind by the earthquake. He thanked World Vision for supporting him, his wife and six children.

Through the support of the Australian and New Zealand Governments, World Vision distributed over 620 hygiene and shelter kits, 370 blankets, tarpaulins, kitchen sets and collapsible water containers worth over US$83,700.00 to 3,105 people in affected communities of Makira, Malaita and Guadalcanal.

“Initial assessments after the earthquake show the needs in remote communities in Makira, Malaita and Guadalcanal. Through the help of the Australia and New Zealand governments we were able to respond to these needs. I hope the support will help ease the burden of those affected and I wish them a quick recovery," said Janes Ginting, World Vision Solomon Islands Country Director.

Utilizing prepositioned supplies in its warehouses in Honiara, Makira, Malaita and the Weather Coast, World Vision responded quickly to requests for support from disaster offices and other agencies. World Vision was also able to support initial assessments including the provision of staff, logistics' and smartphones for rapid assessment.

World Vision Solomon Islands has four active projects across the three provinces impacted by the earthquake, working with 32 villages in South Malaita and East Malaita, 16 villages in Makira and 15 villages in Guadalcanal.

A number of World Vision Solomon Islands program areas were affected by the earthquake, landslides and surge.