Once a child enrolled in World Vision’s child sponsorship programme in Romania, 21-year-old Andreea is now giving back as a volunteer for World Vision's  Ukraine Crisis Response, where she is helping to support refugee children as they flee Ukraine.

Andreea’s hometown is a small rural area. When she was young, many children did not attend school. They spent their days in the fields caring for animals, as their parents did not have money to buy basic school supplies. When she was in sixth grade, World Vision began to work in her community, and from there, everything changed for Andreea and her classmates.

Child sponsorship connects children living in situations of vulnerability with sponsors, and the sponsors’ pooled support helps create programmes and resources that benefit the entire community. Though not a sponsored child herself, Andreea participated in activities that had been made possible by the child sponsorship programme in her community. Through them students developed public speaking skills, were encouraged to pursue higher education and worked on self-esteem issues.

“Education is the key,” says Nicoleta Popla, a former coordinator from Andreea’s program. “I say to [children] all the time that they can overcome their current situation and have a better life... They really can go further than they believe, because in their communities, they don't see these opportunities.”

For Andreea, the child sponsorship programme and support from leaders were life changing. She joined the student council in seventh and eighth grade where she learned to overcome her fears of being in front of a crowd. 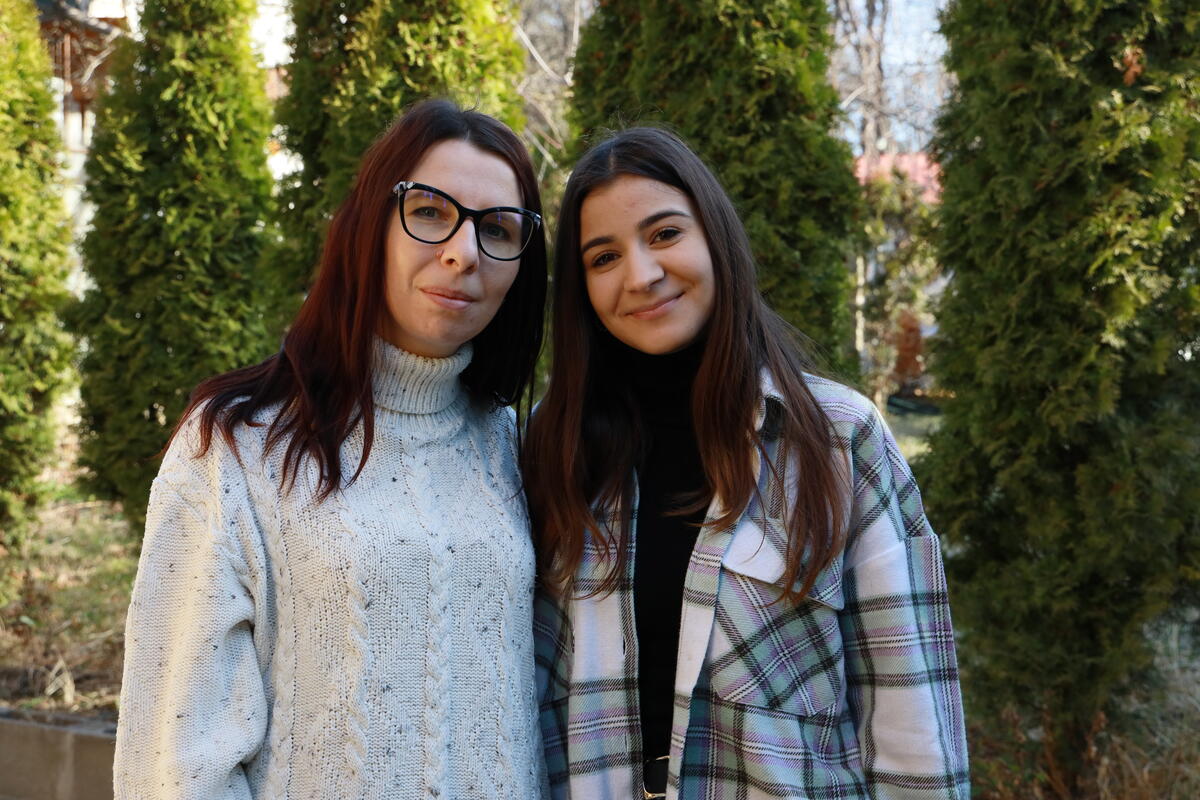 Nicoleta (left) and Andreea pose for a photo

“All those activities helped me a lot,” she says. "I learned a lot in that period and I can feel the huge impact on myself and on my daily life... at school and even now at university... I’m not shy anymore. Now, I have the courage to speak in public.”

It was through a child sponsorship programme that Andreea was able to tour college campuses, including the one she now attends in Iasi, where she studies social work.

When refugees began to come across the border into Romania, Andreea knew she wanted to help. She reached out to Nicoleta over social media and discovered that she was working with refugees at the border in Siret. Andreea decided to volunteer with the World Vision response, and went to Husi, another border  crossing, to help care for the refugee families.

“I met a girl… we drew together, she spoke a little English. She traveled with her brother and parents,” Andreea says. “We tried to help them with what we could...  they were very scared.”

Andreea’s experience as a child and as a World Vision volunteer motivate her to make a difference through her career. She dreams of helping those in need and creating change for children just like her.

“I see this change in the kids… Especially if they have been helped, they can go on to help others,” Andreea explains. “World Vision has been and will be always like a project for my soul, close to my heart. They really help people — not just refugees but even ordinary Romanians. I wish every kid [would] participate in all the World Vision projects like I did and benefit like I benefited from what they did for me.”

Learn more about the impact child sponsorship has on World Vision's work around the world and/or become a child sponsor here.