On May 10 and 11, 2022, World Vision International-Haiti inaugurated two schools rebuilt and or rehabilitated in the communes of Asile and Petit Trou de Nippes after they were severely damaged by the August 14, 2021 earthquake.

"It's good to welcome children into new school buildings, but it's even more important that they be treated with tenderness instead of corporal punishment to discipline them," insisted Fédorah Pierre-Louis, Public Engagement Director at World Vision International-Haiti in her remarks. 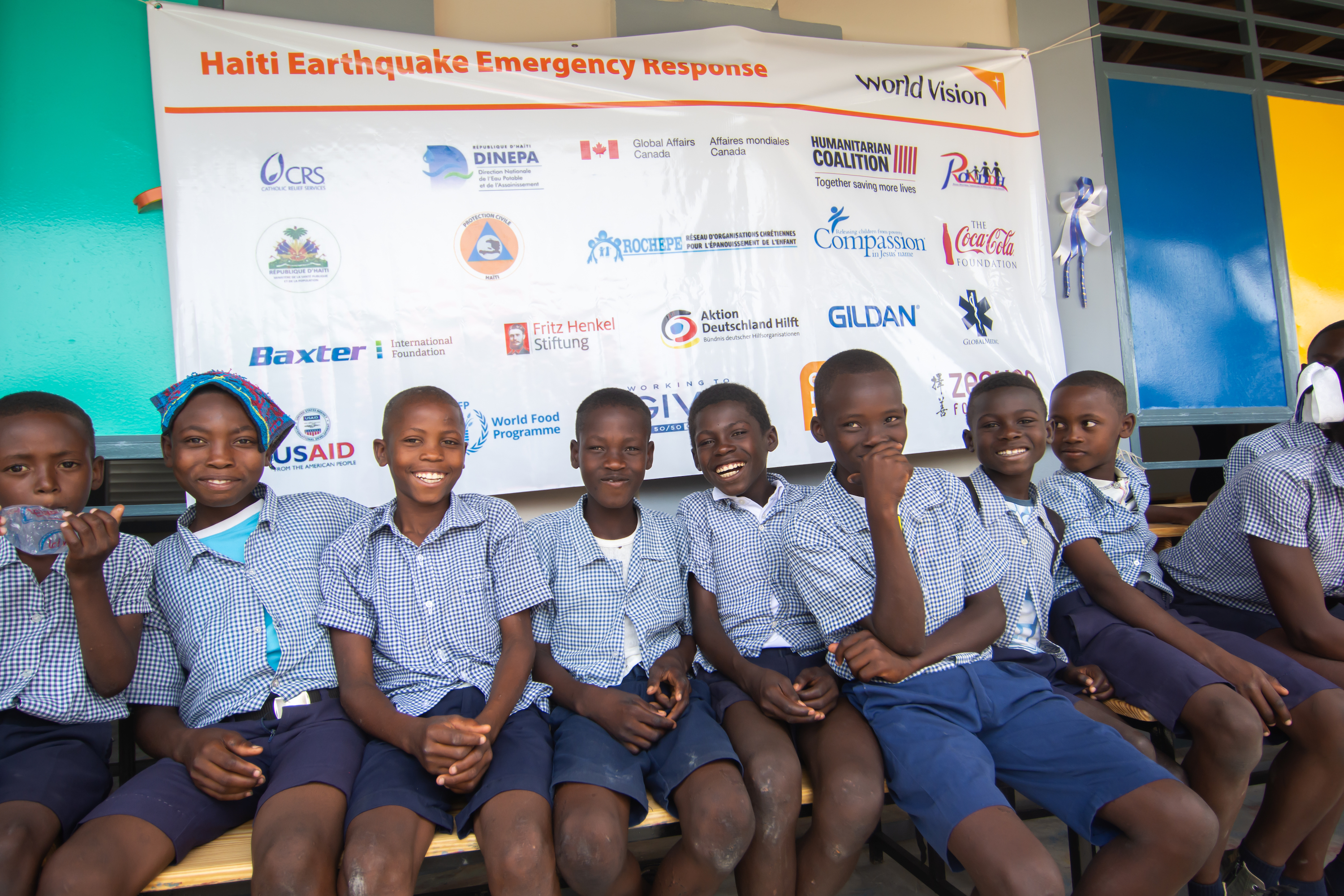 While being placed in the context of the 9th month of the emergency response launched by the organization following the earthquake of August 14, 2021, these inaugurations coincided with the 4th anniversary of the launch of the global campaign: ''It takes a world to end violence against children”.

In the presence of parents, local and national government representatives, the special envoy of the Minister of National Education (who apologized for not being able to attend the events) M. Auguste D’Meza endorsed the campaign by promising to do everything possible to enforce positive discipline in schools.

These schools operated in precarious premises even before being seriously damaged or collapsed following the earthquake of August 14, 2021.

“I am really happy to see that my school has been rebuilt,” says Sophie, a 13-year-old student in 5th grade.

With a combined enrollment of around 700 students, these two institutions can now accommodate more than the double by offering the bread of instruction up to the 3rd fundamental cycle in the best possible conditions. The two establishments include, in addition to classrooms, a toilet block, a water tank, a solar panel system, a kitchen, and a cafeteria, thanks to the generous contribution of Taiwan, Hong Kong, and Korea support offices.