Entering its tenth year, the war in Syria is still ongoing and taking further escalation especially in Idlib. Waiting for peace, many Syrian refugees in Lebanon still struggle to maintain a good life for them and their families. Furthermore, the recent economic crisis in Lebanon is adding additional stress to Syrian refugees making them even more fragile.

“I never imagined I will end up living in a tent with my family,” says Ghassan with a gloomy voice. Ghassan, 37, spent his last eight years moving from one place to another, first within Syria then within Lebanon. “I had to escape the awful situation in Sheikh Seiid to Idlib not knowing that it will be even worse there,” he adds feeling restrained with very limited choices he moved to Lebanon escaping the war in Syria. “First, I settled in Chekkah - north of Lebanon for less than a year before moving to Jbeil where I worked as a tailor,” says Ghassan.

Things seemed to be better for Ghassan, but not for long. “My struggles in Lebanon started with my little girl who had a cleft lip. We tried to treat her but due to our financial status we were not able. The doctor warned us that if she caught a cold or flu we need to be very mindful because it’s dangerous. Unfortunately, during winter time, she was six months old, she got the flu and passed away,” he reveals. At this point, Ghassan had already paid a lot of money trying to treat his girl. 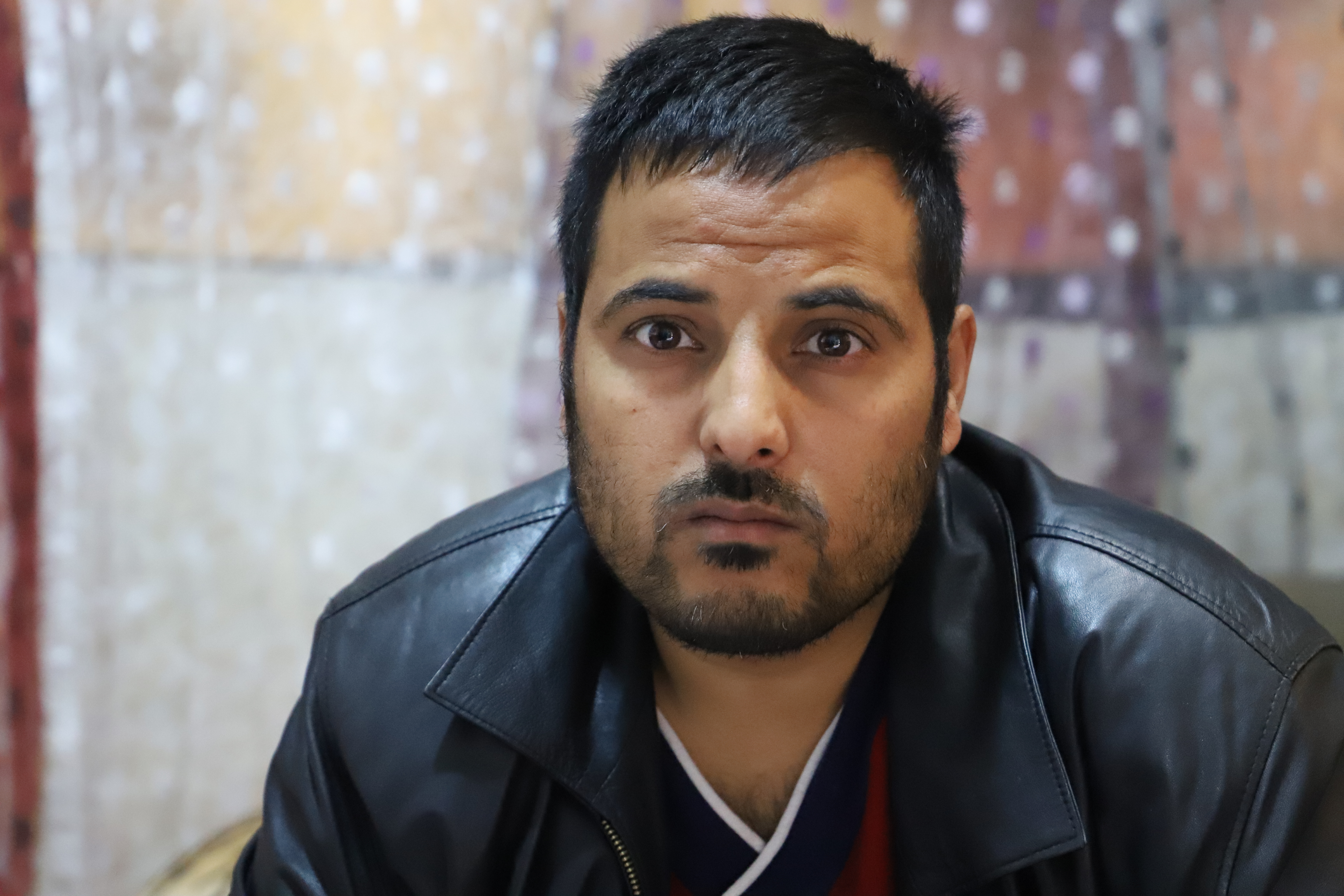 Soon enough the economic crisis in Lebanon became severe and affected all communities. “The factory that I used to work in closed because most of the workers do not have a work permit including myself. I have been looking for a job ever since, but I wasn’t successful,” explains Ghassan. “The house owner took all the appliances I used to have such as the refrigerator and television in exchange for the rent I did not pay. Without any alternative, I was forced to move from Jbeil to this settlement in the Bekaa a month ago. Thankfully, the neighbours informed me of an empty tent, which I rented,” he adds.

Moving from one place to another within her homeland was difficult. Leaving Syria and coming to Lebanon and baring life as a refugee was a new hardship, but the most upsetting transition for Ghassan’s wife, Hanaa, was moving from a regular house to a tent. “I feel I lost my privacy moving from a well-structured home to a tent. I also feel unsafe here, constantly scared that something would happen to my children,” she says. “We basically have nothing left. I live in an empty tent with an empty and broken refrigerator. I am not able to put my children in school because we can’t even pay for the bus,” she adds. 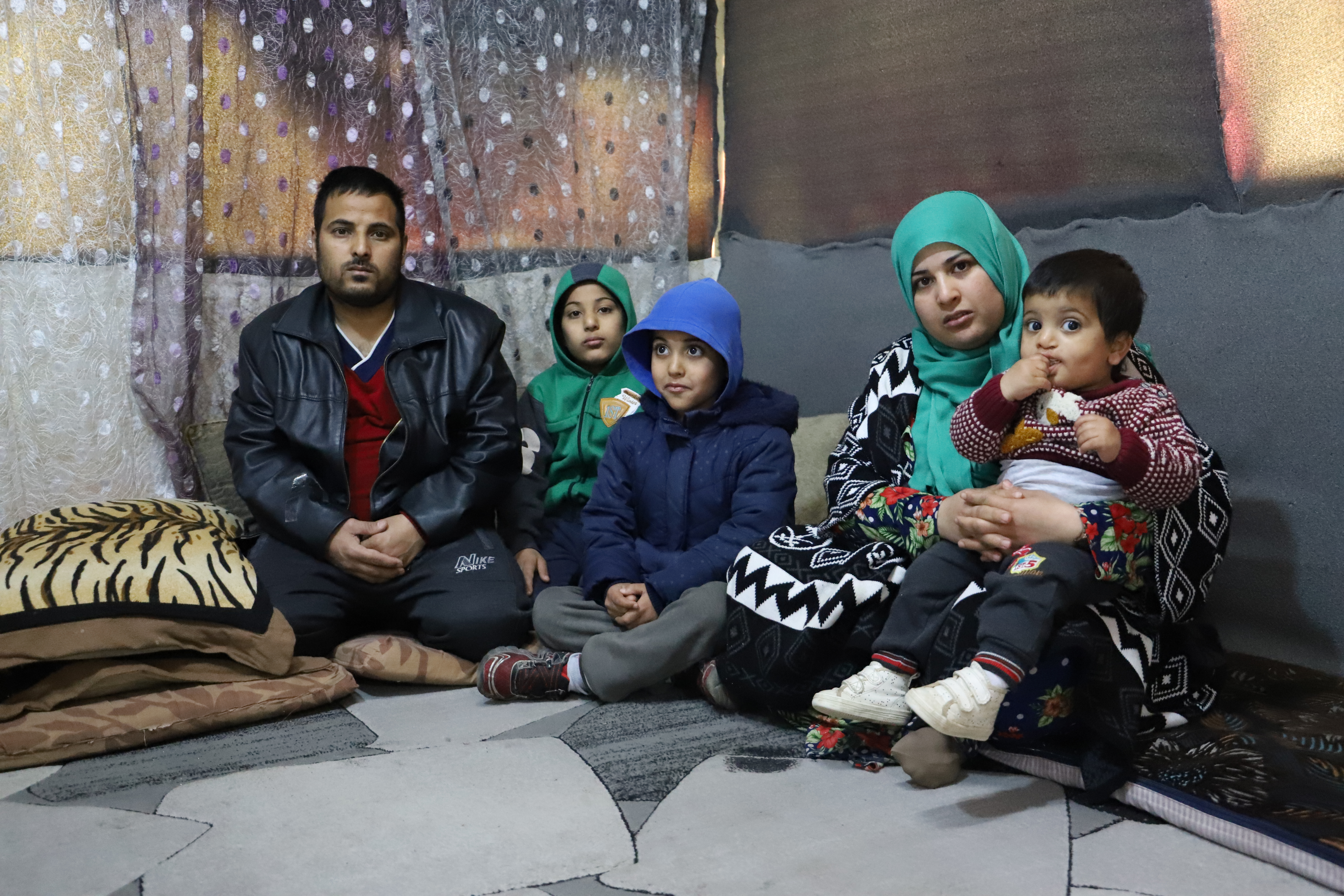 Their new home is a two-room tent in the middle of an informal tented settlement which, throughout the nine years of the Syria war, became home to several Syrian families – all living in similar conditions. When Ghassan arrived, he realized that a lot of the benefits that came with living in a building or a regular house, were not present in an informal settlement content, and he needed more support than he had thought. In order to help Ghassan settle in, World Vision, with support from UNICEF and funding provided by the United States government and the government of Canada, provided Ghassan and his family with water trucking and desludging services. “When we first arrived at the tent, we got help from World Vision with water and sanitation. These are two important things that we critically needed. Thank God World Vision is helping us.” He says. “Water is life, without it we can’t live a healthy life,” he adds.

Water trucking and desludging services are provided by a contractor and monitored by WV WASH team through physical presence on the field. The desludging service is provided once per month, as for water trucking; 15 litres/person/day is provided during winter and 35 litres during summer.  Since January 2020 World Vision was able to reach more than 41000 beneficiaries with essential WASH services.

Lack of work opportunities, huge inflation of prices and lack of financial support are making thousands of Syrian refugees in Lebanon more and more fragile. World Vision continues to support these families to maintain a healthy and clean life.