"WasH is relevant for the well–being of the community", says Rene Mally.

Rene is the Head of Cooperation of the European Union (EU) Delegation in Papua New Guinea and was part of an EU and UNICEF monitoring Team that recently visited Water, Sanitation and Hygiene (WASH) project sites in Central Bougainville, Autonomous Region of Bougainville (AROB) under The Klinpela Komuniti Projek (Clean Community Project).

"What is critical for implementing such a project is that relationships are established before any intervention, "adds Rene.

He says that relationships are important because people may become reluctant to participate due to limiting local beliefs, so building good relationships with the community is critical.

The project is implemented by World Vision with funding support from the EU and technical assistance from UNICEF.

"I think that World Vision has established relationships with communities here (AROB), and that is very important," he says.

Rene adds that it was very insightful listening to the people and seeing firsthand how the project has impacted the lives of the children.

"It is stunning for an outsider to see how much it impacts the health of the community, especially the children, and this means that parents have to pay less for hospitals," he adds.

Paying less for hospitals means that parents have extra money to pay for school fees and other essential items that their children or the family may need.

The Klinpela Kominiti Projek works with 200 communities in Central Bougainville to improve Water, Sanitation, and Hygiene facilities and encourage proper hygiene behaviour in communities and schools.

The project has reached an estimated 26,000 people. 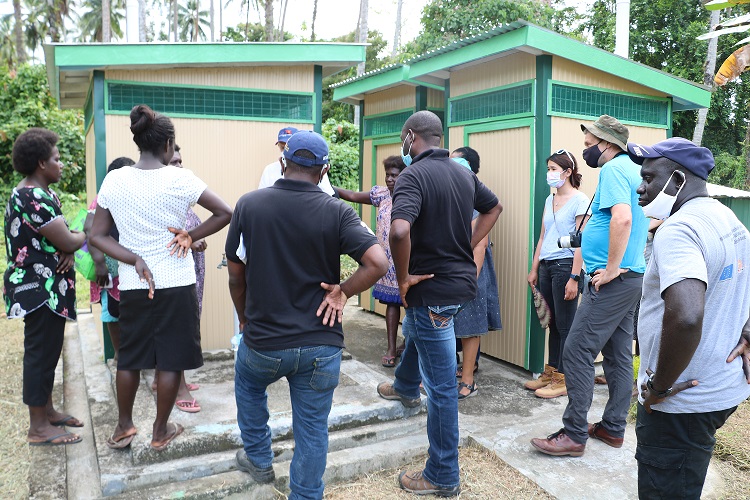 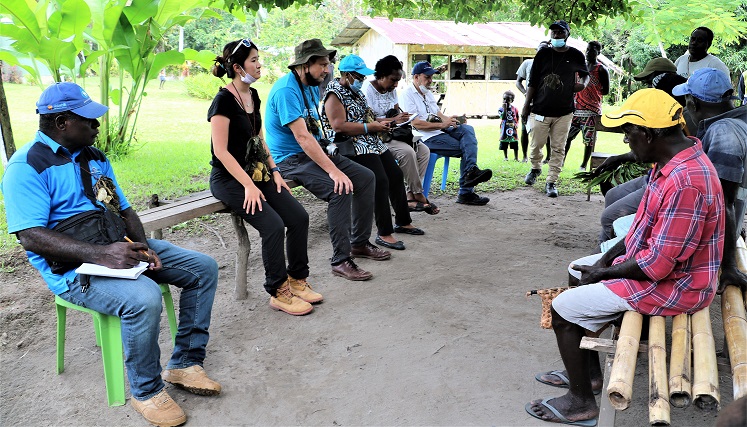 Rene says that although there may be some difficulties in the implementation process, these are expected because these projects such as these deal with people and behaviours, and behaviour change takes time.

"ODF" seems to be a good mechanism to trigger behavioural change, so that's a very good approach", he adds.

ODF or open defecation-free is a term associated with the safe management of faeces in a community.

A classic example of a community under the project that has reached its ODF status is Rumba village in Kieta District. Through the project's intervention, the village was declared ODF on May 21, 2021.

Agnes from Rumba is a very vocal beneficiary of water, sanitation, and hygiene in her village, along with her son, George, who is deaf.

"In the past, we used the river and other places like the bush to defecate, but now we are glad that World Vision has come", says Agnes. 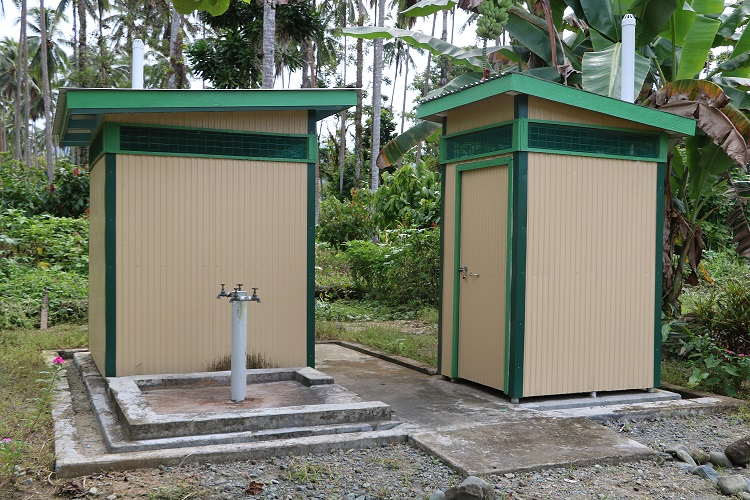 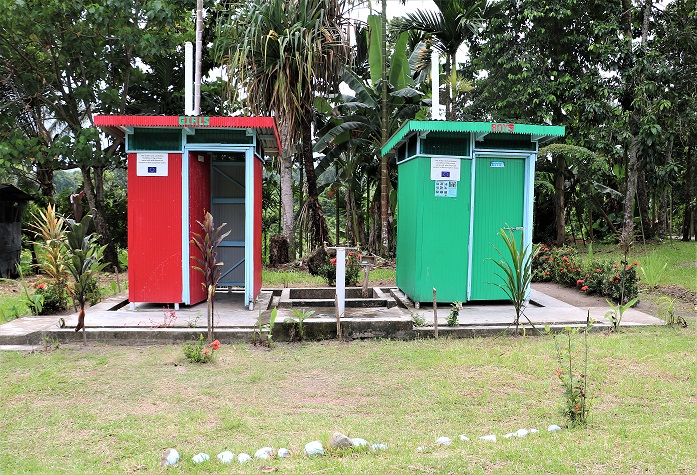 Through the project's intervention, each family in Rumba village now has a toilet, compared to the past.

She adds, "In the past, children in our village had sores, scabies, and various types of skin infections, cough, and fever and would often visit the Health centre, but we no longer experience that."

Communities like Rumba were mobilised through Community-Led Total Sanitation (CLTS). They took the lead in planning and implementing key actions using available resources in the communities to build toilets which is the first step in Open defecation. In this process, communities are triggered to change their mindsets.

Through this triggering process, communities realise that they should or may need to improve their WasH facilities to make their community a healthy place of living.

"Our community has greatly changed, and I'm hoping that more changes will happen as we already have our ODF signpost in front of the village", adds Agnes.

The project aims to mobilise communities to eliminate open defecation and adopt improved sanitation and hygiene practices in selected communities within Central Bougainville, like Rumba. 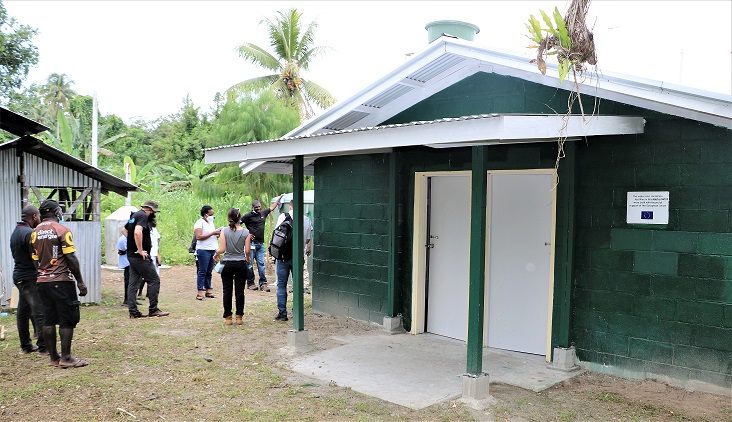 " The intervention also reached 50 schools and 9 Health care facilities, an estimated 10,000 students have benefited from this intervention through the facilities and hygiene messages.

"In Health care facilities, sanitation facilities were built with incinerators and has benefitted an estimated 5000 people, according to the project manager, "Kolis Rua.

"I've been very impressed with the work by World Vision. It's great to see all the communities engaged in the CLTS program", says Martin Worth, Chief of WasH with UNICEF Papua New Guinea.

He adds that it is evident that the project has impacted the lives of the people in communities of implementation.

"The people are happy, the community is clean, the children have got reduced diarrhoea, there's a demand to keep the village clean and tidy, so yes, it's been very impressive", he adds.

Speaking on schools and health centres, Martin says bringing these services has a major impact. He pointed out that when children learn these good hygiene behaviours in schools, they take this knowledge back home and will most certainly demand that these behaviours be practised at home.

"Here in Bougainville, there seems to be more challenges but overall, very well done, a very good achievement. The usual story is how we sustain it, but hopefully, people move forward", he says.

Martin expressed satisfaction in the way World Vision works in Papua New Guinea with communities, saying, "You've got a good presence, good quality, good communication, and you have a good reach across many parts of PNG."