Thirty years ago, government leaders came together to sign the Convention on the Rights of the Child at the United Nations. The EU has made a strong commitment to promote, protect and fulfil the rights of children according to principles set in the Convention, which is the most widely ratified human rights treaty in history. Three decades on, there has been strong progress, but millions of children are still growing up without basic rights.

To mark the occasion in true World Vision style, the EU Representation office supported one Young Leader, 14-year old Maria from Uganda, to speak directly to European Leaders. As member of Buikwe District Children’s Parliament, Maria has developed a passion for advocacy for children’s rights. On behalf of her peers, Maria took part in several engagements throughout the week of the 30th anniversary of the Convention on the Rights of the Child, including delivering a powerful speech at the High-level Conference at the European Parliament.

On 20 November 2019, World Vision collaborated with Child Rights partners to mark 30 years of the Convention with a High-level Conference at the European Parliament. Over 30 children from Europe and around the world came together to draw attention to the issues still affecting children everywhere, such as inequalities, climate change, child marriage and many more. 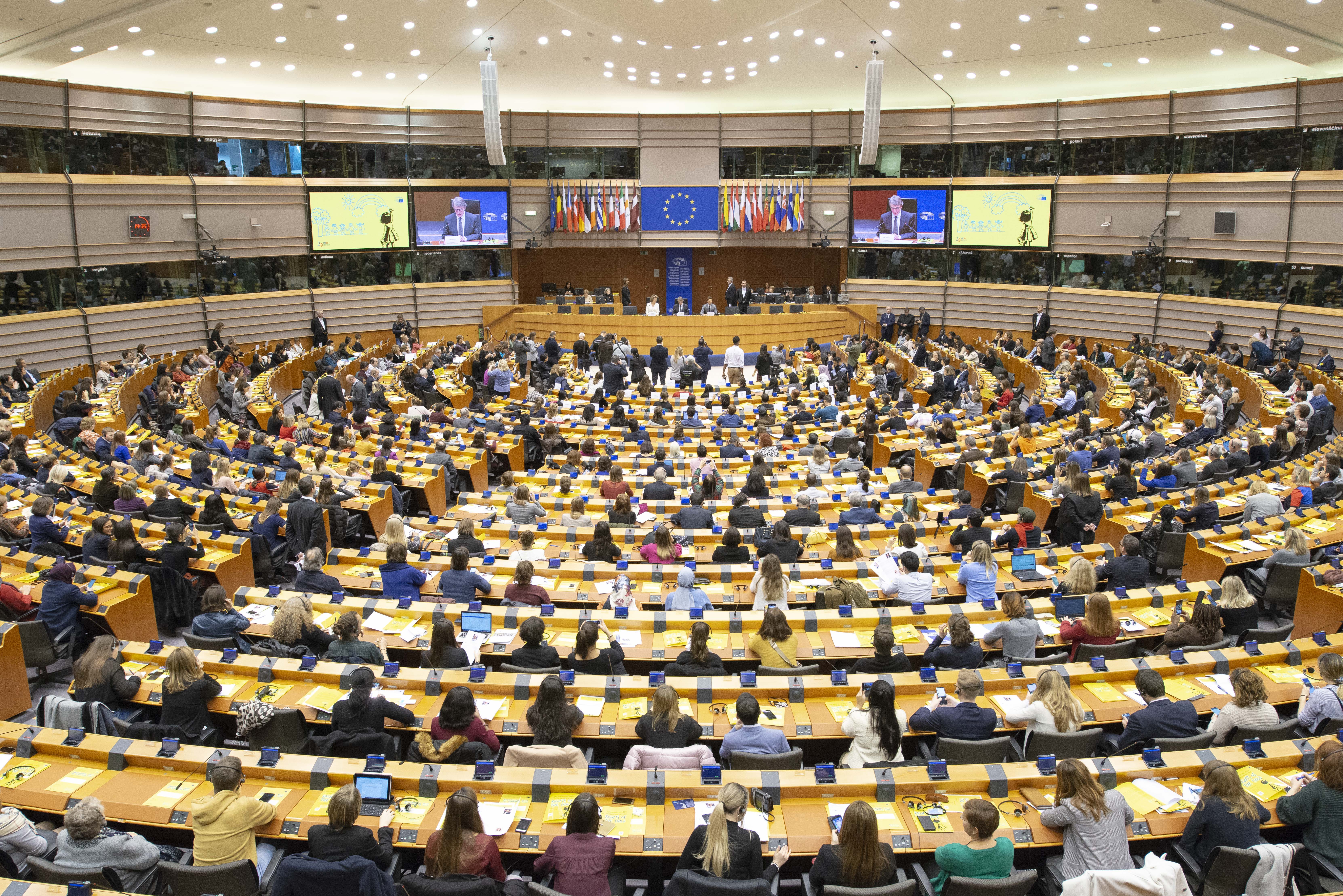 "It’s in the interest of all governments to end all forms of violence against children because then the whole country and society will do better." - Julie Ward, Member of the European Parliament

On the morning of the 20 November 2019, World Vision’s Young Leader Maria and 16-year-old Bereket from Ethiopia (Young Leader from SOS Children Villages’ International), took part in a Voxbox discussion with Member of the European Parliament (MEP), Julie Ward. Maria and Bereket were the only non-EU children at the event representing children outside of the EU.

The exchange, which focused on a second revolution for children, posed rather challenging questions for the MEP. Both the Young Leaders raised concerns on issues such as corporeal punishment and child participation in decision-making at national levels and questioned how the European Parliament could support Uganda and Ethiopia. Julie Ward assured them that “children are the future, and if we’re not listening, then it’s only steering trouble up for the future”. Watch the full discussion below. 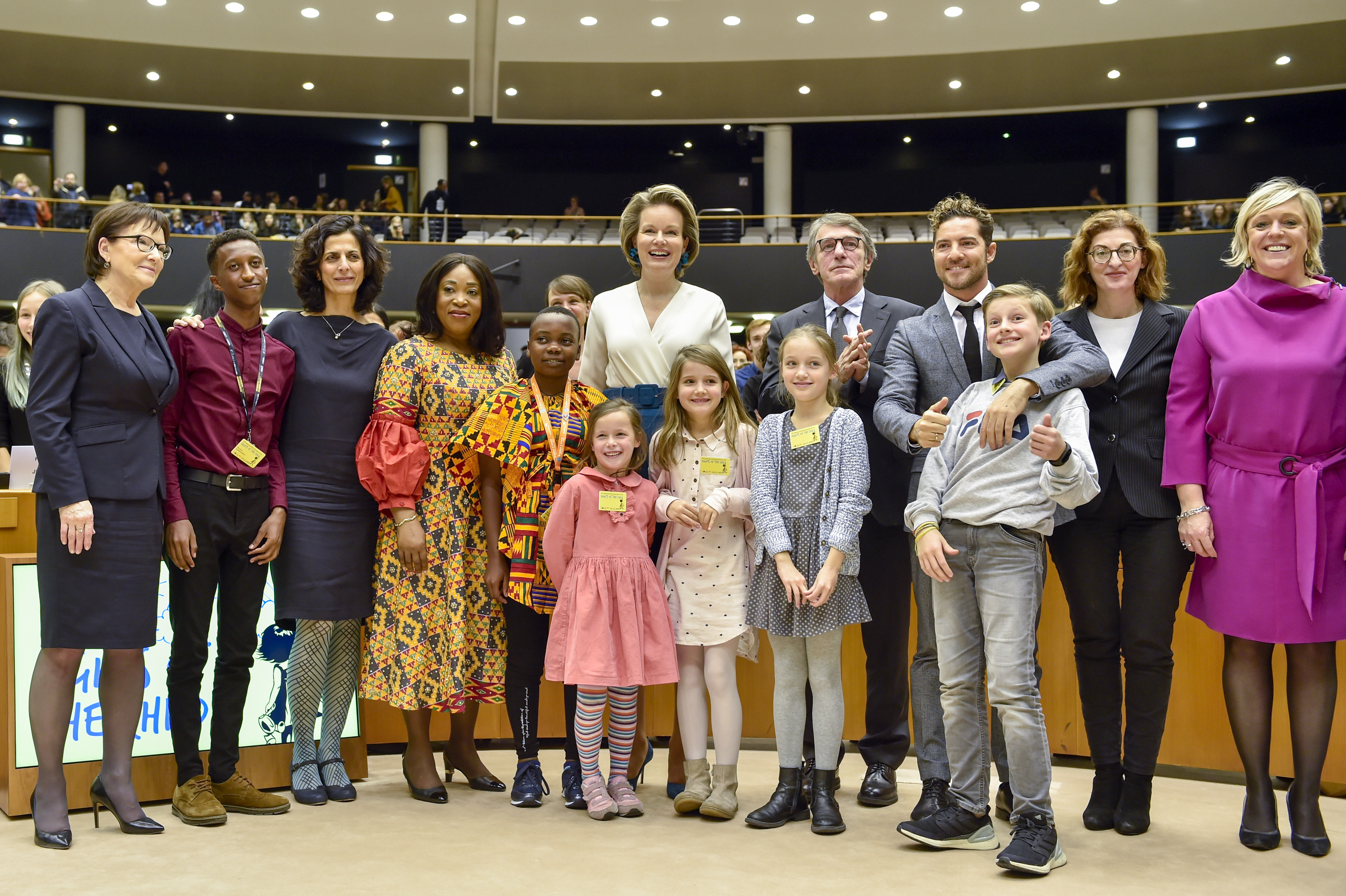 "The promises of thirty years ago must not only be reaffirmed, they must above all be kept” – Her Majesty the Queen of the Belgians

After the opening speeches from Queen Mathilde, Her Majesty the Queen of the Belgians and David Sassoli, President of the European Parliament, the children had the opportunity to take a “family photo”.

In the afternoon, the High-level Conference commenced in the Plenary Chamber at the European Parliament. On a panel called “Every child has the right to dream”, Maria and Bereket joined the panel with four influential adults:

Maria delivered a compelling three-minute speech to the panel and audience emphasising the need to stop all forms of violence against children now. On behalf of her peers, she highlighted the issues and effects of chid marriage, sexual violence and child sacrifice, a topic all too familiar for Maria who is from Buikwe, a district once declared the hot spot for child sacrifice.

“I have got brothers and sister and if I don’t fight acts like sexual violence and child sacrifice, it will come a day when it either happens to me or to any of my sisters or brothers!” - Maria

She concluded her speech by insisting that it takes a world to end violence against children, before receiving an overwhelming outpour of applause and a standing ovation from the audience. Watch Maria’s speech below.

You can watch the full High-level Conference here.

Maria and Bereket hosted a two-hour meeting with child rights coordinators of the European Union (EU); Monika Gajowy from European External Action Service, Patricia Pennetier from European Commission Directorate-General for International Cooperation and Development (DEVCO) and Marta Kuljan from DG Justice and Consumers, European Commission (DG JUST). The children gave the EU Child Rights Coordinators an overview of their work in their communities as Child Parliamentarians, which included the democratic processes, and how it could be developed as a successful format of child participation. In the exchange, the coordinators explained to the children how the EU works with children across development, external relations and justice. The meeting concluded with a joint agreement that children are the experts on all that concerns them and that adults need to think of children as the future, but more importantly, children are the present, therefore action is needed now. 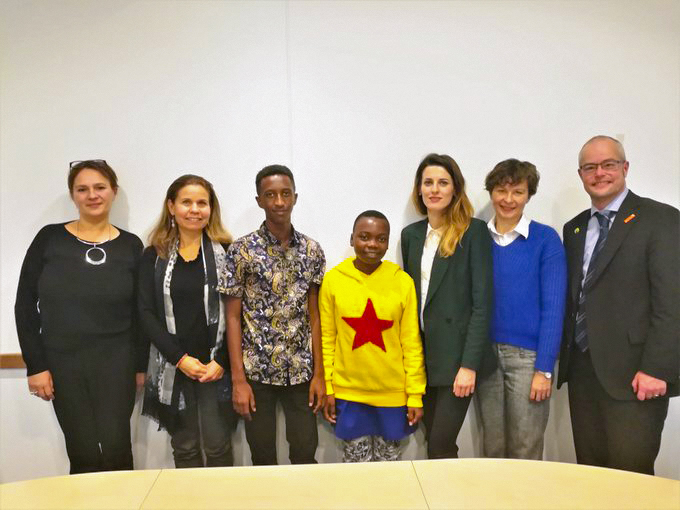 The children also got the opportunity to meet with the DEVCO Ethiopia desk, Alicia Martin Diaz. They were explained how EU development funding works, what was budget support, grants, the 7-year financial frameworks and the programming, and then the specific priorities for Ethiopia. Alicia explained how the EU functions and the political changes with the focus on migration, but equally gave ideas on how to engage locally, providing many good examples.

After Maria’s empowering speech at the High-level Conference, she was invited to meet with the Ugandan Ambassador, Her Excellency Mirjam Blaak. She expressed a lot of pride to have such an outspoken, powerful young leader speaking on behalf of Uganda and its children in Brussels. Maria seized the opportunity to raise her concerns on the lack of implementation of child protection laws, the need to link child parliaments to the national parliament, and violence against girls.

Recommendations for a 2nd Revolution

Maria and World Vision EU Representation are calling on all EU leaders’ decision -makers to continue to:

You can also read our “6 asks” paper (prepared by the collation of child rights organisations), which was presented to the European Parliament at the High-level Conference on 20 November 2019.