Mohammed Khalil El Halabi works for World Vision Jerusalem, West Bank Gaza, as Zonal Manager. The crisis became personal for him in July of this year, when eight of his family members died under the rubble of homes that the Israelis had targeted for demolition without any pre-warning. He has been profiled as one of the UN's Humanitarian Heroes.

He answers questions about being a humanitarian.

What does Humanitarianism mean to you in one word? Helping the people to survive and to restore dignity to their lives.

Why did you become a humanitarian worker?

I was born in Jabalia UNRWA refugee camp in Gaza. It is the densest area in the Middle East and there I experienced the most critical times for Gaza people.

I started to work in Gaza as a civil engineer until the year 2002. During the second Intifada (uprising) I saw the victims among civilians and saw how people were suffering, which motivated me to volunteer in one of the local NGOs.

"I met the children whose houses were totally demolished and lost at least one of their beloved people, yet they are singing for peace in one of World Vision’s Child Friendly Spaces, which is unbelievable."

After an invasion in my area which killed dozens of people and destroyed several houses I decided to leave my work as an engineer and turn to humanitarian work. I wanted to be able to help civilians and especially children - to ensure they are protected and to deliver services for their survival.

Having lived through consequent conflicts and wars, seeing injured and killed children, and knowing my own children have been traumatized by the violence, I decided to fully dedicate my life to helping people and children to restore their lives.

What's the most rewarding part of your work?

The most rewarding part is when we manage to restore the smiles of children who are severely traumatized by the devastating bombs which killed part or all of their families. Today I met the children whose houses were totally demolished and lost at least one of their beloved people, yet they are singing for peace in one of World Vision’s Child Friendly Spaces, which is unbelievable,

What are some of the more challenging aspects of your work?

Sometimes, like during the current war, we have to reach displaced people and children during the conflict which can be dangerous. Recently I was on my way to the hospital to provide medical supplies to respond to the huge number of injuries they receive every day and less than a minute separated me from being under rubbles after an F16 plane destroyed a house in the same road. I couldn’t imagine the situation after I saw the video which was taken by a journalist. 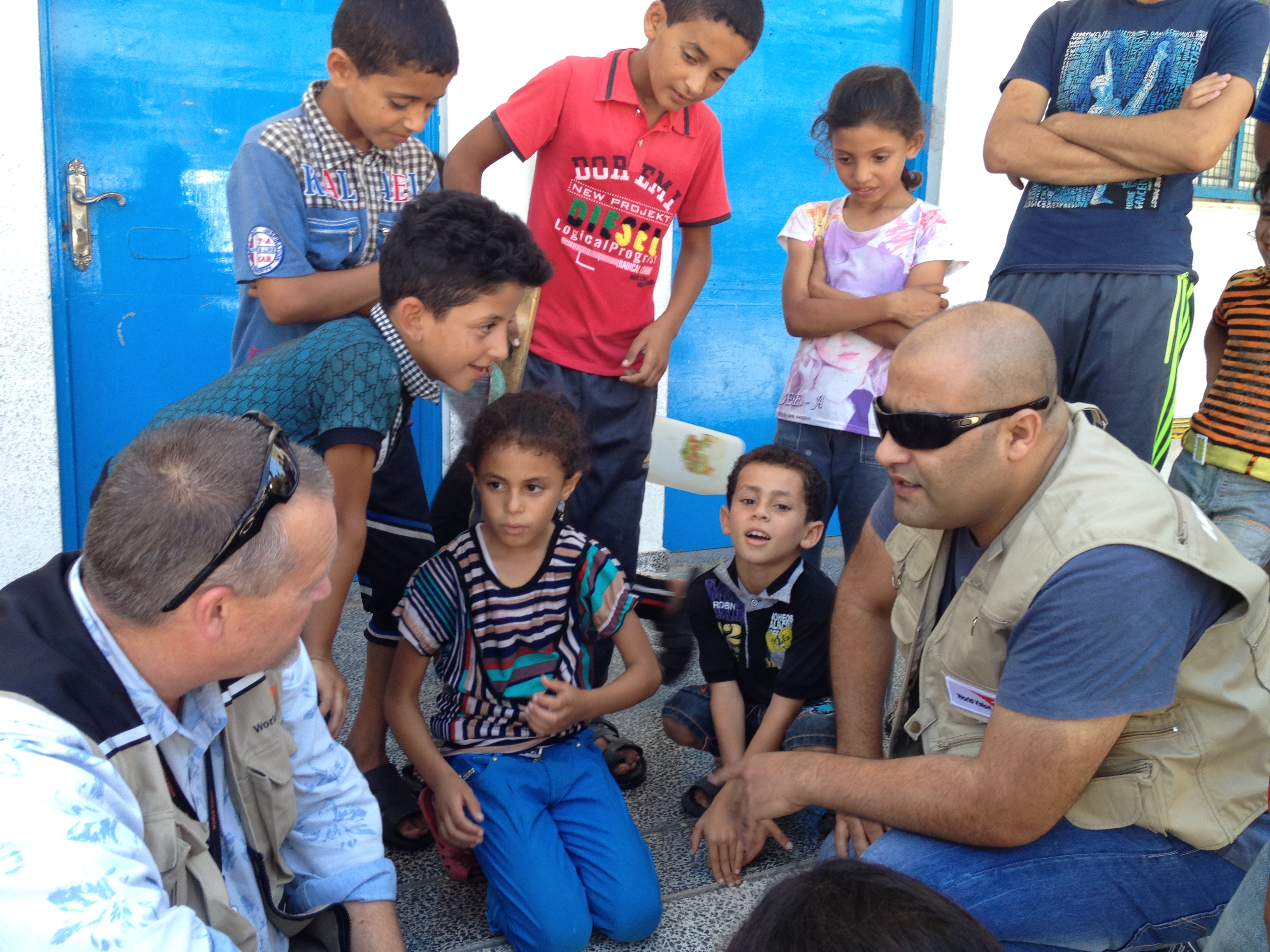 Tell us a little bit about the work you do?

In addition to managing development programs, I have managed emergency and early recovery responses in Gaza after the previous wars.

I’m currently managing the World Vision emergency response in which we provide hospitals with medical supplies, disposables and bed sheets. We also provide people who are staying in informal shelters with food and hygiene kits.

The biggest intervention we implement is the psychosocial activity. We are helping more than 1,500 children in 15 Child Friendly Spaces, 350 injured children in hospitals and 600 in neighbourhoods. Furthermore, we have helped 8000 parents in psychological first aid training which significantly reduces the stress on their children during the war.

What is the most memorable moment you’ve experienced during your work?

One of the children in our programs in 2009 had lost two of her young cousins and her hair was burnt after a white phosphorous bomb has fallen on her home. She was severely traumatized, was isolated in her room and was not talking to anyone. A few months after she joined our programs, she became a leader for a group of children and I met her while she was educating them about child rights and singing for peace. I was so touched with the experience and will never forget the happiness I felt at this moment.