On March 8, 2018, WV Chad Child Protection Officer Grace Palnodji and communications consultant Natja Igney visited World Vision’s Child Friendly Space (CFS)  in the Selia community, approximately 50 km from Bagasola. The facility was opened in spring 2017 and hosts approximately 400 children aged 5 to 17. While it targets primarily children from refugee and displaced families it also welcomes local resident children. A group of trained adult animators, both women and men, looks after them, providing them with activities and playful learning opportunities. The large enclosed terrain features a large soccer field and a playground for the younger ones. 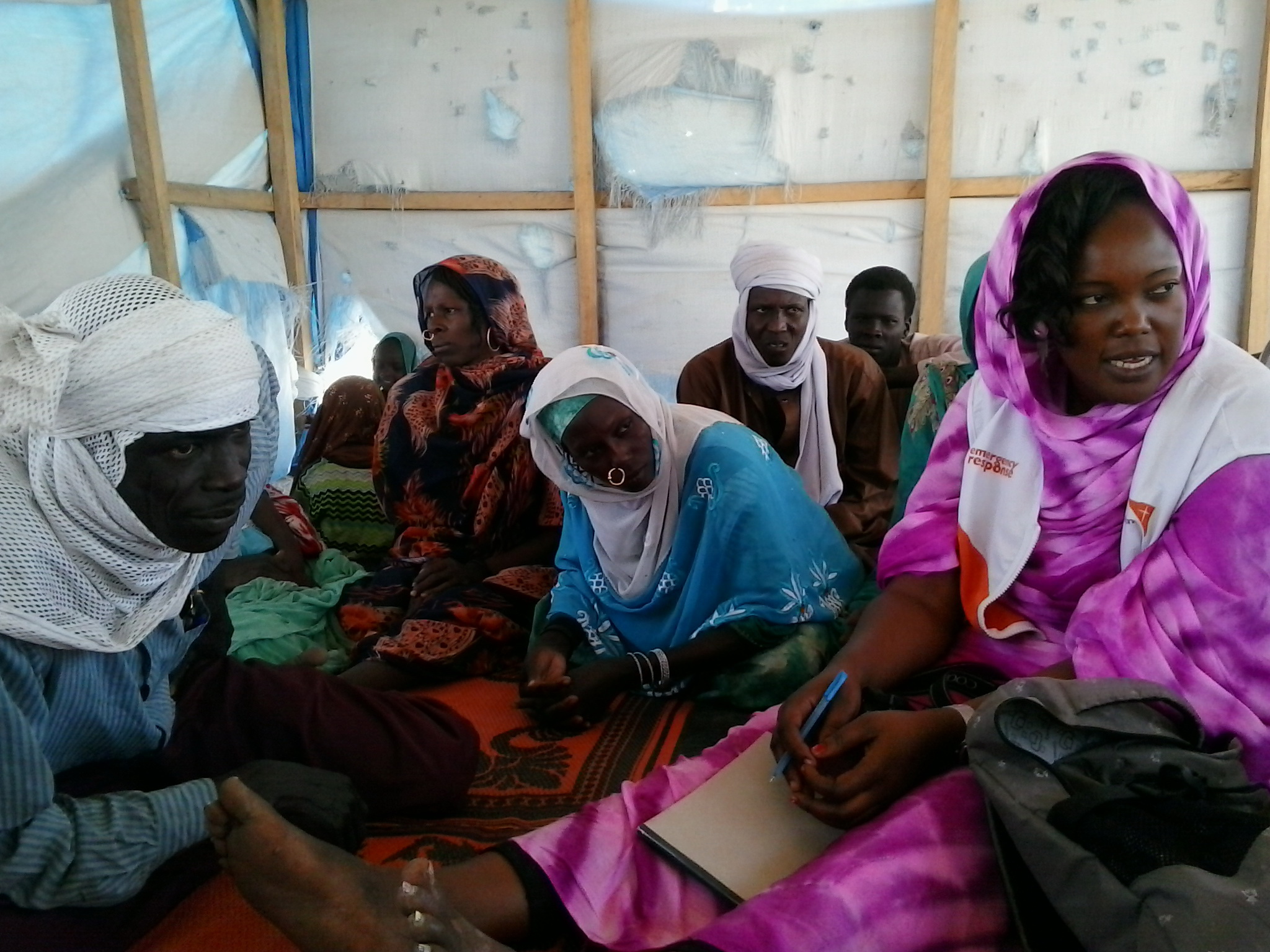 The meeting took place in one of the CFS hangars. We were quickly joined by 15 animators (6 women and 9 men) and a group of 37 children (22 girls and 15 boys) from babies to teenagers, and had an opportunity to interview a child and an educator. My questions passed through two translators – Grace who translated from French into Arabic, and one of the village elders who translated Arabic into the local language.

“All the difference in the world”

The local community was welcoming to the refugees and displaced persons at their arrival but being at an extreme poverty level themselves, had little to share. Beyond that, ethnic, cultural and religious differences created tensions. Our question to the community “Has World Vision had any influence on your life, and how so?” met with enthusiastic, unanimous response. “Yes, in very many ways.” Previously, there was no place to go for the children, we are told. They did not know what to do and the older ones started making trouble. But the CFS changed everything. Now the children and adolescents have a purpose, and a place to go to. The younger ones love to play with the equipment World Vision has provided, although on the day of our visit they were encouraged to remain in the shade of the hangar to protect themselves from the oppressive midday heat. 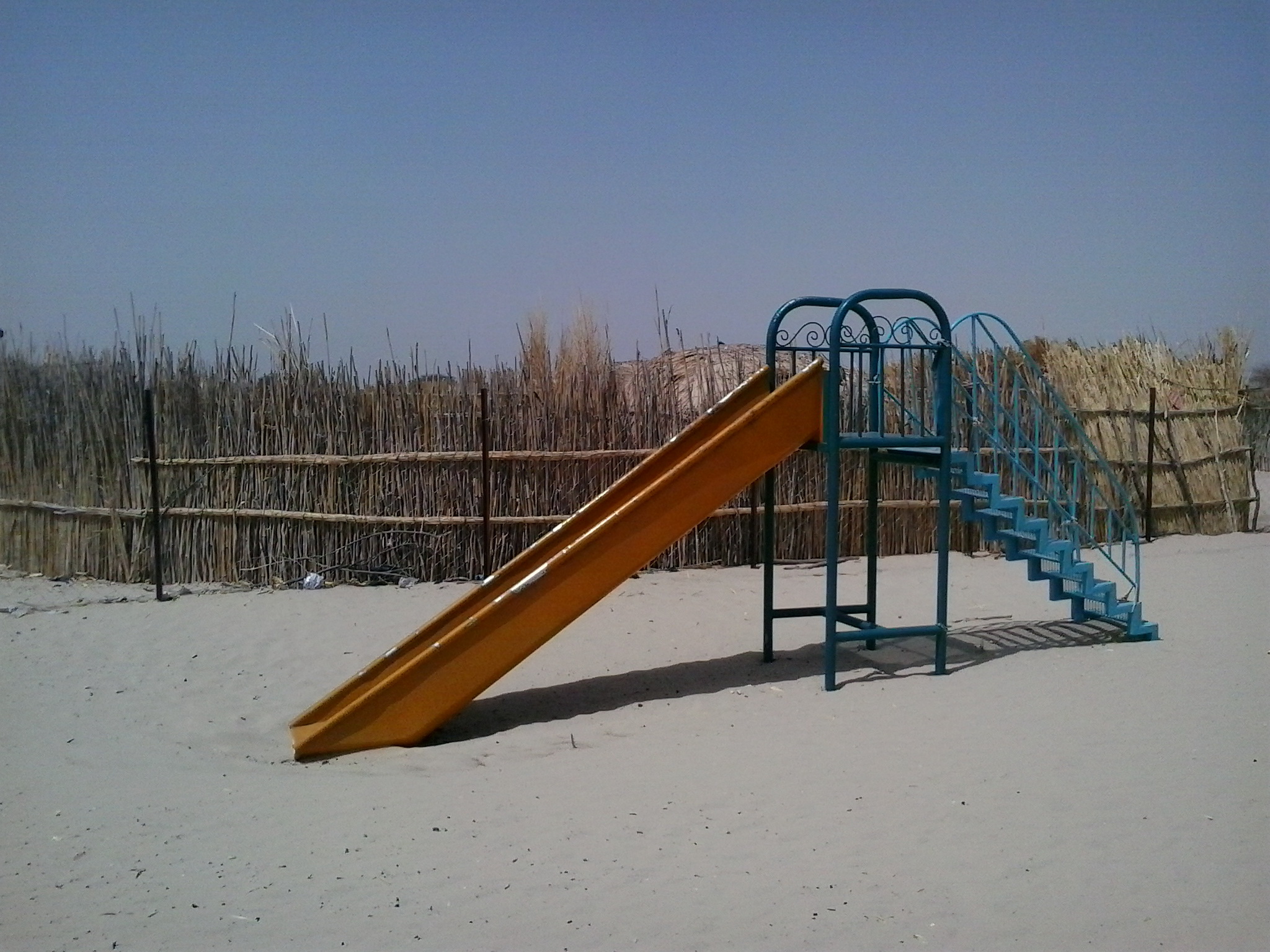 Team sports are played to enhance team spirit, sense of collaboration, and individual responsibility for the collective good. All are taught a peaceful communal lifestyle and basic life skills such as good hygiene - thanks to the well World Vision constructed nearby in the frame of its WaSH activities. Learning to wash their hands properly using soap has noticeably reduced children’s sickness, which in turn greatly improved their families’ lives.

CFS – Reinforcing What Families (Should) Teach

Baba Issa, one of the women animators, tells us about her motivation to become involved in the project: “Our children now have an opportunity to play as children should, to learn critical life skills, and to no longer be exposed to the risks and dangers they face when herding animals.” It is a well-established fact that children, especially girls, are frequently confronted with life-threatening situations when they are out in the pasture, unsupervised. And while the families are responsible to teach their children peace and tolerance, this CFS is where these teachings are reinforced and put into daily practice.

"My dream? Become a humanitarian and help my people!"

Learning – a word we hear frequently. We therefore interview one of the children present. 16 year old Mbokoye Kannaye is somewhat reserved, an observer, half hiding behind his phone to avoid being photographed but his keen intelligence becomes clear the moment we engage him in conversation. He expresses himself in a serious, poised tone, beyond his age (interview edited for brevity):

Q:  Have you ever gone to school?

Q: If you had the opportunity to go to school, what would you like to do with your education?

A:  I would love to become a humanitarian and help my people.

Q:  What has this Child-Friendly Space brought to your life?

A:  It has taught me how to coexist in tolerance and peace. Before, there were tensions among the children from different ethnicities but now I understand we are all the same and we get along great.

Q:  Do you share with the younger ones here what you have learned?

A:  Yes, I do that, I love passing my knowledge on to the younger ones.

Asked which among all the pressing needs they had was the one they would put above all others, the Elder tells us, “Education, education, education!” All animators – all parents themselves - agree that school both for boys and girls is the key to everything else, and the children are more than willing, given the chance. With eager and motivated kids and a physical structure already in place, thanks to the hangars in this CFS, the only thing missing is qualified teachers. There are some community members who could teach but their skills need to be upgraded. Capacity building is therefore a key element in realizing that step.

In summary, the CFS that World Vision has created here, has significantly improved children’s well-being. It not only provides a safe space where children are cared for physically, mentally and psychologically, and where they learn key skills like good sanitary habits, productive collaboration, and tolerance, and by extension has a dramatic positive impact on the way families live in these unimaginably harsh conditions. In addition, it is encouraging to see the multiplier effect of the skills that are being transmitted from animators to the children, and in turn among themselves, as evidenced by the young man’s answer. Everyone at Selia is conscious of World Vision’s contribution and its presence, and the project can only be described as a resounding success and an important step in World Vision Chad’s child wellbeing-strategy focusing on the most vulnerable ones. 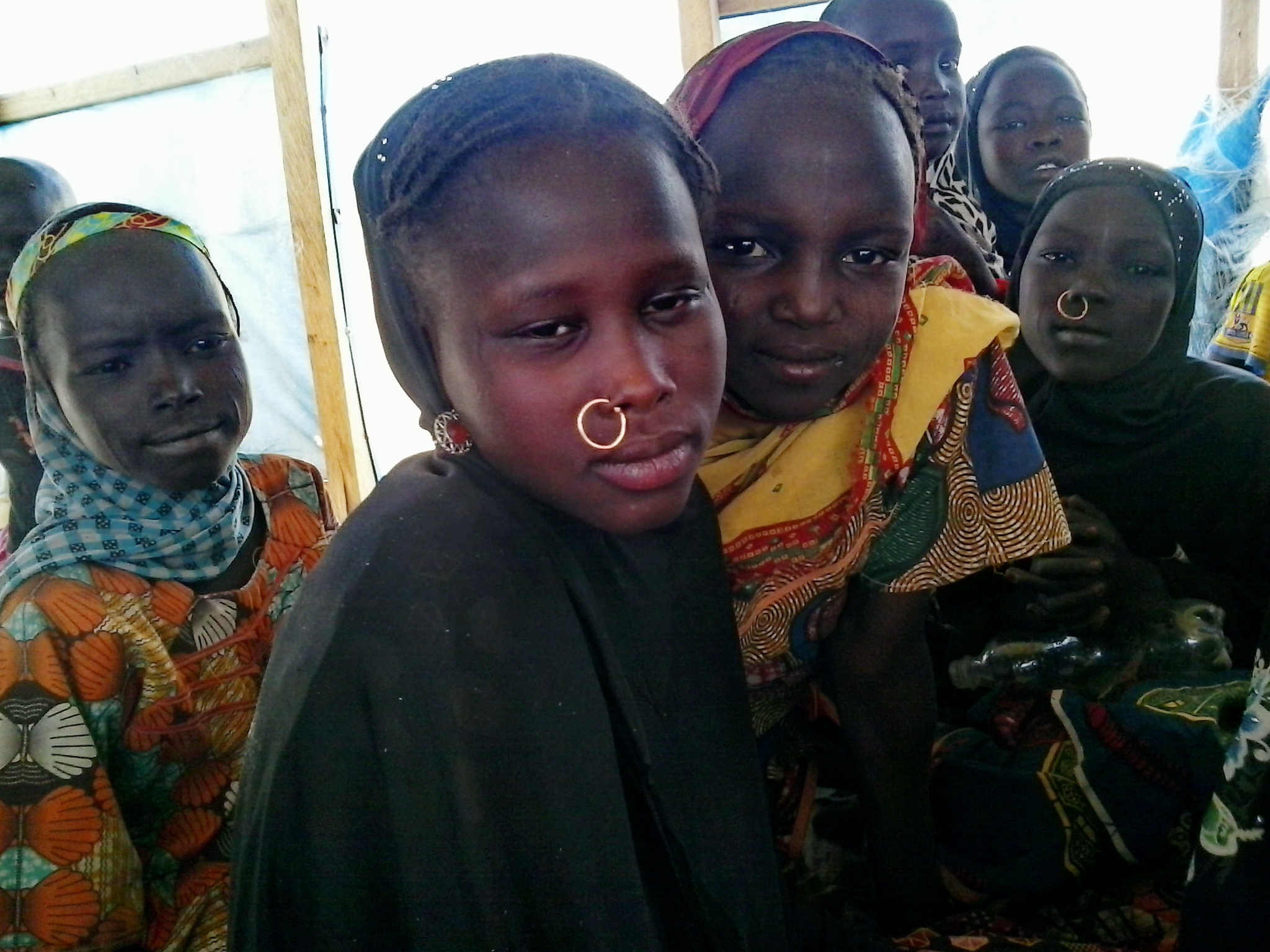