A well-known saying goes, “It takes a village to raise a child”, and that is true the world over. But it also takes a dedicated, determined leader to steer that village in the right direction. In World Vision’s case, these are the local ADP (Area Development Programs) managers. And in Tara, in Southern Chad, 90 km from Moundou, that leader is Sister Solange. It was her who oversaw the opening of the local health center in the community of Manga Bal-bal, in 2015, and she has been running it ever since. Supported by a small team, she has been implementing World Vision’s diversified health and youth protection programs, changing the lives of her village for the better. But beyond that, the programs are also laying the foundation for a self-reliant future in the long term.

Intelligent eyes peering out from behind a sober pair of glasses, an air of quiet, friendly authority around her… Guelebeye Digre Solange, simply known as Sister Solange, is a no-nonsense kind of woman. Her competence is palpable, and so is the respect and appreciation the community has for her. She is a trained and state-certified midwife. But in her daily work, she wears many hats. She ensures that the 11,000 some habitants in the community have access to basic health care. She looks after malnourished children, and educates her villagers on good sanitary practices. She takes care of women during pregnancy and child birth, and she supports groups of children and adolescents who have formed a “Club Hygiene”.

The need for a local health center was first established by government decree in 2012, but no government agent was ever deployed. When falling ill, the population had to travel to other communities, 15-20 km away, in quest of medical care. Many could not afford to go, or had no means of transport, and thus often did not survive. Malnutrition was rampant and unaddressed. In addition, the mortality rate of infants and children aged 0-59 months and death during childbirth was elevated. 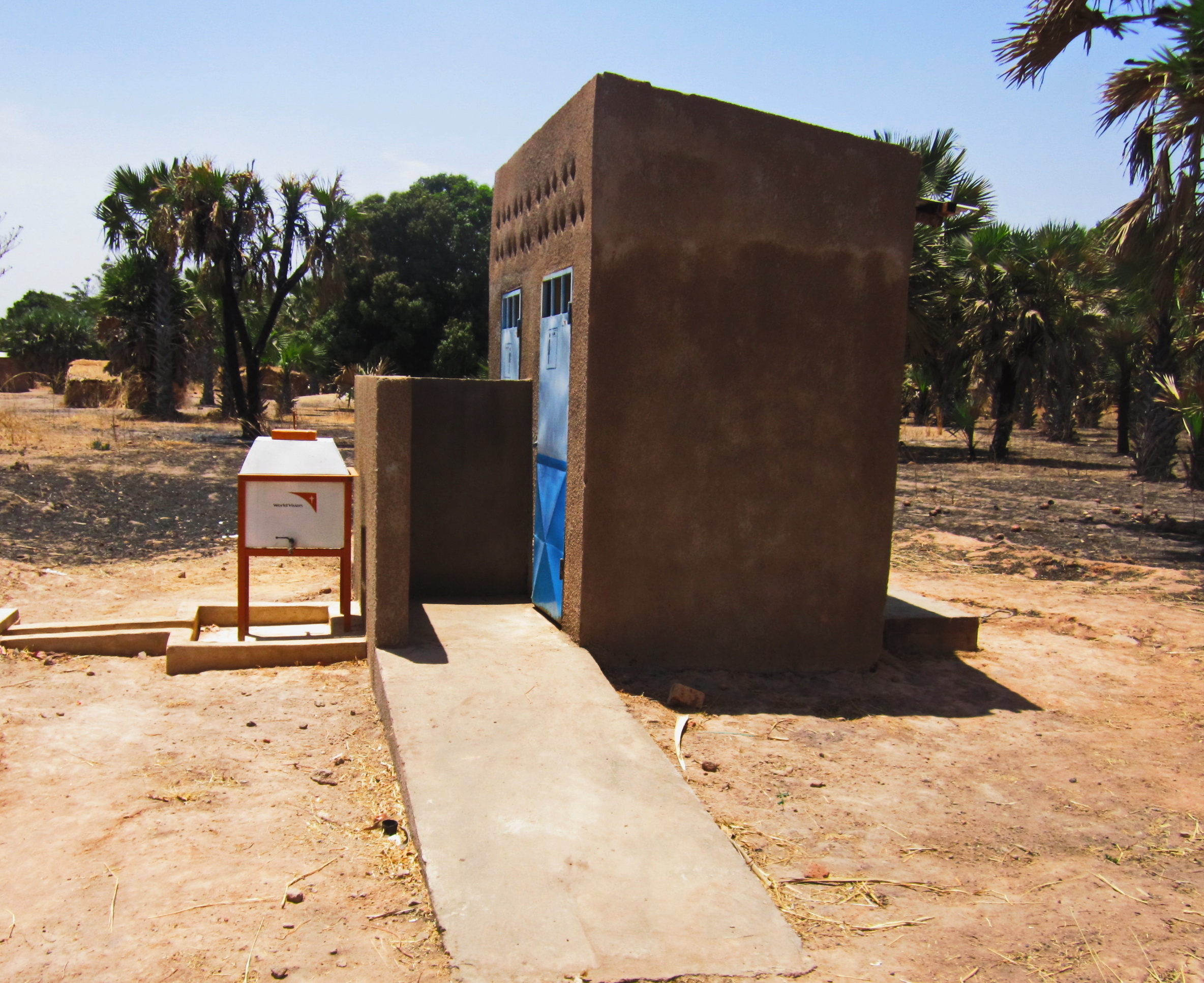 In 2014, in collaboration with the district’s head physician, World Vision built a structure that would serve as medical office, delivery room, and pharmacy, well-stocked with a supply of medication. The center was placed under the direction of Sister Solange, and formally opened in February 2015. Along with caring for acutely sick patients, it also emphasizes prevention.

“80% of our patients used to consult us for diarrheic diseases, closely followed by malaria with 79%, and severe malnutrition with 35%. But since our sensitization programs around good handwashing practices, open air defecation, and personal hygiene have started to grow roots, and with World Vision’s other health-promoting initiatives like the construction or rehabilitation of wells, the construction of latrines, and vaccination campaigns, these numbers have noticeably reduced.”  --  Sister Solange 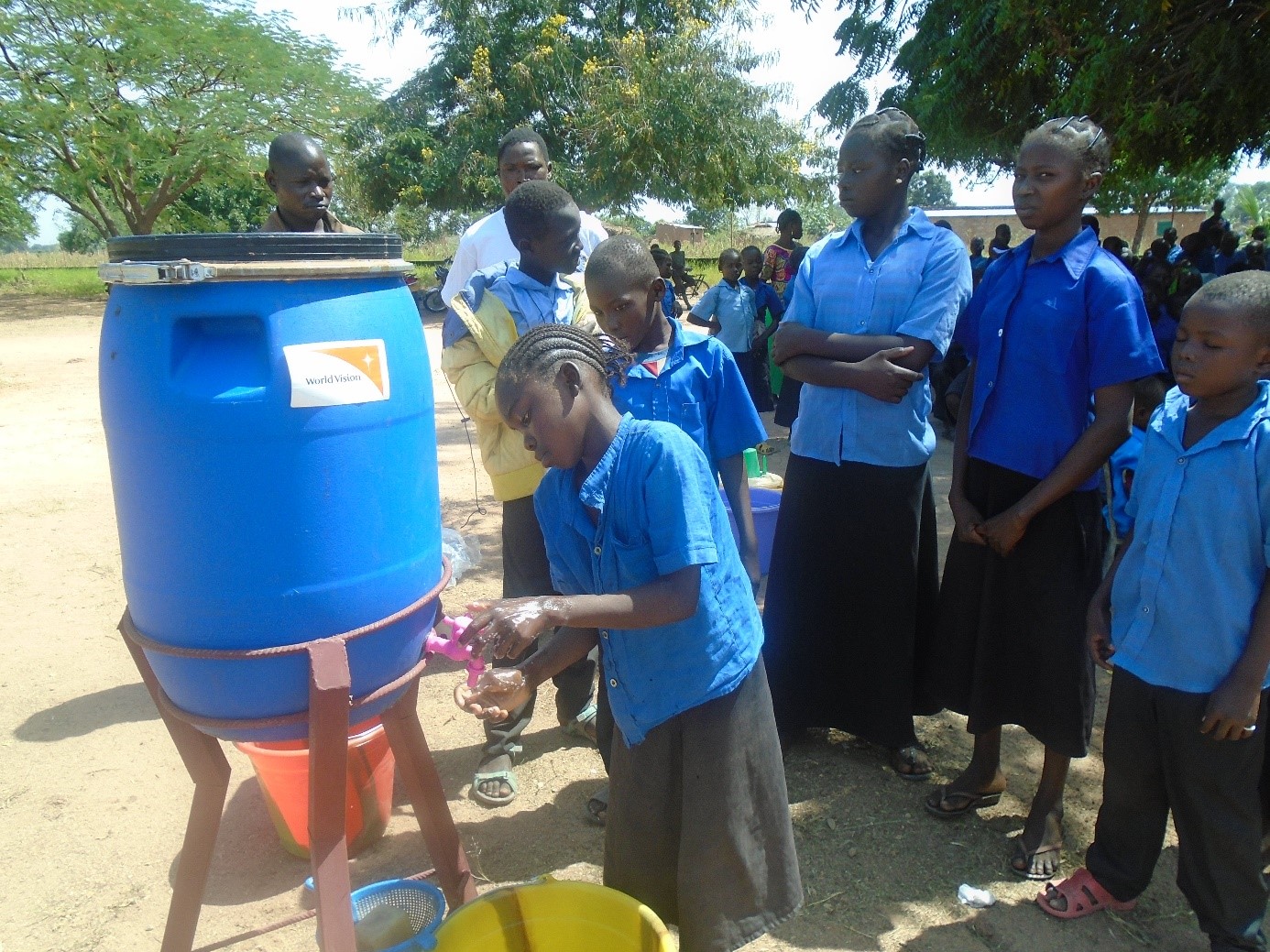 Another issue also gave cause for concern – the high rate of mothers and infants dying during birth. In Chad, giving birth is still a taboo subject. More often than not it takes place without the help of trained assistance, and wherever the mother-to-be may just happen to find herself. This means that the location may be unhygienic and the person(s) attending the birth, typically female relatives, do not work in sanitized conditions. A related problem is the high number of girls in their early teens giving birth. Their bodies, in mid puberty, are not ready, and this frequently means C-section births under less than professional and sanitary circumstances. Both situations frequently lead to infections and/or insufficient neonatal care that often result in death. Sister Solange has been tirelessly campaigning for women to give birth at the health center, assisted by herself and her trained helpers. She is now delivering about ten babies per month. Still a feeble rate in the big picture but definitely progress for the local society.

In the summer of 2017, midwife Solange helped another kind of “baby” into this world: “Club Hygiene”. Hiding behind this sober name are several groups of teenagers who, inspired by the visible progress over the previous two years, all share a vision: “to spread our knowledge of hygienic practices to improve health in our village”. About 1,600 youths are organized in such clubs. 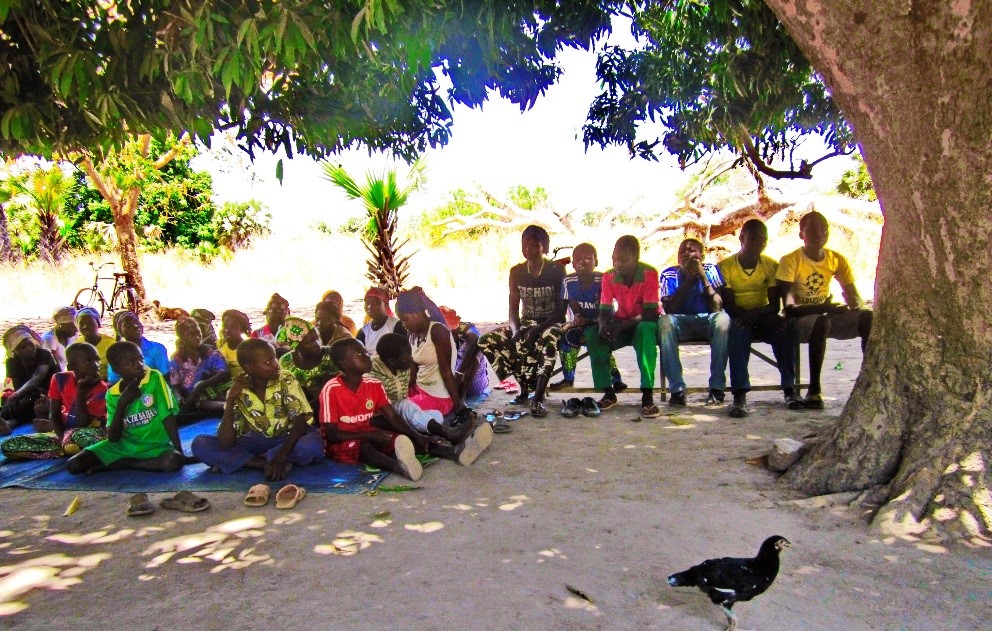 “Before World Vision came, we had no idea what enormous impact good hygiene would have on our health. But now that we have been taught good practices and have a better understanding of health questions, we want to spread the word,” says Yvette, president of one of the clubs, age 16. “Because we know that by doing that, we will change how our village lives many years from now.” And like several of her friends, Yvette has been inspired by Sister Solange to work in community health care once she finishes school.

What a difference a kit makes…

And there is something else the group was taught. It may sound trivial to Western ears, but to Chadian girls it makes a world of difference: Previously, girls had no way of managing their periods. When they showed up at school with blood-stained clothes, they were ridiculed by the boys, which caused them to regularly stay away from communal life and most importantly from school for several days out of any month. Providing them with feminine hygiene products - and educating both girls and boys about women’s natural cycle - changed all of that. Now the girls are able to manage their periods discretely, and no longer have to miss out on school.

Away from Early Marriage

But practicing good hygiene to avoid illness is by far not all the group has learned and is eager to share. Another issue is being addressed, which also constitutes a key elements of World Vision’s strategy 2016-2021 and Our Promise 2030, aiming to protect the most vulnerable children. World Vision seeks to create a fundamental societal change by campaigning against early marriage.

In Chad, more than 70% of girls are married as pre- or early teens. It is often argued that early marriage is a cultural phenomenon but in fact it is rather not. Up until a generation ago, girls tended to marry at or after age 18. But the increasing impoverishment of the Chadian population, caused among other factors by the rapid and dramatic desertification of their previously fertile agricultural lands, has had an alarming effect: in a society where arranged marriages are still the prevailing custom, girls have been leaving their parental home at an increasingly younger age. Apart from disrupted childhoods and the sexual exploitation of minors, there are other grave consequences: Once girls get married, they drop out of school, and they also tend to fall pregnant quickly, with all the undesirable results such as problematic pregnancies and difficult births, mother and infant mortality, etc. To what extent World Vision’s sensitization against early marriage has already grown roots in the minds of the young, and how highly education is prized, is best summarized by the statement of Justine, age 15, and also a “Club Hygiene” member:

“If today my parents told me to marry, I would refuse, because my true father and mother, that’s school!”

Short-term impact and long-term changes go hand in hand in World Vision’s programs. And Sister Solange exemplifies these efforts. In fact, her work is so effective that today the young “Club Hygiene” women have found the confidence to go to the village chiefs to educate them on the key problems such as health and early marriage, with the goal that the elders’ authority might influence others in the community.

Of course there are statistics, tables, and data to measure World Vision’s impact on this community, but sometimes statements straight from the heart say more than a thousand numbers:

“Before World Vision came here, we were all in the dark. Then they arrived, and they have been a shining beacon in our community ever since. But now it is our turn to share what we know so that everyone in our region is educated on health matters and can live a better life.”