In front of a modest house, Jeanine and her mom, Josephine, express to each other best wishes of the day before the young lady departs to school. Josephine, a mother of 6, encourages her daughter to pursue her studies so that she can enjoy a bright future.

“I rely on farming, selling labor and poetry to earn a living and provide to my 6 children. The trend of life is changing and it may worsen in the years to come, our children are likely to live in difficulties in the future if they are not equipped with skills from school.

My wish is not to bequeath our children to our jobs that are no longer profitable. 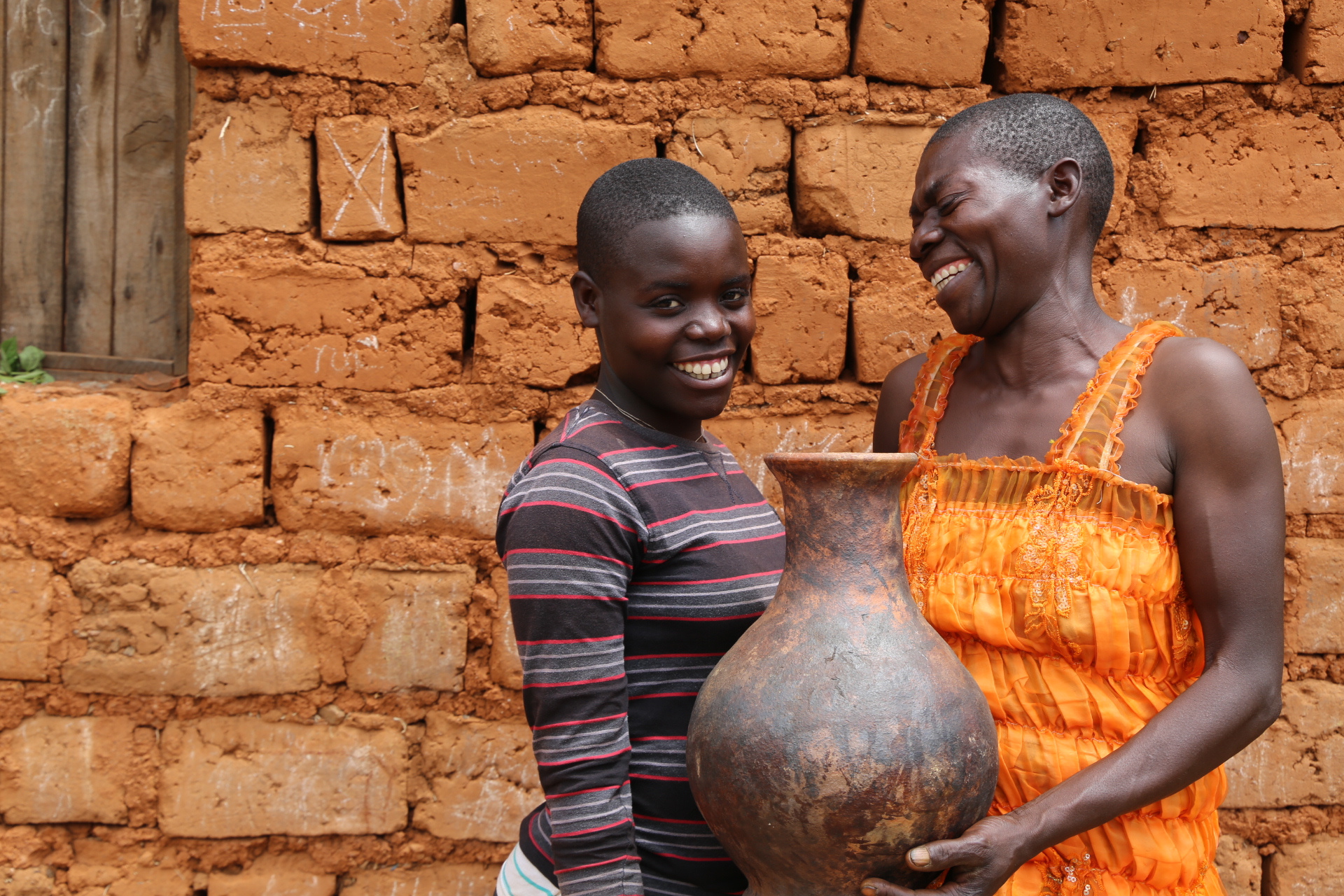 Jeanine’s education has been strewn with difficulties; class repetitions, lack of school materials and clothes and has seen a glimmer of hope since her mom was sensitized by an empowered world view facilitator.

“Repeating classes does not mean that I could not perform differently”, says Jeanine, 19, who is in grade 8 of the basic school.

According to Jeanine, life at home has been tough to the extent of not getting a torch she could use to revise what she had learnt at school.

Francine Ntirampeba, an Empowered World View facilitator in Itaba communes where Jeanine lives, testifies that she asked parents she engaged with to take the future of their children in their hands. As a result parents themselves engaged school authorities to re-register their children.

World Vision was only approached to provide initial school materials like uniforms and copybooks.

“I only asked school headmasters to be patient with them while they were looking for uniforms, something they accepted”, Francine says.

Since then, 58 children, among which many have dropped out went back to school.

With Empowered World View, I recovered my identity with my creator, became compassionate with her children and thought about my future, says Jeanine’ mom.

Among the many things Francine shared with the Batwa community of Kibogoye site was the change of mindset, improvement of relationship among couples and neighbors and be compassionate with each other.

After long discussions with batwa community members in Kibogoye site, it was obvious that school dropouts among their children were due to ignorance of parents not poverty as many of them believed.

“They told us to go on with studies, be up to date and not remain ignorant so that we can be competitive in the future”, the young lady recalls what she was told in one of the sessions that Francine, a facilitator, held with school children of the site.

The grade 8 young girl now aspires to be a leader in the future for the purpose of “being able to advocate for other vulnerable people”.

She feels motivated as her parents do provide pieces of soap for their cleanliness and encourage them to go to school.