It takes a world
Ending violence in all its forms

Neglect and exploitation, physical, sexual and emotional abuse, are all forms of violence.

They affect half the world’s children across all countries and settings. Every act of violence against a child is a tragedy with consequences that can last a lifetime.

“I call on all stakeholders including children, political leaders, teachers and religious leaders to join hands to fight against violence. The fight begins with you and me.”

Here are the forms of violence we’re campaigning to end. 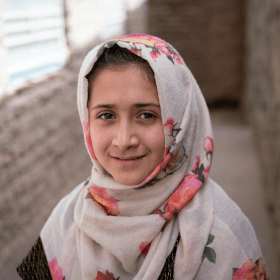 Every two seconds a girl is married before age 18... 115 million boys and men were married as children.

Child marriage is any formal marriage or informal union where one or both of those involved are under 18. It’s a global problem which is halting millions of children’s childhoods, compromising their development, severely limiting their opportunities and taking away their rights and freedom.

We believe the legal age of marriage for girls and boys should be 18 or above. We’re working with local authorities to implement existing laws and empowering girls and boys to report cases and take action to prevent forced marriages of their peers. Global efforts have prevented about 25 million child marriages over the past 10 years but we need to work together to keep making a difference. 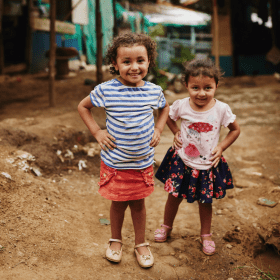 1 in 10 girls have been subjected to forced sexual acts before age 20... 3 million girls are at risk of female genital mutilation every year.

Worldwide, up to 50 percent of sexual assaults are committed on girls younger than 16. Almost a quarter of all trafficking victims around the world are girls, and the majority of them are trafficked for sexual exploitation. We provide child survivors of sexual exploitation and abuse with shelter and help them heal and return to family and community life. We also train police personnel to address sexual crimes against children. We work with children, faith actors, media and the general population to challenge the social norms that condone sexual violence against children and against girls in particular. 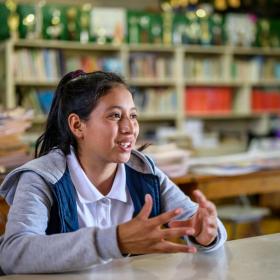 60% of children are physically punished by their caregivers... 88% of children live in countries where corporal punishment is legal.

In most countries around the world, the primary form of violence against children comes from within the family. We’re working to protect children by forming community-based committees to create safe environments for children to live, learn, and play. We work with faith leaders and local governments and provide support and counselling to parents and caregivers. We’re also campaigning to introduce laws prohibiting corporal punishment in countries where children are not legally protected. 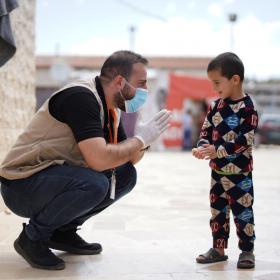 VIOLENCE DUE TO CONFLICTS AND DISASTERS

A quarter of the world's children live in in countries affected by conflict or disaster... Every day, 37,000 people are forced to flee their homes.

Conflict can devastate children’s lives. As well as being forced to leave behind everything they know, children may be left orphaned, separated from their families, find themselves caring for young siblings and left open to forced labour, sexual exploitation or recruitment into armed groups. We provide food assistance, support with health, nutrition, water and hygiene and set up child-friendly spaces for children to learn and play. We also  highlight the importance of education for child refugees and help children become peacebuilders in their own communities. 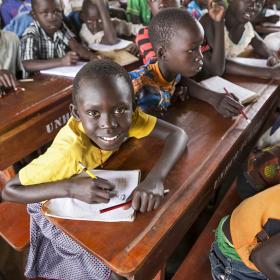 Over a third of students age 13-15 are regularly bullied in school... Two in three young people worry about violence in school.

School should be a place of safety where children can learn, play and develop. But for too many young people school is a place of violence and fear. Over half the world’s children live in countries where violence in school is not fully prohibited and across the globe children are staying away from school to avoid violence. We’re training school staff to eliminate violence against children and helping schools to establish systems for reporting and responding. 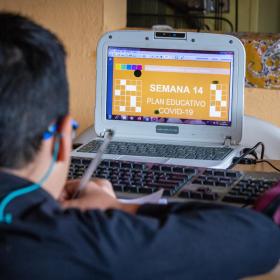 Online violence has seeped into the lives of children across the world and can take many forms. Children can be exposed to violent content and open to exploitation by adults and bullying by other children. As progress is made towards greater internet connectivity worldwide, children’s safety is becoming ever more critical. We’re working with teachers and communities to raise awareness of online hazards and training children to become online safety educators for peers, parents and caregivers. 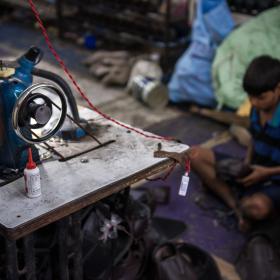 160 million children are child labourers... 25% of all detected trafficking victims are children.

Child labour is one of the most serious forms of child exploitation, forcing children to miss or drop out of school and exposing then to serious harm. At its worst, child labour can result in children becoming enslaved and forced to work in dangerous conditions.

Of the estimated 160 million child labourers worldwide, nearly half of them work under hazardous conditions - toiling away in mines, suffering abuse as domestic servants, burning their skin on chemicals or breathing in pesticides.

Trafficking, child recruitment in armed forces and forced marriage are all forms of modern day slavery. We’re working with local communities to increase understanding of the impact of labour and lost education on children, raising awareness to help prevent trafficking and campaigning for laws and funding to protect children from harm.

420 million children are living in conflict zones... Children as young as 8 are being recruited by armed groups.

For thousands of children, there is no real choice when it comes to joining armed groups. It’s kill or be killed. They are promised education, protection and a future. Once they’re involved, escaping is difficult and fraught with danger. We’re working with survivors, strengthening the systems and services available to them to ensure they have the chance to heal and recover. We partner with governments to help rescue children from the ranks of armed groups and reintegrate them into society. We’re empowering children to become the peace-builders in their communities and providing them with opportunities to learn and play safely and learn skills for a better future. 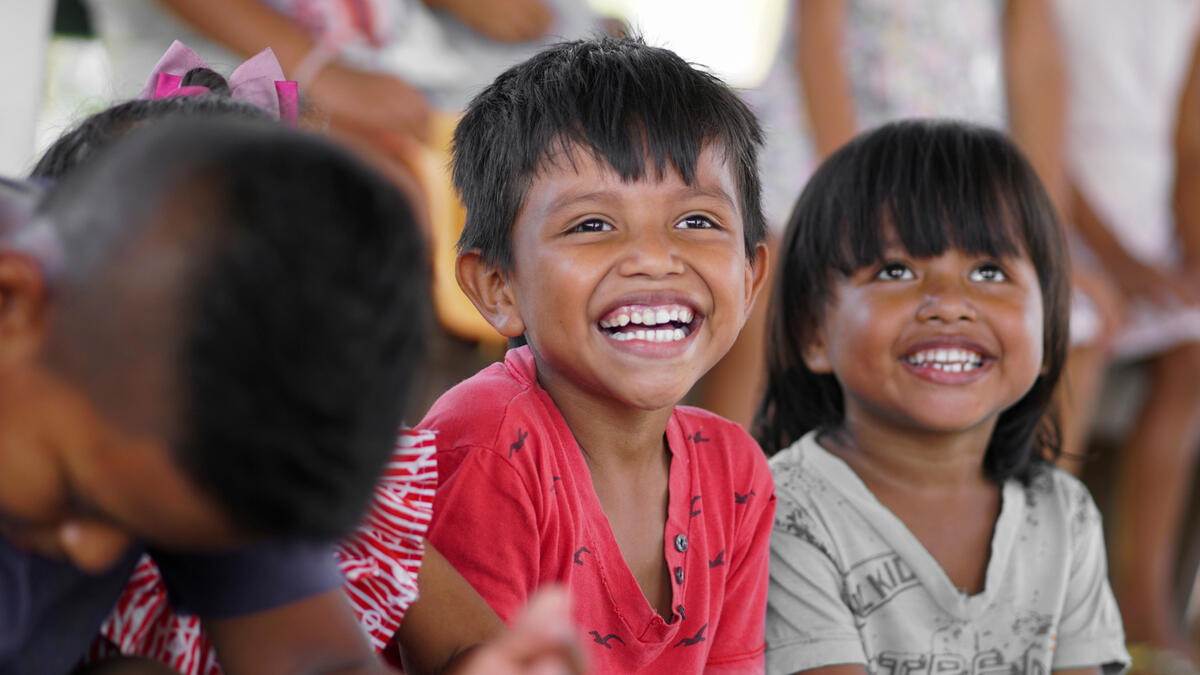 We know we can’t end violence against children alone.

That's why we’re working with over 200 partners around the world to build a powerful movement for change. Find out more about our partners.