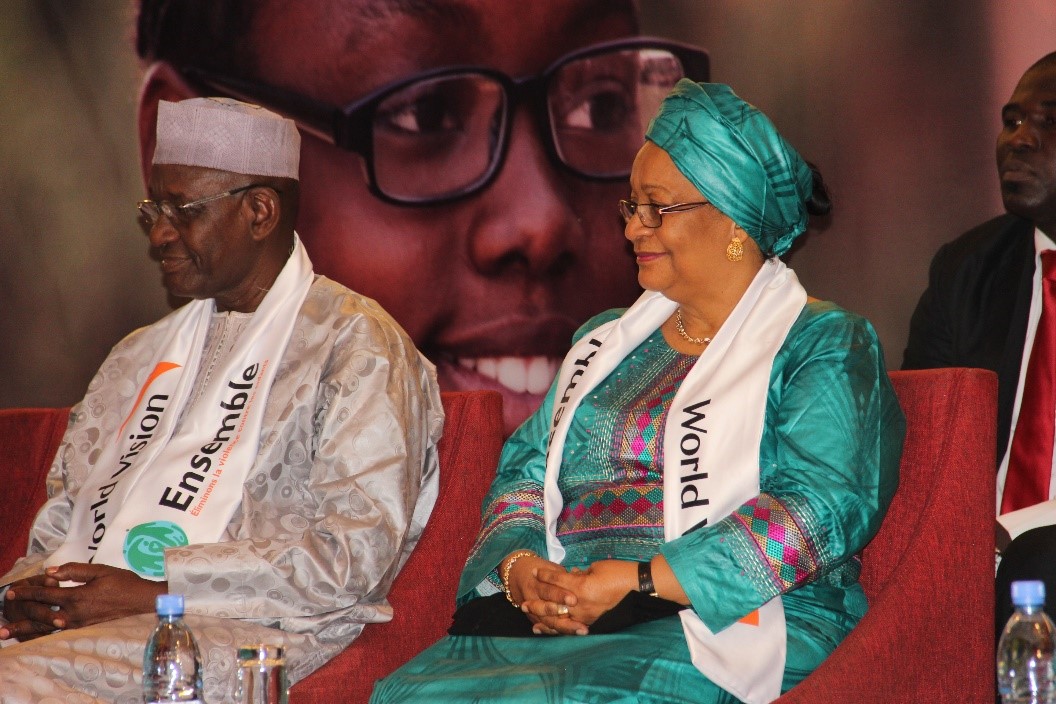 The First Lady of Mali, Her Excellency Mrs. KEITA Aminata MAIGA and The Secretary General of the Ministry for Women, Children, and Family, Mr. Attaher MAIGA

Bamako, MALI: On 6 December 2018, World Vision Mali launched its national campaign, “It takes us all to end child marriage in Mali”. The launch ceremony was presided over by the Ministry for Women, Children, and Family in presence of the First Lady of Mali, the Patron of the campaign until 2021. The event brought together more than 200 participants including policy-makers, faith leaders, children and youth, embassy representatives, United Nations Agencies and NGOs.

The campaign aims to reduce child marriage by 10% by 2021. According to UNICEF’s 2017 “State of the World Children Report”, 52% of girls in Mali are married before their 18th birthday and 17% before their 15th birthday.

Speaking at the event, faith leaders (a Muslim and a Christian) called on their peers to take the lead in the fight against child marriage. Stressing the message of faith leaders, renowned gynecologist, Professor Ibrahima TEGUETE, delivered a moving presentation on the afflictions of early marriage and called on all to be agents in its eradication. Children and youth stole the show, serving as MCs, performing a play and slam poetry. In addition, a child representative from a World Vision programme area presented the organization’s policy brief to the First Lady and the Secretary General of the Ministry for Women, Children, and Family. Their message was butressed by a national theatrical group and a renowned young artist, who spoke movingly against child marriage.

The First Lady signed a “Livre d’Or” and thanked World Vision for its amazing work and her enthusiasm in her role as the patron of the campaign. She called on all to change behaviors to end child marriage in Mali. She also called on media to take the lead in ending child marriage.

World Vision is an international partnership of Christians whose mission is to follow our Lord and Savior Jesus Christ in working with the poor and oppressed to promote human transformation, seek justice, and bear witness to the good news of the Kingdom of God. The campaign is part of the global “It Takes a World” campaign to end violence against children.