Copra and Oil Production Santo Limited (COPSL) has agreed to assume the roles and responsibilities of supporting farmers in Malo and South Santo to obtain organic certification when the current World Vision economic development project ends in October 2017. This is a significant milestone for Organic in Vanuatu, with a private sector actor committing to continue supporting farmers with a third party or international certification system established by an NGO in a donor funded project.

World Vision’s Sanma Community Economic Development project (SCED) project, funded by the New Zealand government, has worked with 24 communities in Malo and South Santo. Helping coconut farmers achieve organic certification under Australian Organic Certification (ACO) and supporting them to increase their income have been core activities of the project since it began in 2012.

“This is a great leap forward for farmers to be supported by a company, and the Government would like to see more of this. The Government of Vanuatu and the Pacific Organic and Ethical Trade Community, or POETCOM, strongly supports and encourages Organic. The Government, through the Ministry of Agriculture, Livestock, Forestry, Fisheries and Biosecurity, is currently developing an Organic Policy, with the first consultation workshop planned for later this month in Santo. The combined achievement of the farmers, World Vision and COPSL will play a big part in informing this,” said Nambo Moses, Principal Livestock Officer and Chairperson of POETCOM. 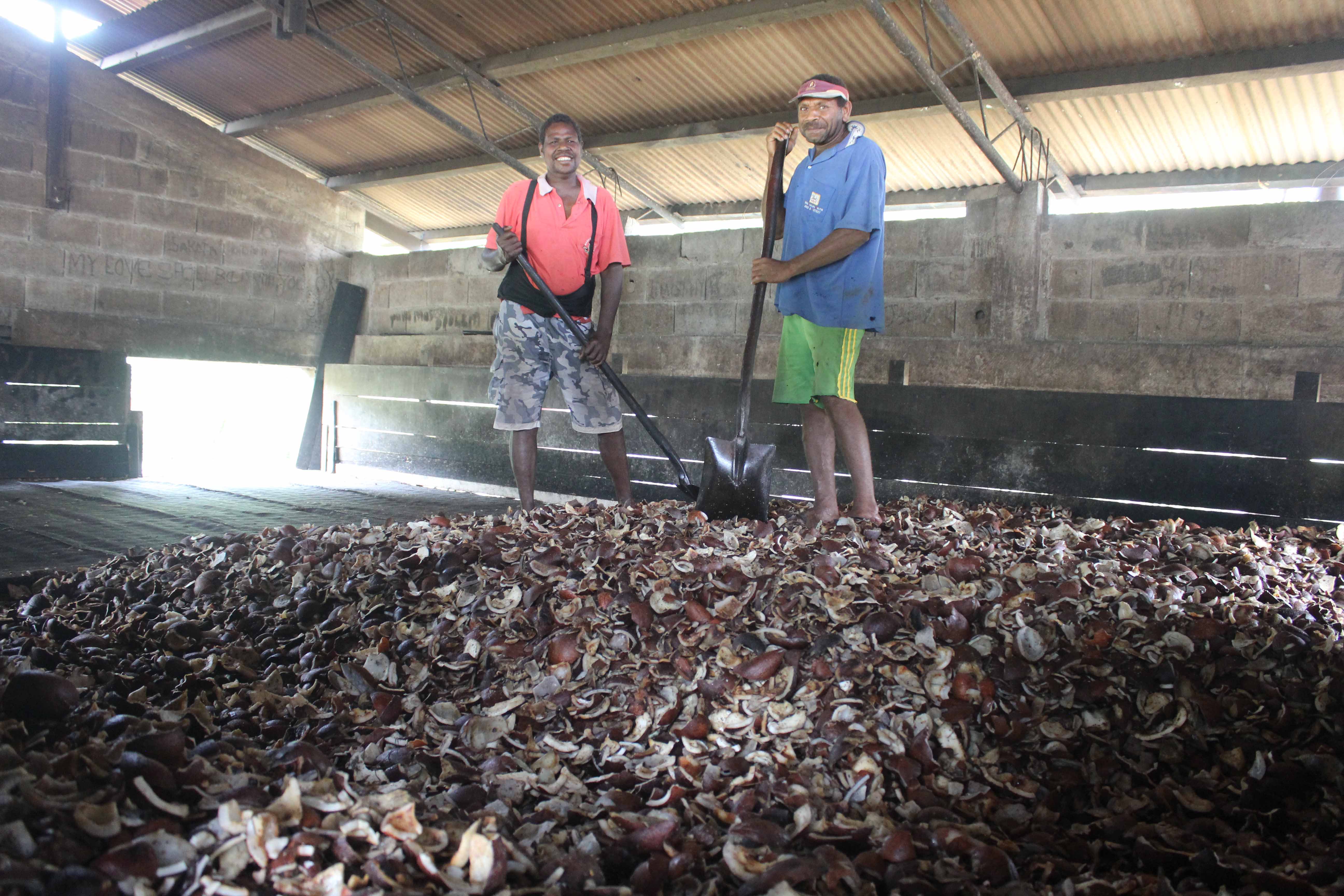 From next year, COPSL will take over from World Vision to continue supporting organic farmers in Malo and South Santo. Photo: Jowenna Baha/World Vision

World Vision Vanuatu Country Director Michael Wolfe shared, “We are very pleased that COPSL wants to continue supporting organic certification. We want to ensure the great work done over the six years of this project continues to sustain local farmers in the future.  World Vision believes fostering connections between communities and the private sector is one important component of project sustainability.  We are honoured that the first agreement of this kind has occurred in a World Vision economic development project.”

After signing the agreement, a handover ceremony was held between World Vision, COPSL and farmers’ representatives.

Jeffrey Holman (COPSL, Assistant Manager) said in his speech at the handover ceremony, “I am so happy to take over the roles and responsibilities from World Vision and to be working directly with farmers to support them. COPSL always believes in organic produce and will continue to invest more in organic farming. World Vision has been helping farmers meet the cost of organic certification since 2012, but from next year COPSL will help support the certification fee and motivate continued strong relationships with the farmers.”