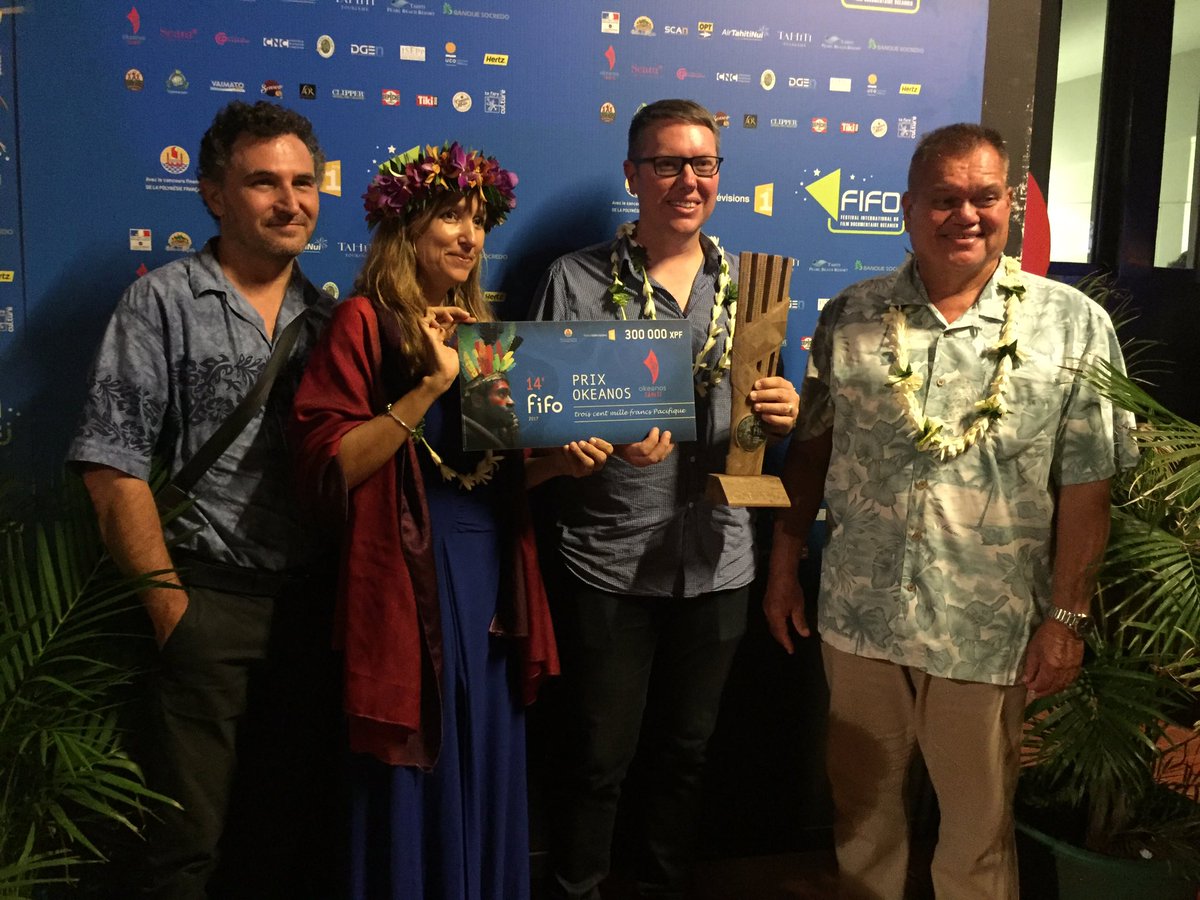 The independent documentary, Fading Sands, which shows the impact of climate change in the Solomon Islands, won the award for the best documentary about Oceania and the Pacific at the 14th International Oceanian Documentary Film Festival (FIFO) in Tahiti last week.

Director Stephen Limkin received the trophy for the Prix Okeanos (Okeanos Prize) at the award ceremony held at the Maison De La Culture last Friday. The documentary was recognized as best embodying conservation of oceans, environment and culture.

Fading Sands, produced in partnership with World Vision, shows the effect of climate change in the Pacific, particularly the Solomon Islands, through community stories.

Stephen travelled to seven communities during his three visits to the Solomon Islands in 2015 where he witnessed the dislocation of people from traditional lands, as islands were being lost to rapidly rising seas.

Stephen first travelled to the Solomon Islands in 2015 to film the work of the Makira Project, which was implemented by World Vision Solomon Islands and supported by the Department of Foreign Affairs and Trade.

Stephen soon realised there was a much bigger story to tell, particularly to Australia and larger nations, about the extent of climate change and its effect on communities in smaller nations such as the Solomon Islands.

He then went on two more trips with World Vision, including to remote atolls, where he filmed cemeteries that had been used until just decades ago for hundreds of years and are now under nearly a metre of ocean.

The experience of working on the documentary was a profound one for Stephen, who shared, “This film changed me as much as I shaped it”.

“Seeing the experiences of our near neighbours made me realise that they are on the frontline, experiencing the consequences of climate change at a disproportionate rate. While we experience sea level rise in Australia of around 1.7mm per year, the people of the Solomon Islands are in a convergence zone and experience sea level rises of around 8mm per year. When you live on a small, low-lying island, you have so little margin that this kind of loss of land can be catastrophic,” said Stephen.

“Food has become harder to grow, with salt water intrusion and warmer weather. For subsistence farmers, this makes feeding your family increasingly difficult. When I saw families deciding that they could no longer stay on beautiful islands, who considered that the best future for their children was to relocate to a cramped settlement in Honiara, I realised that the problem of climate change was being unequally borne by our Pacific neighbours,” explained Stephen.

Stephen while filming in the Solomon Islands. Photo/Light Studios

"The award is a recognition for the people of the Solomon Islands that their struggle matters. The film allowed us to share their story and this award will amplify their voices. Our hope is that many will hear it and respond," said Stephen.