Many people’s lives have been altered by the COVID-19 pandemic, but Grace’s life will never be the same: she is now a teenage mother.

Like so many young women from rural areas and ultra-poor households, seven months of school shutdowns in Malawi meant so much more than a switch to home learning, or even a temporary pause to Grace’s education. It meant she was cut off from the protective network of teachers and other community leaders who look out for her and notice when things aren’t right. It meant she no longer received school meals, which filled the gap that her family wasn’t able to afford. It meant with every day, her learning was pushed further and further behind until the gap was simply too much.

“School was closed, and I had nothing else to do,” says Grace. “Being in a relationship with a boy seemed like a good idea.”

At the age of just 15, Grace fell pregnant to a boy, who was still a high school student himself.

“COVID-19 was not easy for these children,” explains Alinafe Ng’anjo, a community volunteer for World Vision’s child sponsorship programme in Grace’s community. “A lot of them either dropped out of school or got pregnant. Some needed money for food, which the boyfriends would occasionally provide. Marriage meant a getaway for some.”

Because of local culture, they were married, and Grace left home and went to live with her new husband. She gave birth to a baby girl, Doreen.

But that was not the end of Grace’s story.

Change came through the child sponsorship programme. Alinafe intentionally looked for girls who had married during the pandemic and gave them the support they needed.

Doreen was now 15 months old, and Grace knew she wanted a better life for them both. 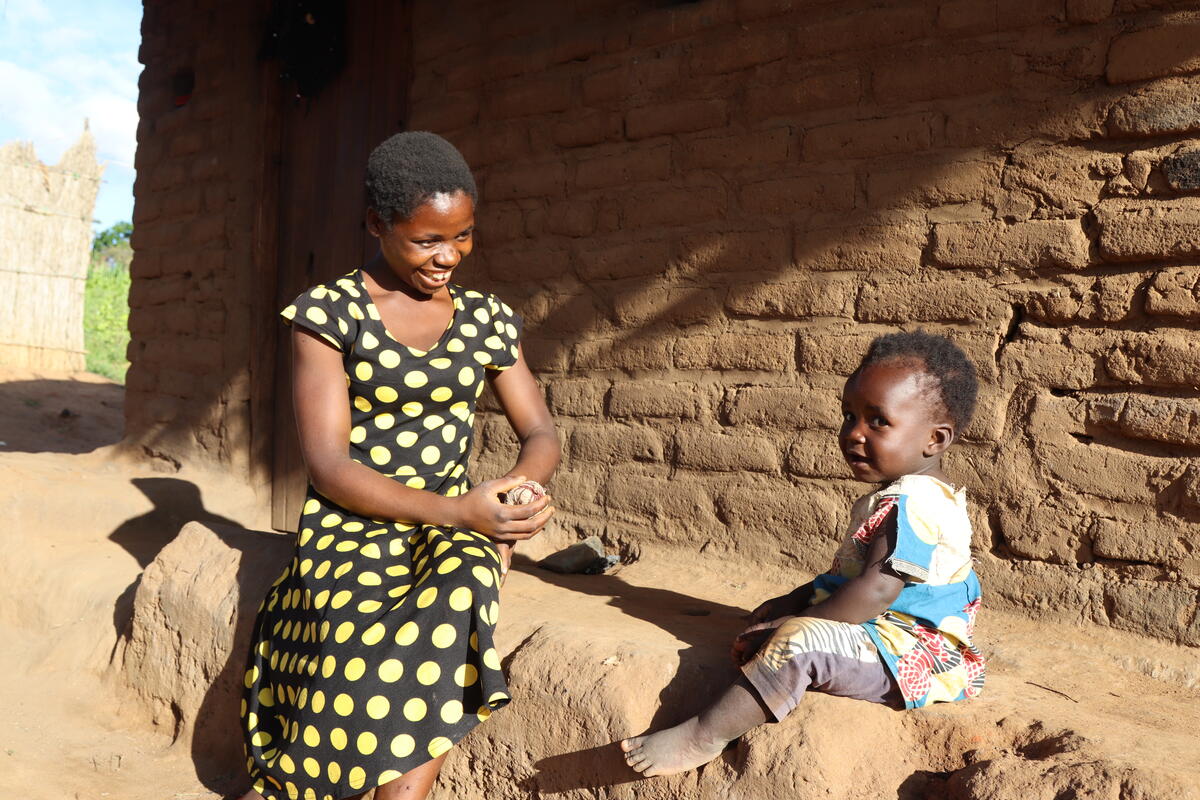 “I kept having these dreams that I was back in class,” says Grace. “I explained to my parents my desire to return to school, especially now that my baby is more independent.”

Thanks to child sponsorship, Alinafe was able to help Grace arrange to have her underage marriage dissolved, and re-enroll at school.

It hasn’t been easy to get back on track with her education, but her daughter is all the motivation Grace needs.

“I am the only one in the entire school who has had a child so early,” she says. “Some of the girls laugh at me, while others encourage me. The teachers welcomed me. I don’t care much for those that are laughing – only I know the dreams I have for my future.”

When you sponsor a child – or a teen – with World Vision, you create the help they need to break down the barriers standing in their way.

Right now, 1,000 girls are waiting to change their world. Help them do it. Sponsor a girl by October 11, International Day of the Girl, and join the movement for change.