Around the world, one billion people live with a disability – that’s almost 15% of the global population. Of this billion, 80% are in developing countries; there are higher levels of disability among women, the poor, and the elderly. Disabled people are the world’s largest minority.

That’s a lot of people! But I don’t see that many people around me with disabilities, though…

That’s because disability can take so many different forms and not all are visible. Needing a wheelchair or wearing a prosthetic are just two ways someone might experience disability. Almost everyone will temporarily or permanently have a disability in their life – it’s when a health condition, combined with other factors like attitudes, infrastructure and social conditions, limit the way a person participates in their environment.

People with disabilities include those who have long-term physical, mental, intellectual or sensory impairments that prevent them from participating equally in society. Women with disabilities are among the most disadvantaged, facing discrimination because of both their gender and their disability.

What does disability have to do with poverty?

It can happen to anyone. Even before the pandemic a whopping 40% of Americans were one missed paycheque away from poverty. Imagine you develop a bad back. You can’t afford to take time off, so you keep working. Your partner is at home with your young children because (as in many countries) childcare is hard to get or expensive. Your injury gets worse and requires surgery, with a six-week recovery – and even then, you may not be able to work the same job again. You can guess what comes next: long-term disability, financial distress and often depression.

Now think about what happens when this occurs in countries with a lower median income, lower savings levels, a higher proportion of physically demanding jobs, and no social security net. It is estimated that 20% of the world’s poorest people have some kind of disability.

In developing countries, people with disabilities and their households are more likely to go hungry. Discrimination and infrastructure limitations means people with disabilities are more likely to be unemployed, less likely to get to school, and in many contexts, simply can’t participate in life. For many, even access to banks and government services is restricted by their lack of accessibility be it physical or virtual.

What does that mean for kids with disability?

It’s easy to glaze over when you look at numbers like these, but there is a story behind every statistic – a child with hopes, fears, potential, and ambitions. Like Kelvin from Kenya, who is determined to finish school and change his family’s fortunes, but often had to miss school because of his disability. The good news is that child sponsors are now providing Kelvin with the support he needs to get to school and stay there. 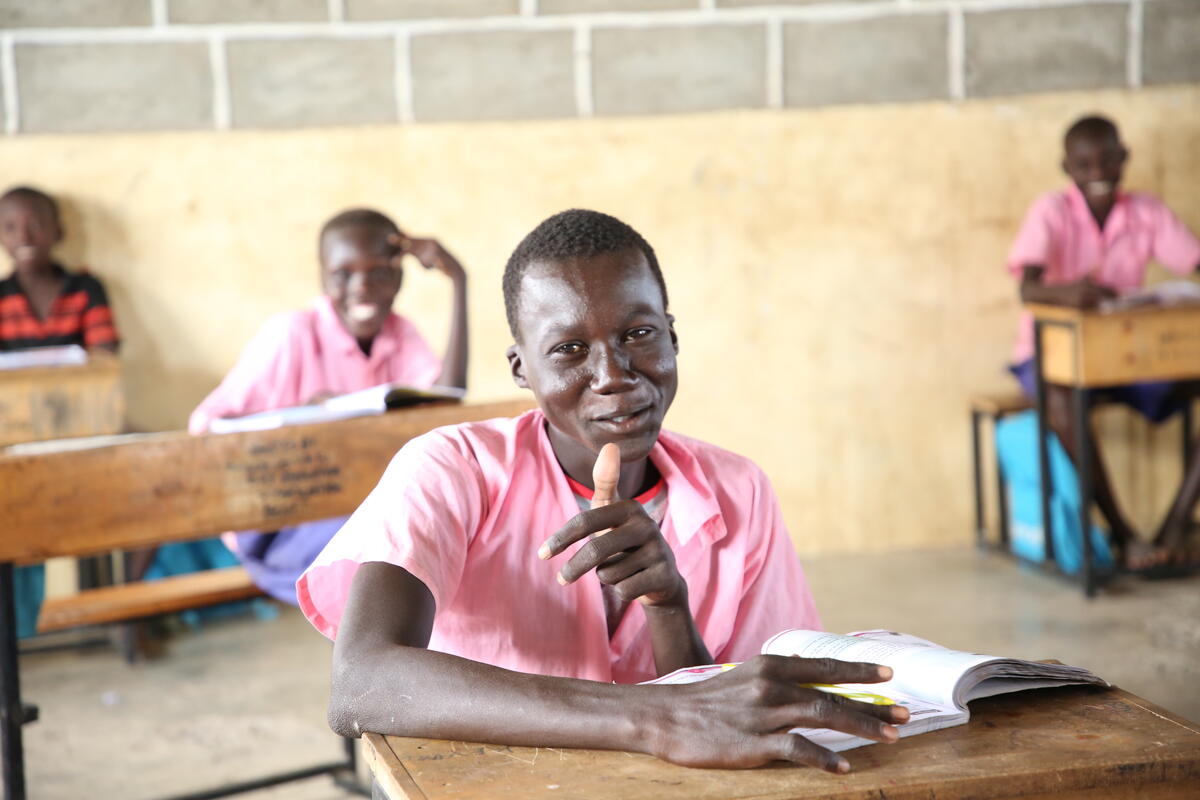 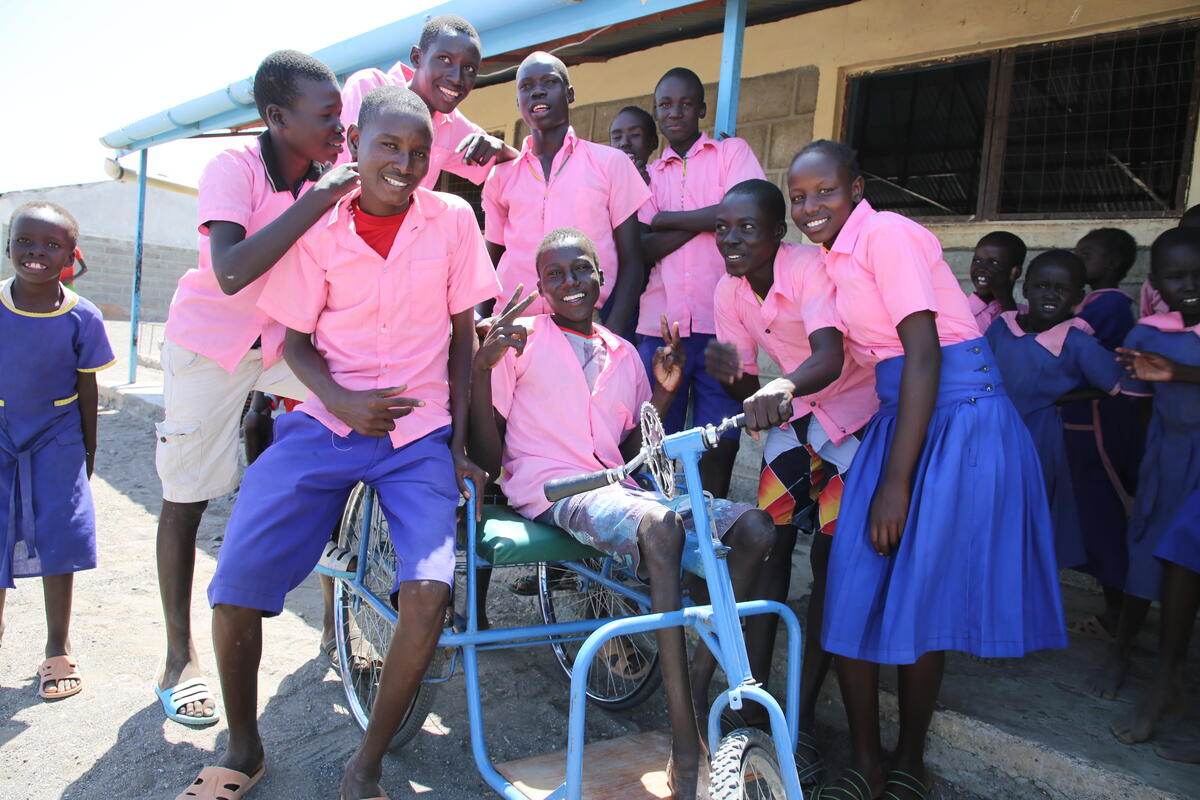 But is it really achievable to make everything accessible for everyone?

Aside from the injustice of exclusion, it costs societies much more than addressing accessibility. According to the World Bank, people with disabilities have lower rates of economic and labour market participation, and that puts a bigger welfare burden on governments estimated to cost between 3-7% of global GDP. The numbers speak for themselves: if global societies were able to empower the 15% of the world’s population living with some kind of disability, the dividend to economies and societies would be immense.

Take Chanlim’s family in Cambodia for example – her mother works far away in a garment factory to support the family because her father Sanhneang has a club foot and struggled to find work. Now, Sanhneang is working with World Vision as a facilitator in the education programme that child sponsors make possible. The work has transformed the family’s finances – and Chanlim’s reading! 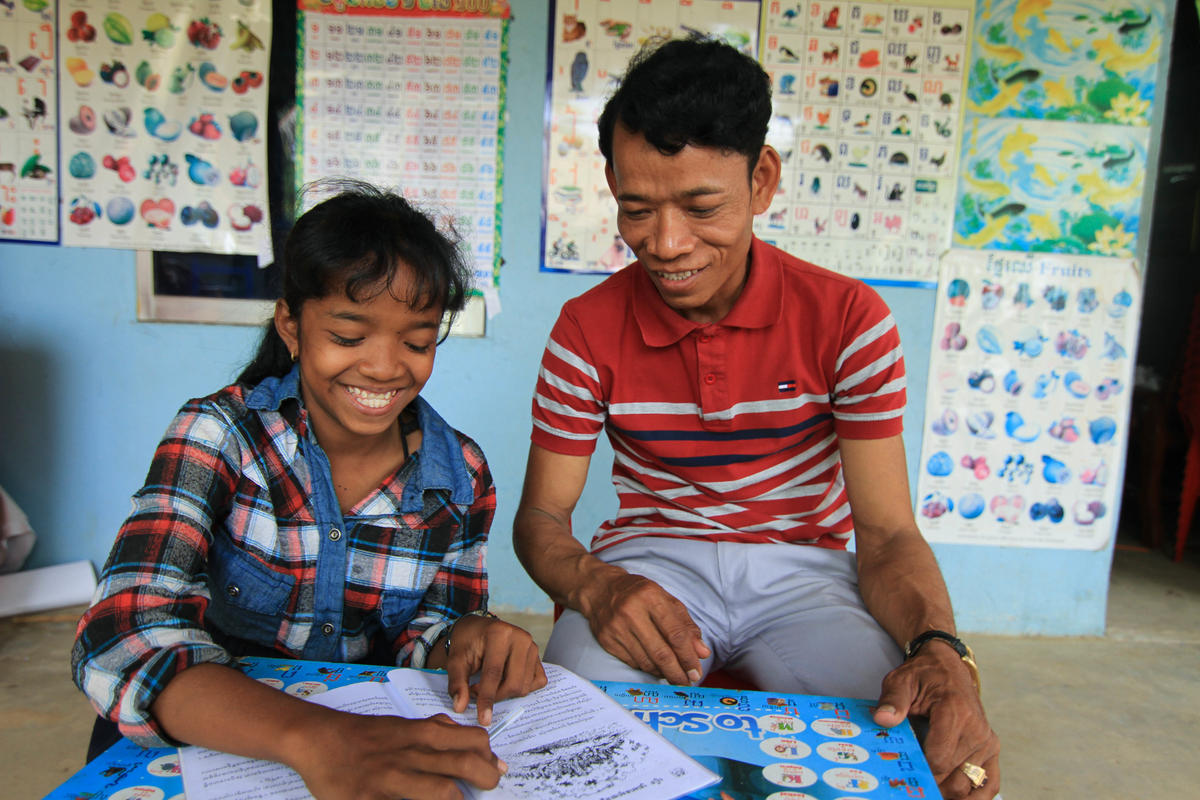 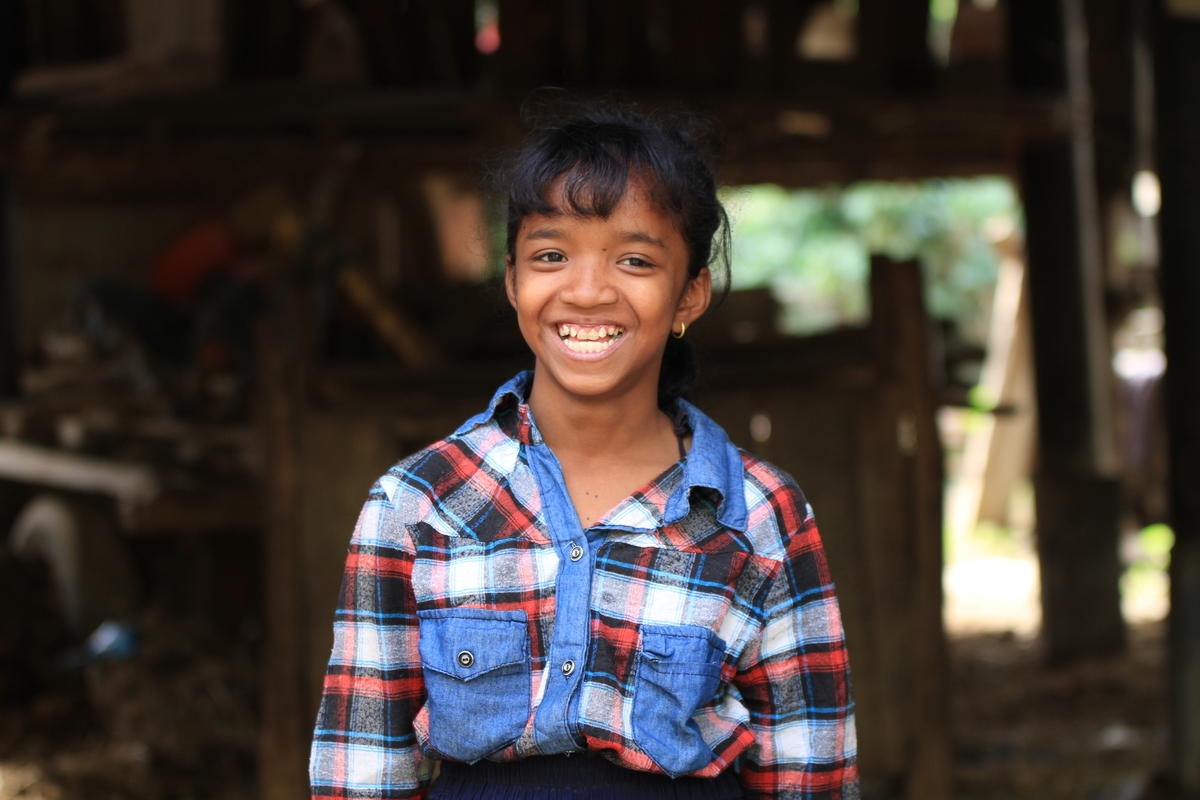 Shifting away from the welfare model of disability support has shown to be a financial success for nations. A report by global consultancy firm Accenture found that companies which embraced best practices for employing and supporting people with disabilities achieved 28% higher revenue, double the net income and 30% higher economic profit margins over a four-year period. The same report found that the United States’ GDP could get a boost up to US$25 billion if just 1% more of persons with disabilities joined the US labour force. A similar study by consultancy firm Deloitte in Australia estimated the economic dividend from having a more inclusive society to be AUS$12.7 billion (US$8.5 billion) annually.

It is! And aside from the financial benefits, breaking down the barriers for people with disability is the world’s moral obligation. The Convention on the Rights of the Child recognises the human rights of all children, including those with disabilities. Creating more compassionate, more inclusive, and more equal communities makes for more prosperous and more peaceful societies across the globe. No country has ever suffered socially, economically, or politically from elevating inclusion – however, the opposite is true and very tangible.

In Uganda, the simple provision of a wheelchair helped Isma get healthy, back to school and re-enter his community; it also helped his mum return to work and better support her other children. 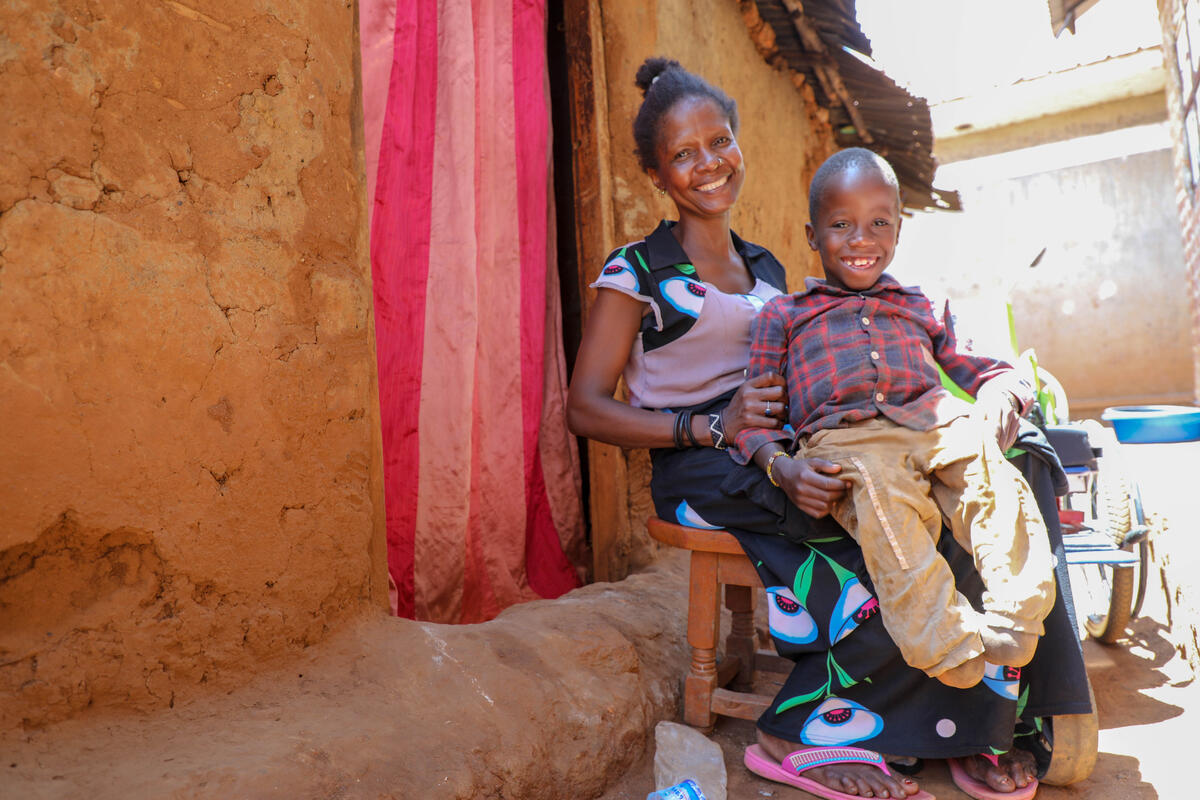 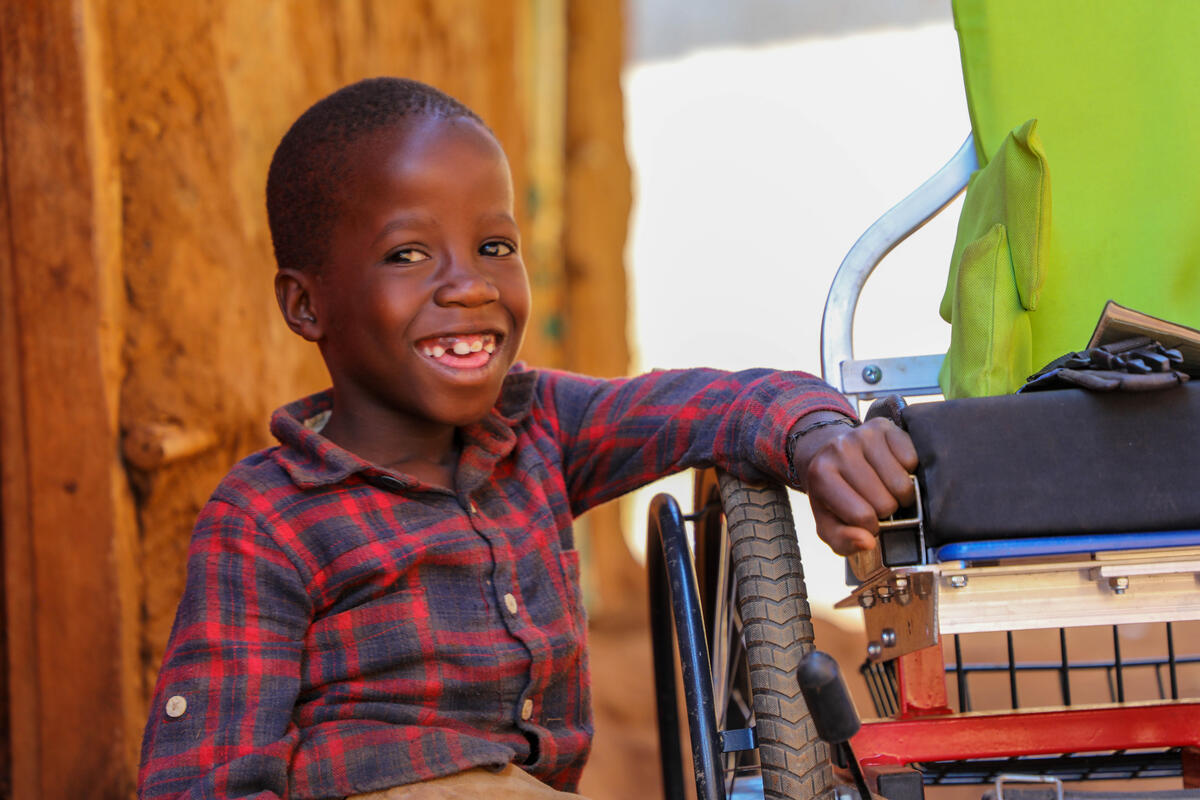 Together, we can change the story for kids with disability.

World Vision seeks to include people with disabilities - not just to meet their needs but to ensure they are a part of the solution to poverty that we aim to build. Staff and community volunteers currently serve nearly 15,000 children with disabilities worldwide, with a goal of tripling that number in the next three years.