We all have our hopes and dreams for the future. Whether it’s dreaming about a career or even traveling the world, the sense of freedom that comes along with setting your own course is liberating.

Now, consider all of this taken away from you in an instant. You’re no longer in control of your future. You don’t have a home. Your family has broken up. You just have to take it one day at a time to simply survive.

The humanitarian situation in Northern Ethiopia has been worsening since the conflict triggered on 4 November, 2020, leaving millions of people fleeing their homes with broken hearts and shattered dreams.

This heartbreaking scenario is playing out right now for hundreds of thousands of internally displaced children in Northern Ethiopia, a region that’s seen so much suffering in modern times and lost generations of dreams to cascading crises.

Luwam* dreamed about becoming a doctor. Like so many others in her situation, the 14-year-old from Western Tigray had her life derailed when violence reached her town.

Almost overnight, she joined thousands of other young Ethiopians forced to re-evaluate their futures. Now, she doesn’t go to bed at night dreaming about studying medicine, she just worries about where her father is and if there is enough food.

“I came here with my mother. We suddenly left our village when we heard gunfire. I don’t know the whereabouts of my father,” she recalls. “Now I need food to eat and to hug my beloved father,” explains Luwam.

According to USAID’s April report there are 2.5 million people, mainly women and children, displaced across Northern Ethiopia. Stocks of food and hygiene items are dangerously low, and many have resorted to begging in the town centre to keep their families alive.

"As a mother, seeing my children go without water, food, or even clothing breaks my heart," said Tsehay, a 25-year-old mother of three who is one of the IDPs residing with the host community in the Amhara region. 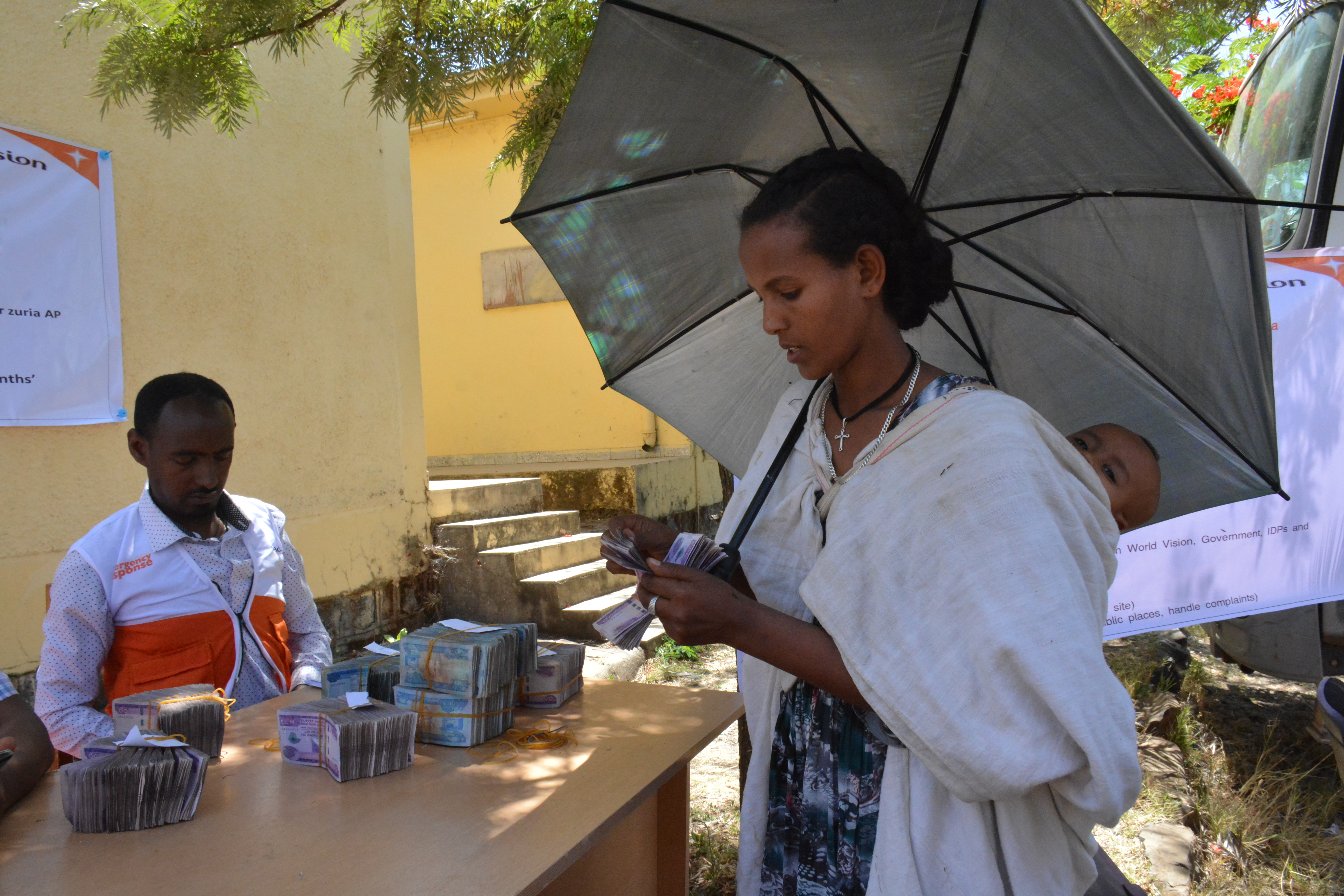 Despite all the hardships and growing dire situations in Northern Ethiopia, many still hold out hope that they will one day return home. And for kids like Luwam, that means surviving day by day so she can still have a future worth dreaming about.

With your support, World Vision has been able to work alongside desperate families and provide much-needed safe shelter, food security, education and water, sanitation, and hygiene stations.

* name changed to protect her identity.