It all began when he first noticed a boy in his school who was constantly terrified and would nervously shake during class. This was really concerning to Nil, who took it upon himself to find out what the problem was. He learnt that the boy’s adversity began at home, where his step-father would hit him constantly and his mother couldn’t care less. The pattern continued at school, where he would receive physical punishment and cruelty from the teachers. Nil understood that the boy’s behaviour was a manifestation of his fear.

After finding this out, Nil created a personal bond with the boy. He would travel far to visit the boy in his home, would counsel his parents to care more for their son. He would talk to the boy time and again, offering him sweets made from his sugarcane farm and patting him on the back whenever he spoke up. He would also advise the teachers to create violence free classrooms.

In due time, Nil saw his efforts bring a change in the boy. “He was no longer scared to be around teachers and would participate during class. He is now studying well in a school in a nearby town,” states Nil. Seeing this change became a driving force for Nil to seek ways to create a better environment at school.

Nil’s experience is not a stand-alone case. Although Nepal criminalised corporal punishment in September 2018, it is still quite common practiced all over the country, especially in community schools. A research report by UNICEF states that over 80 percent of Nepali children aged between one and 14 experience violent discipline. With a problem this big, World Vision understands that only criminalising violent discipline is not enough; the change must come from the teaching approach and school environment itself.

Which is why World Vision and its partner organisation, Sindhuli Integrated Development Services (SIDS), joined Nil Prasad in his quest for a child-friendly school. As  a part of the Recovery Education Project, funded by World Vision U.S, early grade teachers were provided with training on creating child-friendly classrooms with interactive teaching materials, reading corners, etc. Not only did they receive training, but staff from SIDS would also regularly visit to provide guidance and support in applying the learnings.

According to Nil, the regular monitoring from SIDS was a boon to the school, helping them effectively create child-friendly classrooms. “I began teaching thirty years ago taking after my grandfather who was a well-respected teacher. But I was disappointed that we were not receiving adequate technical support. Earlier, we used to receive trainings from the District Education Office a whole year after the academic courses were rolled out. Not only was it untimely, we wouldn’t receive any further technical support; the learnings would fizzle out after some time. However, with the support from the project team from SIDS and World Vision, this hasn’t been the case this time. The team has continuously visited and guided us,” he shares.

In the same year, Nil also joined a group of 20 teachers for an exposure/ learning visit supported by the project in Lamjung and Sunsari Districts. He visited both rural and urban schools and learnt how they maintained the schools, what kind of educational materials they used, how they collected funds locally for the school’s development,etc. Nil also took note of the context of the schools visited, looking to see what could be applied back home.

Soon after his return, Nil got to work. Under his supervision, the school walls were painted with interesting quotes and pictures; classroom walls were painted with colourful and relevant learning materials, and a box was set up for a fund collection from local sources. “I found the exposure visit really eye opening. It inspired me to do things differently at my own school and I have received good response to the changes. Especially with the wall paintings; the students really like it and are able to read it even in their free time. It finally looks like a school now,” he adds, “I also really liked that some of the schools I visited had a Code of Conduct, something we are planning to prepare for our school soon.”

Over the course of a year, Nil and some teachers took a survey at the school to see how the project interventions had affected the school. They found that a lot of teachers had changed their approach to teaching; they used interactive activities in the class and would prepare educational materials before every class. The rate of corporal punishment had also decreased. “Until last year, I used to striking my students whenever they did something wrong, because that is what we saw and learnt growing up. But since learning child-friendly teaching approaches, I have been able to hold the students’ attention in class and have stopped physically punishing them, since I now understand that it affects their overall well-being,” says 24-year-old Subista, who has been teaching the first grade for five years now.

This has positively impacted on the students, who were found to be much more attentive and confident in talking or sharing in class. In fact, in most classes, one can see students taking turns to lead the class in learning activities, just as six-year-old Hom Bahadur leads his fellow first graders in reciting the Nepali alphabet. “Now the students raise their hands so quickly when I ask them to stand up and lead the class. I have to choose who comes up,” laughs Subista, Hom’s teacher.

At the end of all this, Nil Prasad is finally seeing some progress taking shape. “It is not like we don’t have problems - we still lack a proper office and the number of teachers is not adequate. However, the changes we are seeing are promising and I have a lot of hope for this school’s future,” exclaims Nil. 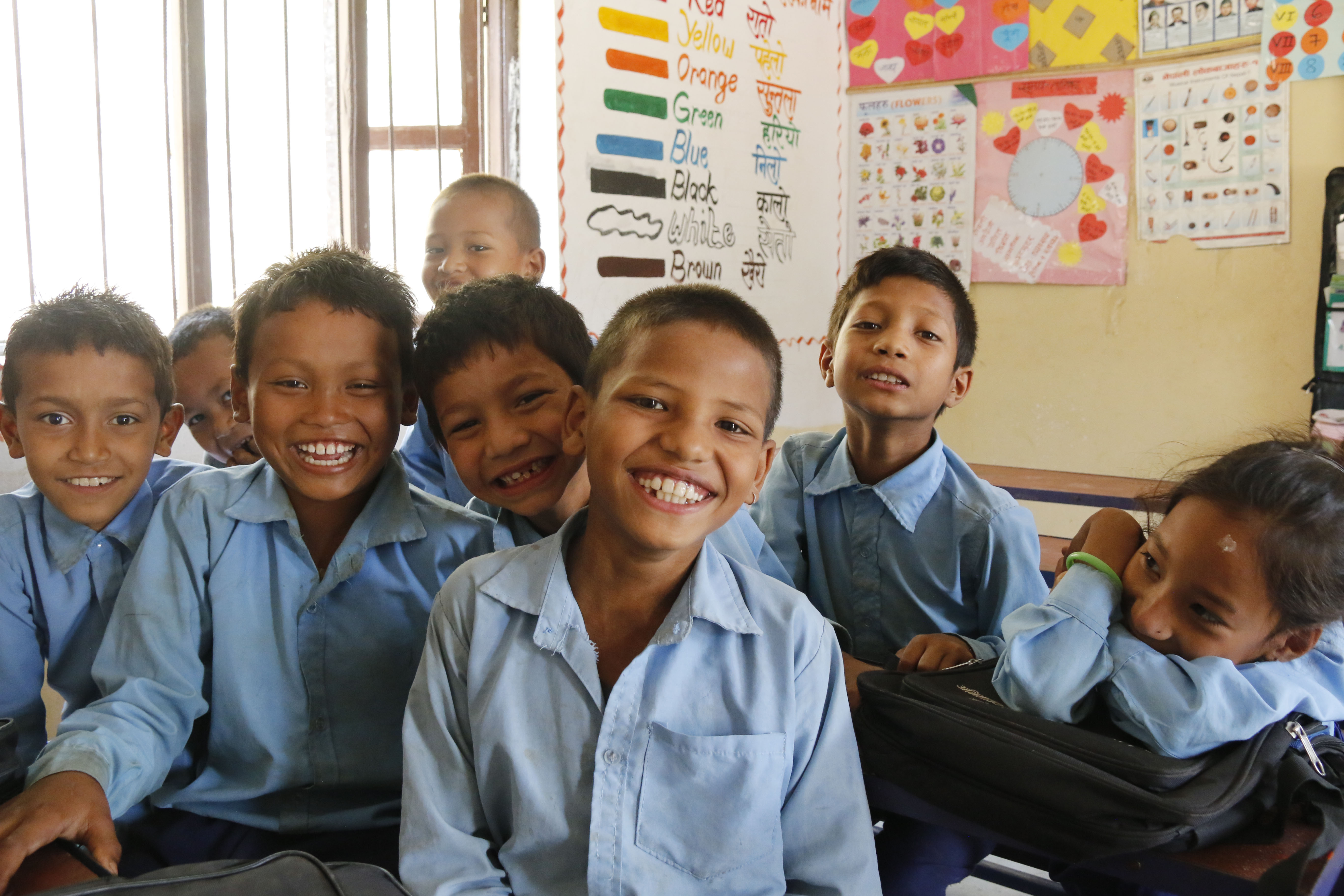