“Training like this keep children like me from becoming menaces such as thieves and militants.” These were the poignant words of Ousmane Aboubakar. The 17-year-old boy, part of a group of 11 of similar age, is currently undergoing metalwork training as part of the Early Recovery Project started by World Vision Niger in Diffa.

An already impoverished region, Diffa has grown ever more desperate. Life has all but ground to a halt since the security crisis in 2013. The inherent insecurity has put countless in limbo. Jobs are scarce, schools dilapidated and youth are drifting into delinquency or child labour. The streets are lined and patrolled by heavily armed military units, and a strict curfew is a new norm.

An already impoverished region, Diffa has grown ever more desperate. Life has all but ground to a halt since the security crisis in 2013.

Aboubakar and many other children have been confined to this environment, a charnel-house of dreams. “There isn’t much to do, you either try to work, get into crime or do nothing at all.” He chose to work, occasionally making FCFA 5,000 but longed for more. Thankfully, he made it into Early Recovery Project when his grandmother, a member of a World Vision Savings Group, nominated him.

The Early Recovery Project provides skill training to women and youth in Diffa across various disciplines. From metalwork to hairdressing, the project offers an alternative to the status quo, preparing them for post-crisis life. With 200 already enrolled, the programme is providing viable and otherwise unavailable livelihoods amid the rampant chaos. 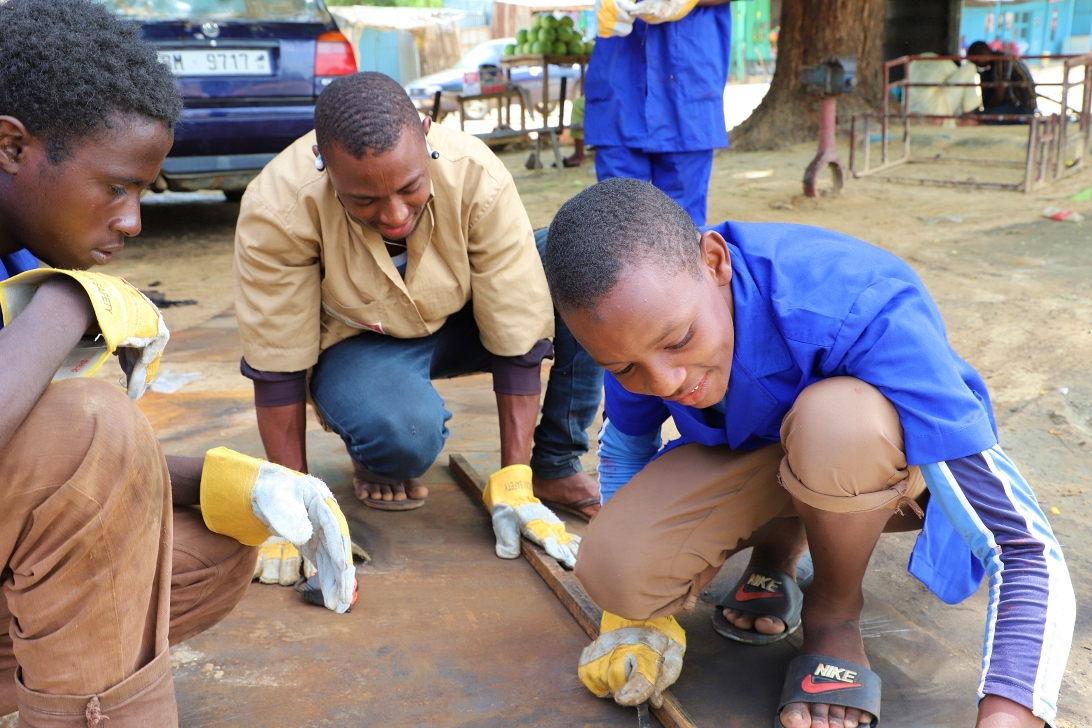 Aboubakar joined the 3-month programme in June 2018, excited to learn. “I am in the programme to learn new skills and be able to open my workshop in the future,” he says assuredly. He is determined not to be another tragedy of the crisis, and it shows in his attitude towards the training.
“Of all the students, he is the best. He’s very respectful, picks up skills very quickly and always wants to learn. He has never missed a class,” Ibrahim Mahama, an instructor at the metalworking shop, professes.

“I never miss a class because that’s a day I can learn something new,”

The young man has a drive beyond his years. “I never miss a class because that’s a day I can learn something new,” he says. “I want to learn and teach others. If I train them, hopefully, they will do the same for others,” he continues.

“I know with the skills I learn, I will be able to make good money in the future to help my family and others if I can,” he says.

“We are very proud of Ousmane. He has chosen to learn skills to be more in the future. We know there is greatness before him,” his aunt, Hadiza says, echoed by his other aunt, Oumu. Ousmane talks about his future and the impact of the programme on him and others in the town, providing alternatives to what he describes as empty lives. “When we (the youth) work and learn, not just metalworking but other skills, we have a future.”