“I noticed that the child was already one year old but severely malnourished and unable to walk or even attempt to walk”, says Francis.

In his role as a Village Health Volunteer (VHV), Francis identiﬁed 11-month-old Julian, a severely malnourished child born to a teenage mother, who also has a second child.

Francis says he gathered the villagers and encouraged them to help the child and his mother by making a backyard garden for the family.

The nutrition facilitator with the project, Mary Jane Tang explains that having a backyard garden enables families to complement their meals because most have gardens that are too far from their village.

During the Hearth Sessions, a 6 -12 days active feeding activity, Francis says, ”We spent one week with the mother. We tried to counsel her on the importance of having balanced meals made up of the four food groups and advised on the roles of parents to provide these foods for the children”.

Mary Jane adds that the project assisted Julian and his mother to the nearest Health Centre for proper examination and treatment and then later Julian was given medication to deworm, in preparation for his 6 - 12 day active feeding or what is termed as the Hearth Session.

“On our first visit, the child weighed 4.5kg at 11 months and was identified and assessed as having various malnutrition symptoms of underweight, stunting, and wasting,” she says.

However, after our intervention, Julian’s weight improved to 5.5 kg and now he currently weighs 7.5kg, a whopping improvement of 3kgs.

“He has started to smile, play and has shown physical mobility as observed through our visits”, says Mary Jane.

Maternal Nutrition Child Health (MNCH) Technical advisor with World Vision in PNG, Joanna Atava, says that such an improvement is exceptional because a child of 11 months must weigh an average of 11 kg. 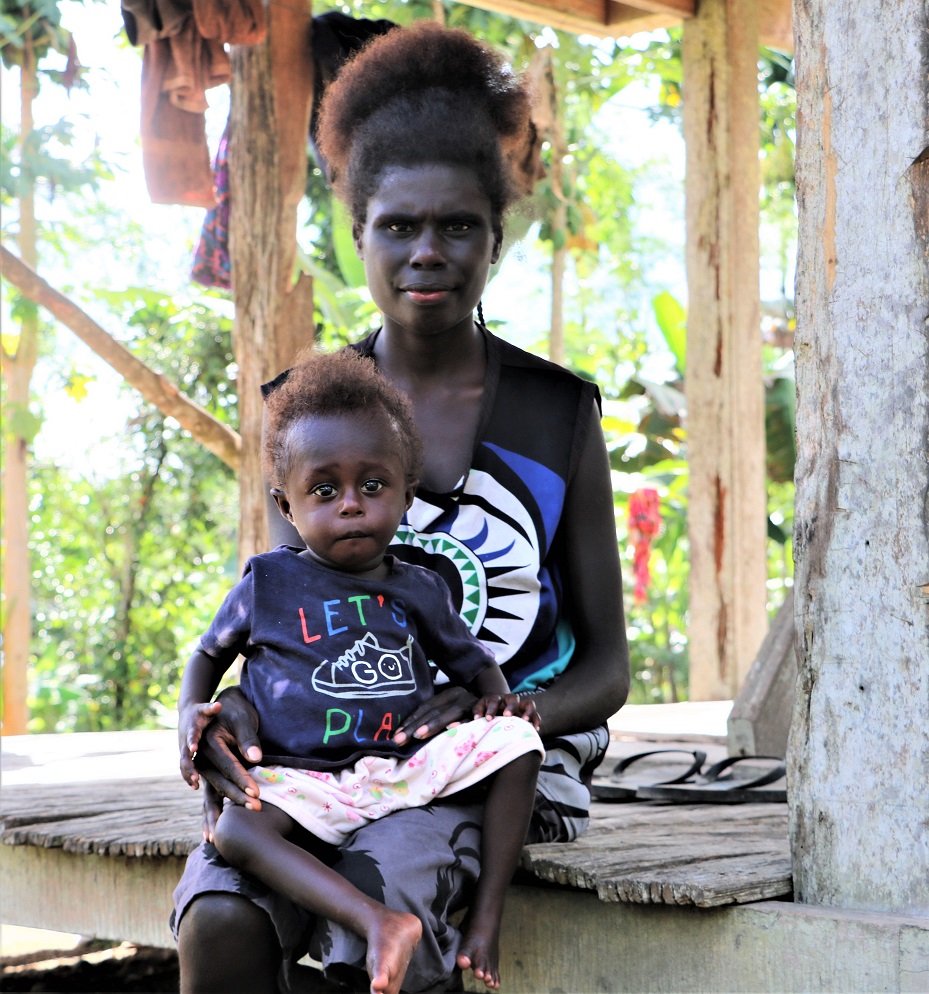 Our intervention is made possible with funding support from the Government of New Zealand to empower VHVs like Francis to assist in transforming the lives of the most vulnerable in their communities.

Francis is originally from Goroka in the Eastern Highlands Province, some 1, 000 km away from the Autonomous Region of Bougainville (AROB) but has called it home for the last 10 years.

A VHV under the Building Economic and Health Resilience (BEHR) Project’s Nutrition component. Francis was among 9 others from his community who have attended the Positive Deviance Hearth (PDH), Healthy Island Concept (HiC) Training, and the Male Engagement training under the Gender Equality and Social Inclusion component (GESI) of the project.

“All training of the project various components follow where a Savings for Transformation (S4T) group is established”, explains Charles Kopana, the Project Coordinator in AROB.

He says the project is implemented in 5 Districts in the South and Central of PNG's autonomous province, piquing the interest of people to live healthy and more organised lives.

He adds that through the project, people are being taught practical skills to convert their agricultural activities into income-generating opportunities through the use of their existing cocoa blocks or the establishment of poultry or piggery from their S4T savings.

Charles further says that the Nutrition component of the project is focused on children under the age of 2 (CU2) with severe malnutrition and those identiﬁed are now working closely with project staff and VHVs like Francis to assist in their wellbeing and development.

“Out of the 76, we have 4 severe cases that showed signs of wasting, stunting, and underweight. Severe cases often have combined symptoms of malnutrition,” says Charles.

To counter Malnutrition, the BEHR project encourages cooking demonstrations that parents and caregivers can attend so they learn how to prepare healthy, balanced meals based on the four food groups for their children. The four food groups are fruits and vegetables, meats and proteins, dairy, and grains.

“For nutrition and health in our community, we have started the positive deviance, how to change our lifestyle from what we previously practised to a healthier way of life”, says Francis.

He adds that they are now learning how to keep their community’s environment clean, how to protect, and the proper use of their water sources to avoid waterborne diseases after learning about the Healthy Island Concept (HiC).

“I want this project to continue in my community, to work closely with us and use us (VHV’s) to create change. I’m glad to learn from the project because all the knowledge I have gained is returning to the community, " says Francis.

“Working along Wash Community projects also had an influence on parents and caregivers ensuring hygiene is practised while feeding children. Our reports have shown a decrease in diarrhoea cases all thanks to the WASH project”, says Ms. Atava, World Vision in PNG’s – MNCH Technical advisor.

She adds that it is evident that when men participate in nutrition-sensitive programs, the health status of children and family improve.

“Men are seen as providers of the family so by knowing this information they can be able to provide nutritious meals through gardening”, she says.

Projects implemented by World Vision in PNG complement each other as in the case of Francis and others in his community to have the opportunity to learn about the HiC, which is a WASH component and deals with water, sanitation, and hygiene of a community.

“We have to show other communities that through this project we now have healthy, improved living standards”, says Francis.