Afisa is a 39-year-old mother of four living in the Eastern province of Rwanda. Her life turned around when she lost her husband who was the sole bread winner in the family. After her husband’s death, she could not afford to rent, so she decided to go back to her parents' home, where she thought life would be much better.

However, things did not turn out the way Afisa expected; life was even harder there for her and the children. "So I decided to leave the house and go live in an open house where they farm beehives. The house was owned by a cooperative; I talked to the leaders and they let me stay there", she recalls.

For Afisa, this was a matter of life and death because a part of the house had fallen, and wild animals would easily enter. She lived in the ramshackle shelter for over three months.

Now that she had somewhere to sleep without worrying about rent, Afisa worked on people’s farms to get food for her children. Soon after, she got a chance to be selected among people to be trained on World Vision’s Empowered Worldview model. Afisa mentioned that the capacity-building was an awakening call for her.

She had bought a small piece of land with the money she received from her husband’s inheritance. She started growing sweet potatoes on the plot of land, which helped her earn money to provide food for the children, and also some money for other necessities at home. She joined a savings group where she saved Rwf 100 (1 cent) every week.

Afisa then began growing vegetables in small bags, which helped her to earn money to feed her children and also pay for their school fees. 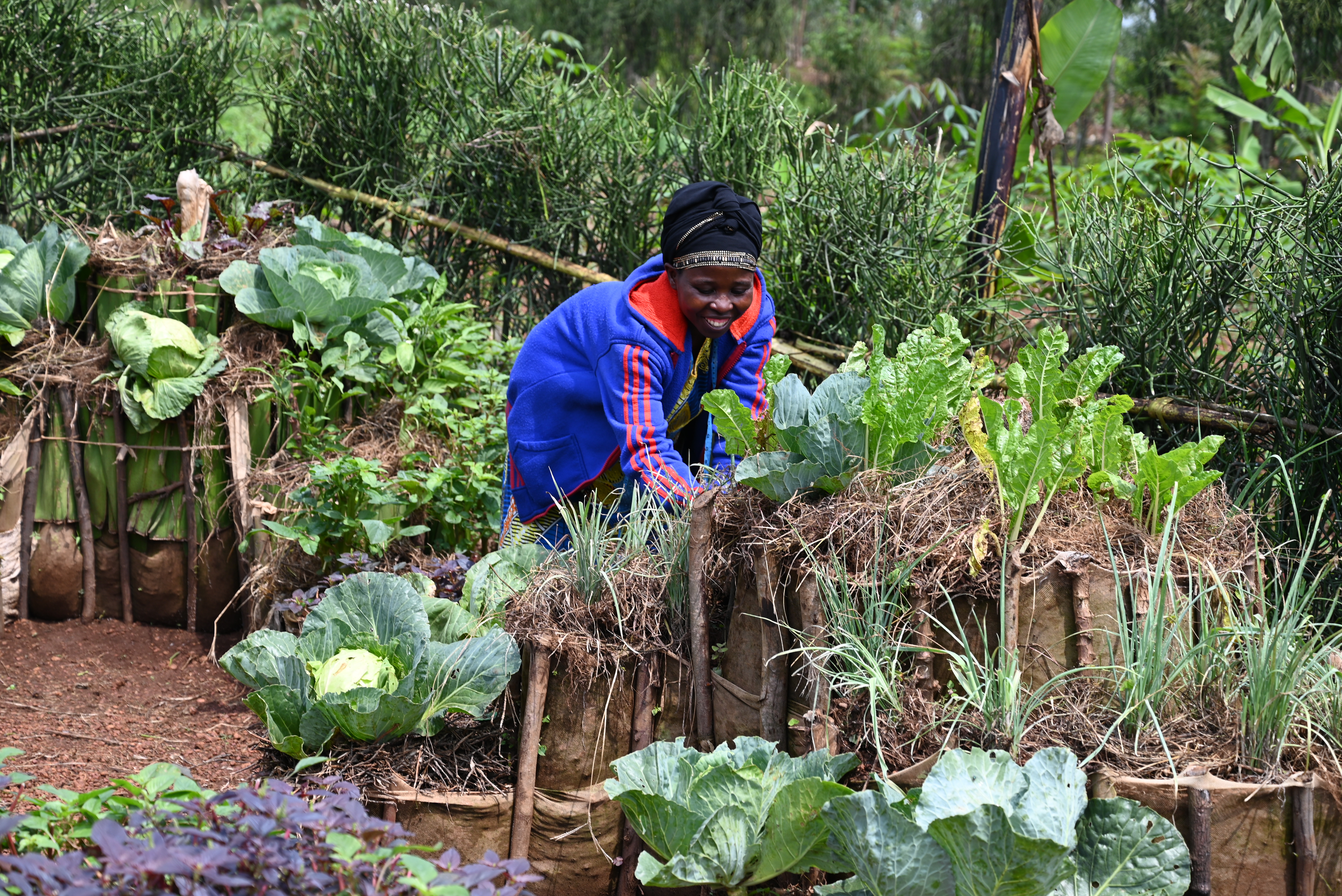 Through World Vision’s Ultra Poor Graduation model, Afisa was supported with Rwf 30,000 ($30), in two instalments. Although she had a lot of needs to cater to, she did not waste the money; she bought livestock to help her get manure for her vegetable garden. She then started building a house, as she wanted her children to have a roof over their heads and enjoy their sleep without rain and mosquito bites.

Afisa received a loan from her savings group and bought construction materials for her house. In addition, she received iron sheets as support from World Vision and started constructing her house.

“I do various kinds of work, provided I get money. For example, during the dry season, I collect water in jerrycans and keep it in the house, then people in my neighbourhood come to me to buy water when in need”, says Afisa.

Afisa also wants to gain a skill that will help increase her income in the future. She has started learning how to use a sewing machine. Due to her busy schedule during the day, she takes her lessons at night.

“I asked someone to teach me at night because I cannot get time during the day. I have rented the sewing machine so that I use it for my lessons. I have gained some skills already”, says Afisa. “To the mothers who are struggling out there, I want to tell you that hard work pays off. Do not give up; you will get where you want to be.”

Afisa's dream is to live a life where she can meet all her needs and solve any challenge that might come her way without needing loans from people.