Reishell remembers her last day in Venezuela before her family fled the country. Her parents took her and her younger brother to the beach.

“I was scared to swim, but my dad got in and put me on his shoulders. We went into the water. I Ioved it. We made a big hole in the sand and filled it with water from the sea and I jumped in.”

The eight year old remembers her home fondly: the nearby park with the slide and swings, and playing with her Peppa Pig doll - a treasured gift from her aunt.

In her hometown, San Juan de Los Morros in central Venezuela, Reishell would walk up the colourful steps with the red handrails to her school.

“My school was pretty and we would start the day singing the hymn. I felt good in Venezuela, but we had to come here because we were getting sick,” Reishell says from Quito, Ecuador.

Venezuela, a South American country of some 28 million, is experiencing the largest exodus in Latin America’s recent history.

Nearly 5.5 million people have fled Venezuela since 2014 when the country’s economy plummeted, following political instability, causing a shortage in food and medication that continues today.

The majority of Venezuelan refugees fled to the neighbouring countries of Bolivia, Brazil, Colombia, Ecuador, and Peru in search of reliable food, education, and work.

Today in Venezuela, one in three people, about 9.3 million, are moderately or severely food insecure, according to the UN World Food Programme.

Reishell and her brother, Aiden, one year old at the time, suffered from malnutrition, forcing her family to flee to Ecuador. The collapsed healthcare system, another product of instability and political turmoil, saw the return of once-eradicated diseases like cholera, malaria, and measles in Venezuela, putting children at even greater risk of ill-health.

As of early 2020, nearly 40 percent of Venezuelans, including Reishell’s father, Elio, had lost their job or business because of the downward economy.

“The moment we knew we had to leave was when our youngest was in critical condition – he was malnourished and had gastritis. He was on the brink of death,” Reishell’s mother, Amalia, says of her son’s health.

Because of the lack of basic services, gas, food, medicine, our children were malnourished and it was either [we leave] or we stay to watch them die.

“A month's salary was enough for a flat of [30] eggs and a sack of bread flour, which was not nearly enough to sustain all four of us,” she explains. “We were just surviving.” The economic crisis and hyper-inflation made medicine and food scarce or unaffordable.

Amalia and her husband, Elio, gathered some clothes and blankets and left on foot with their two children, travelling more than 2000km (1200 miles) south through Colombia to Ecuador, only receiving occasional lifts from strangers.

“We lived through moments that we never in our life thought would happen: sleeping wherever the night would fall [on the roadside or in cars], walking and walking without stopping, being all dirty like beggars for days, exposing our little ones to so much, watching them sleep in the street,” Amalia says of their plight.

“We went through a lot, from almost being robbed to being cold and hungry… many bad things. “I felt as if every time I breathed I froze,” she says of the harsh conditions in the mountains. 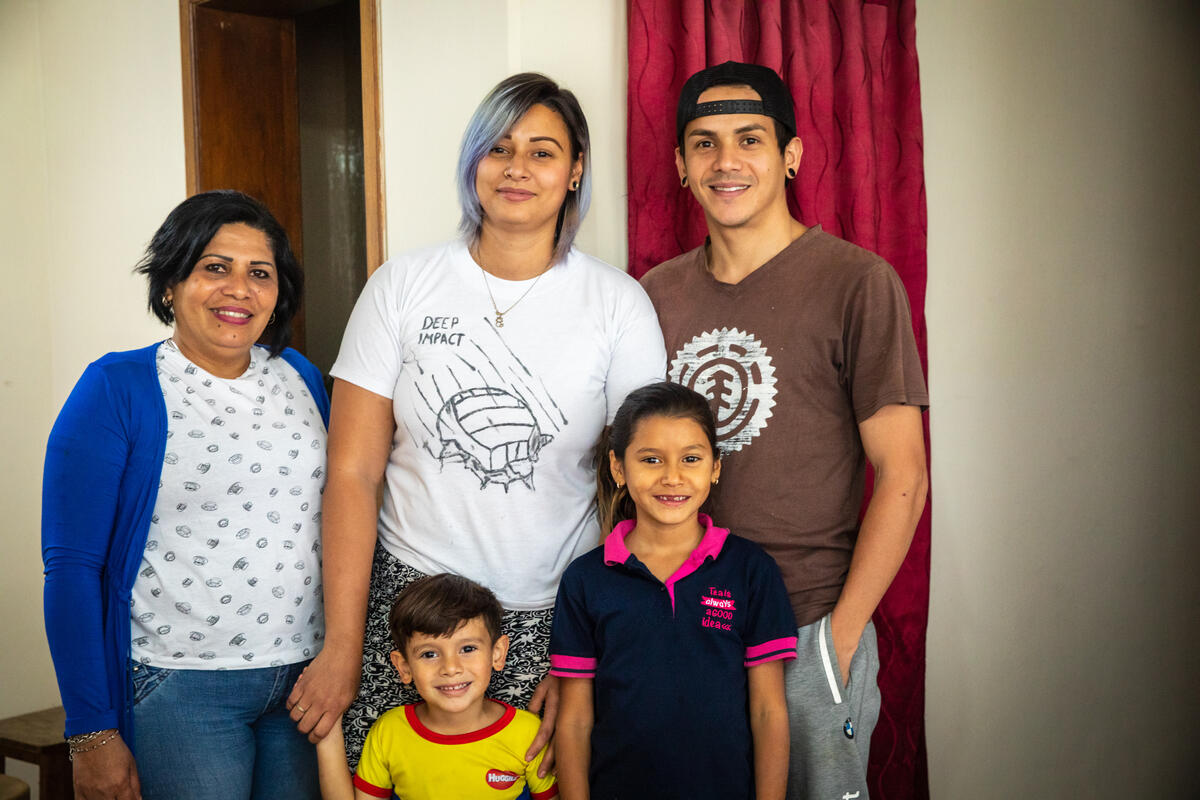 The family survived on the food strangers offered them. Still, Amalia was also malnourished and carried her baby, Aiden, one, the whole way.

“ I think what helped us survive was that there was a light at the end of the tunnel. In our hearts, we knew that if we made it there, it would be for a new life,” she says. “What helped my tranquility as a mother, too, was the invincible spirit of my daughter. She was still tired and cold. But she was happy because our new life ... was coming.”

“Exposing them to so many dangers” is something Amalia regrets. “They’re children. They should not have to go through something like that.”

A difficult journey is only made tougher with border restrictions and closures imposed by the COVID-19 pandemic. This forces migrants to rely increasingly on irregular border crossings into Colombia and Brazil at even greater risk of human trafficking, exploitation, and violence.

Venezuelan refugees trek through muddy and flooded paths and mountainous ranges where they face extreme cold with little or no supplies. Reishell’s family didn’t even have jackets with them.

“We had to travel hungry because we hadn’t eaten or ate very little,” says Reishell. “I felt happy because we wouldn’t have to be hungry anymore [in Ecuador].”

Life has slowly been improving for Reishell and her family. They have been in Quito, Ecuador for two years and her dad has found work. Her brother, now three, can finally get the medicine he needs. Reishell has even started school in their new city. She’s in grade two.

Reishell misses her grandmother, who couldn’t make the journey with them on foot. “I miss when I used to go to my grandma’s house on Sundays or Saturdays. She would make me chicha [a traditional drink made from rice] and give me a bath,” Reishell says. “I would sleep next to her and we would get cozy. Now she is alone.” 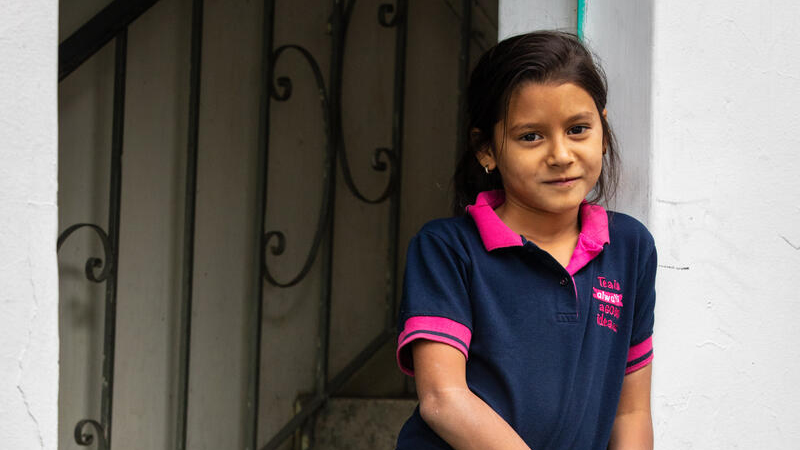 Fortunately, Reishell’s beloved Peppa Pig doll was among the few belongings her family was able to carry with them to Ecuador. The beloved character from a British children’s show is her connection to home: it’s the show Reishell would watch at her grandma’s house.

“She [Peppa Pig] made the journey with me to Ecuador. She went through a lot coming here and I hope she lasts with me until I am grown up. I imagine a lot of things with her about Venezuela,” Reishell says.

Although her family is still adjusting to life in Ecuador and navigating trauma from the journey, she is eating regular meals again and taking rice, eggs, and yogurt to school.

Reishell can play and dream again. She is set on becoming a baker, for now. She draws pictures of herself decorating a cake with sprinkles. “It will be The Sosa Family Bakery.”

Hopefully Reishell will be able to share this dream – and cake – with her grandma one day, if peace returns to Venezuela.

World Vision is supporting Venezuelan refugees like Reishell and her family with food, school supplies, and sanitation kits to prevent COVID-19. World Vision’s response to the migration crisis includes protection services, livelihoods training, and education services for children and educators.

For more information, please see below and click here to make a donation to support children like Reishell.

Since 2019, World Vision’s has assisted Venezuelan migrants and refugees with the following aid: