On Friday, 13 March 2015, Cyclone Pam smashed into the archipelago nation of Vanuatu, with the UN estimating the tropical storm impacted 166,000 people, including 82,000 children.

With funding from the Canadian government, World Vision commenced the Vanuatu Cyclone Pam Emergency and Recovery Response project. The goals of the project were to save lives and ease suffering through the provision of emergency relief commodities.

World Vision achieved this by distributing tarpaulins and toolkits to 650 families, providing ‘Build Back Safer’ training for communities and assisting 43 schools with their recovery through the distribution of school kits, student kits and backpacks and 341 schools with reprints of culturally appropriate reading books. 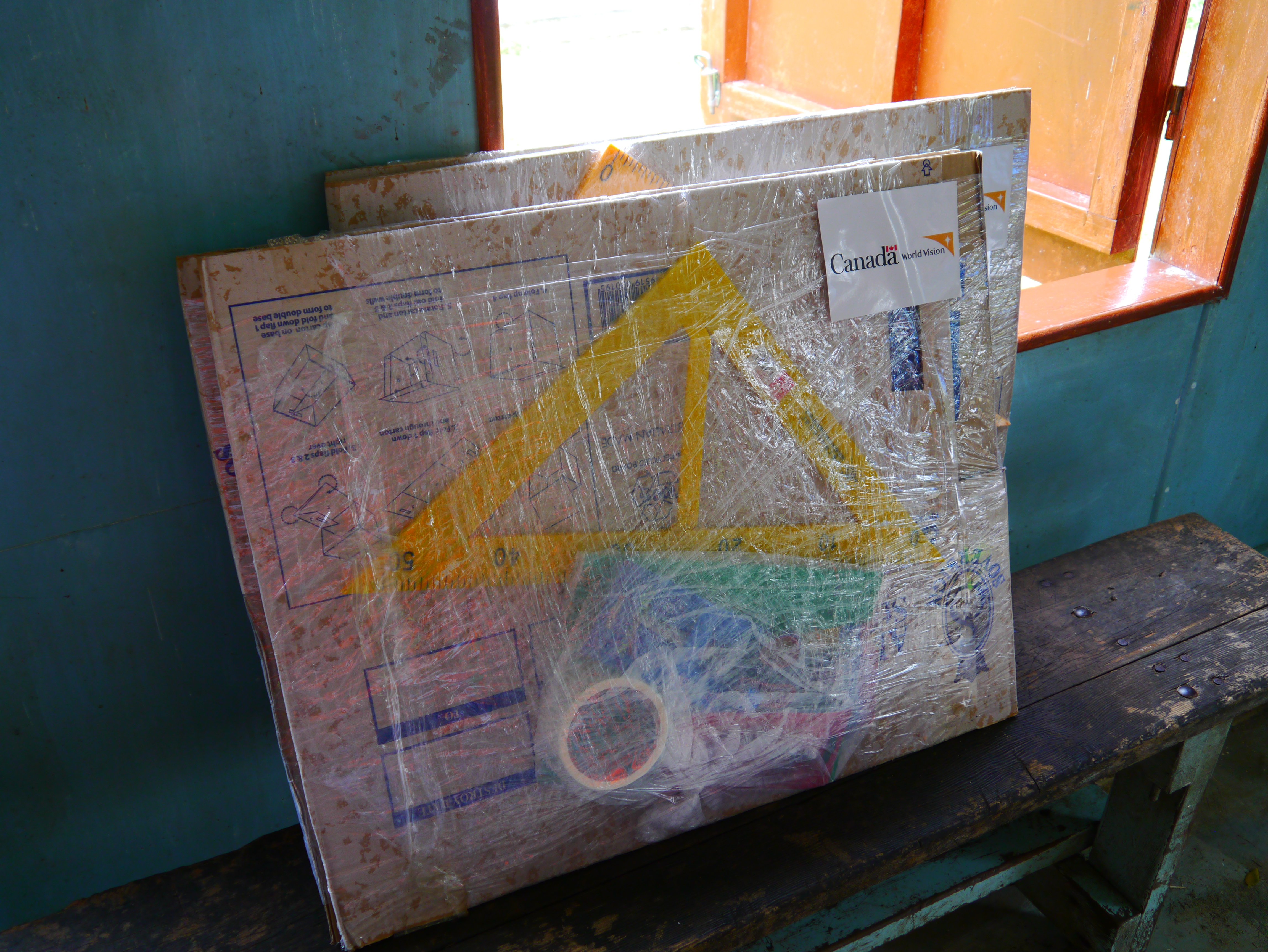 It’s morning recess at school and brown muddy water is forming shallow puddles at the edge of the classroom door. Running children, laughing and chatting at a pace as fast as they move, pour under the small cover and begin to clap hands and sing songs while sheltering from the light rain in Vanuatu’s capital, Port Vila.

The cheerful scene is a stark contrast to six months ago when 500 people spent a terrifying night at the school sheltering from the fury of Cyclone Pam.

At the school, World Vision distributed backpacks to students and classroom kits with basic school supplies like chalk board paint and chalk, markers, crayons, and pencils. Teachers had resources to teach and students the tools to learn after many supplies were damaged by the cyclone.

“I was watching the children while removing their stationery from their old bags and packing them into the World Vision bags,” said Year One teacher, Caroline James.

“Tears began pouring from their eyes and for the first time I noticed their bags were full of patches which were sown with fishing line….To be honest, I too shared tears with the children,” said Ms Caroline.

Despite the school serving as an evacuation centre six months ago, it did not escape damage.

“Cyclone Pam damaged all our stationery and I had nothing to give my class,” said Ms Christina Saksak.

“These kids had no pencils, exercise books, or erasers. I could not teach the children well for one month. Today children have everything they need and they really enjoy their lessons,” said Ms Saksak.

For school children, Jeffery and Harry, the backpacks and school supplies are signs that school life is getting back to normal.

“After the Cyclone we didn’t come to school for two weeks and when we did most of our things were wet and broken.These things mean we can start writing better again,” said Jeffery.

In the aftermath of Cyclone Pam, World Vision has distributed 6,000 backpacks to pre-school and school children. In addition, teacher and student kits with basic supplies like markers and crayons to more than 80 preschools and primary schools which suffered damaged during Cyclone Pam. This was made possible due to support by the Government of Canada.