Rice flakes mixed with raw wai-wai (instant noodles) is what the hard-working community of Gaikhur village in Gorkha have for lunch after toiling for hours under the sun. They have been working to restore the water supply in their community after the earthquakes of 2015 swallowed their local ponds and diverted their rivers. 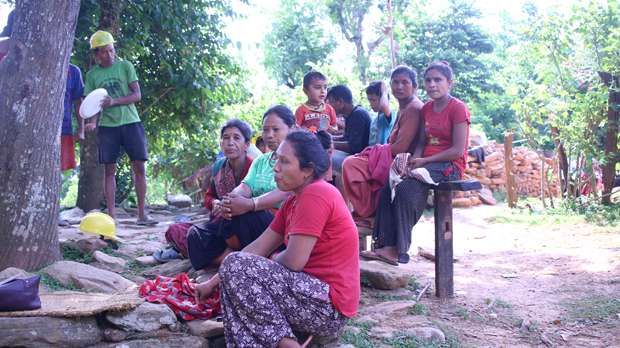 Each morning for the past two months, the men in this community start constructing the water reservoir at 10, take a break to have lunch around 2 pm and typically work till 5 or even later if their target for the day isn’t met. Prem Bahadur says, “We’ve completed the outer walls of the reservoir and have begun working on its internal structure. Some of the men had taken part in the training where they learnt the techniques of setting up IIL galvanised pipes which is a new technique to us as well. This knowledge transfer had made construction easier.” Prem leads the water user committee in the village and is positive that there should be some development in the next two months. 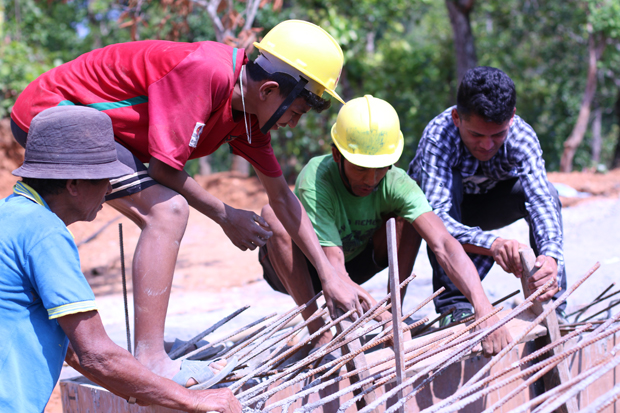 While the men are busy setting up the reservoir, the women are equally determined to get the source ready. Despite their challenging schedule of having to manage housework, after sending their children off to school they have been beginning work at 11 a.m. and finishing at around 5. “We have been helping transfer the construction materials from the vehicle drop-off point to where the source is. I am old and it can get tiring at times, but this is the least we can do,” shares Santa Kumari, 50, continuing, “Before lunch today, I moved 12 sacks of cement, walking 20 minutes there and back for each trip. The base of the reservoir is now complete and further work is being done.” 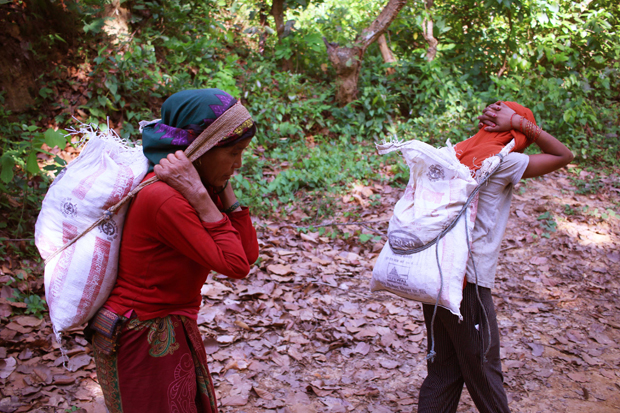 Before the earthquake, the villagers were dependent on local ponds and rivers for water for domestic chores such as washing clothes, dishes, and bathing, and had to walk at least half an hour to fetch around 8 litres of drinking water from the water source. Following the devastating earthquakes, as a result of the ponds and rivers drying up, they had to resort to making more trips to the water source for drinking water as well as water for other purposes. This meant more trips, 3-4 at a minimum.

As if that weren’t enough, the path from the village to the water source carried with it the risk of attack by wild animals-tigers and snakes - especially at night. 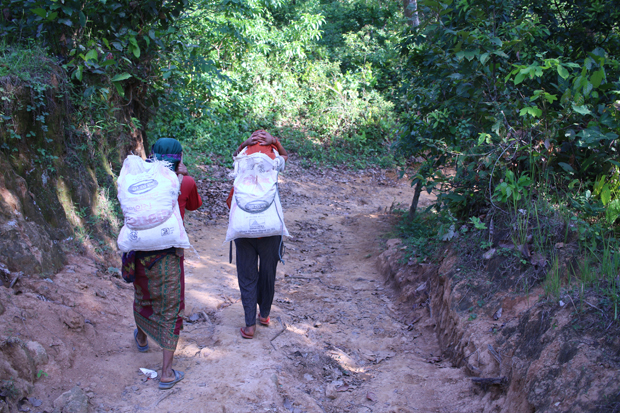 WHAT ABOUT THE CHILDREN?

The children are no stranger to the problem. Just take Juna, a 30-year-old mother of four. Her daughters, as young as Sirjana, who is 8, have been helping her fetch water, taking 45 minutes on the path for each trip. In each trip, she carries a vessel holding 5 litres of water and 3 bottles of 1.5 litres of water each. Juna says that Sirjana has hurt herself a number of times during the process; the fresh scars I see on her legs leave me in no doubt. “Even I don’t like to ask her to get the water, but she can’t resist it, seeing her sisters work. I can’t deny that it helps though,” she remarks.

So, how common is this problem? A study by UNICEF finds that in the aftermath of the earthquake, 1.1 million people across 14 districts were left without access to protected water sources. With such great need, World Vision is trying to restore access to water sources for the earthquake survivors. 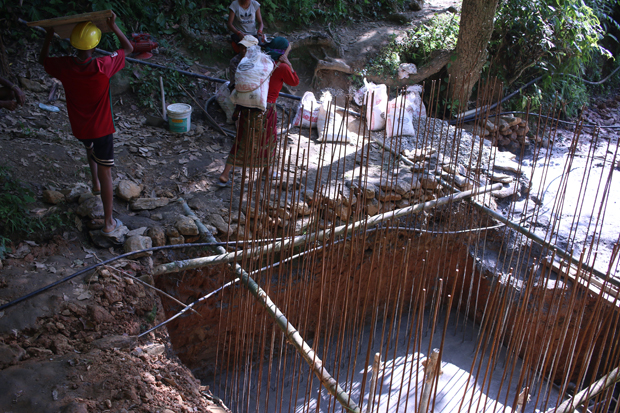 The construction of the Gaikhur reservoir, funded by Aktion Deutschland Hilft, is expected to be completed sometime in the next two months. Once completed, it should meet the needs of about 40 households in the village, with an individual tap for each house.