Noumouké is an 8 - year - old boy who lives with his parents in the village of Bransan in the Saraya Department of south Eastern Senegal. He comes from a polygamous family, with a big sister who is studying and a little brother who is not yet in school. In class, Noumouké was having difficulties reading the French alphabet, and his older sister could not help him.

Various reading assessment tools have revealed a relatively low level of proficiency in Senegal. The William and Flora Hewlett Foundation evaluation that took place in 2009 with support from local and international partners and the Ministry of Early Childhood Education, Elementary, Secondary and National Languages found that nearly one in five students could not read a single word from a short story (123 out of 687 students studied). This copelled World Vision Senegal, with the support of its World Vision Korea partners, to set up a pilot project in 2016 in Saraya based on a communal model of learning to read, encouraging the involvement of the community and other stakeholders. The goal of the project is that reading should be a social and cultural activity that is also taken beyond the school gates and practiced under the palaver tree with the help of community volunteers.

Top of the class

Bransan, a village in the World Vision intervention zone, is one of the pilot villages of the Literacy Boost project. First year elementary students were tested as part of the random sample taken for the baseline survey, following which reading clubs for children were set up in seven villages in the Saraya cluster. Noumouké is one of the first year elementary children taking part. He regularly attends the club and today he can read letters, words and even paragraphs correctly. At the end of his assessments he came out top of his class and was even declared the winner of the 'Excellence Sambagalou' contest, which celebrates the best students at all levels in the Kedougou region. 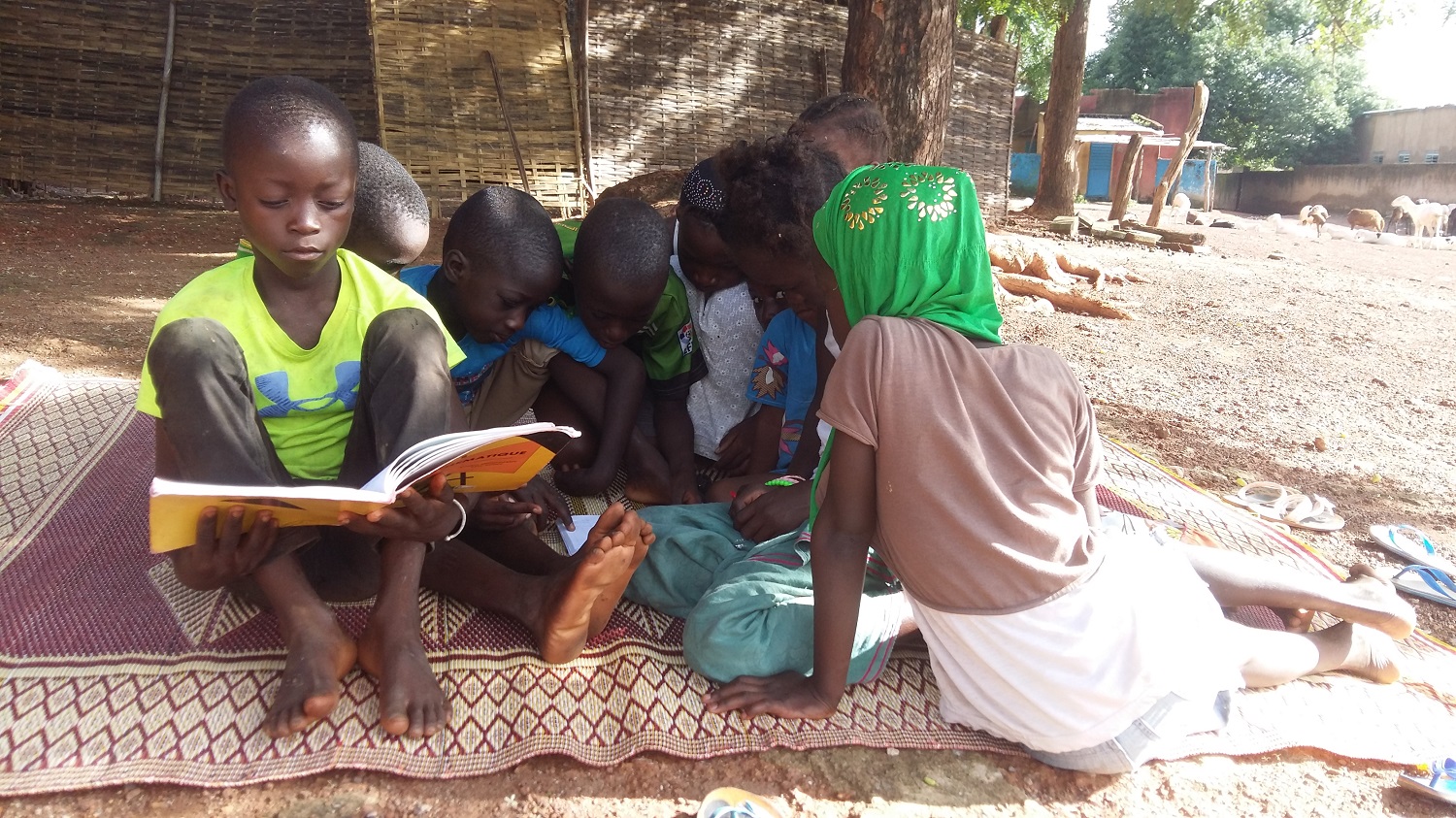 Noumouke reading with his friends

The joy of Noumouké's mother Binta

“Noumouke could not read. Back from school, he used to throw his bag on the bed and would rush out to play with his mates. But with enough encouragement from the reading club, Noumouké has gradually got interested in reading and now he can manage to get letters, words and even whole paragraphs right. I have seen the importance of this club with my own eyes because now my child's reading level has gone up. He even got a prize this year in the 'Excellence Sambagalou' contest. So if this program could be repeated elsewhere, many more children around the country could have the same chance.”

Literacy Boost is a programmatic approach to education with the ultimate goal of improving students' reading skills. The aim of the project is to put a viable initiative in place that will improve results in reading for girls and boys from the first to third years of elementary schooling throughout World Vision programs. What contributed to some notable community involvement in the Saraya and Fongo programmes was that people joined in with identifying some locations for holding the club activities and making them safe. The number of children taking part regularly in activities inside and outside school rose from 871 in 2016 to 1085 in 2017.

Teachers and school principals have already noticed the contribution of the new method towards the schoolchildren's progress. In fact, 82.7% of Fatick region children taking part in Literacy Boost have now attained average levels in their reading and writing tests, as opposed to a rate of 41.3% in schools not participating in the programme.

World Vision works with its partners to sustainably improve the well-being of children in their family and communities, particularly for the most vulnerable. It is with this purpose that the organization chooses the direction of its interventions in order to respond to the concerns of the national education system. This is how, with the participation of communities, volunteers and local activists, the selection was made for action plans based on a parental role in education and certain other themes. In the department of Saraya, such themes coming under discussion included gold panning and school drop-outs. In short, all these themes are related to the protection of children and militate in favor of their well-being.