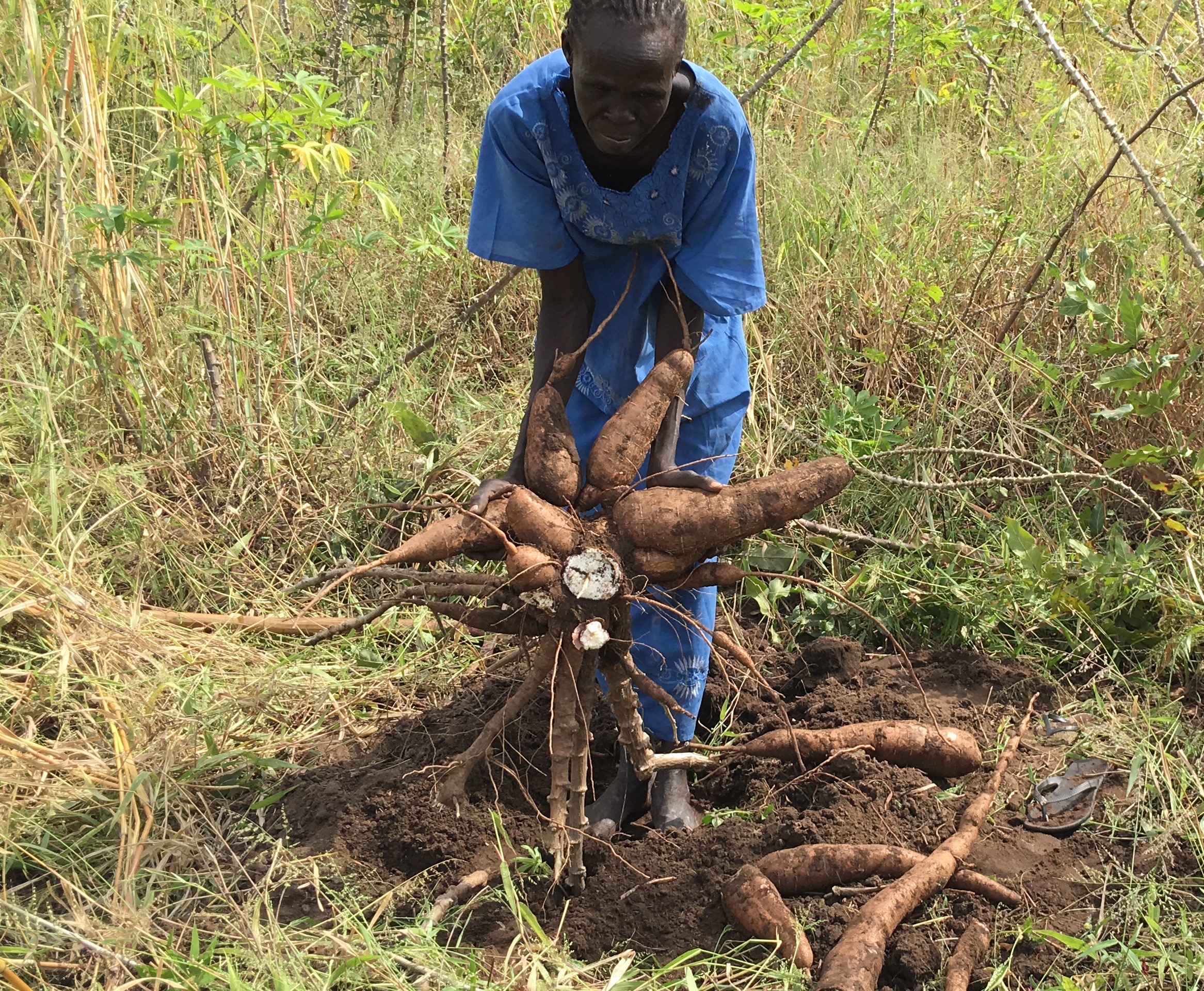 Seraphina Kako is a widow and a mother of six. She shows off gigantic cassava that she has grown in her farm in Digala, Central Equatoria, South Sudan.

Four years ago, Seraphina did not grow enough food even for her children and she had to supplement by collecting firewood and selling this. Even then, they were barely able to get by and she could not afford to take her first two children to school.

World Vision is working with the community to improve their food security by teaching skills that will improve their production through Farmer Field Schools.

“We teach them skills right from the ploughing stage, planting right through the harvest, including post harvest handling to including drying methods for longer storage and to reduce wastage,” says Betty Koiti, World Vision’s Food Security and Livelihoods Project Officer.

World Vision also gives the farmers improved seeds, and farm implements and teaches them also how to select good seeds for the next harvest.

Since the project started, I have learnt a lot of skills and my production has improved,” says Seraphina. She grows groundnuts, cassava, sorghum as well as simsim and greengrams.

I now have enough food for my family and the four younger children all go to school. In fact I am able to afford to pay for better schools for two of in Juba, and they live there with their aunt,” she says.

According  Stephen Lado, chairman of Tiyi Morokindu, the umbrella Farmer Group under which the Farmer Field School falls,  the skills they have learnt have increased their production and most of the farmers have enough food for their families and surplus for sale.

“From the proceeds, we agree as a group how much each person contributes towards the group kitty.  With this money, we are able to give loans to members and non-members and they pay back with a small interest,” he says.

The Chairman says that after a training they received from World Vision on cooperatives and marketing, the group decided to register as a cooperative society and the process in ongoing.

“Once we are registered, we will be able to sell together as a group and this way we will get better prices. In addition, it will be easier to access loans from lending institutions which we can use to expand the acerage under crop as well as buy the necessary implements for increased production,” he adds.

World Vision is supporting 3,000 households which adds up to about 15,00 people through this project.