In the world’s newest country, violence against children, whether from conflict, grinding poverty, or institutional fragility, robs girls and boys from the safe, bright future they deserve and limits the potential for this nation.

World Vision South Sudan is deeply committed to working alongside the people of South Sudan, the international community and partners to realize an end to violence against children.

On October 1st 2017, World Vision South Sudan launched its national campaign, It Takes A Nation to Protect the Future Generation. The campaign focuses on the protection of children and youth, including the reduction of gender-based violence (GBV) and the promotion of gender equality.

The It Takes A Nation campaign focuses on the centrality of protection and promotion of human rights, specifically those that protect children’s rights and promote the equal rights of women and girls.

In the first 15 months of the campaign, we have:

For more details and specifics of these achievements, please download our 2018 Campaign Report 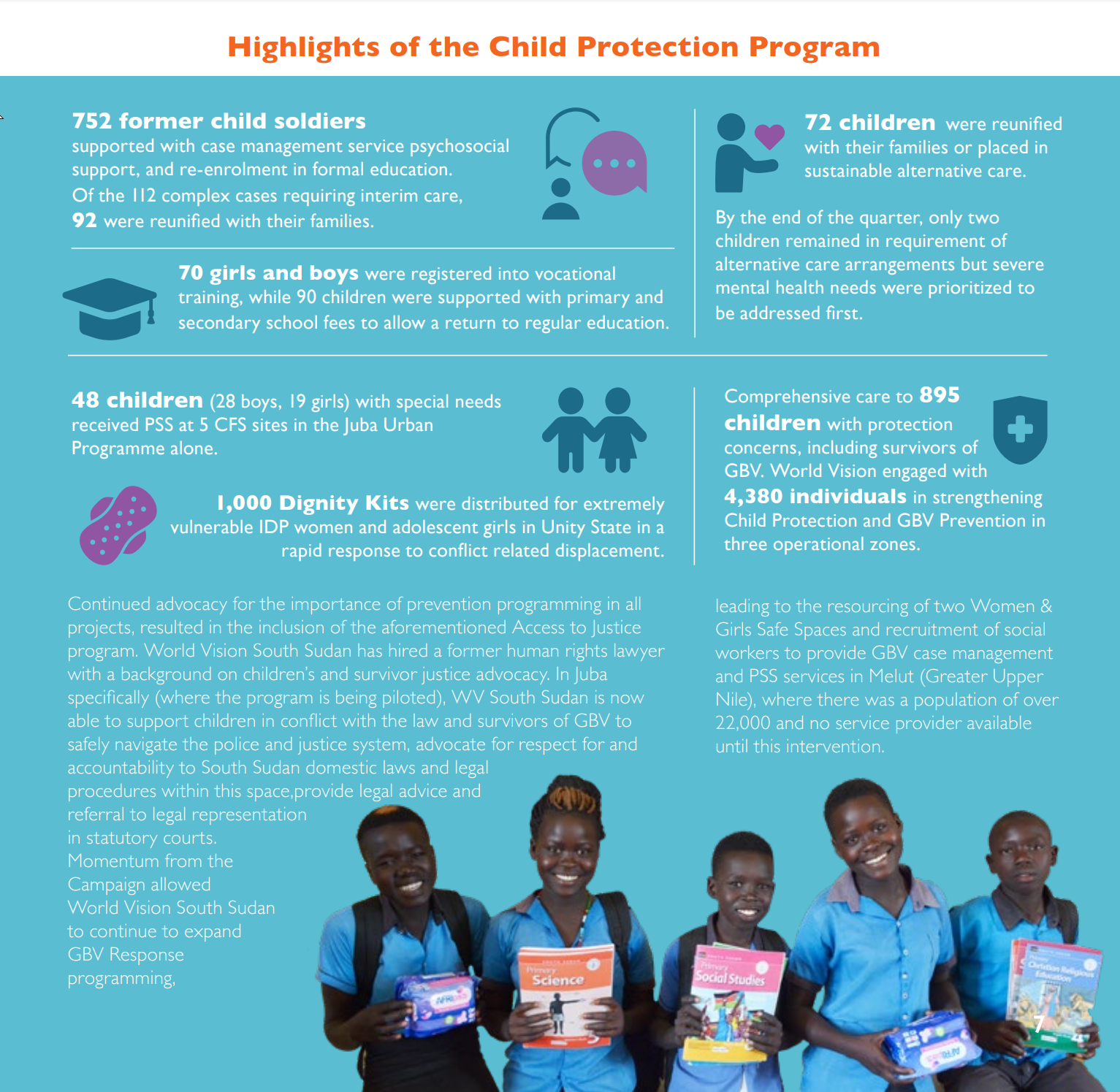