Slatina Spa, at the outskirts of Banja Luka, in the last week of June 2018. Beautiful green hills surround the spa facilities, precious refreshment for the eyes, the body and the soul. It would be impossible to find a more suitable place to discuss psychological trauma and healing.

Roughly twenty participants are in the conference room of the newly opened congress complex of the "Dr. Miroslav Zotovic" Institute of physical medicine and rehabilitation. Sixteen of the participants are here to attend a three-day seminar on peer support in the rehabilitation and integration of landmine survivors. The participants work either at centers for mental health, basic rehabilitation or social welfare in ten municipalities affected by landmines in Bosnia and Herzegovina. 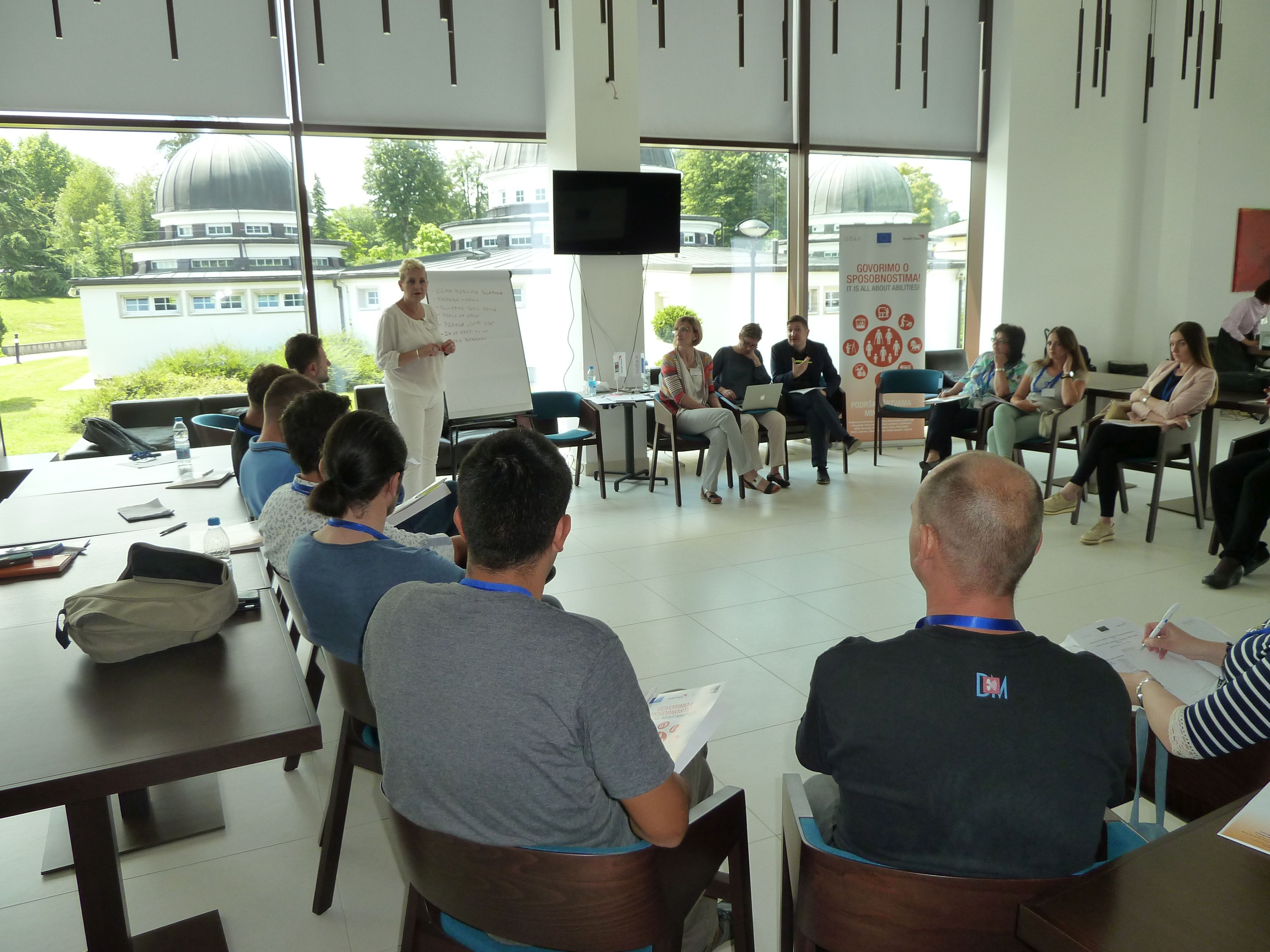 The organizers of the workshop are World Vision and the Organization for amputees UDAS, which receives funding from the European Union. The workshop will transmit knowledge and build skills so that the rehabilitation experts can better address the needs of survivors and amputees. It will familiarize them with the basic elements of peer support and prepare the establishment of peer support groups in the municipalities of Zvornik, Stanari, Doboj, Konjic, Travnik, Donji Vakuf, Lukavac, Velika Kladusa, Bihac and Bosanska Krupa. The workshop kicks off. 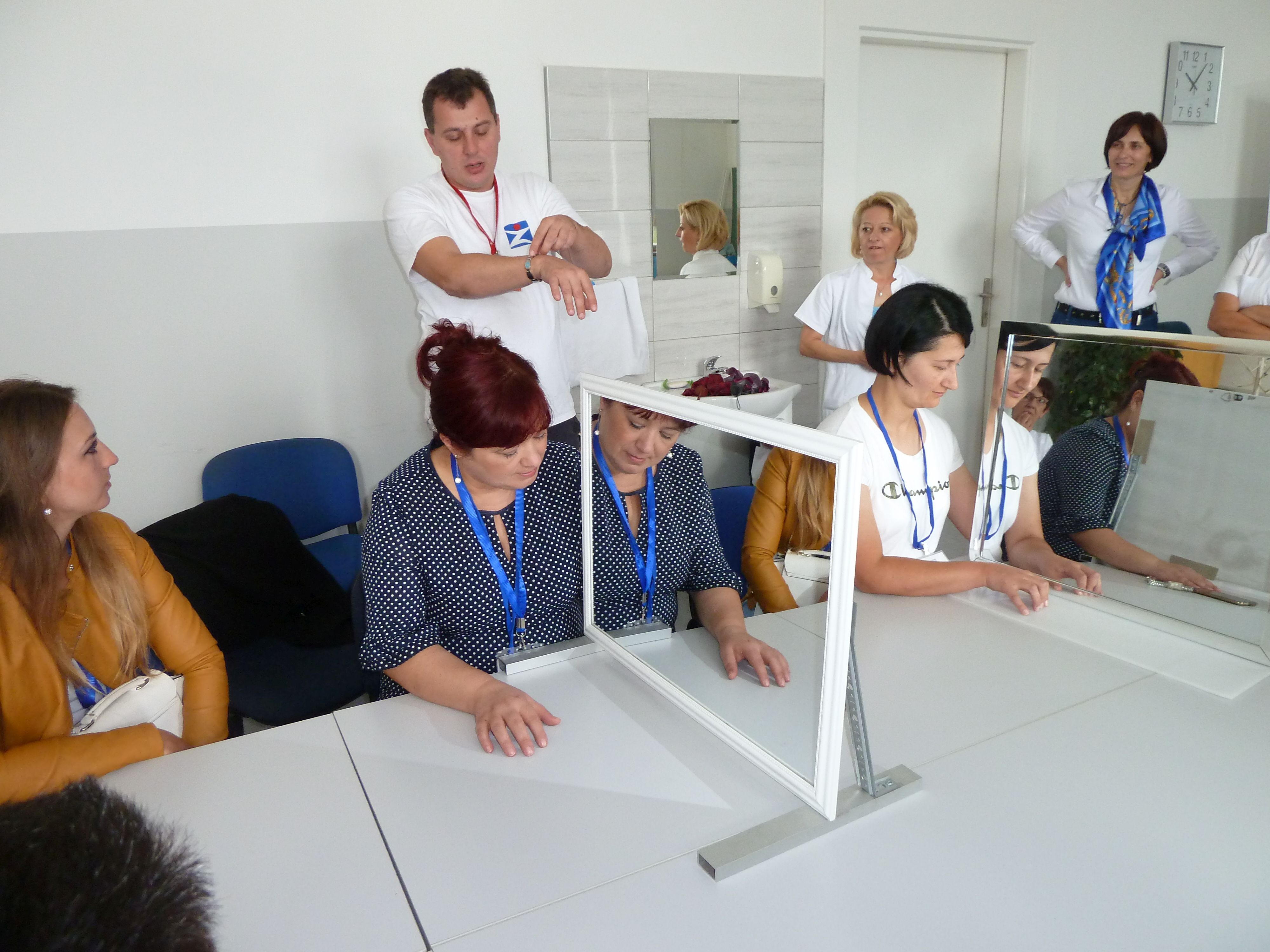 The participants are attentive and intrigued. Peer support is not a usual subject, so for these psychologists, social workers, physiotherapists and nurses, this is their first exposure to many ideas and best practices. Sejla, a psychologist from Bosanska Krupa, and Adnan, a social worker from Velika Kladusa, recently started their professional career at the municipality center and are not familiar with the challenges faced by landmine survivors. By contrast, Igor, a physiotherapist from Doboj, is fully aware of the power empathy has when coming from a peer, and he recalls and shares examples of cooperation with the Doboj amputation association.
During the workshop, facilitated by a senior psychologist and social worker of the Institute “Dr. Miroslav Zotovic”, I ask Zeljko Volas, a landmine survivor and UDAS’s president, to share with me his experience with peer support. He travels twenty two five years back in time.
"I was injured in a mine incident as a young man and had to amputate my lower leg". says Zeljko. "My life changed in an instant moment. I quickly realized that I cannot change what happened, but that I could try changing my mindset about it. I learned that I am more than just a part of my body and decided not to accept this condition as a loss but as an opportunity for my own development.
I remember walking in shorts in the summer of 2000, and being yelled at by a man for having exposed the prosthesis. This and similar discriminatory behaviors encouraged me to establish the association of amputees and fight for a society of equal opportunities. 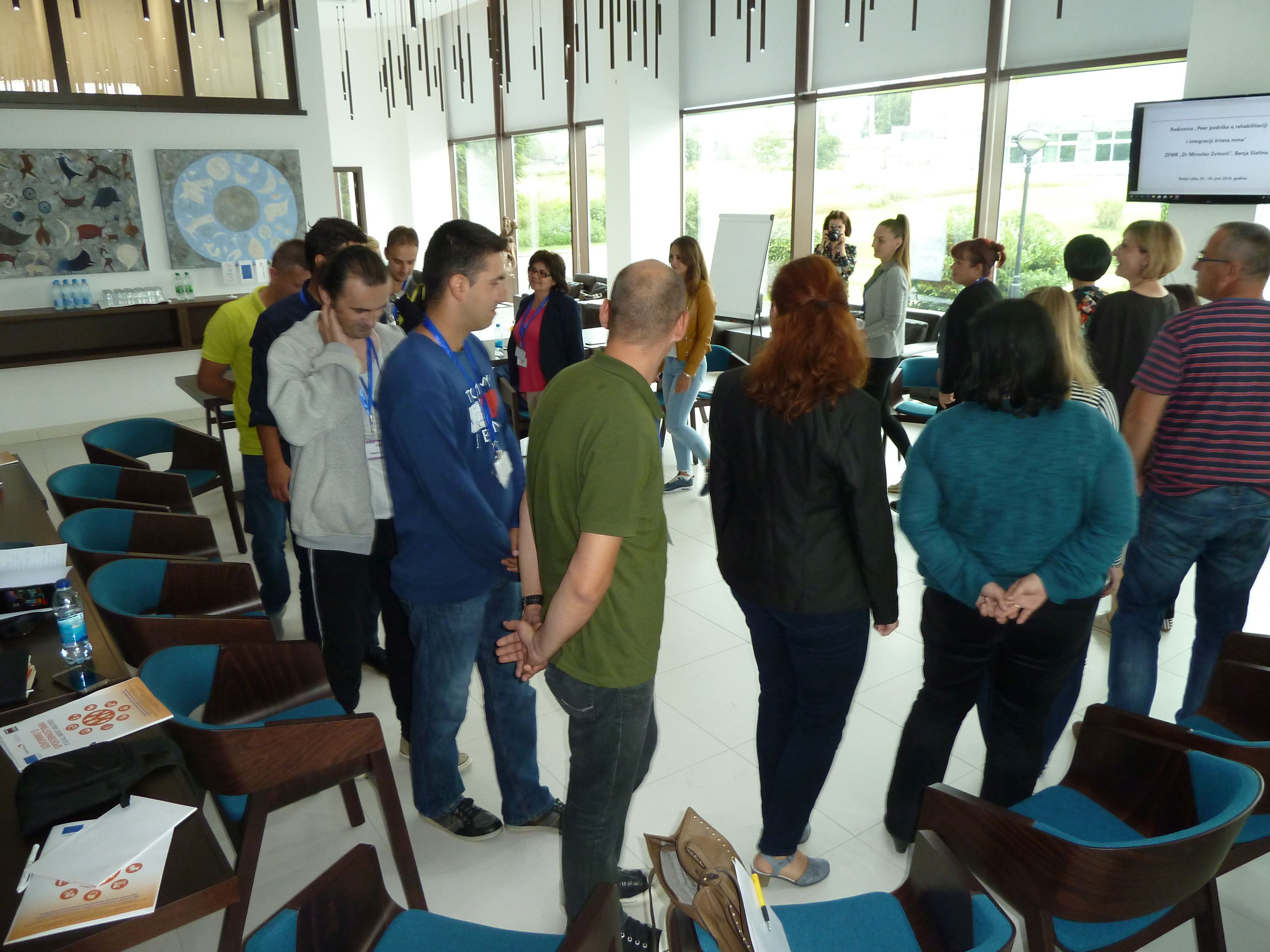 I worked for long periods as a peer supporter for an international organization and had the opportunity to daily support landmine survivors and other amputees in their struggle to rebuild self-confidence and to gain autonomy in managing their lives.
No one succeeds alone, and the landmine survivors are not an exception to the rule! People need each other! In most cases, my support is empathic stimulation to a fellow survivor, who unlike me was lacking a support network, to wake up and move on. Most survivors emphasized that in times of crisis they needed someone who is able to ‘put himself in their shoes’. Sometimes my support is limited to simple encouragement and sometimes to active listening even when survivors do not want to speak out. By listening to others in a professional manner, we are able to support them to their path to recovery." 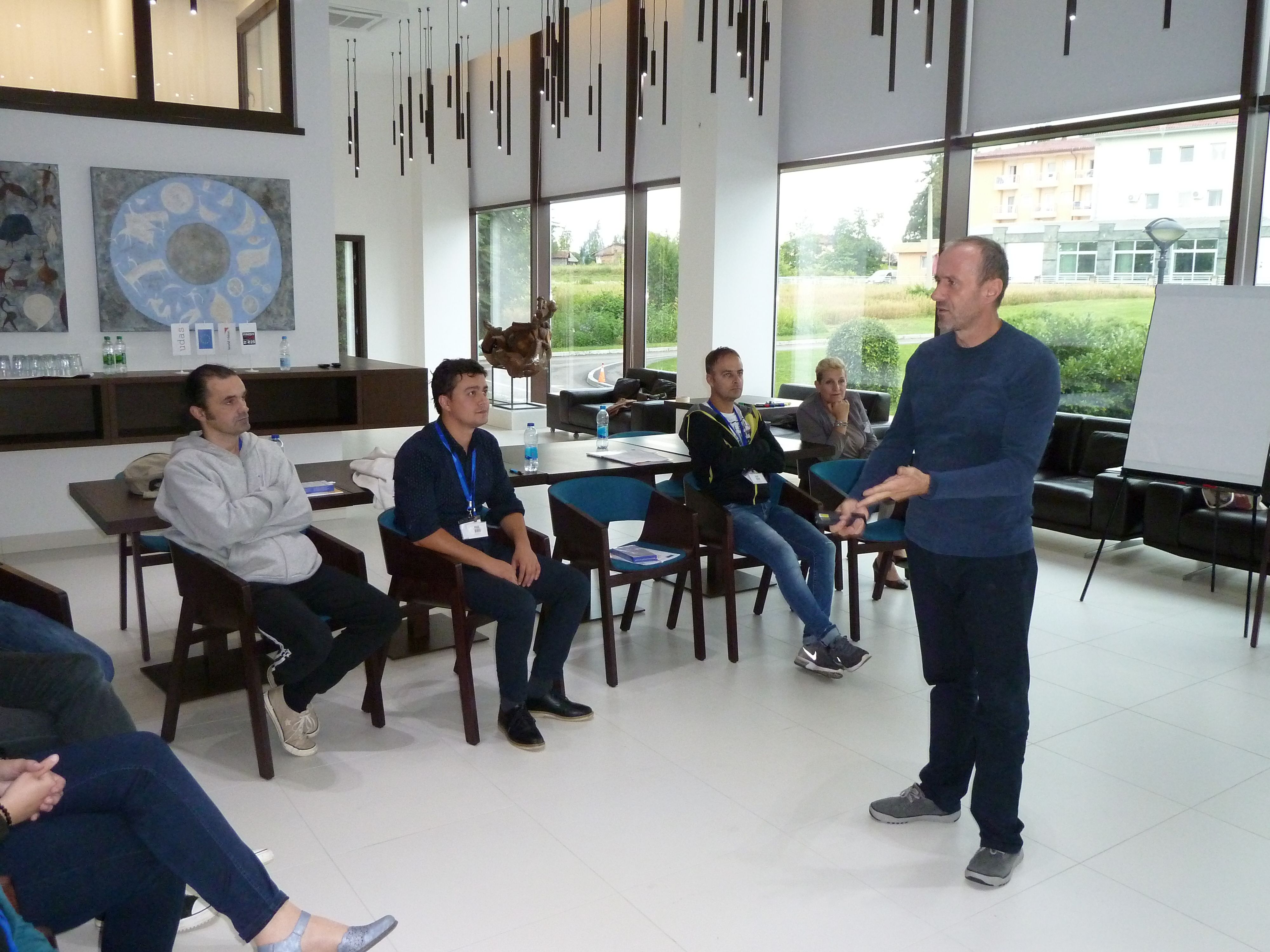 While Zeljko stands up to present the concept of peer support, I withdraw to the background and cannot help myself from visualizing a future united survivors’ movement in BiH guided by solidarity and a feeling of belonging. With people like Zeljko leading their associations, and with skillful professionals in the national and local services, this seems to me to be realistic and feasible as never before!