Today, 12-year-old Panha is at school for the second day in a row, and he’ll be going tomorrow, too. That might not sound very ground-breaking. But, for his family, who have been on the brink of survival, it’s a big deal. They couldn’t afford the US$5 price tag needed for a backpack. Without it, he couldn't attend each day – those are the rules at their local school in northwestern Cambodia.

His grandmother, Seng Chou, looks after him while his parents work in neighbouring Thailand. She says the days before Panha could attend school each day were stressful. She would try to borrow money for study materials, a uniform and a backpack from relatives or neighbours so he could go on some days. But it was tough. Because of two years of crop failures before his parents relocated to Thailand, the family had considerable debt to repay on top of the family’s day-to-day needs.

Things changed for Panha when World Vision came into his life. In November 2021, he had the opportunity to become part of the child sponsorship programme and choose his sponsor.

His family received immediate support to buy food and home supplies to boost their nutrition and relieve some financial pressure on the family, who were relying on the income arriving from Panha’s parents in Thailand.

“When there are families who are [nutritionally] deficient, the nutrition team, the health team, and the education team of World Vision will deal with the vulnerability through distributing materials, food and other support to our community,” said the village chief, Mrs Soda. 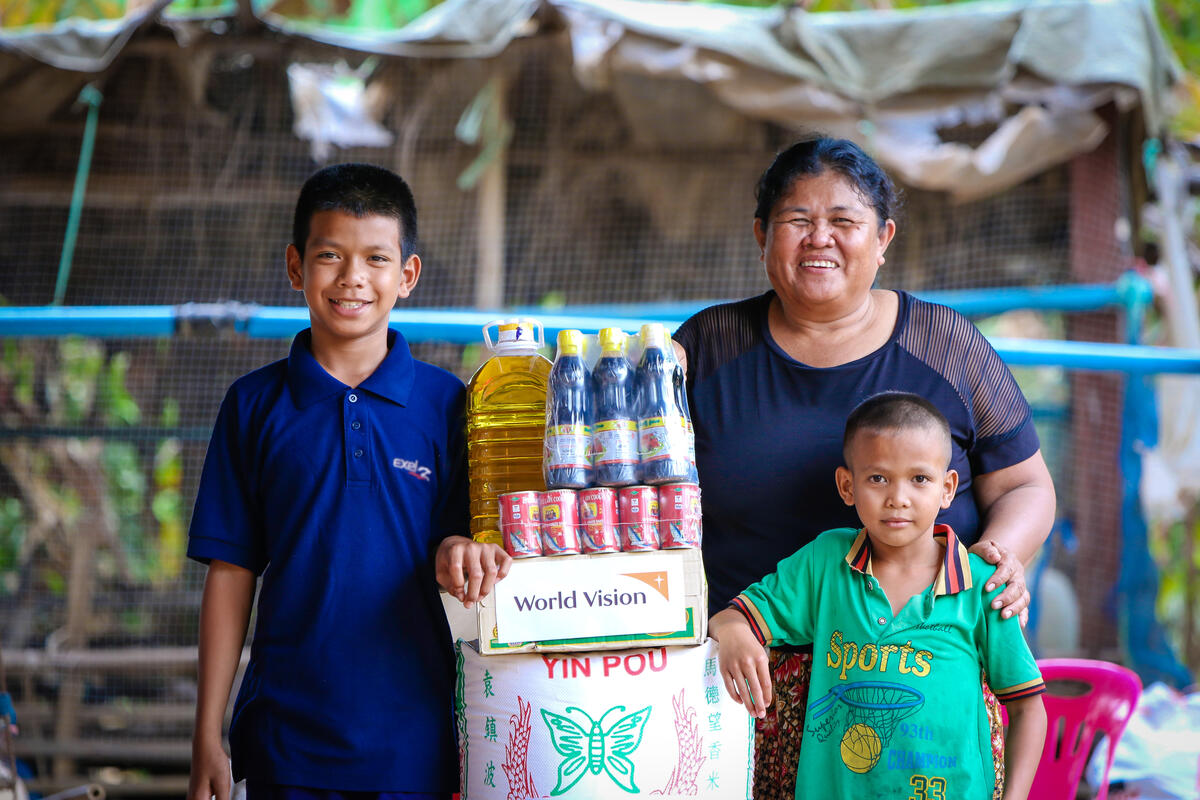 To help address the family’s longer-term issues, Panha and his family also received support and training in nutrition, health and education. Seeing the power of education in action, Panha’s grandmother decided she needed help to send him to school every day, so he didn’t end up living the same life as his parents.

Panha’s father had to drop out of school as a boy due to his own family’s financial difficulties, and that fate seemed inevitable for Panha, too. But, thanks to his sponsor, he is now at school with the tools he needs and he plans to become a police officer.

His grandmother recounts the moment things changed, when Panha came to her saying, “You do not have to borrow [from] others to buy me shoes, pen and books anymore because World Vision will provide them for me.”

She says she wasn’t so sure World Vision would actually help and was worried about needing to buy him a backpack for the academic year, as the $5 price tag was simply too high for the family.

But the items arrived just as promised. “It is really just like what Panha said — that I do not have to worry about buying him a pen and book. Now, we even receive a new backpack. I do not have to borrow [from] others anymore.” 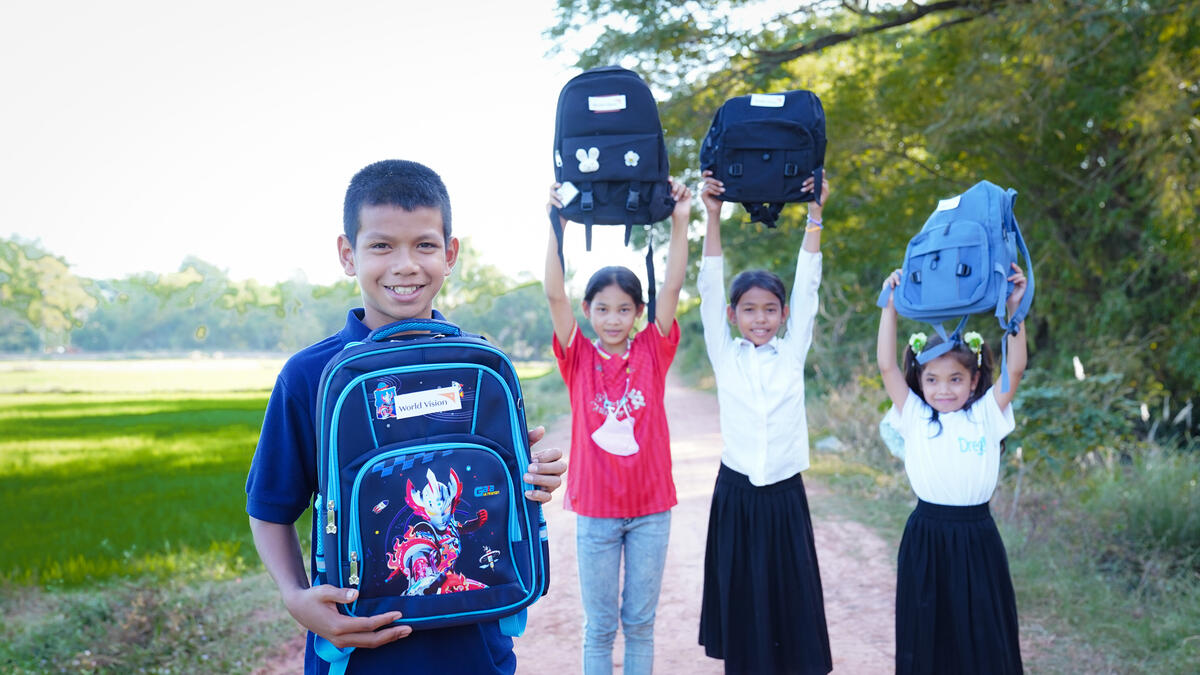 “I think that they are luckier now than during the last generation (Panha’s father),” she says. “If there were programmes like this, my son might not have had to quit school.”

When Panha became part of the child sponsorship programme, he was also given the opportunity to choose his own sponsor. Previously, only sponsors could choose a sponsored child instead of the other way around, but World Vision flipped the script in 2019 with Chosen®, where children are empowered to choose their own sponsors. For some children, it’s the first decision they can make on their own.

For Panha and 60 other children in his community that day, it was a great moment.

“I chose the family because they have many members like my family. One day, I want them to visit me,” he says of his sponsor.

“I think [a] sponsored child is a child that receive[s] rice, book, backpack, ruler, pen and correction pen, and [is] able to make friends and gain new knowledge when we gather in community event[s],” he adds.

For his grandmother, World Vision’s presence is a miracle for children and her community. She says that before joining the child sponsorship programme, Panha barely had friends and was a very timid boy. Today, he participates in activities with World Vision, has many new friends and has become more confident in speaking.

As for Mrs Soda, the village chief, she says, “The child sponsorship programme helps children to experience positive change, to receive knowledge regarding child’s rights and child’s protection. Without the sponsorship, our community would not have developed as it is today.”

Panha would like to become a police officer because it’s a practical job and the cost of tuition to achieve it isn’t too high. For the first time in a long time, he is dreaming of his own future and knows hard work will get him there.

“I am so happy that I do not know what to say. I am so thankful to World Vision,” his grandmother says. “I am very delighted. I now have less burden, and I am really happy I do not have to keep worrying whether my grandson [will] be able to go to school or not.”

“I keep telling my grandson that he is lucky… that he should study hard and listen to his teachers well.”

There have never been more reasons to sponsor a child like Panha than right now. Chosen® means children have the choice to take hold of their future - starting with the chance to choose you as their sponsor. For countless, urgent reasons, be chosen as a child sponsor today.