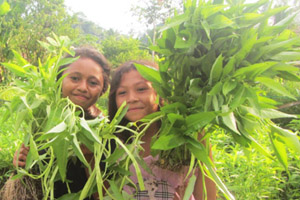 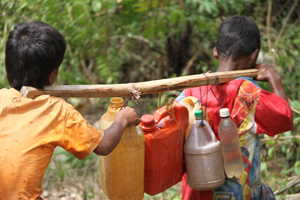 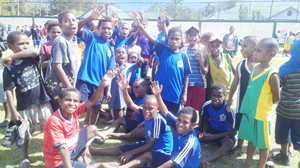 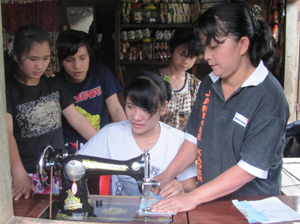 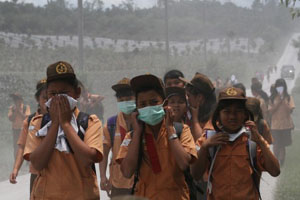 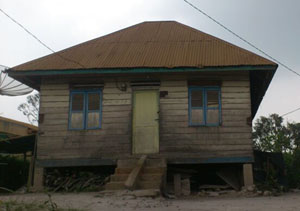 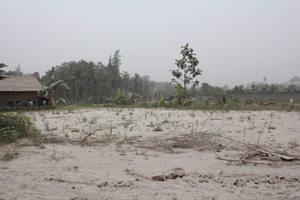 The condition by today in Kediri: ashes are still everywhere. Due to rain, it is more solid and reduce the air pollution. Authority already on the move by providing scraper which sweep out the ashes. 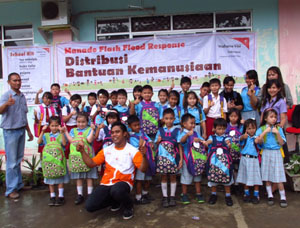 World Vision Indonesia distribute school kit to Soegyopranoto elementary school. At the same time, one of the staff of World Vision give counseling how to be ready when flash floods come. 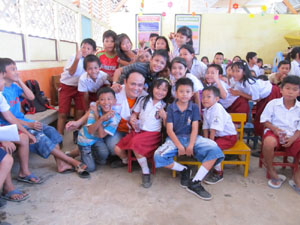 World Vision Indonesia, a humanitarian organization who focuses on children prioritized its effort to answer the needs in education and health. More than 2000 packages provided for kids and families are in distribution process starting Wednesday, 5 February 2014 at Dendengan Dalam and several other areas in Manado. 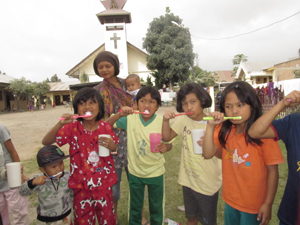 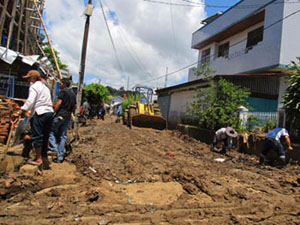 The government is working together with people from around neighborhoods ready to assist in the cleaning. Wahana Visi Indonesia, as a partner of World Vision still continues to distribute School Kits and Hygiene Kits for Family and Children in some locations. 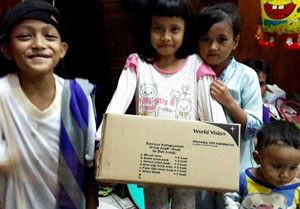 Due to the heavy rain that hit Jakarta since 12th January 2014, water inundating hundred of homes. In some places, the water reported to be as deep as 2 meters. The number of evacuees rises to more than 10.000 people. Wahana Visi Indonesia has started to channeling aid to the children, impacted by flood. 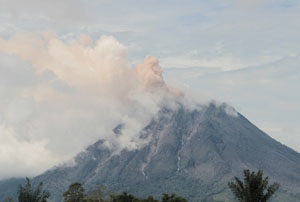 Government raised the status of Mount Sinabung, North Sumatera to red alert on Sunday 24 November. All people living in the radius of five kilometer from the peak of the mountain has to leave their villages and find safer places to live. More than 5,000 people have been evacuated from towns and villages in North Sumatera's Karo Regency since Mount Sinabung erupt in October. 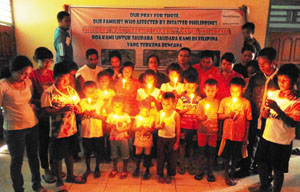 With prayers and sincere wishes to encourage friends in the Philippines, they sent inspiring words in unique way- using paper, crayons, markers, and even banners to convey their feelings.