In conflict, wars and disasters the loss of human lives is inevitable. In the majority of cases this loss can be averted. The story is the same in the Central Mali, where there rages a complex security crisis and ethnic conflict.

In the past, violent activities have been confined to the north of the country, but recent months have seen a slow yet destructive spread of violent activity to significant parts of the central region, rendering some areas inaccessible to both government institutions and humanitarian organizations based in the area. As a result, an increasing number of families are fleeing their homes due to inter-ethnic conflict and attacks on local authority and institutional structures. It is becoming more difficult for humanitarian organizations like World Vision to access these areas. The Office for the Coordination of Humanitarian Affairs (OCHA) updates indicate an increase in affected populations in Central Mali and estimates that 4.1 million people are in need of humanitarian assistance. The same update indicates 800,000 people are projected in Phase 3-4 food insecurity and 165,000 children are suffering from malnutrition in Central Mali. Despite the fact that the official death toll  is unknown, private media outlets speak of more than 1,000 in the central and northern regions.

According to the Head of Koro Health District, covering 16 rural communes, visits to the 25 local health centers, locally called “Centre de Santé Communautaire”, have reduced drastically by between to 50-60% since February 2018. "With the insecurity, routine vaccination campaigns at the village level have been suspended, affecting thousands of children under 5. Doctor Ibrahima Coulibaly, head of the health center in Koro, shared with me the real situation in February," said Dr. Coulibaly, looking distraught.

He adds that there is an increase in home deliveries, with pregnant women afraid to go to the local health centers, especially at night, due to the security situation. Moreover, Dr. Coulibaly shared that despite authorization from the district mayor for his medical staff in the 16 communes to use motorcycles for work, they are often threatened and held back at checkpoints set up by the Mali Army or by the traditional hunters, locally called “Dozos”. “One of my health agents was threatened after treating injured army officers.  He is currently here and can’t return to his post. A traditional midwife, locally called “Matrone”, was prevented from entering a village because she was accompanied by her colleague on a motorcycle. Mr. Boureima Warme, head of M’bana local health center since 2014," he said, pointing to his friend in the room, "was prevented from taking his own food rations on a return trip to his health center because one of the ethnic groups assumed that he was taking food for the other group,” Dr. Coulibaly lamented, seated in a chair at his desk.

"Currently my staff can’t do the routine home visits and there has been a 60% reduction of routine visits to the health center mainly by pregnant and lactating women and children under five years old."

With this conflict, medical staff fear the worst. After a brief conversation with Dr. Coulibaly, Mr. Warme shared details of the desperate situation in his own area.“I am the head of the local health center in M’bana inthe commune of Dioungani; my center covers 6 villages with a population of approximately 12,703 people. At the center I have one nurse, two traditional midwives and one community health agent. Currently my staff can’t do the routine home visits and there has been a 60% reduction of routine visits to the health center mainly by pregnant and lactating women and children under five years old. This group of patients are missing an important period of vaccination for the prevention of keydiseases like tetanus, tuberculosis, and poliomyelitis. Pregnant women and young mothers are not attending the pre-natal and post-natal consultations. Every child born outside the health center is at risk of contracting several diseases, because he/she is not receiving the BCG (Bacillus Calmette–Guerin) primary vaccine used against tuberculosis (TB),” says Mr. Warme, looking at me. 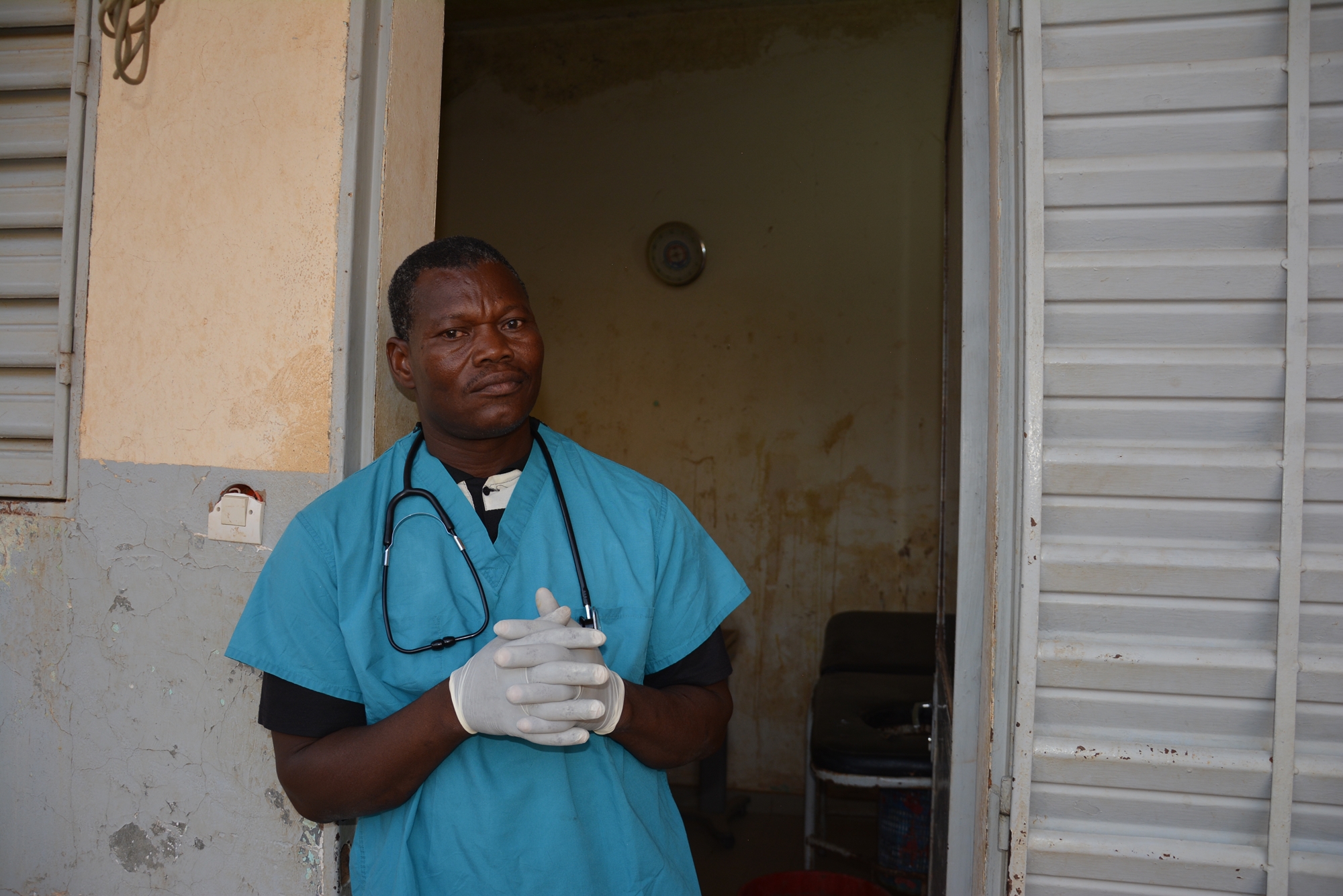 Mr. Warme added, “Last month only, registered 40 cases of severe malnutrition in children from 6 months to 5 years old. I also received 4 dead bodies of men due to gun wounds. If things continue like that I can assure you that the majority of the dead will not be directly related to the conflict. More innocent children and women will die, from the lack of timely medical assistance, than men will from fighting”, says Warme, rubbing his hands together.

The current health situation in Koro district is alarming and the number of deaths and incidents directly related to the conflict are grossly unreported. Mr. Warme confirmed that according to three village chiefs in his area, more than 100 men died in the ethnic conflict. This is an unofficial figure in only one of the 16 communes of the district; imagine how many orphans and widows are out there.

World Vision Central Mali response will reach 828 children suffering from malnutrition in the conflict areas through its health and nutrition program. Last month, 28 medical staff of the district received 3 to 5 trainings on the new CMAM (Community-based Management of Acute Malnutrition) model and 75 GSAN kits were provided to groups that support activities linked to nutrition, locally called "groupes de soutien aux activités de nutrition” in 75 villages in the conflict areas through community health centers. This activity will reach pregnant and lactating women and children under 5 in the conflict areas.

My encounter with the two medical staff committed to save lives in this conflict ended with a story shared by Mr. Warme: “Madame, one day a woman came to the health center with her two children suffering from severe malnutrition, and during their examination I asked the mother of the father’s whereabouts. The woman told me that their father was killed by gunmen while he was preparing the land for farming. The woman added that, when her husband saw the gunmen approaching their farm, he told her to go home to ask for help, but on her way home, she heard gunshots coming from the farm and at that moment she knew that her husband was murdered. When she arrived home, she found that two of her husband’s brothers were also murdered and her father in law as well.”

Believe it or not, you have the power to provide hope and a bright future for the widows and orphans of this conflict