Goal: Increase economic capacity of poor producers to provide well for their children in Kailali District

To equip traditional farmers with commercialised farming methods and thus having better reach to the local market, the 3PM project has been implemented in six municipalities and six Village Development Committees of Kailali district. The intervention provided guidance for increased economic capacity of poor producer groups.

The initial 18 months was more focused on preparatory work: building capacity of producers’ groups on production skill and knowledge, and the following 12 months had been more focused on marketing and building relationship between the market actors and service providers. A lot of changes have been observed in production, marketing and producer-market agent relationship. As of now, 50 producer groups out of 89 groups that were formed through the project have become commercial and 37 of them have become semi-commercial. Additionally, six collection centres have been set up throughout the district. Market literacy class, which is a new intervention for producers, was conducted in 31 producer groups; 748 producers have become generally literate on marketing and informal education from the classes. As a result, vegetable production has increased by 90%, vegetable sale has increased by 66%, average gross revenue from vegetable sales has increased by 78% as well.  The project has been working for the market promotion of the producers due to which 42 mini trucks of vegetables have been delivered out of Kailali district in the project duration.

The major achievement of the project has been being able to reach 2027 traditional farmers with skills required to fulfil the needs of the local market. Farmers, who once used to produce merely a few kilogrammes of produce now have an increased yield and regularly supply to the market. Moreover, functioning in groups have made them better in taking up leadership roles and being more organised that is evident through the record-keeping and division of work within the groups.

In her lush paddy fields, Parvati Chaudhary is self-sufficient.

A woman from rural Kailali who once used to shy away from introducing herself is now tending a 1.25 acre farm and supporting her family of five. But it wasn’t that easy getting there.

As a country trying to break away from abject poverty, agriculture has been Nepal’s chief source of income for centuries. But with traditional methods, productivity is still meagre when compared to the numbers engaged in agriculture. Positioned at the bottom of this food chain are women farmers like Parvati who suffer twice as much by having to manage their households as well as having to face an unsupportive family.

THE BEGINNING OF HOPE

Such was the situation for Parvati when she first began taking part in the trainings organised by World Vision in her community. Parvati learnt how to preserve and produce hybrid seeds domestically, sustain the life of her plants by staking them, use fertilisers, learn the basics of market dynamics and record the data of her supplies and income. As she started putting it into practice, her production picked up pace; what was slow was getting the nod of approval from her family members especially her husband who thought she was wasting her time. 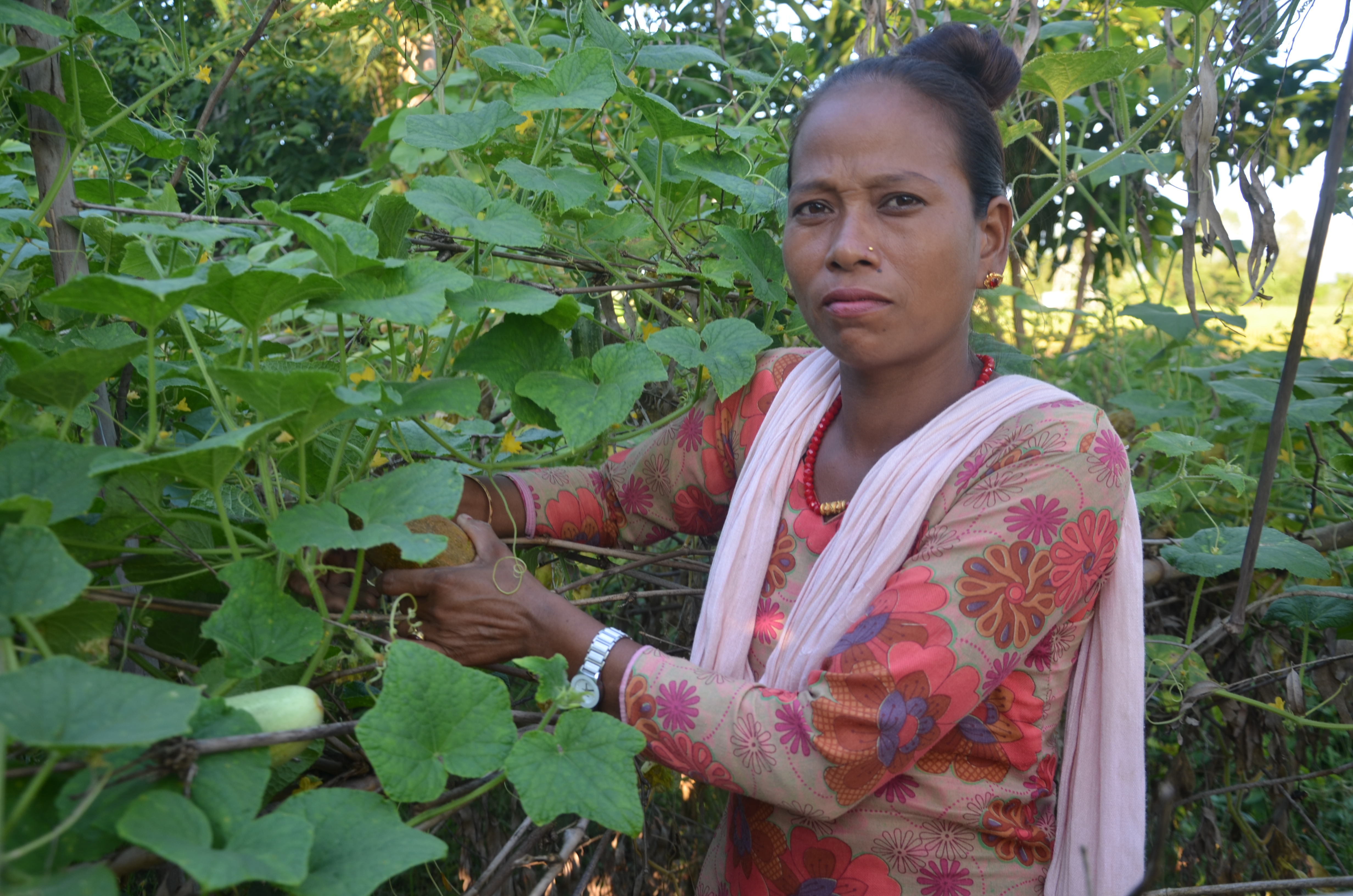 POWER TO THE PRODUCER

After attending the market literacy class, she was determined to do her part to approach the local market. With the assistance from local facilitators and fellow farmers, she  met market agents and discussed the process. She had to transport the vegetables to the market either on a cart or with a bicycle. With time, a sense of trust has been built between Parvati and the agents. At present, the sellers come to take produce from her. “Following the increase in demand, I have been regularly supplying the vegetables to 12 market agents this year. I am a producer and it thrills me to know that I am valued,” she beams. 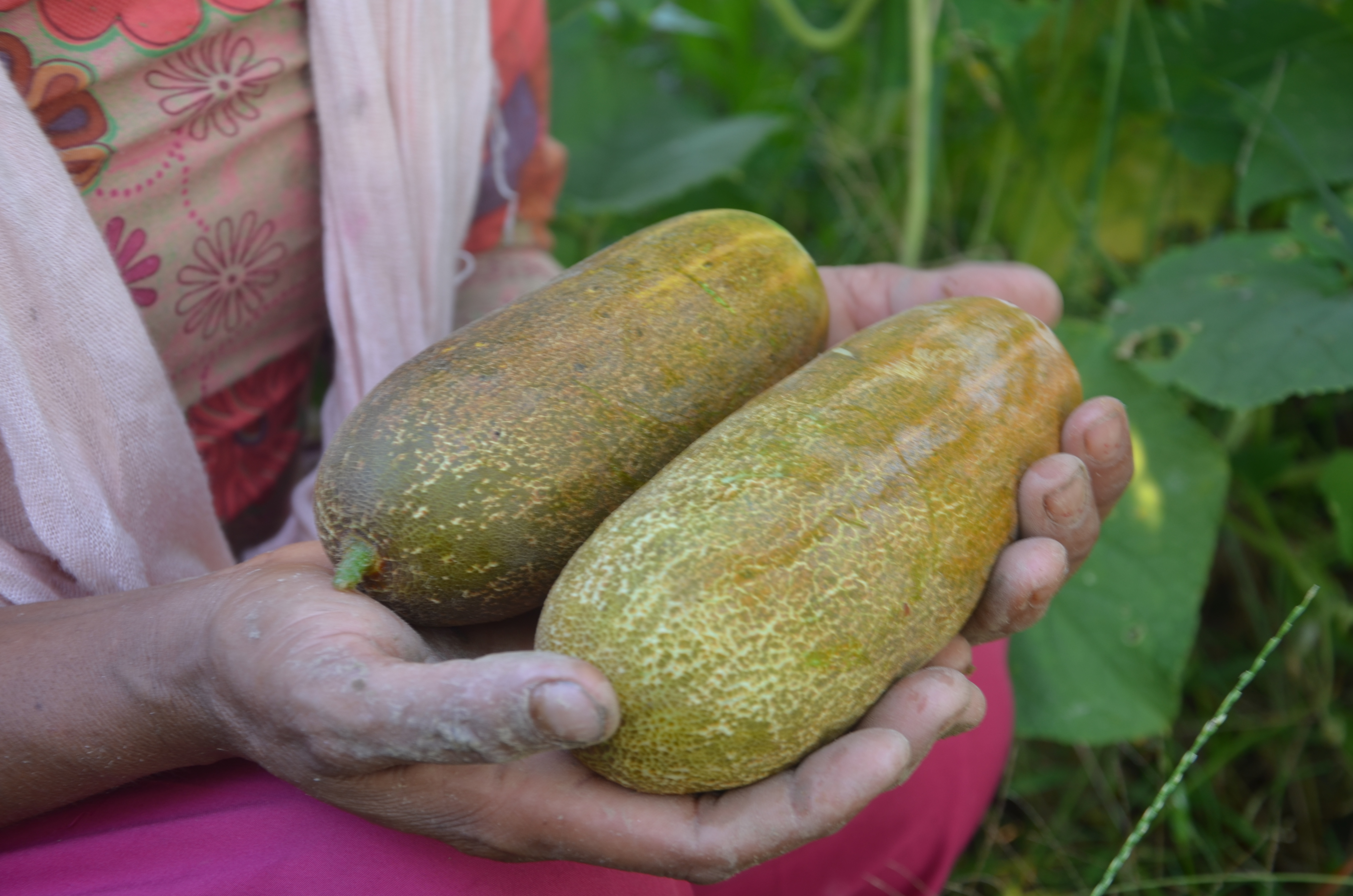 It was only after she managed to save around NRs 3 lakhs (equivalent to $3,000) last year that she noticed her family’s attitude was changing. “My husband started giving me a hand in my market dealings and told me to carry on with my good work; I couldn’t be happier,” she recalls. In fact, she was earning more than what her husband was from his hardware shop. “It has been easier lately to manage the household expenses now that we both are contributing,” shares Parvati. 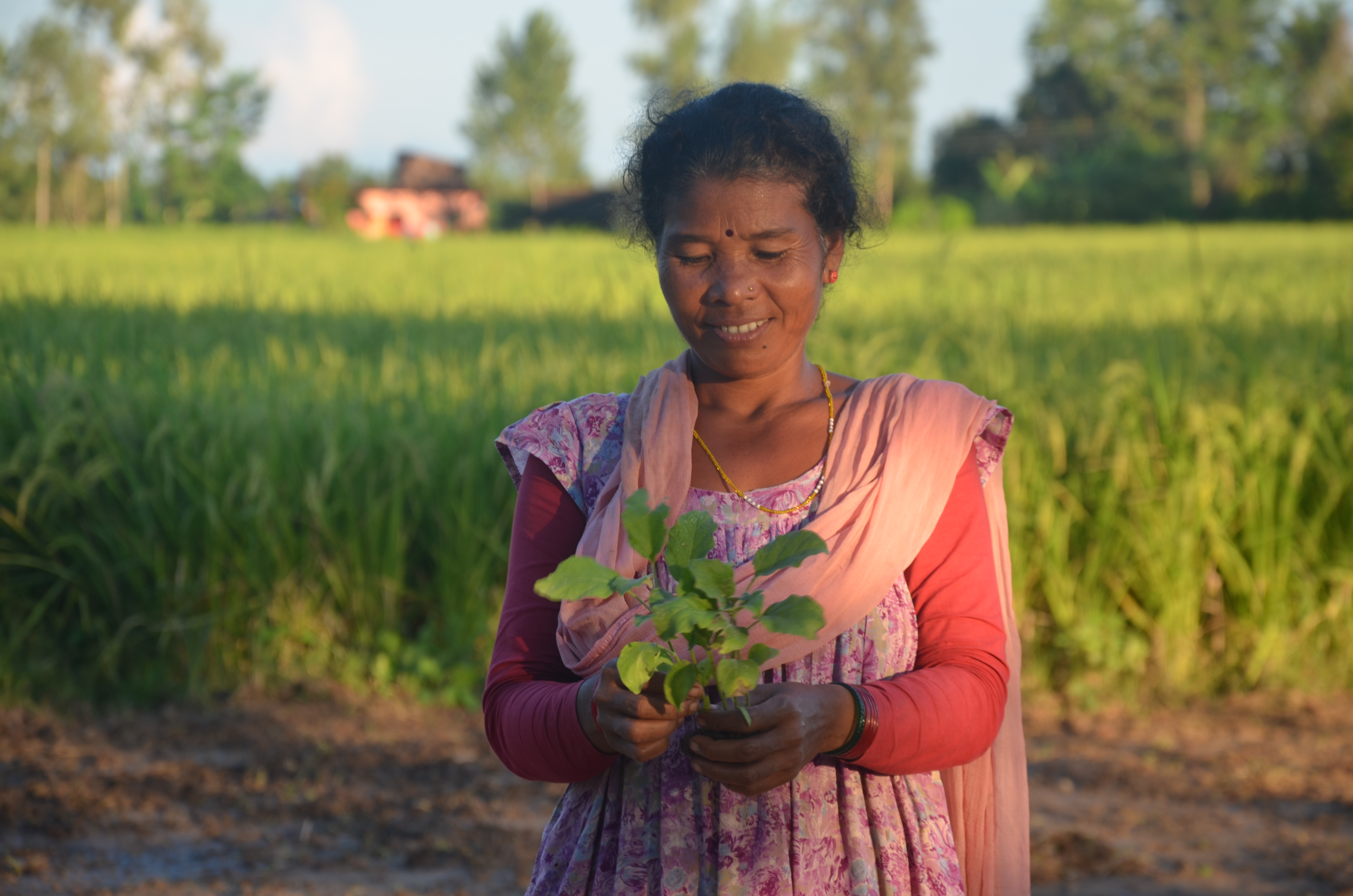 Living next door to Parvati, Shanti Chaudhary has a similar tale to tell. Initially, her family was sceptical about her endeavour as they thought they were doing okay without it. But with Shanti’s increasing strides towards commercial farming, she has been able to educate herself and her family about being more productive. That combined with her regular supply to the market and the doubling of their income has helped her family to accept why she chose to go commercial in the first place. With her savings she is now hoping to build a better house to replace their existing mud mortar structure.

INFLUENCING OTHERS TO STRIVE TO DO BETTER

In a closed community like Parvati’s, there is nothing that goes unnoticed; especially an instant success. Influenced by seeing the progress in Pavitra’s life in the past two years, several others from her community, especially women, have been motivated to follow her. “Four-five people started extensive farming after I did. Time and again they come to me asking for tips,” shares Parvati.

Parvati has no doubts that she made the right choice. She looks forward to expanding the farm to 2.08 acres shortly. “I hope to own a huge vegetable farm here one day,” onlooks Parvati.

In Nepal, for every 7 men involved in economic activities, only 5 women are similarly engaged, according to the Central Bureau of Statistics 2009 findings. World Vision hopes to contribute to the raising of this statistic by empowering rural women like Parvati and Shanti to become a part of their local market chain and provide better for their families.