“When I was rebuilding my house about a year back, transporting construction material was a huge challenge. I had to walk up to an hour to bring down one sack of cement; working for a whole day in this manner, I would be unable to get up the following day due to fatigue,” shares Kam Singh Tamang, a local of Gairigaun, a small village in Nuwakot. 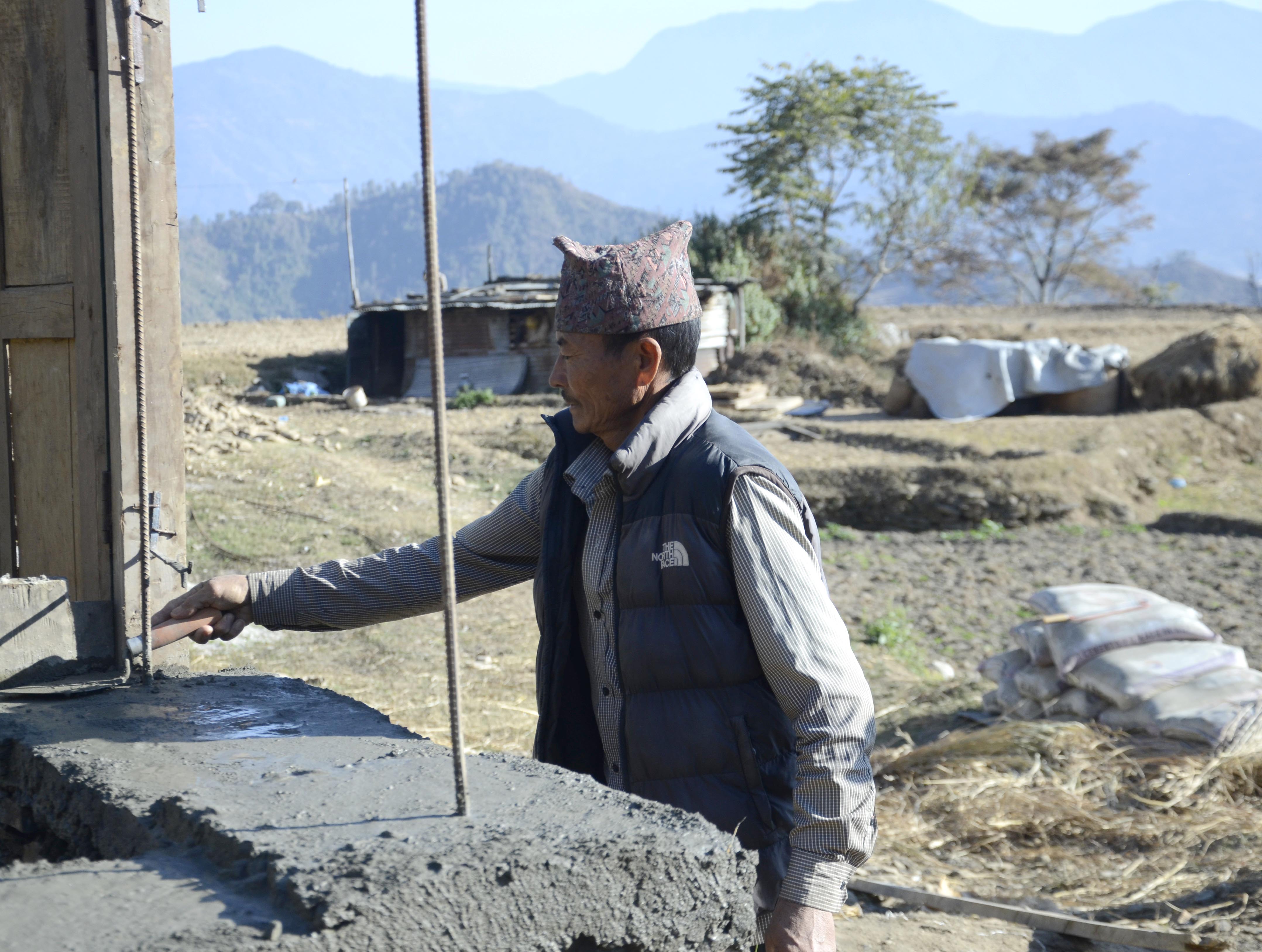 Like many worst-affected areas, Gairigaun’s roads were damaged and disrupted by huge rocks falling over after the devastating earthquakes in April 2015, depriving its locals from their convenient access to the local market. Due to this, it was impossible to even bring aid materials to the village; they had to make a long journey in order to receive it. The following years told a similar story.

More than a kilometre of road has been rehabilitated, linking Gairigaun Village to Marthum, the local market. The road was repaired through a Cash for Work programme where 53 villagers worked for two months. Kam Singh was nominated as the Chairperson of the Road Rehabilitation Committee. In his role, he oversaw that the road repair work took place smoothly. 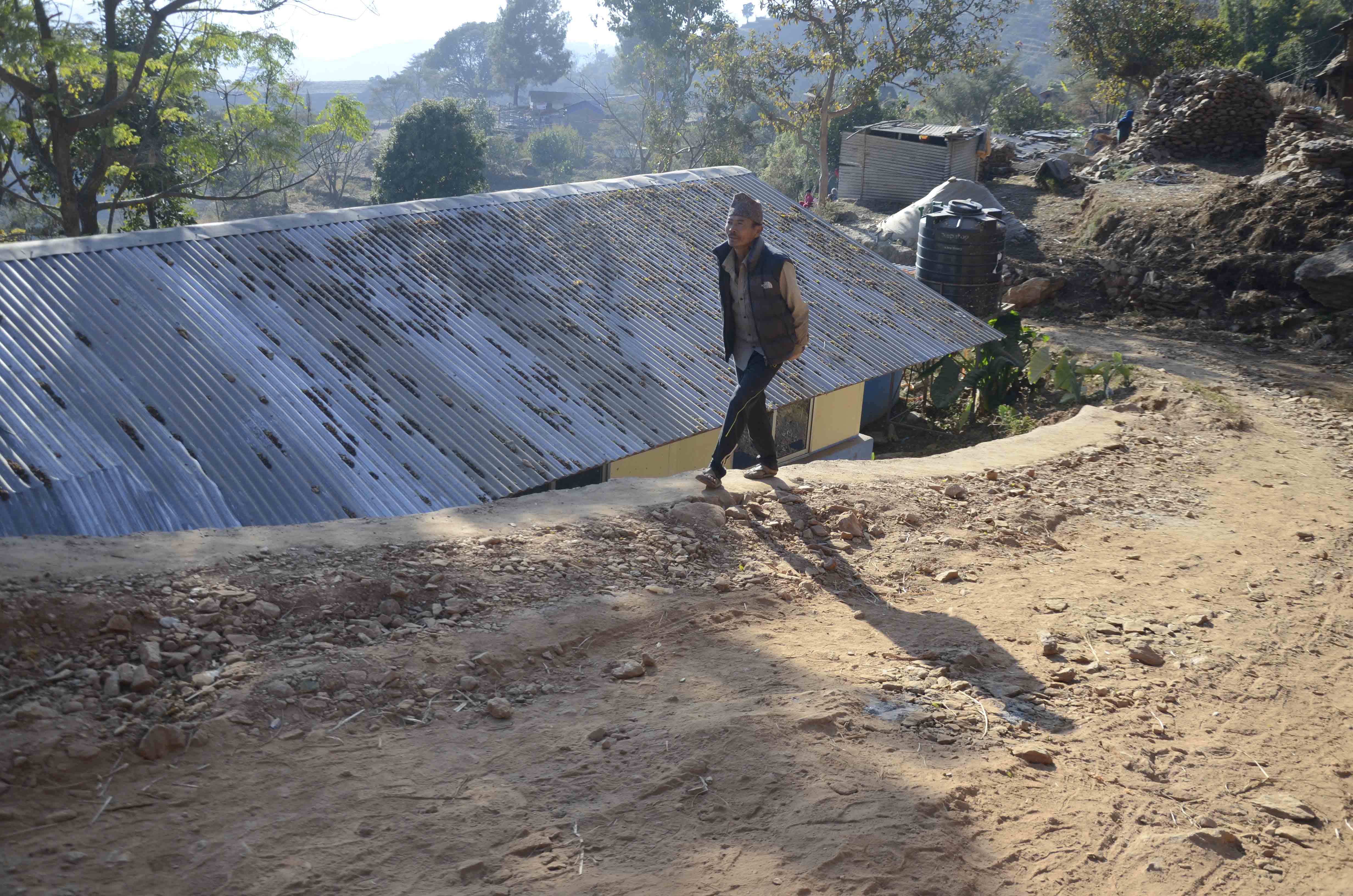 Following this, locals have been able to easily transport their produce such as cauliflower, raddish, millet, maize, etc to the market saving their time and energy and fetching a decent amount of profit. Kam Singh, also a poultry farmer, plans to expand the amount of the chickens in his farm, since the repaired road will make it much easier for him to transport his chickens and eggs to the market in order to sell them. 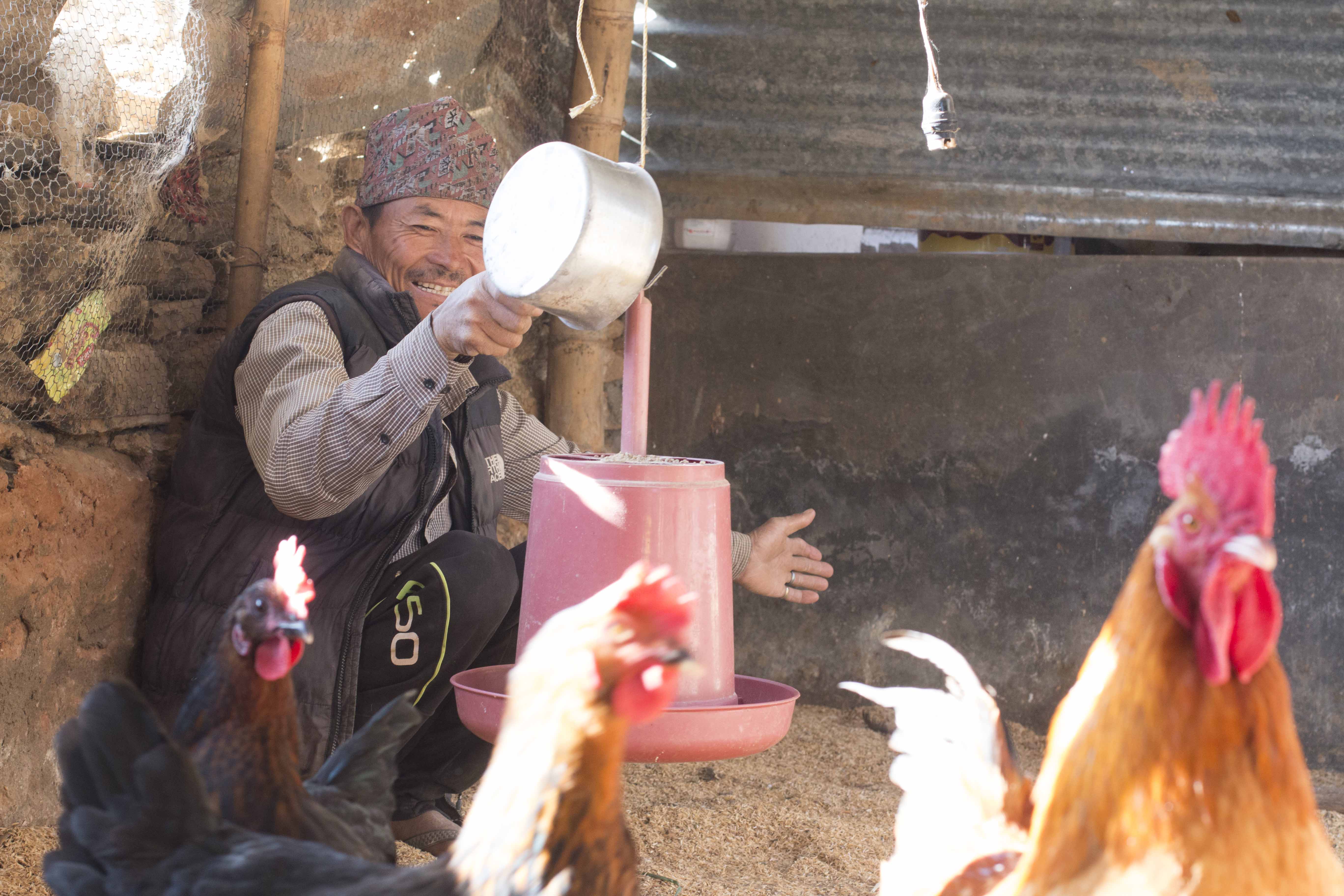 Not only has the road connected the villagers to the market, but it has also brought the children closer to their schools. For more than two years, most of the children had to walk for four hours to and fro from school; now they have the option of taking the public bus, which arrives every day at their doorsteps.

Additionally, access to health care has also been made easier after the construction of the road. Villagers are confident that in case of a medical emergency, they will be able to receive timely medical attention by calling an ambulance or transporting the patient via a motorcycle. 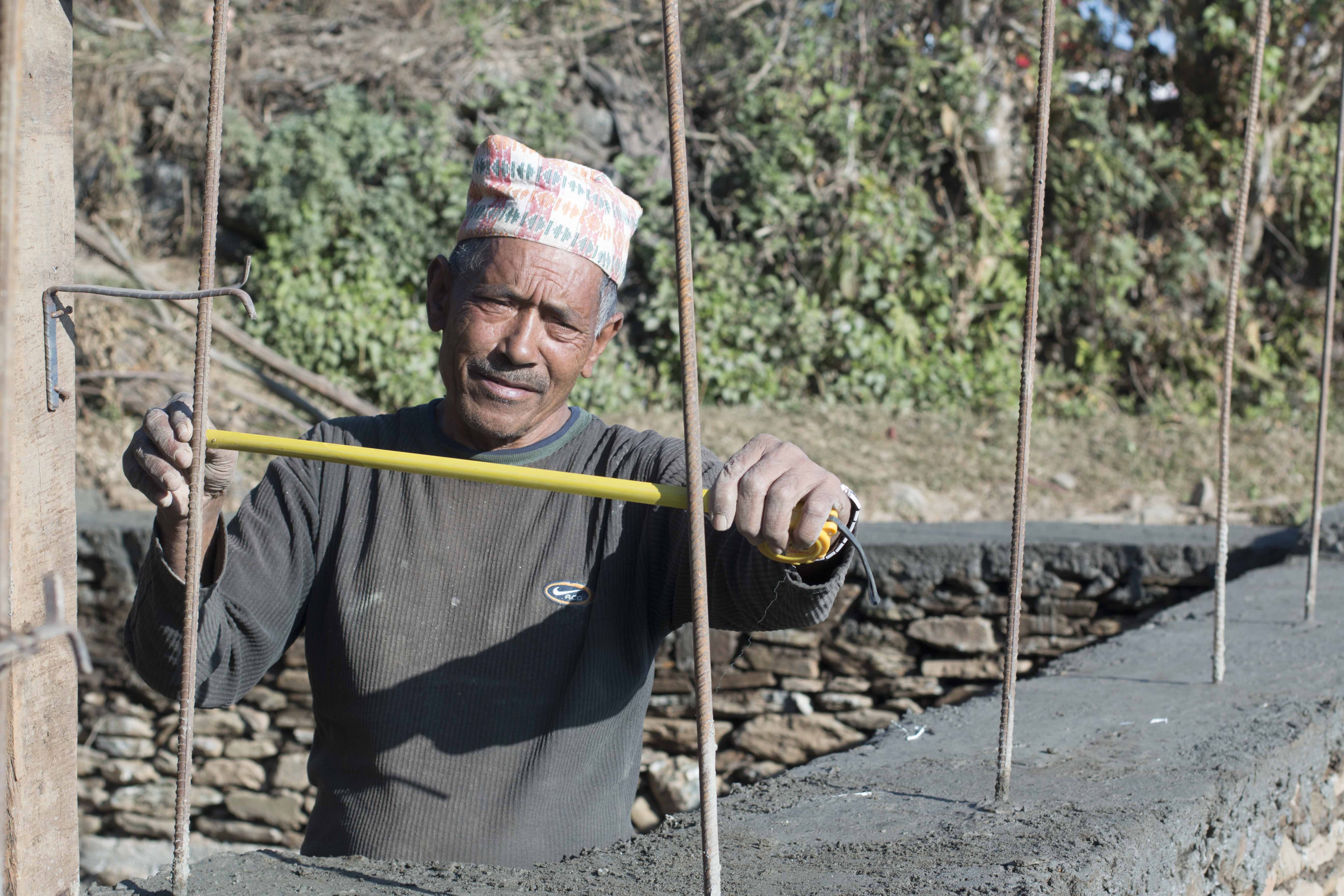 71-year-old Chandra Bahadur gathered courage to reconstruct his damaged house only after the road was repaired. “I saw other people going through a hard time when they were rebuilding their homes and I did not want to go through that. Using mini trucks to transport construction material to the construction site, it has been much easier for me and I hope the construction work will be over soon,” he shares.

While Kam Singh’s house took more than three months to be completely constructed, people who rebuilt their homes after the road was rehabilitated have been able to complete theirs in much lesser time - even within a month. Kam Singh and his fellow villagers are grateful to be reconnected to the outer world through the repaired road. They plan to keep the road in good working condition and repair it in case of damage with support of local government bodies. 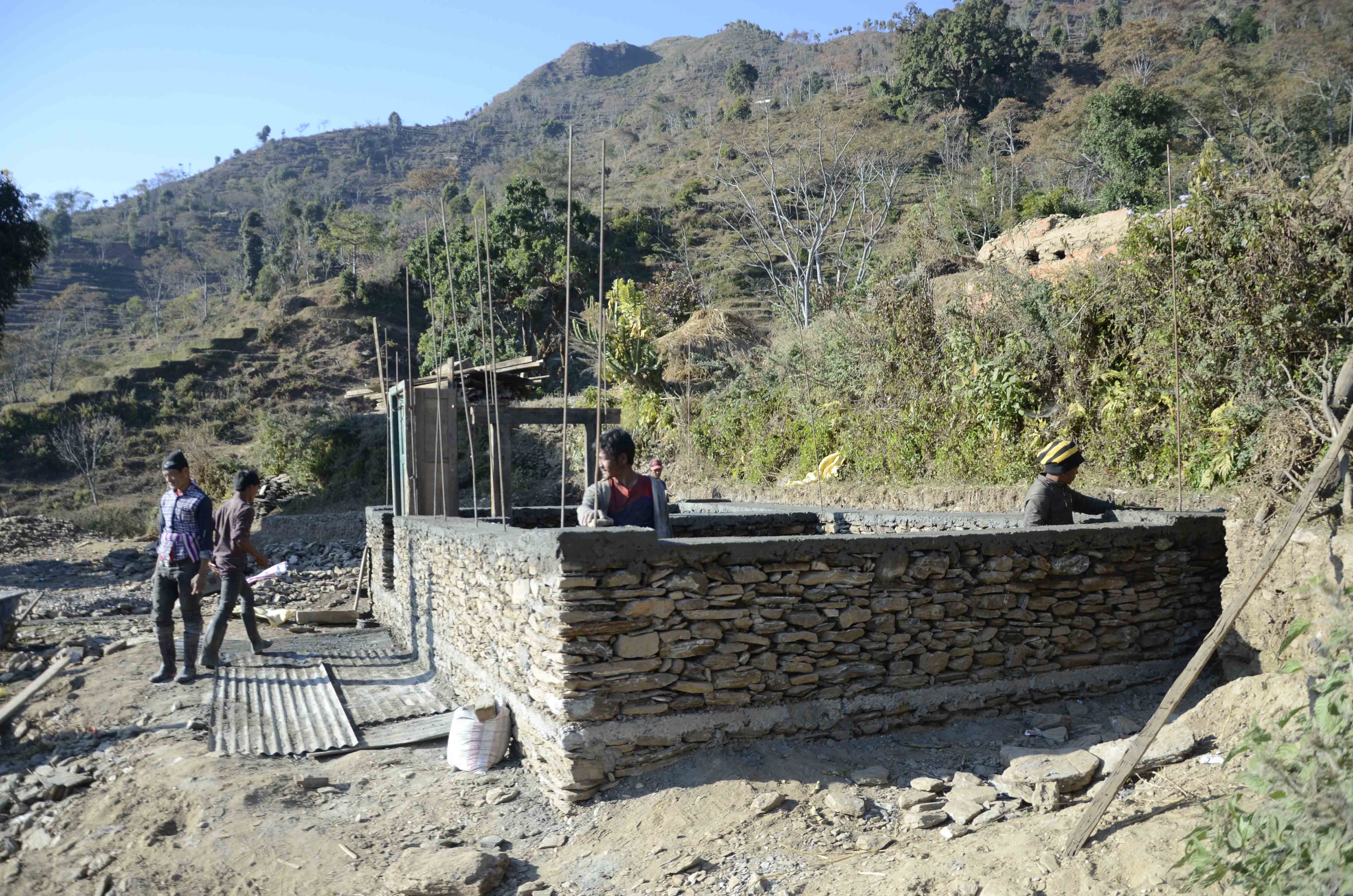 Like many remote villages located in hilly regions of Nepal, Gairigaun faces a lot of challenges - thankfully due to the road that has been repaired, access will not be one of them.