For more than 20 years, World Vision Niger has been working in numerous communities in Niger -- particularly in the areas of food security; health; education; water, sanitation and hygiene; and humanitarian assistance -- in close collaboration with government institutions. In 2015, World Vision celebrated drilling its 1000th borehole on Nigerien soil.

Mr. Albert KODIO who received the prize for this first year, recalled that this award was one of the greatest distinctions that the organisation has received since the beginning of its interventions in Niger. He also thanked the Government of Niger for its commitment and support, and congratulated all his colleagues for their efforts. He then dedicated this trophy to the most vulnerable children of Niger, a privileged target of World Vision, who are at the heart of World Vision's global strategy called ‘‘Our Promise 2030’’.  He also devoted it to all the women who are constantly with these children, mostly in remote and difficult-to-reach areas of the country. 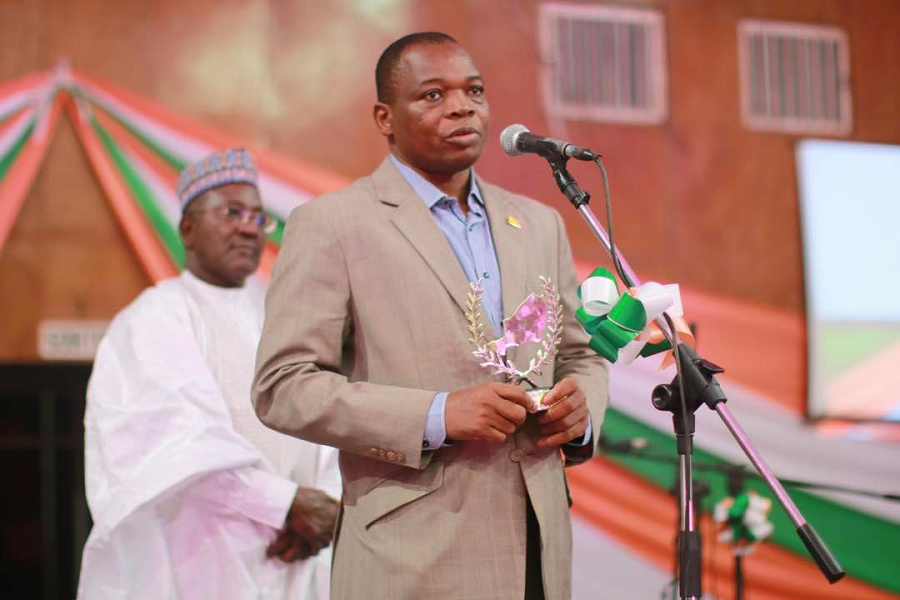