“The Langue de Barbarie is under threat from the advancing sea,” President Macky Sall has declared. 440 dwellings are impacted by coastal erosion, the first victim of which is the Langue de Barbarie, a spit of land with national park status situated between the Atlantic Ocean and the river Senegal. Homes and schools have been swept away and hundreds of people have been forced to leave the area. The district of Guet-Ndar is one of the worst affected by the phenomenon, which is a menace to their way of life and especially the future of their children.

The victims have been relocated and rehoused by the authorities at the site called Khar Yalla ('Waiting for God' in Wolof) on the road to Richard Toll, 5 km out of St. Louis. 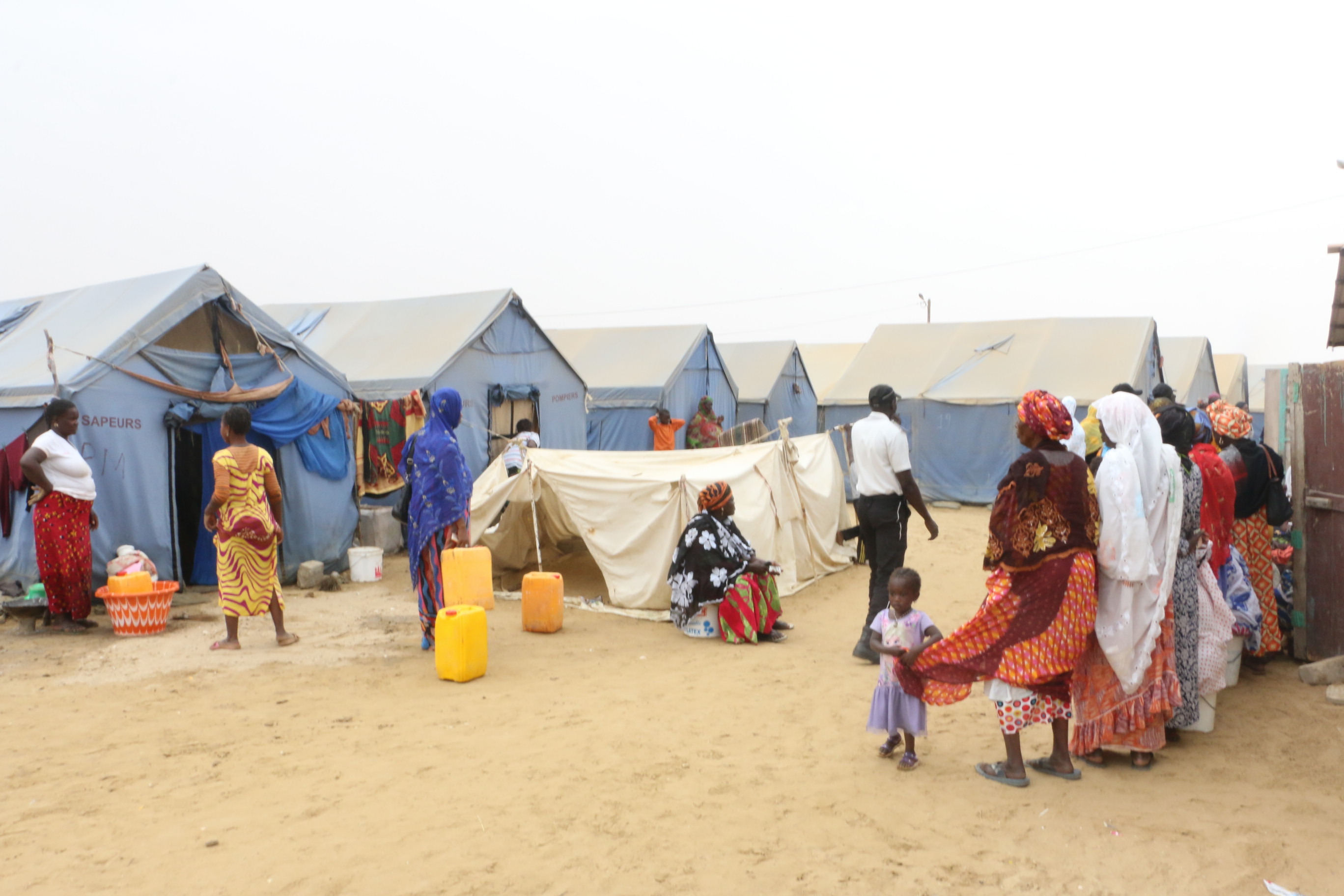 The response of an emergency relief is an important part of World Vision mission approach. So to alleviate the suffering of Guet Ndar's displaced inhabitants, World Vision has organised an emergency initiative in partnership with the Departmental Service of Social Action, the Prefecture of Saint-Louis and coordinators for the Guet Ndar victims. The purpose of this intervention was to provide humanitarian assistance to people who have lost almost everything.

Having firstly worked with the Prefecture and local authorities to identify the eligible beneficiaries and issue certificates of payment, World Vision representatives went to Khar Yalla 6-8 June 2018 to make a pay-out to internally displaced persons. On presentation of this certificate, the head of a family or appointed deputy was able to receive a sum of money. This on-site distribution provided financial assistance ranging from 20,000 to 80,000 F CFA for each household, reaching a total of 86 households and 610 beneficiaries. The total value of the operation was 6,090,000 FCFA.

The distribution succeeded in its objective to help displaced families severely affected by the crisis and contribute to the well-being of children who are the most vulnerable in these circumstances. Local people and authorities have not failed to reiterate this success.

“Under the auspices of the Prefect of Saint-Louis, World Vision and the Departmental Service of Social Action carried out a census of beneficiaries and then proceeded to distribute this financial aid, which has arrived at a most welcome moment. This will bring great relief to people who are living in difficult conditions and have lost their livelihoods dependent on fishing. Others have sick people to think of, who they can now look after with this money as well as getting prepared ahead of the lean season,” stated Mme Sy, Head of the Departmental Service of Social Action.

Visibly very happy to receive the help, the displaced people of Khar Yalla have not failed to express their satisfaction and to thank World Vision and its partners for their immense support.

As Mamadou, who is a Guet Ndar resident and married with three children, testifies: "I came to Khar Yalla because of the coastal erosion that took away our home and belongings. I lost everything there, I only came with my family. It is quiet here, but we have had a lot of difficulties meeting the needs of the family. I have my wife and three children to think of. With this donation, World Vision has just taken a weight off my shoulders. It is an invaluable support that will really help to take care of the family and especially of my children who are dependent on me”.

Another person relocated to Khar Yalla, Anta, says that this is the second time she has benefited from the assistance of organisations and benefactors. Previously she had received the hygiene kit which had come in very handy. Receiving this financial injection, she said she was very happy at World Vision's arrival on the scene, just when money is tight because the fast-approaching end of Ramadan and Korité (Eid-al-Fitr) celebration. This has come as a very pleasant surprise to her.

Awa, another uprooted resident who has been included in the scheme, tells of her own misfortune. "Words fail me to thank World Vision. The erosion took everything I had. I came here only with a couple of bags. This financial assistance will be very useful for feeding the family, and above all taking care of the kids. I am alone with the children while their father is out fishing, working to support the family. He's at sea for up to four days at a time, which creates its own issues, and just now things are not too easy out there. He will also be very happy to hear that we have received some support from World Vision," she confided.

When the rainy season is just around the corner it gets difficult to buy certain foodstuffs, because of price hikes and also the difficulty of access to surrounding villages. World Vision's aid will enable these households to meet their daily food requirements and possibly stock up for the lean season. 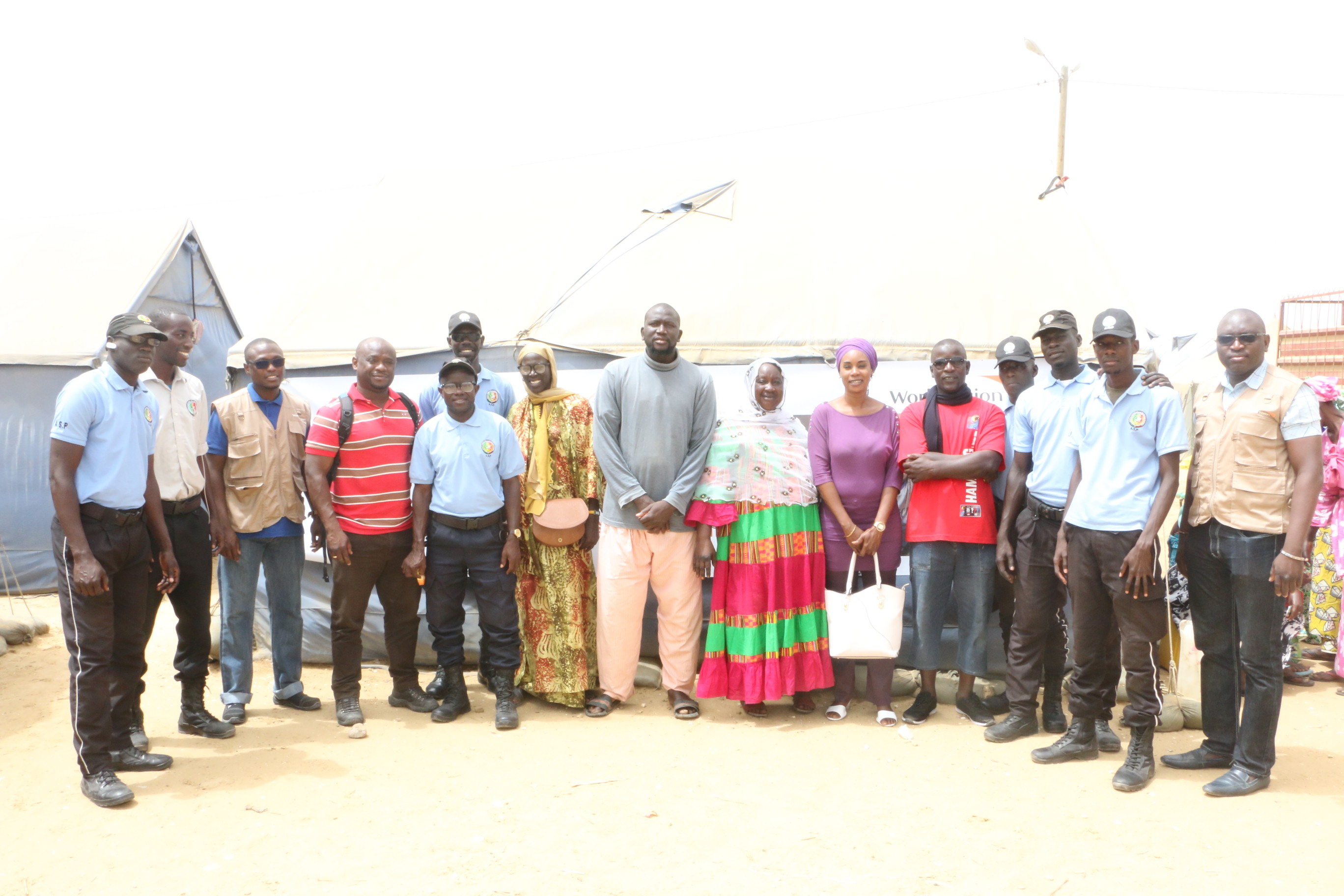 To finance this aid, World Vision drew on the National Emergency Preparedness and Response Fund (NEPRF). These funds can be released for urgent emergency response needs where the lives and dignity of the affected population are under threat.

Through his emergency program, World Vision prepares vulnerable communities to deal with hazards and crises through prevention and measures to mitigate risk. World Vision can them provide them with short-term, one-off assistance to meet immediate needs such as food, shelter and medical care.