In spite of the fact that she has not reached the legal age of majority, her parents intended to make an innocent girl a victim of early marriage. Tamanna, 13, who lives with a mental disability, resides in peri-urban Herat with her parents, four sisters and two brothers. Her father is the only breadwinner and transports goods to meet the basic needs of the family earning US$1.30 per day.

“Tamanna is my oldest daughter and she needs more care as she is living with a mental disability which started from her early ages,” says Arefa, Tamanna’s mother, who is 42. Due to the challenging economic conditions, the father decided to marry off Tamanna.

“Our neighbours convinced Tamanna’s father to marry off her to save the rest of the family from hunger,” says Arefa. After a few days, they learnt that there was a family which was requesting Tamanna for marriage, however, no one from the family had met the ‘to be groom’, “My husband met and agreed on a bride price of $900 USD. After the conclusion of the bride price negotiations, I met the groom’ and I noticed he also had mental health challenges,” says Arefa. Tamanna’s father and the groom’s family accepted the situation and decided to marry off Tamanna and this was concluded by a small ceremony with a few guests.

“I washed my daughter and made her ready for this [Nekah], and the agreement was done,” says Arefa. If the groom family does not pay the bride price, they cannot take the girl to their house. This provided hope for Tamanna’s future. “I went anywhere, shared my concern and asked for help,” says Arefa, recognizing that this was her only chance to prevent her daughter’s childhood from being stolen.

A Community Change Group from World Vision was informed about this case and along with community Shura and faith leaders, the group went to Tamanna’s house to intervene.

“When we heard about Tamanna’s case, we conducted a meeting together with the community Shura and faith leaders. Afterwards, we went to their house and advised her father that marrying off Tamanna was not the solution to their problem. We educated him about the child rights, the harmful impacts of child marriage and the legal age and criteria for marriage,” says Esmail, 23, a member of the Community Change Group.

They were able to convince the family to terminate the marriage agreement.

According to Esmail, “Now a large percentage of the community people consider the importance of child rights and they are willing to work together with us [community change group] to end child marriage. The people’s support is effective in this way.”

When Arefa has her daughter, she has everything. “I am happy that my daughter is with me, I can feel her situation and can give her as much love as no one else,” says Arefa. 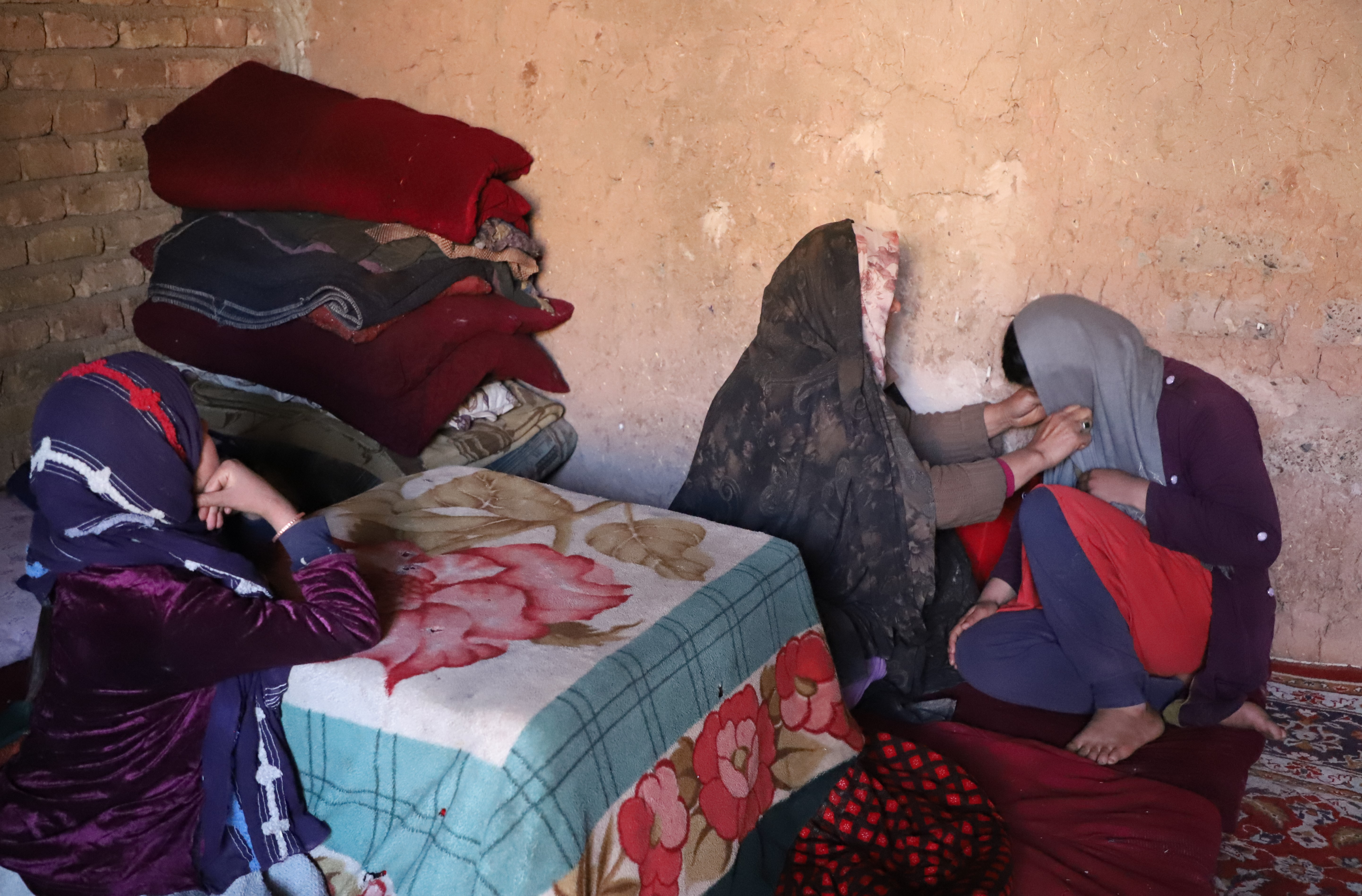 Five Community Change Groups, consisting of 30 females and 45 males in peri-urban Herat have been trained about child rights and their protection. As agents of change, they work as volunteers to transform cultural norms, attitudes, and practices underlying child early and forced marriage in their respective communities.

COVID-19 has contributed to increased physical and sexual violence, child abuse as well as child labour. For displacement-affected communities, already at high risk of child protection concerns, the shocks of the pandemic have left families and communities struggling to cope, often turning to child marriage and child labour to combat the loss of livelihoods. Child marriages are illegal but widespread in Afghanistan, with one-third of every girl being forced to marry. At the start of 2020, it was estimated that about a quarter of Afghan children between the ages of five and 14 were engaged in work. It is estimated that these figures will further rise, as vulnerable families continue to experience the harsh socio-economic impact of COVID-19.

Thanks to World Vision Singapore for their generous support.