When Juliet was 15, she was excellent at maths and aspiring to become a nurse one day. Then she got married.

Juliet’s parents were out of town when a neighbour in her village in rural Uganda talked her into marrying a man she barely knew, who was 10 years older.

“I thought that with him life would be good,” she says. “The neighbour convinced me that the family was rich and that he would provide clothes, food — everything — for me. And I thought, ‘I can take care of him.’”

But, as soon as the wedding was over, Juliet’s new husband took her to live in another district, separating her from her family who had no idea where she was. Suddenly, she was isolated and alone. 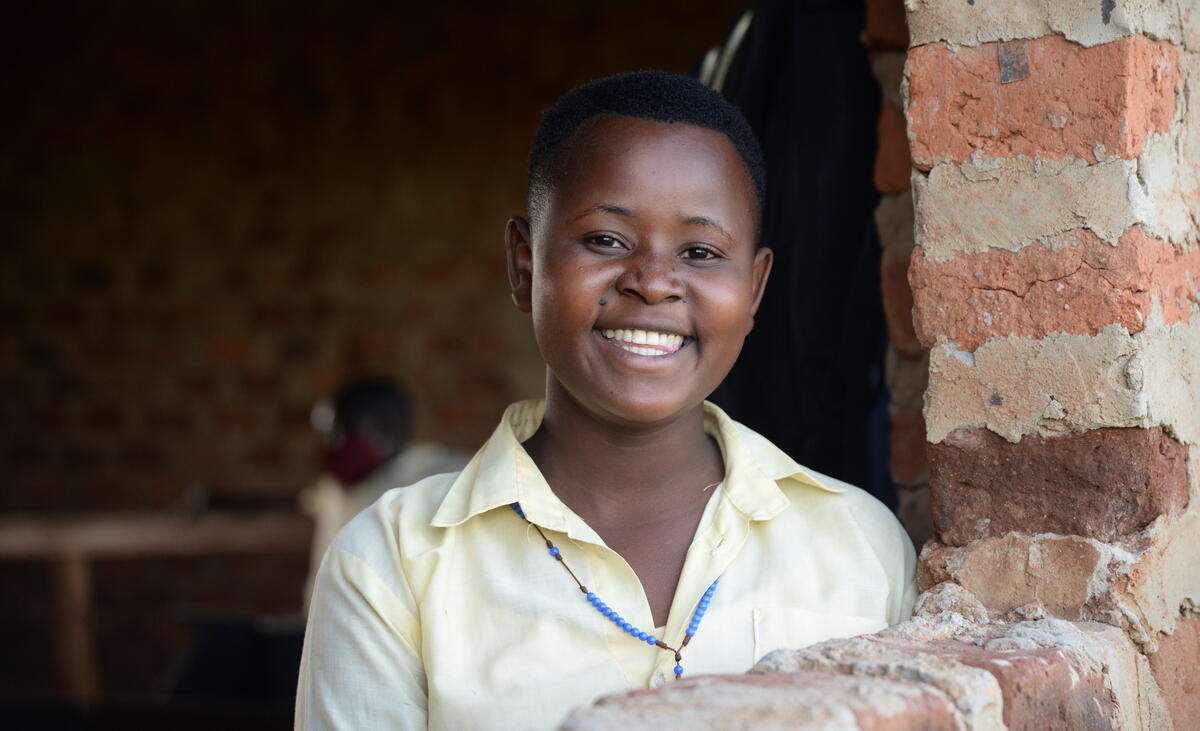 Heartbreakingly, Juliet's situation is not unique. One third of Ugandan women are married as children. In Juliet’s hometown, girls as young as 12 drop out of school to get married.

Now, more than ever, marriage feels like the only option for many girls since the COVID-19 pandemic forced schools to shut for more than a year at the same time as many families fell into an abyss of poverty. The hard reality of struggling to find food for each day has evaporated many girls’ dream of finishing their educations, and getting married seems like an easy way to a better life. At the same time, many parents encourage their teenage daughters to leave school and marry because of the common practice of dowry payments, which men traditionally pay the girl’s family in exchange for their wife.

“It happens often because they don’t feel loved and supported at home,” says Margaret Ayebazibwe, a World Vision child protection officer in Uganda. "Instead, they look to a man to love and support them. School girls envy their married peers who get lots of attention as well as gifts, new clothes, and often babies.”

In Uganda, school dropout rates among girls are much higher than boys, with marriage, pregnancy and financial constraints the most common reasons girls give for leaving.

When Juliet realised the trap she’d fallen into, she didn’t know what to do. “I like school very much, so I was sad,” she says. “I insisted that I wanted to go back home. I didn’t want to be married anymore.”

Though Juliet didn’t know it, people in her community were already looking for her; working together to bring her home.

Leading the effort was Juliet’s father, Claver Saturday, who is also a member of World Vision’s community child well-being committee. Thanks to his training, when he realised his daughter was missing, he knew what to do.

“We were trained on child protection by World Vision, including how to end a child marriage,” he says. “We may be poor here, but my daughter was not going to find a better life there. Without education, she would end up poorer and unable to afford the basics.” 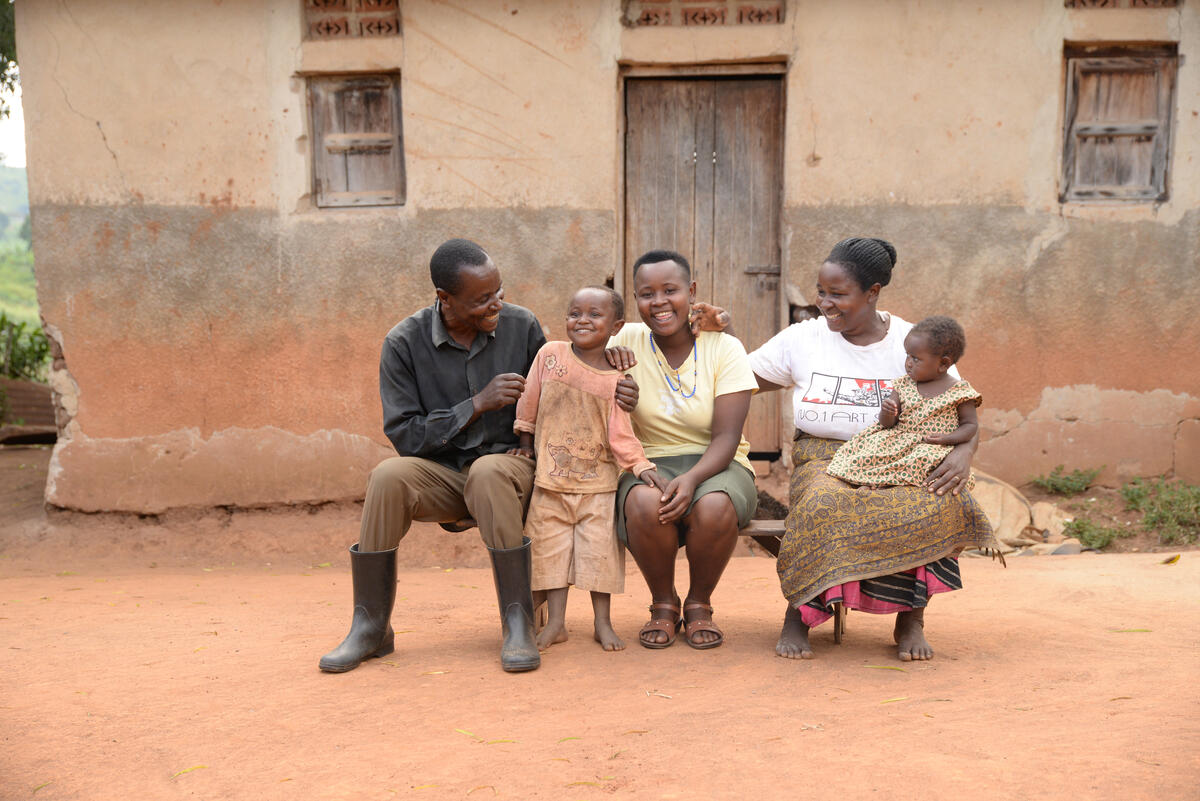 Claver worked with the child protection committee and Juliet’s friends to find out the man’s name and track down their location. He then filed a case with the Uganda Police.

Together, they located his daughter and were able to annul the marriage. “When they came to get me, I realised how much people care for and love me,” says Juliet, smiling through tears.

Since Juliet’s rescue, Claver has turned his attention to changing the mindsets of other parents who are tempted to sell their daughters into marriage to make money from the dowry. Along with other members of their community child protection committee, he is working to make sure everyone in the community understands the damage that child marriage does to girls’ health and future by pushing them out of school and into early motherhood.

Juliet is now back at school, though the family still struggles to afford school and during the rainy season and Juliet sometimes has to work with her parents. But, Juliet also has the support of a child sponsor, who gives her the help and encouragement she needs to remain committed to her studies.

“A lot of people encouraged me to go back to school,” says Juliet. “It gives me courage. If I’m educated, I can help my family. I want to achieve because these people see me as a champion.” 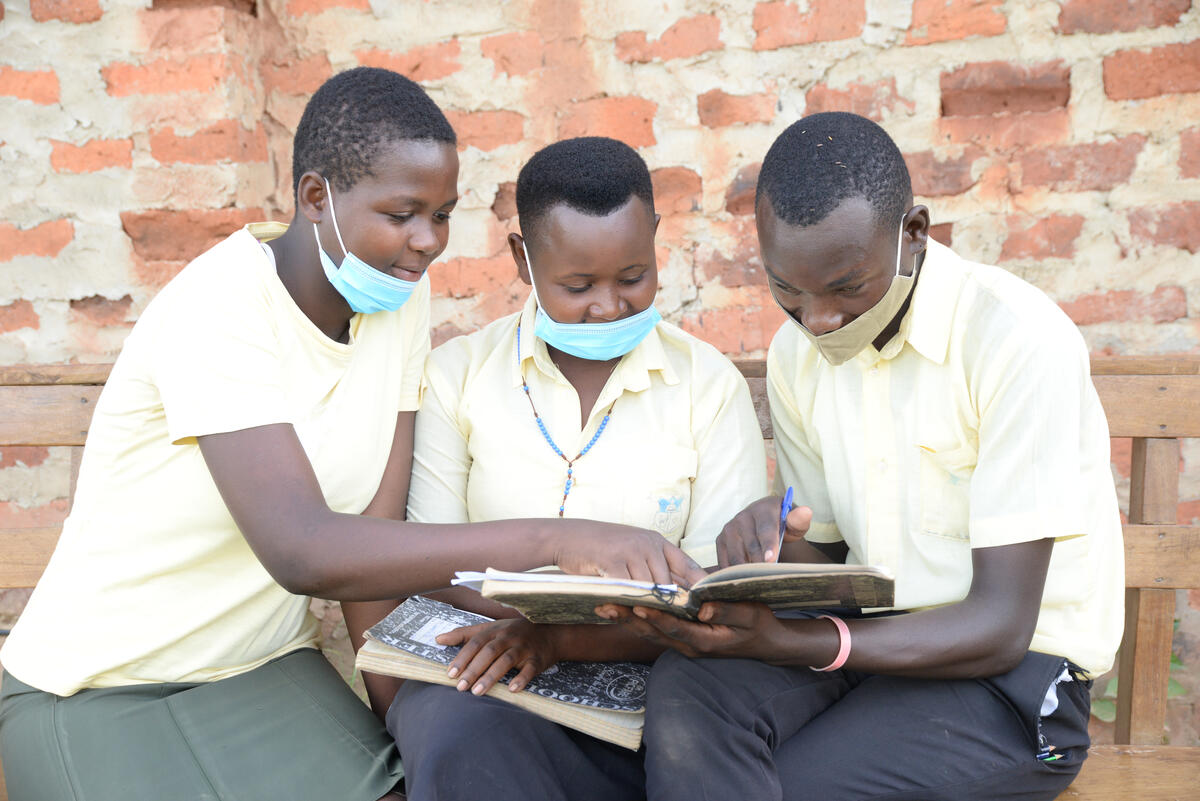 For girls like Juliet, the chance to stay in school can determine a path for the rest of their lives. Education provides the tools not just to change her future, but also the future of her community.

“I look at the female teachers and nurses and think, ‘They were once girls like me.  I see that they treat everyone kindly, with care and love. I want to be like that,” says Juliet.  "What I want to tell other young girls is not to just go with it because getting married seems like an easy way out or romantic. Go to school! That's the only thing that will give you opportunities in the future.”

Right now, thousands of girls urgently need sponsors so they can build a fearless future like Juliet.