From the moment she could carry a bucket, Semira would gather the water, cook the food, and collect the firewood for their family. Her three brothers would play with their friends, or relax under a tree. None of them thought anything of it – it was just how things had always been in their community in rural Ethiopia.

Doing all the chores made it hard to keep up at school, but since Semira knew that her parents would be looking for a husband for her as soon as possible — most likely before she finished school — she supposed it didn’t matter. It was one of the things that was often expected of girls in her community. There were other things too — like girls being forced to marry a man who had abducted them instead of fighting the crime, or having their genitals  “cut” by a traditional practitioner to protect their family’s honour.

“I thought all harmful traditional practices were useful,” says Semira, “and I used to respect and protect them like any other community member.”

Until she was 13. Then everything changed.

Because of child sponsors, World Vision invited Semira and the other boys and girls in her community to a workshop to learn about gender-based violence and what it looked like in their community. Community educators were also invited. Semira was shocked as she heard how the traditional practices she had always thought were normal – like child marriage, marriage by abduction, or female genital mutilation – did real and devastating physical, psychological, and social damage to girls. She discovered how they were stealing girls’ childhoods and shattering their futures. She also learned that she could do something about it. 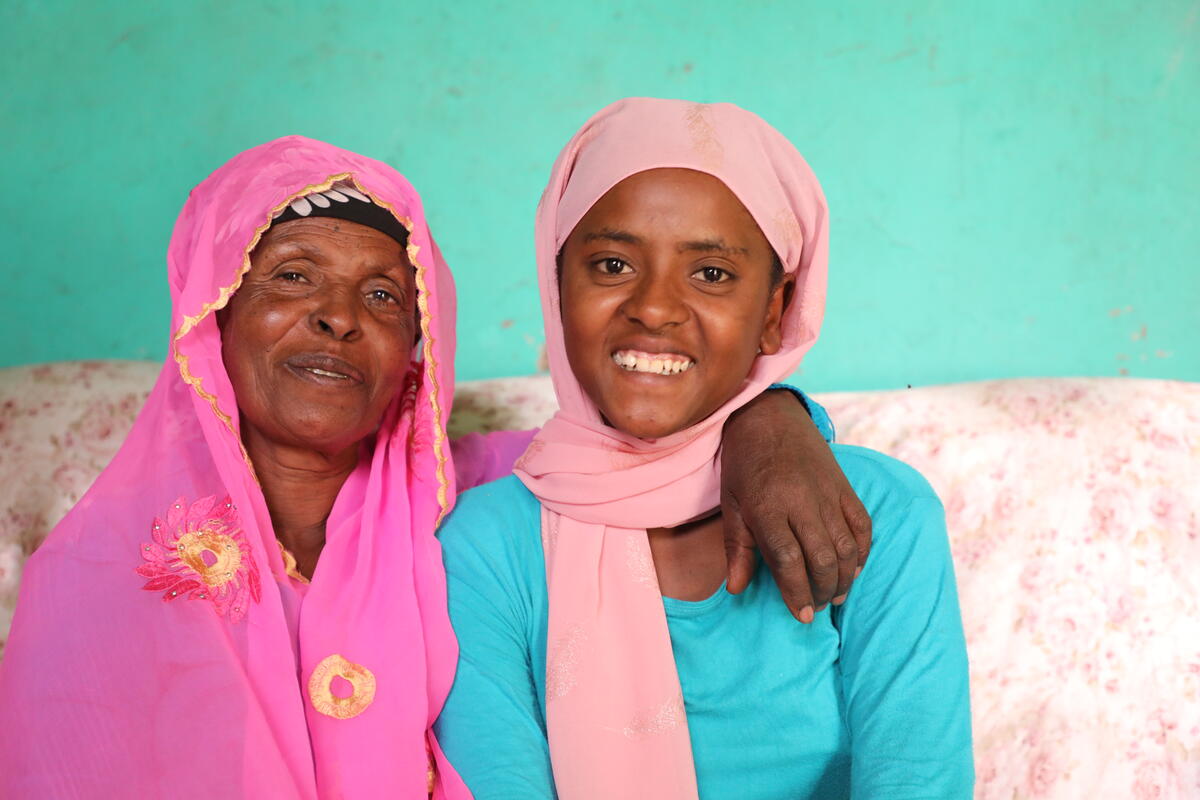 “I learned that the traditional practices were harming girls,” she says. “I [decided to] give my time to fight the practices and make the community aware of the health, physical, and psychological consequences for the future of girls.”

Semira formed a girls’ club with some friends and got to work.

“We teach about the impact of early marriage, female genital mutilation, and uvula cutting once every week at our school,” she says. “We also travel from school to school [to] teach children to say no to harmful traditional practices like early marriage and female genital mutilation. When there is a big community gathering, we teach the gathering about the effects of the practices through poem, drama, and music.”

Now she is 15, and Semira and her friends are making progress. More children are joining the fight to end harmful traditional practices. Children all over the community report rumours of harmful practices to Semira’s group, who in turn report it to their school directors, and the police.

“This is the most important thing I can do for my generation,” she says. “I have dedicated my life to fighting and eradicating harmful traditional practices. If we girls are united, we can eradicate these practices from the face of my country forever.”

Her work is making a big impact in her community. Amina Tuffa, head of the district’s Women, Children, and Youth Affairs Office, says, “We have witnessed that after the awareness training, the frequency of harmful traditional practices, especially early marriage, reported has significantly reduced. Children have played a significant role in the reduction of harmful traditional practices.”

Semira sees the world very differently today than she did just two years ago. Now she has a new dream.

“I want the community to allow for girls to get educated,” she says. “Girls have a role to play like any other citizens in the development of their country. I hope and wish to see girls in leadership places.”

One girl, one community at a time, the cycle of gender-based violence and injustice in all its forms is being broken.

Right now, 1,000 girls like Semira are waiting to break down the barriers standing in their way. Sponsor a girl by October 11, International Day of the Girl, and join the movement for change.