What had taken Ana time and hard work to achieve was shattered in a fit of rage. Ana moved from capital city, Tbilisi, to her hometown in West Georgia together with her two sons, 6 and 13, to start a new life.

“After family broke down I began thinking on how to support economically my children, the only thing that came to my mind was sewing atelier. From my childhood I remember myself with needle and thread. I was always sewing something, repairing or redoing,” she says. “This was my beloved job, I used to dream about a sewing atelier in those days.”

With small savings and big hopes Ana started to equip an atelier .She purchased a sewing machine and an overlocker, rented a small room, and began to advertise. “I created a Facebook page and promoted my work through social media,” she says. “Time by time my business started to bring me some money that was supporting my children.” 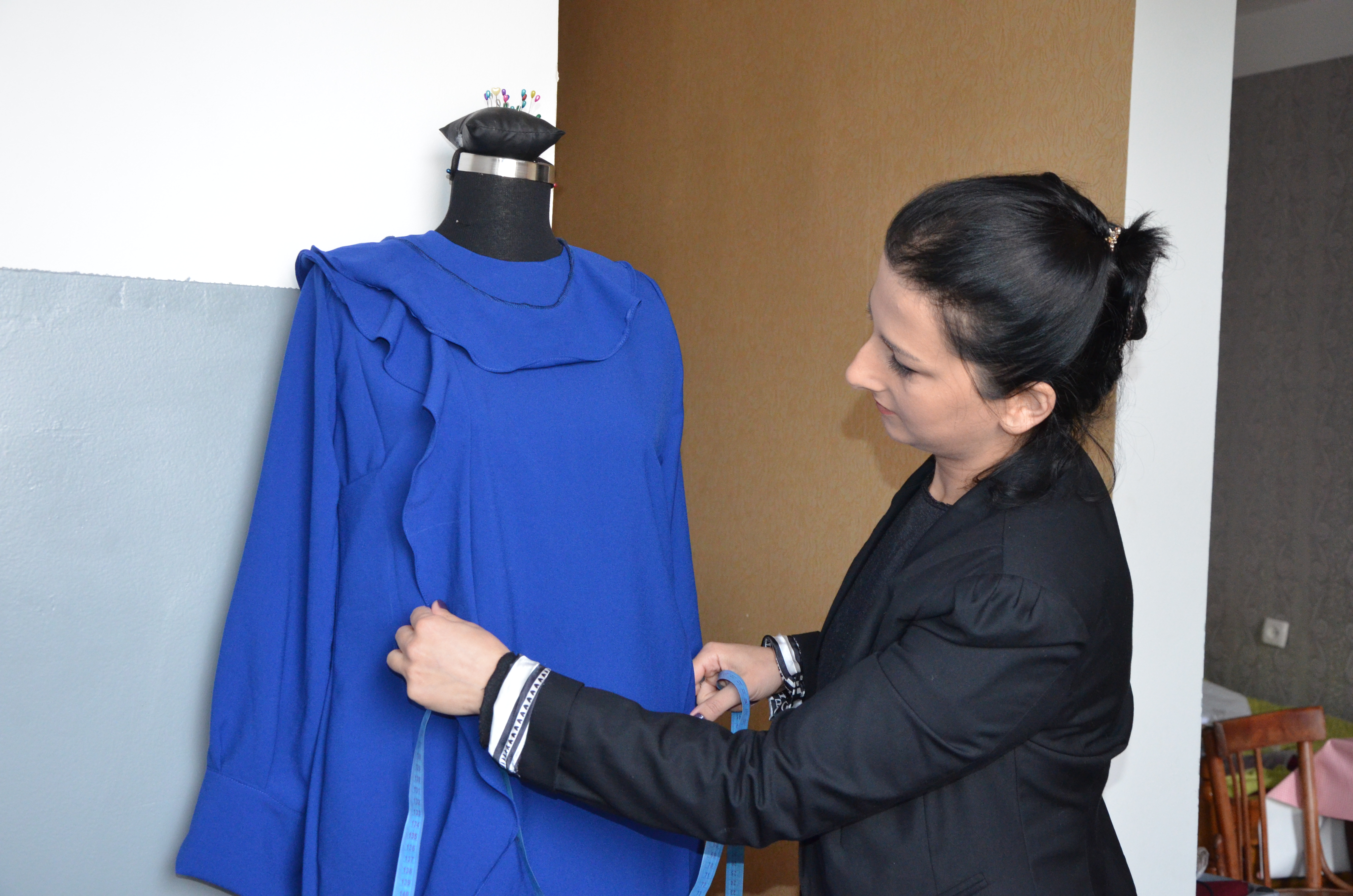 Life was improving and so was Ana’s mental health. And then came that terrible day.

Her atelier was attacked and all the equipment ruined. The case is still under investigation.

“This was the moment when I lost hope,” she says.

“I had to figure out how to get back on my feet somehow but I could not find strength in me.” Ana felt so alone.

I knew that I was the only person who had to ensure that my children are fed, educated, comforted and safe.

In this very difficult time, Ana heard from her friend that World Vision had small grants for women. “At first I did not want to apply, as I could not believe that someone could help me,” she says, but Ana managed to put herself together and try again. She approached World Vision Imereti Development Centre.

“When we first met Ana, she was in a critical situation,” says Maya Kamushadze, Imereti Development Centre Social Worker. "She was a single mother of two children, with no place to live, and zero income. We immediately started thinking on our future interventions.”

“Before, everything I knew in this profession was acquired from practice,” she says.” The vocational training was a big support for me, now I feel more confident in my work.”

In order to help Ana to overcome economic difficulties, World Vision Imereti Development Centre decided to support her in recovery of her sewing Atelier, purchasing everything that was destroyed. Ana has been back in business for three months now.

“I started rebuilding old relations with my former customers,” she says. “I lost some of them because of a big pause, but still even in this difficult period, when many people lost their jobs because of the pandemic, I still receive orders. Every day I have work to do”.

She is a role model for many women

says Miranda. “We hope that soon she will be able to support other women in overcoming their problems. Every day we see she is becoming stronger and searches for new ways to broaden her business.”

And now Ana has dreams to grow, says Miranda. “With our support Ana just submitted a business plan for purchasing leather sewing machine and we hope she may win a small governmental grant for this,” she says.

Even though the most difficult period is behind, still every day is a struggle for Ana. She has upcoming trials with her former husband and her main concern is to lead her children into this process in a healthy way, so that they are not more traumatized.

But now she knows that she is not alone.

“Sometimes I think God has sent to me these people. I am in constant communication with Maya and Miranda. “They are the people who make me believe that my future life will be much better than it used to be.”