The drought currently hitting Angola is considered the worst in 40 years and has resulted in a significant increase in food and nutrition insecurity. The World Food Programme (WFP) Hunger Map estimates that 6.7 million Angolans have insufficient food consumption; this includes  37 per cent of children under age five

World Vision in Angola is partnering with the Government of Angola to implement the PFSS (Programa de Fortalecimento do Sector Saúde). Working alongside the Ministry of Health and the Provincial Directorates of Health, Agriculture, Social Affairs, Women and Family; Culture, and Water, World Vision is implementing a multi-sectoral response to drought in Huila Namibe Cunene and Cuando Cubango Provinces.  This intervention saves lives and reduces suffering by implementing activities in agriculture, nutrition, economic development, and WASH (Water, Sanitation, and Hygiene).

Government-created reception centres for families who left their homes searching for food are at capacity in many municipalities in Southern Angola. World Vision contributes to enriching services these reception centres provide, through direct food assistance to children from six months to 10 years old through community kitchens.

The community kitchen of Lufuma, in the municipality of Chibia, depends significantly on food products provided by World Vision.   The community kitchen was launched in June of 2021 and caters to over 300 children with two meals a day, while the elderly receive soup on a daily basis.

The community kitchen operates within the Lufuma recreational clubs three lunch halls and, according to Ms. Olga - the head coordinator - most children have had an impressive recovery:

"Often we get three or four children from the same household here, but we’ve had good results,” Ms. Olga.

At a reception centre in Bibala, cooks hired by the provincial government of Huila provide corn-soya porridge mixed with oil and sugar to vulnerable families who arrive in more significant numbers every day.

One such family is that of Quinquilia.

Quinquilia arrived at the reception centre having walked over 150 kilometres from her commune in the Interior of Huila, with her son and her sister's family under the scorching sun by day and unbearable cold by night.

During the trek, Quinquilia's sister died of hunger leaving behind four young sons and baby Noah.

"We are grateful for all the support we found here in Bibala. We get to have a good meal, at least once a day, which is more than we could provide for our children back home," Quinquilia said.

As dire as the situation may be in certain parts of the country, World Vision's partnership with communities in the southern region of Angola and government entities has enabled many families to avoid a further loss of life through the multi-thronged approach to the project.

In the Vifolo field school, in the commune of Bata Bata in Huila, women, and men receive training on agriculture and food preparation to keep their families well-nourished. 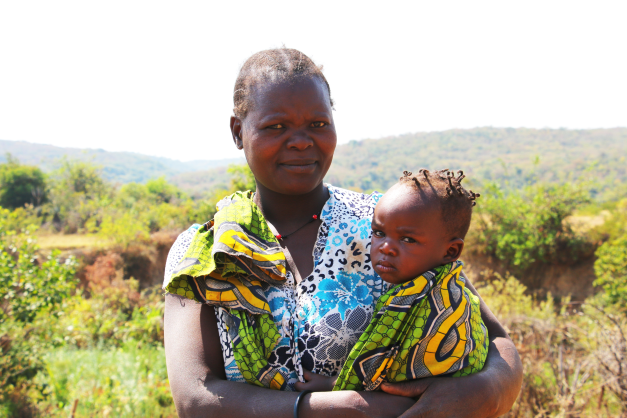 Florença has gained proficiency in farming cabbage, carrots, and tomatoes; she says her life changed when she joined the project. The 40-year-old mother of eight was born in Lubango and came to live in Vifolo with her husband, Francisco. The crops she harvests are exclusively used for household consumption. Currently, Florença's husband is unemployed and spends most of his time in the city of Lubango, but working and learning from the Vifolo field school has given them hope for the future.

As part of this training, farmers within various communities have been provided with the knowledge to detect and refer suspected malnutrition cases to health centers with the help of community agents.

Domingas Ucale, a mother of eight and grandmother of four, is grateful for the assistance she has received from community health agents trained and monitored by World Vision to ensure that children diagnosed with malnutrition receive Ready-to-Use Supplementary and Therapeutic Foods. 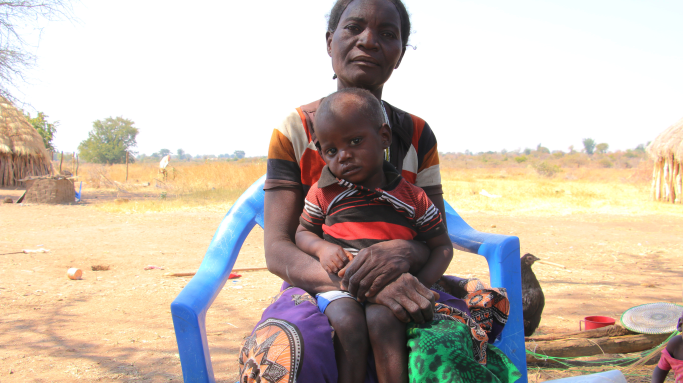 Domingas' grandson, Kamati, started exhibiting symptoms of diarrhoea while she was away caring for one of her children in another commune. When she returned home, the community health worker assigned to her village helped her find a solution for little Kamati's health. During a visit to Domingas' commune, the community health worker also diagnosed Kamati with malnutrition and organised for the transfer of the young boy and his grandmother to the nearest Emergency Nutritional Unit.

Kamati is part of the 74 percentile of children diagnosed with Severe Acute Malnutrition who recuperated after being enrolled in the treatment programme.

In Cunene, in the commune of Mapupu, World Vision's integrated approach to the response to drought and malnutrition is evident, dynamic and encompassing the entire community.

Throughout the Southern region of Angola, World Vision equips over 240 health facilities with weighing scales, altimeters, tape measures and, therapeutic and supplemental foods. In addition, training is provided to medical and logistics teams in Hospital Centres, Health Centres, and Health Posts that respond to cases of malnutrition.

Predictions indicate that food security and nutrition security will remain compromised through 2022. Additional funds will save lives, reduce suffering, and help us build resilience in the lives of children in the most vulnerable communities.

The Health Sector Strengthening Programme (PFSS) has benefitted over 600,000 children with nutrition screening, 86,000 from treatment for severe and moderate malnutrition and caregiver counselling. A further 2,000 people benefitted from vegetable garden production.